After watching Arizony blurp their way to victory yesterday I’m saying that the winner of this game is the NFC champ. It looks like RB Lynch is back on the field today. The usual fart-makers that must talk about things are wondering if he’ll be ‘ready’. Hmm, do you think that a Pro Bowl back with fresh legs might possibly be an upgrade over something called a, and I quote, “Christine Michael”? I do. Just looking at the both of these teams I must say, THERE’S A SHIT-TON OF TALENT HERE. DO YOU HEAR THAT JERRY REESE? IT CAN’T BE THAT HARD TO DRAFT WELL. [upends table that has nothing on it] Sorry. Where was I? Right. You’d think that mega-CB Norman would be matched up against WR Baldwin (he of the 13 TD’s in the last 9 games) but the former is a baby that only rarely plays the slot receiver. (don’t tell him I typed that) Speaking of tough assignments S Chancellor gets to be roasted on a spit with an apple in his mouth by TE Olsen. “Fat Chance” is great in run support but if Seattle wants to blitz he’s gonna be on an island that features quite a few balls whizzing overhead. CB Sherman does follow the opposing #1 WR all over the field and that spells bad news for Ted Ginn. Years from now when you hear the phrase “a rising tide lifts all shitty receivers to career years” you’ll think of the Ginner and have yourself a nice martini. (may apply to myself only). One guy that might be under your radar is Kawaan Short. The Seahawks have struggled against dominant DT’s (just like everyone else, duh) like Donald (Rams) and Atkins (Bengals) and short led the league at his position with 11 sacks and 16 tackles for a loss. The man tasked with going after QB Newton has sacked him 7 times in 4 games-OLB Irvin it’s time to do what you do. HAVE AT IT YOU RAPSCALLIONS!

“Clock is of the essence” isn’t a thing you should say.

What about “milking that clock dry”?

“…sitting on the clock.”

Those are two very impressive….trees she’s standing between.

Here’s some Lily for you, Sill

No Lily is making me a sad panda:

“What, like you mean her parents weren’t both white?”
-Chip Kelly

Welp. I fell asleep at the half. What the fuck, Carolina?

Carolina should have lined up and punted on first down, just to make Carroll paranoid about what they might be up to…

FAKE IT AGAIN! THEY WILL NEVER EXPECT IT!!!!

NOTHING BUT FAKE PUNTS

This is exactly how I would OC for every team ever.

MANAGEABLE DOWN AND DISTANCE HERE TROY

“Can’t get it on your own? X gonna deliver to ya!”
-DMX with a prescient vision of his future career delivering pizzas.

Been to Wyoming once as a kid. Great place to kill animals or die horribly in a car accident at the bottom of a frozen ravine. Good times then…

HOW were they not looking for that? Even fucking Joe Buck was!

But did we ever actually have men on Warren Moon?

“Week in and week out, you see Michael Bennett make plays!”

[replay shows ball doinking off side of his helmet]

That counts as a pass deflection, right?

evilbeaver8
Reply to  The Maestro

JJ Watt counts those as sack/fumbles.

If I looked like Papa John I would not want my face on TV as often as he does.

He’s usually standing next to fetushead, so…

Dok, we need you to do your own set of these TurboTax commercials.

The always up Russell Wilson.
Yeah, he said it.

the king in yellow
Reply to  Beastmode Ate My Baby

“You on a diet or something?”
-Andy Reid

I would like to dip my balls in that

Well, at least now I know how I’m going to die.

For the record, it’s actually WYOMING that doesn’t exist.
http://www.slightlywarped.com/crapfactory/curiosities/2014/september/images/theories_really_exist_04.jpg

Where? Never heard of it.

There’s actually just a big sinkhole there. It was first mentioned as a “state” by suffragettes, as an example of a “place” where women were allowed to vote. This was originally a speculative fiction, much like Utopia, but it worked it’s way into the lexicon and now many Americans believe it is a real state!

Wimminz is aloud too vote?

But I’ve been to both places…

But how much of N. Dakota do you actually remember?

Sure you have, that wasn’t a government injected hallucination AT ALL.

Wouldnt mind a pick here to make it interesting

Shame the Stillers had to let Cotch go.

Shame the Jets let Cotch go. I made a lot of Jerricho Turnpike jokes. And it worked because they were still at Hofstra.

/Yes, I know Hofstra’s on Hempstead Turnpike and not Jericho, shut up.

I played a lacrosse match at Hofstra.

I don’t know why anyone would want to go there.

So Carolina is just going to run the ball for three and outs the rest of the game, right?

Marty Schottenheimer would have been so hard for that.

It isn’t the blurst of times… yet.

Sill Bimmons
Reply to  Moose -The End Is Well Nigh

Now I know what I’m having for dinner.

hoooooly hell what a catch

Get the fuck out of here.

My happiness is less than it was a few minutes ago. 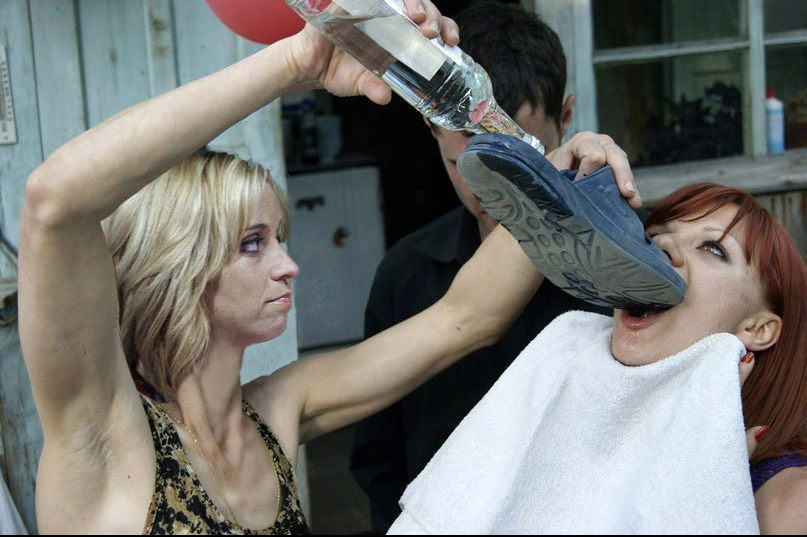 Does anyone else get a little uneasy when Buck says “…goes down in the arms of…”?

If evolution is “real” then answer this? How come when my dog got under the fence of that industrial waste site he just died instead of “evolving” immunity against toxic chemicals?

No, no no. It’s his PUPPIES that get the immunity! Duh.

Can’t argue with that logic!

I accept your surrender on behalf of the scientific community.

God put too much air on that throw.

Eh, my vote is with Anybody.

Hey, don’t blame me. I voted for Kodos.

the king in yellow
Reply to  Doktor Zymm

Bill Simmons wants the credit for being the bigger twitter cancer

Moose -The End Is Well Nigh
Reply to  makeitsnowondem

makeitsnowondem
Editor
Reply to  Moose -The End Is Well Nigh

I saw it! Great shit. We have the Greenies dental treats for the cats and they’re awesome.

Moose -The End Is Well Nigh
Reply to  makeitsnowondem

Should be on the banner.