Oh well, brackets are dead. Now, we can excise our souls of filthy lucre, and focus on the purity of hate.

Behold, the bland competence of Jim Larranaga and the prettay…prettay good Miami Hurricanes. If you can look past the fact that NC State whipped their asses. I wouldn’t count on Buffalo circling the wagons on them tonight, though.

This one screams “upset city” to me, so if you are gambling-inclined, bet the mortgage/food/insulin money on the Hoosiers.

SO MANY INITIALS! As a red-blooded American (whose alma mater has never been a 1 seed in the expanded format era, if ever), I always root like mad for the 16 seed in their Quixotic quest to topple the windmillian #1. I assure you I have never done so harder than I will tonight. AMERICA NEEDS YOU, valiant soldiers of the Credit Union squadron.

Oh, hai there, Team Secular Big Love, hoops edition. Are you any good? Not really, huh? At least you’re honest. Still probably enough to get to the Sweet Sixteen, and almost certainly enough to get past this ragtag bunch.

Wichita State advanced by 20 in the play-in game, and looked like shit doing so. That’s quite difficult to pull off. Nobody fucking knows what to expect out of Sean Miller’s bunch, last seen getting their pants pulled down around their ankles by a gaggle of Ducks (and no, that better not be the last Oregon rape joke we read on DFO tonight).

Caffeinate for this one, it could be interesting. Kentucky is an up and down team, and the Seawolves have a REALLY good power forward who could make things mighty uncomfortable for Coach Cal’s bunch.

MOAR offensive basketball, huzzah! The Men of Troy are led by Coach Andy, the man who led the aforementioned Credit Union side when they had their “Dunk City” S16 run. Beet juice is apparently their secret now, so look for frequent “coach, I need to take a shit” timeouts. Also, Providence is better than people think. Dangerous team if they make it through.

Ah, Gonzaga. Finally, having fallen out of favour with the committee, and having burned through all of their ancient Cinderella fan goodwill…watch the fuckwads stop fucking around and start winning games now that nobody’s picking them. There IS some talent there. And the Hall may just have shot their wad taking out Nova for the conference crown.

I have a big day tomorrow, as it’s the ultrasound where we could/should find out the gender of our baby. Here’s hoping it’s a boy.

I just yawned for so long that I drooled on my keyboard.
OK, admittedly alcohol might have play a partial role as well….but that doesn’t change the overall point.
I need zzzzzz’s before basketball resumes in only (checks clock)….holy shit…REALLY???
Sleep tight folks.

I think 3 typos in succession means I should go to bed.

So my dick dad by blind luck accidentally fixed his computer today. I knew the problem, how to fix it but not the source because I didn’t have time to look at it and the limited time I did have, I had to explain every troubleshooting step I took and what I learned off it and he always is the asshole looking over my shoulder (like most) or that wants to be at the keyboard to “learn” . It is gonna be even more of a pain in the ass to fix his computer next time because he without knowing what he did got it right. (deleted in safe mode, that I got him to send an email, a second antivirus software that was conflicting with the services the OS uses [he blames me for installing it, I have used the same antivirus for 10ish years now and delete any other if I see it])

As someone who knows next to nothing about computers, but is the go-to fix it guy for computers for both my mom and mother-in-law, I feel your pain. They’re like toddlers. You could feed the toddler and they’d be done eating in minutes, but, they think they can feed themselves and insist as such, resulting in you sitting in a chair trying to get any semblance of food in their mouth for at least an hour. as they put the damn food anywhere but where it’s supposed to go.

I’m craving some Ouzo right now, so, here’s some Rembetiko from the movie Rembetiko, which was really good.

This thread could use some Haifa Wehbe IT’S THE GIRL FROM THE COFFEE SHOP!

Hey Sill…Sill….Sill
SIILLLLLL!!!!
I was a good boy and took out my contacts. I just…you know….wanted to make sure you knew that.

Still 100% working off the IASIP soundtrack, but I should let WBS I do like another Bon Jovi song

Sorry Sill, not meant to be a reply

And yet it is me who is confused.

I said I didn’t like Bon Jovi other than one song before, I added a second song I did like.

But….wasn’t that the one I posted when you said you liked it?
Let me scroll back momentarily……..
Yes.

You should stop at I didn’t like Bon Jovi.

WTF do you know? You’re all high and shit.

I gotta side with yeah right on this one.

GODAMMIT!!!!!
Don’t piss me off. Because if you do….there’s really not much I can do about it.
(fuck)

I can’t find it, but I assume I am in the wrong and take full blame.

You might be talking about the track off Slippery When Wet, which is very similar to Blaze of Glory, and which I’d link here if the fascists would embed…but they won’t. And by they I mean….YOU KNOW WHO I MEAN!!!!!

Sorry for no Turk Dance with this

This a really good song to have blaring in your car during a long road trip.

You want something Turkish?

You want something Turkish?

And as I drink another pint and have anther smoke it all comes back to the Pogues!

SPRAY PAINT FOR ALL

My tastes are eclectic and…
HEY SHUT UP.

Another song that was a favorite of little Wakezilla, Suicidal Tendencies’ “Institutionalized”

The remake in the early 90s is pretty garbage because lets be honest, who the fuck drinks that camel piss known as Pepsi?

Fuck and all of the yesses!

WCS….don’t you make me start posting country.
And I’ll do it.

[calls in coordinates for air strike]

“What are you listening to?”
“Rick Astley. Whats up?”

OH….BUT THAT YOU EMBED????
Starting to feel a little picked on over here…just saying.

I feel the need to apologize for this one, but I’m not gonna.
As an early Bon Jovi fan, and a fan of the Young Guns films, you can all bite me.
Bon Jovi – Blaze of Glory

Blaze of Glory is a beaut. I haven’t heard that song in years and I’m pretty confident I know 95% of the lyrics.

Nah, wouldn’t touch that with a ten-foot cattle prod.

Wifey and I have agreed that the next time we’re back in Philadelphia, we’re singing this at every karaoke night we can find at our previous regular bars.

Here’s my first ever favorite song that I remember liking and asking my dad to repeatedly play on cassette.

One of my favorite all time albums.
/hangs head in shame

We are never gonna pick up the ladies with that weak shit.
You’ve got to earn how to get hardcore and deal with it.

Earned it?
That shit was bought and paid for Seamus!
.
Whassup Commentariat?

Damn glad your part of the family.

Oh shit….I gotta go take my contacts out before Sill kicks my ass.

WCS went back to the 80’s, I will follow, my first 80’s band I thought of tonight was Hall and Oates

…say them last May. For being two dudes in their late 60’s, they still can kick ass.

But, it was Hornsby who actually wrote it, and gave to Huey as a favor. An interesting TAEK on his own song:

This made it to #1? Really?
I must have been totally fucking high that whole year.

Alright, so it was ’87. You were still probably high that year, too.

Here’s to hoping this video is ad free.

I’ve got a Sunday Gravy post that will make you want to cook this Sunday. I promise!

I AM THAT HIGH!

I don’t get it.
Johnny Carson is as funny these days.

This isn’t normal for anyone else? 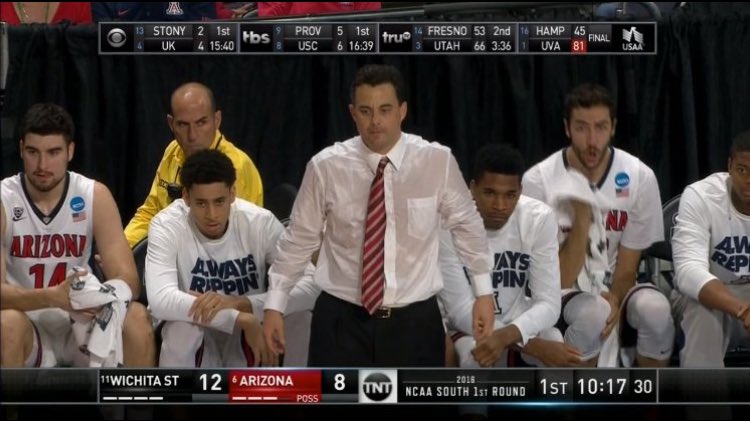 This is why you’ll never not see me with an undershirt.

May as well skip ahead to a wetsuit.

I never really didn’t want to not see you not in an undershirt.
Or something like that. You know what I fucking mean.

So, some of you cheesecocks don’t like Rush? Watch this and be proven wrong.

Who doesn’t like Rush?
Give me names and addresses.

Lifeson is da shit.
Fuck all you who say otherwise.

My first concert I ever went to was Rush. Neil Peart did a 30 minute drum solo and it was amazing

Nugget #2 about my family and Rush: My dad booked them to perform at highschool dance in the early 70s #thatsactuallykindofacoolstorybro

Sorry. Most of that is directed at ‘Zona.

Yeah, i got them wrong. Luckily, I had them losing in round 2, so, no big deal

It’s actually 02:13, and the fear has been gone for a while. Don’t know about the gun, though…

Even this cat wants me to stop posting.

I love cats, but you should show it this:
http://www.cinemacats.com/wp-content/uploads/movies/natlamchristmasvacation03.jpg

Never let the pussy control you. You control the pussy.

I was closing my earlier Melissa Joan Hart tab from earlier and came across this. Am I alone in thinking she looks like an angry gf/wife scolding you while sitting on a toilet? I would assume it is morning and you spent all of the last night getting drunk on here instead of spending time with her in this scenario

Frankly, I am just amazed that this is her.

Only because it’s badly cropped.
http://2.bp.blogspot.com/–YWjwrY2D70/UVVPTdCZC6I/AAAAAAAAPn8/3PrEZNeb954/s1600/melissajoanhart_21.jpg

One last tune then I’ll back off of the Irish mostly.
Fan of the band not a fan of the team.

Yeah, I know what he turned into. But early his stuff was pretty good….
Billy Squier – In the Dark

Fun watching basketball, now to relax with some Johnny Carson.