A frequent guest-star on the award-winning seventeenth season of Here Come the Brides as well as Petticoat Junction: The Outlaw Years, Vic Darlington was arrested in Miami for poodle smuggling in 1986.Fleeing to the United States to avoid prosecution, he worked as a delivery boy for Señor Pizza until finding a steady gig as the bassist for the Johnny Zed Power Trio.He currently lives in North Hollywood with his trophy wife, two meerkats and the world’s largest collection of second-hand bowling trophies.

JJ Fozz: Fine. Hey…creepy girl who looks like a kid…

Angry Girl Scout: You know, you really have a way of getting under my skin.

JJ Fozz: It’s that special way I have with people.

Angry Girl Scout: I can appreciate that, actually. Most people suck.

JJ Fozz: Tell me about it! They drive too slow in the left lane, they wander through the grocery store without a clue, they can’t make up their minds at the bar…you’re at a bar, dumbass, order alcohol!

JJ Fozz: A lemon drop martini might be stronger than a beer, but you still look like a dumbass holding one.

Lord Revisisle: Little girl…you should really let us go. We have friends…people who’ll miss us…

JJ Fozz: She’d miss her prize collection of beakers more than us.

Lord Revisile: He’d have to come down out of his haze long enough to remember who we are.

Angry Girl Scout: You heard me! He’s not your friend! He’s not anyone’s friend!

Lord Revisisle: I think we hit a nerve.

Angry Girl Scout: You losers wanna know why I hate you so much?

Ballsofsteelandfury: Not if it’s going to make you more upset…

Angry Girl Scout (ignoring Ballsofsteelandfury): It was a long, long time ago…

Rikki-Tikki-Deadly: In a galaxy far away?

Angry Girl Scout: As I was saying…it was a long, long time ago…

Cut to: A flashback of a very young Scotchnaut on the playground with young WCS and an infant Old Scool Zero. Scotchnaut and WCS are playing cards while OSZ makes mud pies.

Li’l Scotchnaut: This is boring.

Li’l Scotchnaut: We can’t drink, we can’t go to the movies we wanna go to…

Li’l WCS: The ones with boobs!

Li’l Scotchnaut: You know what we should do?

Baby OSZ (holding up a handful of mud): Wan’ pie?

Li’l Scotchnaut: No, I mean a tough gang. Like the Warriors.

Li’l Scotchnaut: Well…me neither, but I saw the movie poster!

Baby OSZ (his face is all muddy now): Pie gone.

As the boys make their plan, a girl in a scout uniform approaches. She looks exactly like the Angry Girl Scout, but less angry and more perky.

Perky Girl Scout: A gang? Like the Greasers? Hey, I wanna join!

Li’l Scotchnaut: No, not like the Greasers! That’s just dumb! An’ besides, yer a girl.

Perky Girl Scout: That’s stupid! Girls can too be in a gang!

Perky Girl Scout: Can too!

Li’l Scotchnaut gets up and leaves. Li’l WCS shrugs and grabs Baby OSZ’s hand and follows.

Cut to: The present day, where the Angry Girl Scout is drawing the last of the arcane symbols on the floor.

Angry Girl Scout: So, on that day I swore vengeance on Scotchnaut, and vowed to destroy anything he created.

Angry Girl Scout: Oh, that. Well, you know, when you pledge your soul to the dark powers, immortality is one of the fringe benefits.

Angry Girl Scout: Of course, I have to keep the dark powers fed. Which is where you guys come in.

Ballsofsteelandfury: I do not like the sound of this.

As the room gets dim, an eerie glow forms in the pentagram. A shape begins to take form, wrapped in supernatural mist.

From inside the mist a guttural voice answers.

Beastmode Ate My Baby
A frequent guest-star on the award-winning seventeenth season of Here Come the Brides as well as Petticoat Junction: The Outlaw Years, Vic Darlington was arrested in Miami for poodle smuggling in 1986. Fleeing to the United States to avoid prosecution, he worked as a delivery boy for Señor Pizza until finding a steady gig as the bassist for the Johnny Zed Power Trio. He currently lives in North Hollywood with his trophy wife, two meerkats and the world's largest collection of second-hand bowling trophies.
Please Login to comment
15
33
0
20

Man, I’m almost disappointed that Angry Girl Scout has a sympathetic backstory now. After working with the Scouts for at least 5-6 years now, I’ve grown to… strongly dislike them. They’ve been unbearable the entire time and act surprised when they actually have to pay for the art they have commissioned. They think they deserve to have everything donated to them because they’re the Girl Scouts.

Moral of the story: I hope Cookiethulu gives that bitch what she deserves.

Eh, I gave her a (weak) motivation, not an excuse. Remember, this is still the same girl scout that ran over Otto Man. She’s still going to be a series villain. Really I just wanted an excuse to have Baby OSZ eating mud pies.

I think you got JJFozz spot on.
No, it’s called a Baltimore neck tie. C is for Cthookie, that’s good enough for me…

Nicely done as always. Although I think you meant “Pre School Zero”

FREK! I can’t believe I missed on that one.

[DFO] is gonna need a wiki page so I can start following all this stuff because I just cannot keep up.

Yeah, I’ve actually thought about that. HRTN is a bit dense… Do I need recaps?

I was in a gang in fourth grade. Keep in mind, this elementary school was an all boys, Catholic, military school. I shit you not.

It was the Charlie’s Angels Club – we worshiped the Angels. I got busted with a pack of Charlie’s Angels trading cards by The Man – actually it was my mom. My dad confiscated that stash, probably still has them today.

In the CAC, we did some bad shit, like being mean to other kids and ganging up on nerds during dodgeball games, and I remember one of us throwing an apple at another table during lunch.

One day, we went too far and the gang was broken up Sister Ruth. I remember her saying we should consider to be like other groups. She specifically mentioned the Lion’s Club.

Anyway, I’m still a CAC lifer. Always will be. (Jaclyn Smith was my favorite Angel.)

“I was in a gang in fourth grade.”

As if we didn’t already know Fozz was from Charm City.

Catholic military school. Yikes. Was this your uniform?

We looked like miniature mailmen. Had rank, medals, the whole thing. They also had NCOs and officers from the Army and Marines as advisers – those guys were super fucking cool and taught us the filthiest marching cadences ever.

Here is one that I still remember to this day:

Up jumped a monkey from a coconut grove
Mean motherfucker you could tell by his clothes
Black jumpsuit and a black beret, he was a paratrooper all the way
Lined 100 girls up against a wall, bet a $100 he could fuck them all
Fucked 98 and his balls turned blue
Then he backed off, whacked off, and fucked the other two 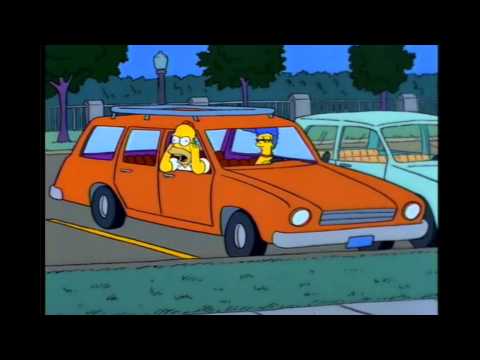 The amount of shit I took for wearing that uniform and going to that school was unbelievable.

I used to beg my parents to send me to the local parish school. In hindsight, I may have been mocked but at least Father Roman Hands didn’t get me.

So this wasn’t your swim team?

Let’s do that again. Said the priest to the altar boy.

“Here is just a sample of some of the low expectations Catholicism found on social media.”

Where did that quote come from?

By a coincidence of sorts, I’m on the fourth season of The Wire. I do not believe any of the characters are representative of young jjfozz.

WILL THIN MINTS SAVE THE DAY? OR WILL TAGALONGS DESTROY US ALL? TUNE IN NEXT WEEK!

Thin mints steal a piece of your soul every time you eat them. #samoas4lyfe

Seeeeee that’s just frustrating. You say something True and Right, but then you tarnish it with your Coconut Cult craziness. Samoas are fine, but in the Cookie Wars they are Hungary- aligned against all that is good and true, but without street cred of the Hugo Boss-designed uniforms

After you guys have your little girl scout cookie civil war, I am going to oppress you so hard with my pants-autocracy.

I will defend this with my blade and my gun. (The blade is a broken bourbon bottle, the gun is a slingshot.)

For God’s sake wipe that mud off your mouth and speak ‘murikan.

That was my favorite line this week.

It was so good I had to explain this whole series to my girlfriend at 7 in the morning in order for her to fully enjoy that line.

That is awesome. I think that’s the best compliment I’ve ever had.

So, young perky girl scout is Isabella from Phineas and Ferb?

What movie is this from?

Cookiethulhu is my new favorite horrible monster of all time!

Also, Baby OSZ is freakin’ adorable, and I usually think babies are gross.

I DIDN’T KNOW IT WOULD COME TO THIS. I’M SORRY! 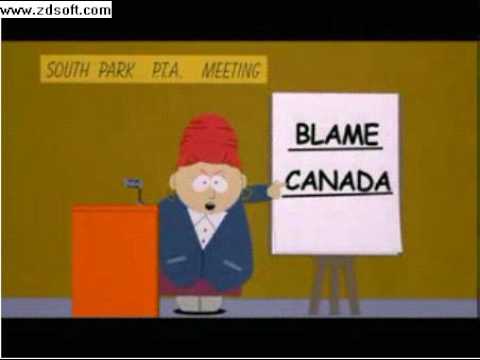