Yes, my friends, ESPN is #branding this as the bestest gosh darned opening weekend you ever did see…but for reals, that is really more about name value and TOP matchups. It sure as shit ain’t about depth. As you will note in my viewing guide below, your remote control batteries will get a RedZone Channel sized rest this soggy (yeah, East Coast Bias TILL I DIE, muthaflippas) September Saturday.

I dunno exactly WHY we are so hell bent on making the people of Ireland like terrible college footy. I was going to compare it to the degradation of the Old Firm Lesser Footy rivalry, but that’s fookin’ Scotland. Anyway, read the linked article and ya’ll larn soomet, ya bloody yank. You don’t want to set your alarm for this, which may or may not count in the ACC standings. It will have no bearing on who loses to Louisville/FSU/Clemson for the league title.

Hey, give credit where credit’s due – no matter how much teevee green they threw at Bob Stoops…this is a ballsy opener to agree to, especially on the road. The Cougars are a tough foe, and likely the only legit Cinderella contender to run the table and earn a seat at the grown-ups’ table in January. The Big 12 is a shade down this season, so Boomer Sooner could also use a statement win for style points.

HAI, cousinfuckers!! We see you over there. This is mostly a viewer’s guide for WCS, so he don’t forget. But in case Okie shits all over Houston, a backup plausible option is nice to have. Mizzou could hang around. Or not, it’s week one and the fuck do I know about anything??

This is a really interesting table setter game. The Aggies are unranked (how can this be PAWWWWWLLLL??), but you know there will be raw talent and a hostile atmosphere. Josh Rosen is a legitimate Jewish Heisman candidate, which would totes ruin OJ’s Fred Goldman joke. SUCH A PITY. Anyway, the Bruins will start getting national playoff contender talk if’n they win in College Satition. BUHLEE DAT!

This is on the not yet frozen tundra of Lambeau Field, for the first time EVAR. Sadly, Keith Jackson is dead, and Les Miles was almost fired one year before he could have munched this rarified sod. I literally can’t smgdh enough. My brain is so fucked, I was sure Miles actually WAS fired before I Googled him to find out where he was now, and who replaced him. Holy fuck, am I ever stupid.

The Dawgs are still starting the sad sack reject QB who couldn’t cut it at UVA. This ain’t a good sign. If I am dead by my own hand on Sunday, it’s because the Cheaters won in the Dome.

This game has the fun/interesting backstory of the Trojans coming to Tuscaloosa to play Bear Bryant’s all-white Tide, and whipping their asses. Supposedly, Bear scheduled it as a “lesson” to the Board of Trustees as to why he needed to be able to recruit black athletes. Because he knew any argument based on simple human decency wouldn’t be worth his breath. Local black folks – barred from the segregated stadium – sat on a nearby hill and cheered every SC touchdown. Long story short, fuck Alabama.

Another bit of good scheduling, by Clemson’s idiot savant Dabo Swinney. Go on the road, get tested in a VERY hostile environment on the Plains…but almost surely win the game. This should help when those tough Louisville and Florida State games come ’round the bend. Plus, good teevee.

The always popular insomniac/DVR/West Coast/tweaker special. I know nothing about either side this season.

Sigh. Too bad the Longhorns still suck out loud.

Chad Kelly, ultimate redneck QB for Johnny Reb, is still kicking around. Perhaps they can make things interesting, though FSU is so loaded for bear on D, it will be hard for even Jimbo Fisher to screw it up. And that’s saying somethin’ coming from me.

Can we have Mike Carey be a recurring character a la Bizarro?

What would his hook be? Talking like he knows what is going on while constantly being corrected behind him by someone that actually knows the rules. Maybe change the setting to any other job. Actually I talked myself into being behind it.

No, just straight up Bizarro

Like Superman or SeaLab 2021? or some other third option I am missing?

I was thinking Superman, but now it just seems stupid.

You know I’m counting down.

What’s up brothers and sisters?

I’ve been without home DSL for 3 days and the new modem doesn’t get here until next week so all my shit has been mobile.

I don’t know how to embed videos!

I am going to hate you for awhile.

We’ll get past it.

I was going to post Britney Spears’ Toxic, but I unironically like that song (or maybe it’s just the video)

My biggest complaint about Windows 10 has to be the update system. I have it set up so it is supposed to do it Wednesday at 7 am (I picked the time I would never be doing anything, and if someone calls me asking for computer help then I can say “Sorry, Windows is updating. I am going back to sleep. Never call me again”). Instead it happens randomly and I get a message warning me it is gonna shut down my computer no matter what, or just shuts down with no warning. I am not ok with either of these. I have a good chunk of my school work online and with 1 attempt

(The Wednesday aspect is just my schedule now. When I get a job that obviously will have to change)

Why did Dabo Dabo! DABO! not kick a field goal there?

Also Fresno State declined the penalty, which is even more awesome. 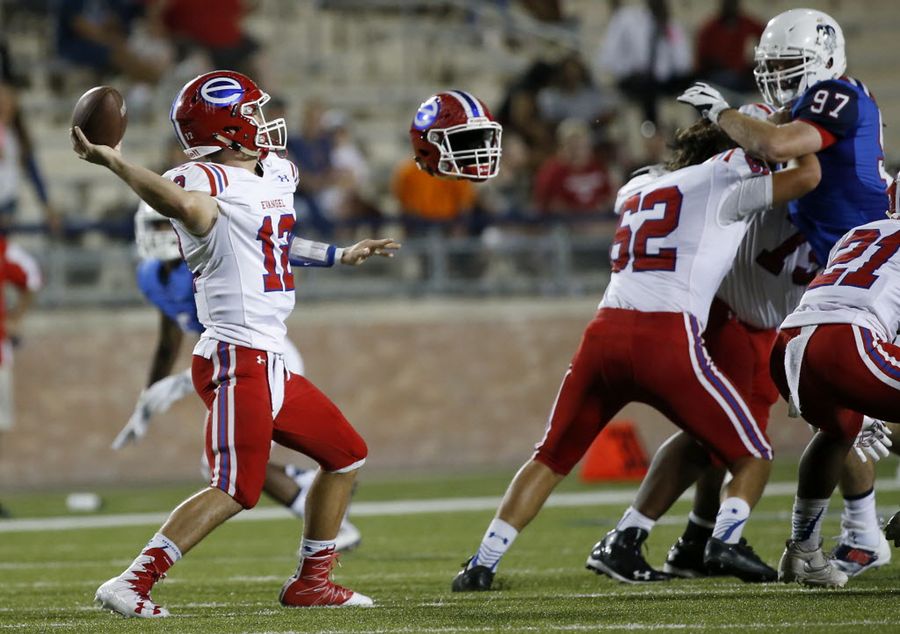 Well, at least now I can stop OD’ing on football today.
Screw off, Clemson.

The Niners are super fucked. You know it’s bad when people are shocked that Colin Kaepernick still has a roster spot on a team that’s starting Blaine Gabbert, controversies be damned. Fucking Saban. Wins 52-6 against the #20 team and he’s still finding shit to bitch about.

This is the same guy who complained about winning a national title, because it cut into recruiting time. There’s zero chance any of the children his wife gave berth to were sired by him.

Men, I just finished my first rounds of Secret Hitler, and I have to tell you, it was fucking amazing. I’m not a huge board/strategy game aficiando, but I think it’s the best game of all time.

I just read up on it. That looks really fun! I wish I had a group of friends that played board games…

If there’s a way to make it a drinking game, bring it to Vegas.

Anything is a drinking game, but pretty sure I’m out for Vegas.

Balls, you just need five. You can make that happen at a SoCal DFO meet up.

So 16 of the Browns 53 man roster are rookies. Holy shit is that team hard up for talent.

If your team is a dumpster fire that has been burning for 20 years it makes sense to throw out as much of the stuff that is on fire and hope the next things you throw in are less flamable.

As opposed to their old strategy of trying to put it out with “water” pumped in from the Cuyahoga river?

Now that was funny.

My father used to say that any day Carolina loses can’t be all bad.
He was also wolven, btw.

I know not everyone likes him, but this always cracks me up:

I’m not really a fan, but I don’t hate him. That was funny though. And he gets used as a punchline but don’t people hate his stereotypical fans more than him.

These Dr. Pepper ads make me actively want to avoid drinking Dr. Pepper out of spite.

Fuck. I realized that I’d scheduled the draft over the holiday weekend so I hoped this would be more amenable.

We’ll work something out.

Oh, no worries. I’m sure the kitchen will slow enough down by 9:00. I should be fine as long as I can draft on the Yahoo! Fantasy Football app on my phone.

Well this Alabama-USC game should put to rest the argument about what would happen if a SEC team played against a professional team.

…and I know that my darkness will NEVAR go away

Been listening to them quite a bit lately.
Shocking, I know.

Yeah, they be hanging in. Not bad.

was wonderin’ where Kenny Hill (from TAMU) went, anyway. He went to TCU. 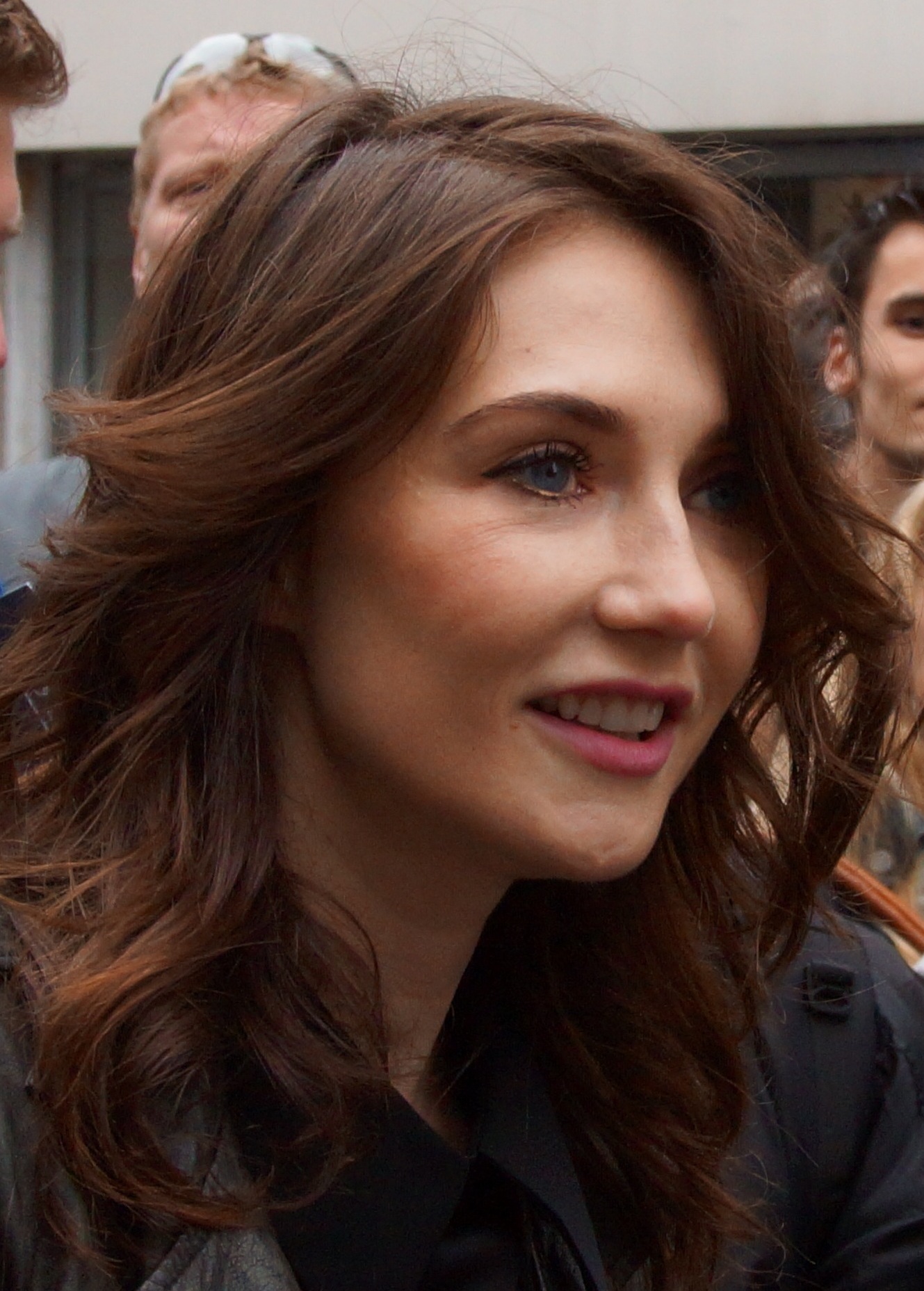 After the WI/LSU game, the inevitable began bubbling up.
I’m going to say this slowly and clearly. …ahem…
STOP TRYING TO MAKE LAMBEAU SUPERB OWL A THING! GODDAMNIT YOU PEOPLE IT’S NOT A THING. NEVAR.

But Wisconsin in late Jan/early Feb is beautiful. It has -20 degree weather. Snow. A city with no decent hotels so the teams all have to stay 40 minutes away in my town.

Yeah, from my house to there is 25 min, but I am close enough to the highway, the added 15 is getting downtown because while Appleton is surrounded by highway on all sides it takes 15 minutes from any exit to downtown.

Testify! Shortcuts are few and far between too. From the hotel Richmond would be quickest.

Hey kids. I just got back from spending the day saying

Any really dumb trades or methadone binges whilst I was away?

Excellent. I love days where I don’t miss anything.

You uh…do you got any methadone?
/asking foar a friend

You had one job, USC.