Whom amongst us isn’t tired of the Broncos?  And a resurgence in Oakland?  Come on Universe!!!!!!

Yeah, yeah, yeah.  Fine, I get it.  This is a marquee matchup which very well could decide the AFC West outright before is all said and done, or even with tiebreakers.

OK, maybe I care a little, because I am hoping that it won’t be a game in which the suck is so bad that I want to slash my wrists by the 5 minute mark of the 1st quarter.  Not to mention that the meteor still could show up so that’s always something…

Currently, the Broncos and the Raiders are both tied atop the division, along with KC which could barely get past the freaking Jags earlier today.  Jeebus.

Anyway, whomever wins tonight takes a half a game lead for the top spot in the division.  Whomever loses drops a half game into third.  And the whole world will still hate all three of those teams regardless of how it plays out.

Trevor Siemian has not set the professional footballing world afire necessarily.  But he’s been steady enough to give the Donks a fairly good chance at returning to playing in February.  Which is frankly pretty amazing.  But Derek Carr has been better for the Raiders, but no defense is going to cost them sooner or later.

The big question tonight is can Carr continue his miracle season against Denver’s defense?  I kinda don’t think so.  Time will tell.  If the Silver and Black attack takes care of business tonight, the division is theirs to lose.  Ken Stabler is impressed.  Oh no, wait…he’s dead.

Basically, these are two teams on opposite sides of the coin in every way.  But the eye test tells me that Oakland’s offense is not as stout as Denver’s defense.  And that Denver’s crappy offense has a slight edge on Oakland’s crappy defense.

The equalizer might be home field for Oakland.  Vegas sees that equalizer as well, thus Oakland is a -1 fav at home.

But failing that, let’s call it…..

30-24…Denver takes over sole possession of the division at 7-2 and further solidifies their playoff picture.

theeWeeBabySeamus
An unapologetic, even if often manic-depressive (it's a requirement given his choices of sports teams), fan of NC State University, the Baltimore Ravens and the Baltimore Orioles. When not parked in front of the computer and/or TV, can often be found on the golf course shouting obscenities to no one in particular.
Please Login to comment
177
208
0
30

I’ve always been very pro-democracy, but this election is giving me pause.

“The best argument against democracy is a five-minute conversation with the average voter.”

I wish this picture provided more context, but uncircumcised, deceased dicks with prince alberts are likely considered NSFW by you prudes.
http://i0.wp.com/gamerssphere.com/wp-content/uploads/2016/09/ashvsevildead-SE02-19.jpg

Game keeps going like this and there won’t be any stabbings in the Coliseum tonight!

Jesus. Thursday’s game is a big pile of shit.

When was the last time the Browns had a Sunday Night game?

Didn’t we have that game on Thursday already?

Kubiak’s Broncos are a lot like dealing with politics. Everything on the left is useless.

Based on the results of today’s games, was there an announcement that whoever wins the NFC North will be devoured alive by scary aliens?

Time zones and time changes eat balls. Time for meltonin and sleep. See you on the flip side.

THIS DENVER BRONCOS TEAM I CALL A BUSY SEX WORKER BECAUSE THEY HAVEN’T HAD A REAL, HONEST O IN MONTHS

AND EVERYTHING IS A STICKY MESS

I DONT LIVE IN NEW HAMPSHIRE! STOP ADVERTISING YOUR SENATE RACES DOWN HERE!

There never was a catch.

There was one catch.

I do not like nor do I understand this playcalling.

Someone should see if Kubiak smells burned toast.

There should be a law that any young couple that wishes to have a baby must first raise a German Shepherd puppy for it’s first year. Christ this dog is a pain.

All right just checking in to see that everyone is still alive. God help us all Tuesday. Get out and vote. I’m not giving my country over to a bunch of assholes. Be well and take care guys.

I’m not comfortable living in a world where the Raiders are competent. Of course, Leicester won the Premier League, Cleveland won a championship, and Herr Drumpf is about to become Fuhrer.

Not if I can help it.

At least the Cubs won the World Series! Woooooooooo!

You obviously missed the 1970s.

That whole decade was a party. It was great. We just didn’t know it at the time.

OK, the time to get really fucking drunk has arroved. B/W that and exhaustion, I expect to be asleep before haltime is over. It’s OK to ignore this msg….that seems to have become SOP where I’m concerned.

I am me, and I read this message.

Don’t tell us what to ignore.

BLEERGH gaveth and BLEERGH taketh away. Just as foretold in the prophecy. HAIL!!!

If they’re gonna make a big deal about ineligible players, why are the Browns still in the league?

Just got reminded I had asparagus at dinner

For them yes. The other depends on which Chappelle shows up.

WHY is Denver calling timeout? So JDR can get the ball back after they score here and get even MOAR points??

I’m sleepy. Totally ready to get on the mobile nap tube back to chicago. If the raiders win the division, does that make them more or less vegas-bound?

I thought they already had a team: 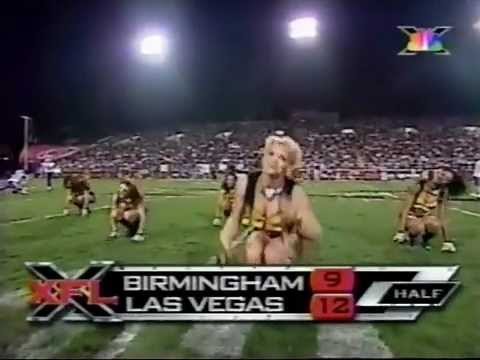 I legit hope everyone who votes for Trump dies in a fire.

“Who, my cousins? Been there, done that.”

Which alley was that?

I did the early voting thing last Wednesday. I was really hoping to find this option:
http://hdclarity.com/wp-content/uploads/2015/11/resetbutton.jpg

New cable provider did not have YouTube channel but phone casts the TV! entropy wins again!

Did Mark Davis have his own soda fountain-themed luxury box?

Fucking Christmas commercials? Can we wait until the 15th at least?

NO! BUY NOW! BUYBUYBUY! IF YOU DON’T MAX OUT YOUR CREDIT CARDS THEN THE COMMIES HAVE WON!

HUH?! WHAT?! FUCK YOU, COCKWALLET! THE LIBTARDS ARE WAGING A WAR ON CHRISTMAS, AND THE BEST WAY TO FIGHT AGAINST IT TO SIRE 19 CHILDREN! SO SAYETH KING LASERFACE!

YOU BETTER ASK SOMEBODY!!!!

How many games will that fat sack of shit cost Oakland?

Field goals are too easy, guys.

Tell that to the NC State kicking game.

Amazing how easily this team scores. Now if only the other MSG resident would get it’s shit together

Okay am I the only one who wants The Raiders to make the playoffs and beat New England in a Montreal Screw Job type finish? Karma.

RTD is the prettiest princess and don’t you forget it!

He is kinda cute. I could have groped him back in July.
I’ll get another chance in December.

“So Mr. Elway…how many years were you in the league?”

I saw Boltman in person and lived! On the minus side, the Chargers fight song is now permanently stuck in my head. San Diego is a lovely city. Fun visit 🙂

Yeah that disco song will never leave my mind, along with fish tacos. Who the hell can eat that shit.

“JOIN ME AND TOGETHER WE WILL RULE THE GALAXY!”

Do you get a button or T-shirt that says “I SURVIVED BOLTMAN”?

Well, not so much the BOLTMAN! part. I can do without the delayed-onset insanity. But I would like to visit San Diego again sometime.

A real stroke of genius on that series of plays!

I have started to work from home, I fucking love it. It’s the simple things like cooking a fine breakfast or during laundry on a Friday.

Sometimes I take a bath during lunch when I work from home. It’s glorious

Da Fuq are you talking about.
Did you do ‘Shrooms again?

The best part about working from home? Having sex and/or jerking off on the clock.

I worked from home like 30% of the time, and it kills my productivity. 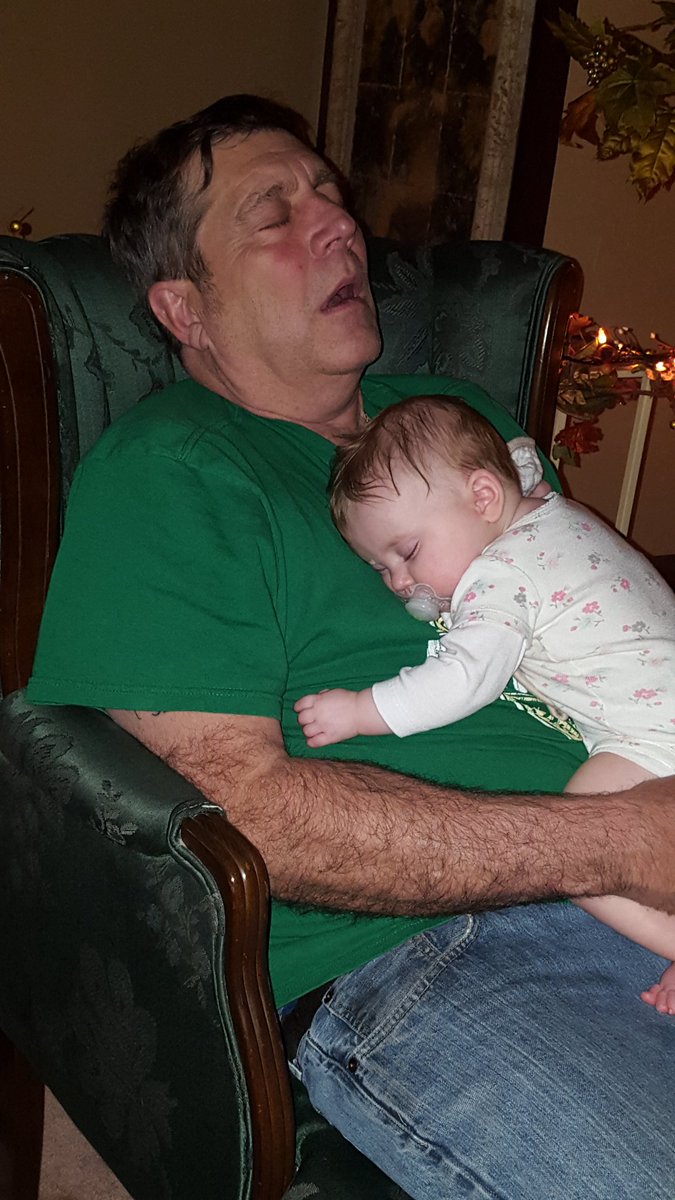 How The Hell we doin boys?

Good to see you, bud. Syracuse still eats shit, though.

You think I don’t know this. I remember when we were good. This shit is tiring.

Me too. I’m not even drunk, but feeling the need to nod off.