The OL is, indeed, a fatal flaw. RT play has been the absolute bottom of the barrel, and LG not much better. Independent of that, Trevor Siemian has been bad. Certainly not Brock Lobster bad (Texans, hahahahahahahha), but definitely not that marginal improvement over re-animated corpse I was hoping for.

But that defense? Yeah, still badass fearsome. You may have heard a little something about this…

Thusly, the Donks are 7-3, and the two most likely final records (if you ran a bunch of Monte Carlo sims) would be 10-6 or 11-5. Not bad for such a lopsided team! And pretty much what I rose-glasses predicted to start things off with. But alas, those pesky Raiders are flying high at 8-2, and even the boring-ass, shitty Chefs share Denver’s record (with a superior conference mark).

For the division to be in question, Denver likely needs to finish at least 12-4, with a sweep of KC and a home takedown of Oakland to end the season. In other words…start watching the wildcard race.

How did that post twice while I was on a plane with no Wi-Fi?

Disagree on Trevor Siemian; he is playing like a rookie with a bad line with conservative play calling for both of those reasons. He makes some bad reads occasionally, but is far more careful than some experienced QBs (say Fitzpatrick for instance); right now he is a ~20th which is to be expected. If the line played better it would improve his play dramatically; he’d have a running game and a touch more time… plus he might make it to the end of the season. If he gets the shit beat out of him like last week we’ll see the raw Lynch. That was against a team that is not very good at rushing the passer. He has good touch, a strong arm, and he has proven he’ll stand in and take the hit to get the throw off. Just don’t stand in to be murdered.

The whole line plays bad at times, and a few of the games they are just grabbing and getting the holding calls. At this point the center is the most consistent blocker.

Donks are must-watch. That D can beat up anybody. If it were up to me, Broncos @ Raiders AFC Championship.

I’d take that right now, even in the Black Hole. There Will Be Blood.

Aboard the Airbus. I hope these pilots know how to fly this thing. Still at LAX.

Final destination: BWI, then the train ro Washington, then the subway to my mom’s house. Wish me luck!

Good luck! We’re all counting on you!

“This won’t be the first train arriving at your mother’s house today, Trebeck!” Well, I’m done for the day. Nothing’s going to top that.

I spent 12 hours in BWI when I missed a flight. At least it only seemed like 72 hours.

The guy next to me is going to Charlottesville VA, because his father shot and killed his brother. The guy on the other side is very gay (not that there is
is anything wrong with that.)

Maybe not through your eyes. But I can guess why the dad shot the brother.

Tie everyone together and have a group chat about the Gianni Versace murder.

No matter what happens, you’ll always have two years with Romo.

Oh God, if he signs up to play behind our line, he better go ahead and get his house wheelchair accessible now.

I’m really curious where Romo ends up (if as a starter). Good teams don’t need a QB who will last 13 quarters and, frankly, Romo should know he’ll be on his death bed by next October if he plays for a shitty team.

Dude should just be a backup and stay in DAL. I’m sure Jerruh will make him a player-coach for the QB corps.

I think he stays put, too. He probably knows the beating he’s taken has caused long-term damage and seems to content to collect a check as a clipboard holder.

I mean, short of like Big Ben getting a six quarter suspension for full-on digitally-recorded rape and Romo just being needed to hand the ball off behind a decent line for two weeks, I just don’t see how there are any mutually beneficial deals available for him in 2017.

you would think the “unlimited oxy, pussy, and adoration” in JerryWorld would suffice if he had any sense, but…

There’s no way that Jerrah pays that kind of money to a backup QB.

“Do you know how much hookers, blow and steam cells that can buy me?! I’M GONNA LIVE UNTIL THE NEXT JERR-LENIUM! YEEEEEE-HAWWWW!”

He’s getting traded to the Jets, Bears and Broncos this offseason. Hell, maybe even RAMIT at this point. 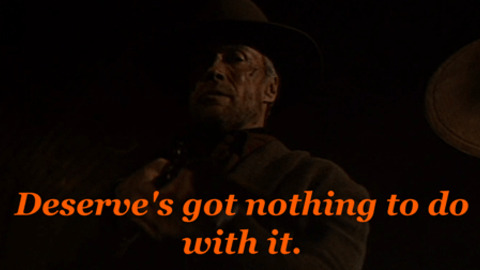