[Exterior, Space. The camera pans through the cold black nothingness of the void. The underside of a Star Destroyer slowly passes into frame, until the square launch bay is seen. A flash of light, and a pod is launched out of the bay.]

[Camera follows the pod as it streaks toward a planet completely covered in ice.]

[The pod enters the frozen planet’s atmosphere, streaking across the barren wasteland before impacting in a plume of snow. The snow settles and an IMPERIAL PROBE DROID floats out of the snow crater and begins to survey the desolate landscape.] 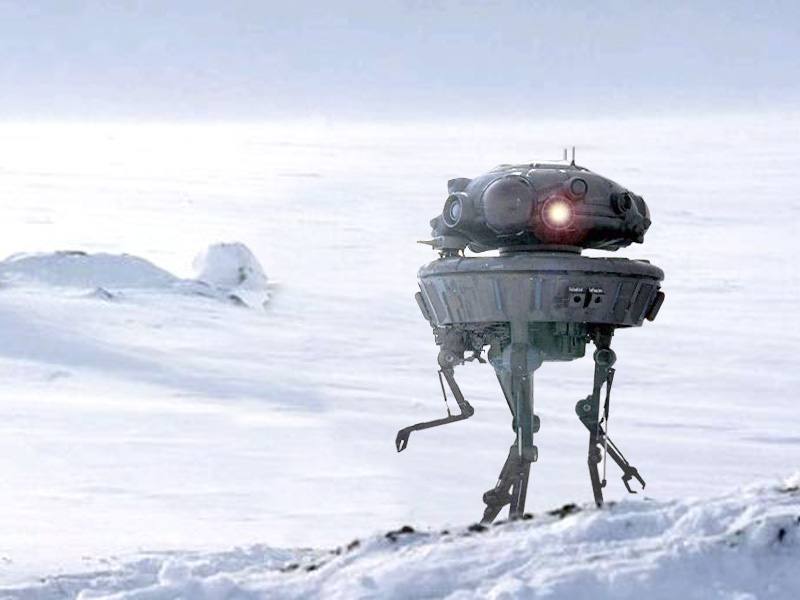 [Suddenly, a parka-wearing human and a giant hairy humanoid jump out from behind snow drifts and begin firing on the droid. A bolt from the latter causes the droid to spark and fall to the snow]

CARL: Ooof dah, that was some nice shootin’ there, dontchaknow. And by the winner of this year’s Miss Minnesota Pageant, no less.

CARL: Let’s get it back and sell it to those Jawas.

[Camera follows the pair as they drag their prize toward the Jawa’s massive crawler].

[Interior, Stadium. A figure stands with his back to the camera, hands clasped behind his back, staring out a high interior window which overlooks the playing surface. Far below, the Minnesota Vikings players are going through their warmups. A second figure, face creased with a permanent look of displeasure, strides into the room accompanied by six stormtroopers in gleaming white armor. The figure at the window turns] 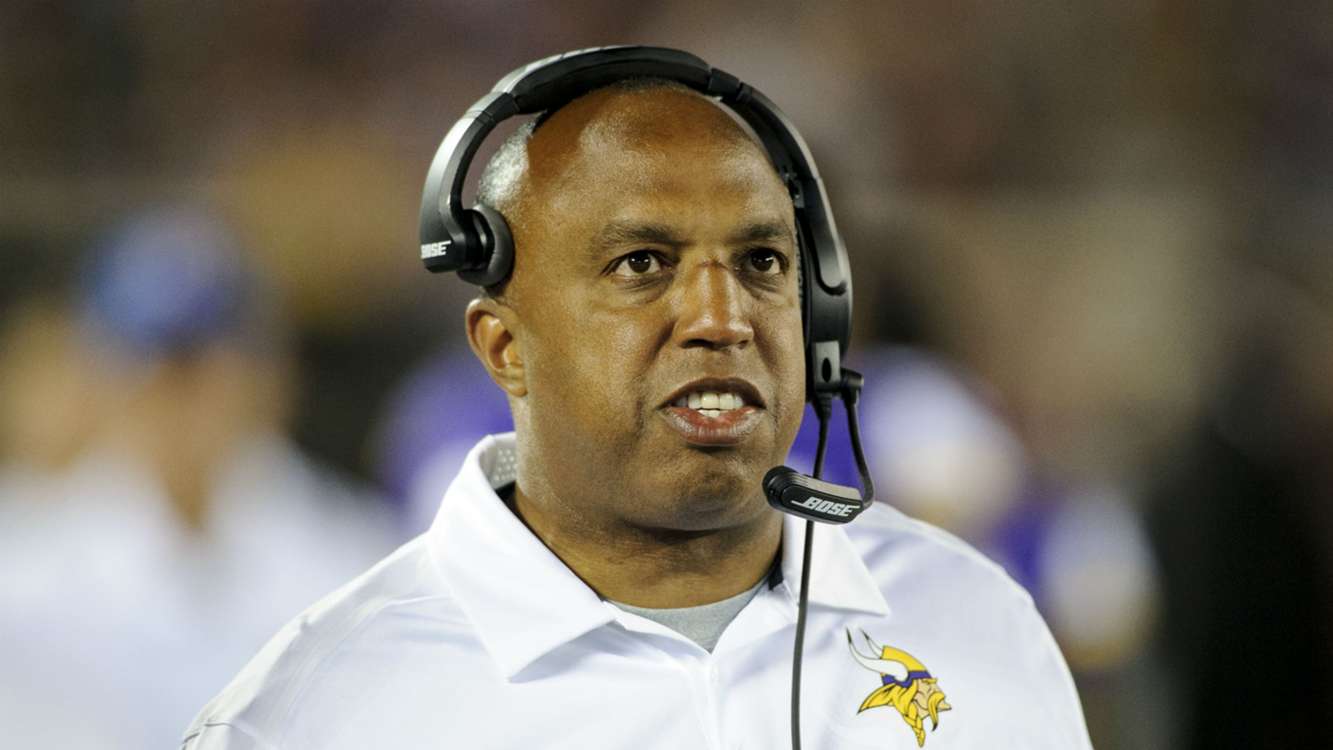 MIKE ZIMMER: After all the delays and problems with this project, Director Edwards, I am not certain I would classify your defense as a “superweapon”. Nor would the Emperor.

EDWARDS: The Emperor? He…he is displeased with my creation?

ZIMMER: He wishes to see it prove its worth, after the expenditure of so many draft picks. He would be…vexed…if it turned out to perform below his expectations.

EDWARDS: We shall double our efforts. It shall be fully armed and operational for this weekend’s game against Green Bay. We have a top-secret plan to stop Aaron Rodgers, and once the galaxy sees the firepower we shall bring to bear, fear will keep the other teams in line.

ZIMMER: I hope so, Director, for your sake. In the meantime, I shall be taking personal charge of this operation… 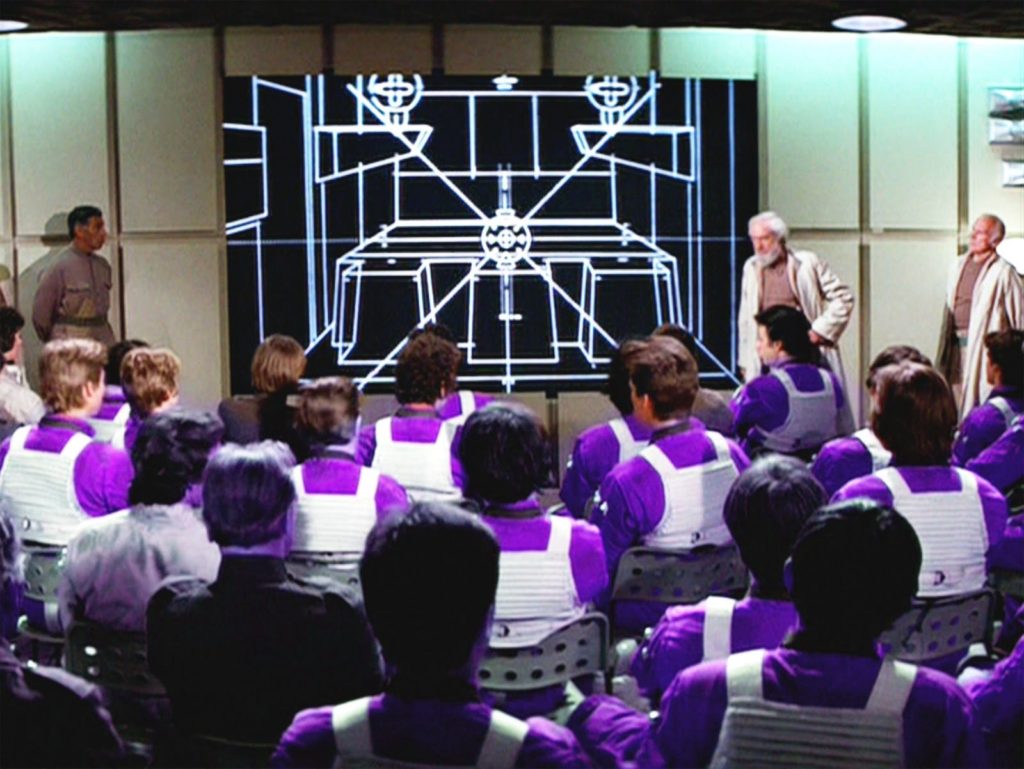 JAN DODONNA: We have pinpointed a weakness in the Green Bay offense, besides their lack of a running game. There is a wide receiver who, if hit, can cause a chain reaction which should destroy the offense.

DODONNA: Not this week- his name is Jordy Nelson. The target is less than two meters tall.

CAPTAIN MUNNERLYN: That’s impossible, even for a computer!

ADRIAN PETERSON: That’s not impossible. I used to whoop my kids back home until they were bloody, and they were way smaller than two meters.

MUNNERLYN: Why are you even in this meeting?

DODONNA: The target is better than almost everyone in the secondary, so we are going to have Xavier Rhodes shadowing him no matter where he lines up on the field.

TERENCE NEWMAN: What? I can handle him! I did the shuttle run in less than 12 parsecs!

DODONNA: First off, you’re a 38 year old cornerback- you can’t cover him. Second, parsecs are a measure of distance, not time. Did some Ewok manage to Trent Green you with a rock last week?

[Interior, locker room. Defensive players mill about, discussing the game plan. They gradually leave the locker room, until only XAVIER RHODES and NEWMAN are left].

NEWMAN: Man, I can’t believe this. My own team disrespecting me, like I can’t cover some white boy farm kid from Tatooine….

NEWMAN: One of those barren-ass places, anyway. It’s just not fair…

[A dark figure walks into the room. His body is largely encased in a mechanical suit, part armor and part life-support system. He walks slowly and with great effort, leaning on a walking staff. As he comes into the light, he is revealed to have two mechanical prosthetic leg, and a prosthetic arm]. 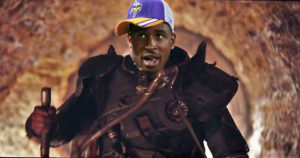 FRED SMOOT: Fair? FAIR? There is no “fair” in this league, my child. You must be willing to fight and kill and destroy anyone who stands between you and what you know is just.

NEWMAN: Who the fuck are you? And why are you talking in that raspy high-pitched voice? You sound like Clint Eastwood after a balloon full of helium.

SMOOT: I am Smoot Guererra. I’ve been fighting for the Rebellion since before you were born, my child.

NEWMAN: Aren’t you a year younger than me?

SMOOT: Shut up! Now listen: I was there when the Shadow of Wilf fell across the Vikings in 2005, and we made a pact then that we would resist  Darth Childress and all those who came after with everything we had. And for two long years I did that, using every weapon at my disposal: sullenness, backtalk, taking plays off. Even this.

RHODES: What the bleeding fuck was that?

RHODES: Why do we need to name it? Aren’t you just shoehorning something in there so that there’s a dramatic title to this piece-of-shit article?

NEWMAN: Yeah, but they did the same thing in the movie, so let’s just let it go. 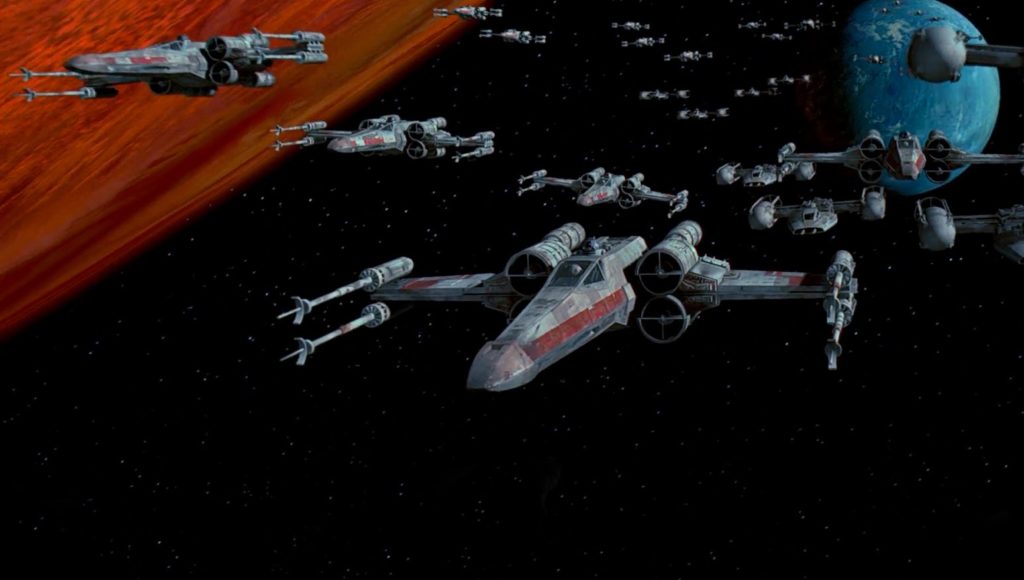 [Inspired by the force of his conviction and belief, the Vikings secondary follow Newman’s lead and throw themselves into a hopeless battle against overwhelming odds.]

MUNNERLYN: Purple 22, you’ve got one on your tail!

HARRISON SMITH: I can hold it!

ZIMMER: No, he’s behind you!

SMITH: I CAN HOLD IT! 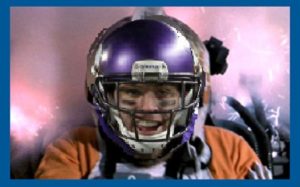 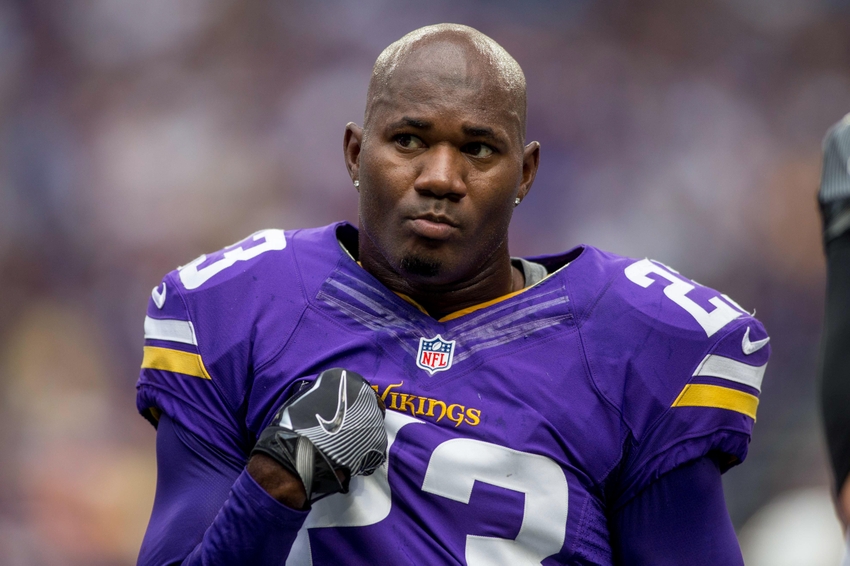 NEWMAN: I can hold it!

RHODES: The white dude just said that and then exploded!

NEWMAN: I CAN HOLD IT! [The fight continues unabated, men’s lives being snuffed out with only brief fireballs to mark their passing. The camera cuts to the sideline].

EDWARDS: Moff Zimmer, we have been betrayed! The defensive backs are in open rebellion! Nelson has 145 yards and two touchdowns, and it’s only halftime!

ZIMMER: This will not stand!

RANDOM VIKINGS LACKEY WITH A BRITISH ACCENT: My lord, the…the Emperor  himself is on the line. For you.

ZIMMER: [Gulp nervously, then walks over to the holonet replay booth, kneels and puts his face under the hood] What is thy bidding, my master? 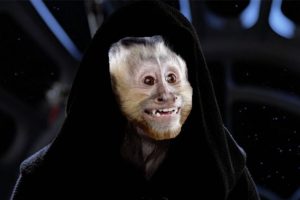 ZIMMER: Of course, my master.

ZIMMER: No, my lord. We shall not fail you.

ZIMMER: [Gulps, attempts to loosen the collar of his uniform] Yes, my master- we shall make all accommodations ready for your…emissary.

[Cut to tunnel leading to locker room. RHODES and NEWMAN approach the darkened tunnel, battered and bruised but alive.]

NEWMAN: That was the toughest half of football I’ve played in my life. We can’t repel play-calling of that  magnitude!

RHODES: Maybe if we had stuck to Moff Zimmer’s plan…

NEWMAN: No, we did the right thing. Nelson ran up so many yards, he’ll be too tired to continue gashing us like a Peterson child in the second half. Like Ali’s rope-a-dope.

RHODES:Your the only dope around here. Plus, the idiot writing this shit already made a Purple Jesus child-abuse joke. C’mon, get it together, Terence.

NEWMAN: We’ll make it work. We have a whole ‘nother half of football to play, and the best quarterback in the galaxy on our roster.

[As NEWMAN, BRADFORD and RHODES walk deeper into the shadowed interior, a chill steals over them, the premonition of darkness and doom inherited from our deep monkey ancestors]

RHODES: What…what is that?

NEWMAN: I’ve got a bad feeling about this…

[A red bar of light extends from a cylinder in the dark figure’s hand, accompanied by a snap-hiss that drops to a low droning whine as the figure looms ever closer]. 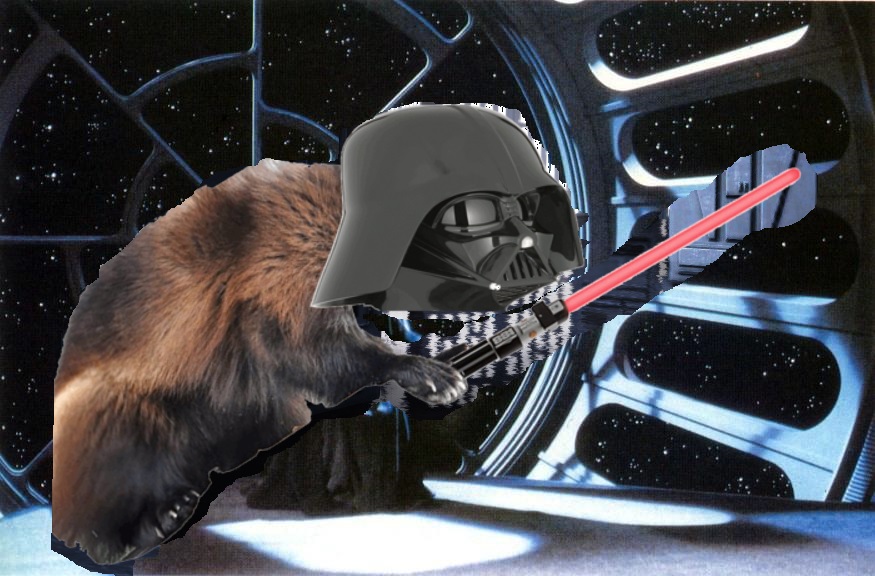 [Camera pans toward the tunnel wall as the red lightsaber begins slashing and whirling, casting lurid red shadows against the wall. Camera fades out to the echoing wail of suffering mixed with the harsh computer-modulated snarls, which slowly die away.]

Giant h/t to Low Commander of the Super Soldiers for Smoot and Darth Winkles. EDIT: Also big hat-tip to RTD for the briefing room pic.

I read this yesterday on my phone but wasn’t logged in. Just wanted to double back this morning and praise the author for this piece of work.

*Buzz* What is “Nicknames for Khloe Kardashian”

OT: Today is Michael Stipe’s birthday, and my avatar demands that I acknowledge it.

I thought this would end with Major Asshole, but it’s not a Dan Snyder post.

So is AP the main character for “Revenge of the Switch”?

My great fear is that the inevitable prequel will reveal the origins of Darth Winkles to be Christian Ponder.

I would read the ever-luvvin’ shit out of a Darth Winkles recurring story.

Amazing. This was fantastic, how many sequels and prequels do we have to look forward to in the empty months of the off season? With the off season soon to begin, we now have “A New Hope”…

Yup, just need to wait for my DFO shares to spike….

If you’re referring to the NFL version of “spike” wherein something is dashed towards the ground at a high velocity, have I got good news for you!