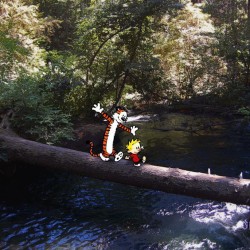 Latest posts by sunrisesunrise (see all)

Four games down, two to go. And the nightcap being a win or go home game! The organizers must have loved that. This is arguably the best $150 I’ve spent on tickets for a sporting event. If it happens at Petco again in 2021, I’ll definitely go again.

Puerto Rico was judicious with their pitchers in this game. It was a great strategy knowing they would only have two days off before playing in LA. 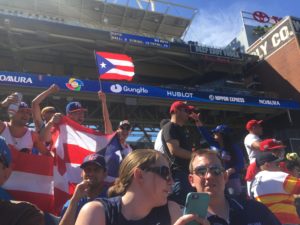 Puerto Rico fans turned out well again. Lots of drums and noisemakers. And Puerto Rico’s batters didn’t let them rest. Venezuela never stood a chance. I thought Puerto Rico was gonna run rule them in the 7th but I guess they wanted to get a couple more pitchers in for some work.

This had been an amazing week of baseball so far and there was still one more game to be played. None of this would have happened for me without the approval of my wife. With an almost 3 year old to wrangle and seven months along with our second child, I owe her quite a bit right now for giving me a pass on essentially a week worth of parenting. I am a lucky guy and I know it. So, Saturday morning before heading to the games, I took my daughter to her gymnastics class.

And spent an hour with them at Balboa Park in between games so my daughter could play on the playground. It was the least I could do.

It was a legit sellout for the win or go home game. The line to get in the stadium was pretty ridiculous.

A couple of guys in Barstool Sports jerseys complained the whole time about everyone being assholes (security, organizers, other fans). They seemed like fun guys.

I grabbed beers after making my way into the park. As I was walking to my seats, I was about 10 rows away and Giancarlo Stanton hits a line drive foul that a guy catches in his glove three rows behind my seats. Now I’m not saying I’d have caught it but damn if I didn’t get the chance to try. 30+ years of attending baseball games and I’m still waiting for that first specific souvenir. Although, since I’m currently rehabbing from a fractured wrist, not trying to catch a line drive off the bat of Stanton is not the worst thing.

And after starting off well, he tailed off quickly.

Both pitchers got their pitch counts up pretty quickly. Duffy thankfully was able to settle down after a rough first inning.

Giancarlo Stanton hit a mammoth home run into the second deck of the Western Metal Supply Building. Someone around me said the ball off the bat was going 117mph. Insane.

The picture doesn’t really do it justice but the fans were using the strobe light effect on their phones to distract the players. Couldn’t figure out if it was US or Dominican fans. It made for a cool visual either way.

Adam Jones’ catch was pure insanity. I was in the concourse when it happened. So I had to watch it on a small tv. But at least I got to watch replays of it a few times.

The Tampa Bay Rays were the last MLB team that I needed to find. I honestly didn’t think I would see it. I didn’t even know if the Rays had fans. Then, a young child in a Boston Bruins jersey and blue hat standing at the wall trying to get a foul ball turned around. There it was. The interlocking TB. I couldn’t believe it. All 30 teams represented in some form of gear at the WBC. It was perfect as the last team attire I witnessed.

So, are y’all gonna hate me when I tell you that I’ve only been to maybe 30 baseball games in my life, haven’t been to one in at least a decade, and that I HAVE caught a foul ball?

Yes, I wrote in it the date, opponent, and the player that hit it. And I still have it. I’m not a complete animal.

I went to a game at Candlestick in its final year before PacBell/AT&T Park opened for a Padres-Giants game. Ellis Burks was in RF and threw the warm up ball into our section. I had my left hand out and as I reached out, a ten year old kid stick his glove in front of my hand. Little shit snagged it from me. Closest I’ve gotten so far.

Low Commander of the Super Soldiers
Admin
Reply to  sunrisesunrise

“You should have just lied to him about that being the real ball. Always works for me. “

We saw the Binghamton Mets 3 years ago and a looping foul ball came back and hit an inattentive businessman on his head, and landed right in my younger brother’s hand.

He actually gave the ball to the guy out of pity, but when we drove home it became “Fuck that guy, I wish I kept the ball.”

No, not at all, we will hate you for other unjustified reasons.

We hate you because you are beautiful.

A couple of guys in Barstool Sports jerseys complained the whole time about everyone being assholes (security, organizers, other fans). They seemed like fun guys.

There was a couple like that behind me at Customs last week. When I finally got to the agent I asked him, as a personal favor, if he could do something to make sure it took another fifteen minutes for them to get through.

Even worse is when the parent is supposed to assist the child but would rather stand off to the side and check Facebook while their kid runs amok. I hate most people as it is but this experience has added a new level to that hatred.

$11. True it’s quantity over quality but sometimes I’d rather that than a $13 16oz Sculpin. Petco has a plethora of good beer options. Ballast Point, Alpine, Karl Strauss, Mission, Stone just to name a few. But you also are paying for that premium beer and it adds up really quickly. I’ve gone to many games and woke up the next morning wondering how I spent almost $100 with no souvenirs to show for it other than a hangover.

Also, you need to go to Petco Park. It’s a great stadium to watch a game. Great sight lines everywhere and if you go mid to late season this year or next, you can more than likely buy a cheap ticket and relocate almost anywhere you want.

This is most true. I’ve been to about 20-22 major league stadiums and it’s in the top 5.
Stay in the Gaslamp and walk to and from the game.
Great time.