Now let’s get down to business!

“The fanbase is achieving sentience as they are starting to talk about rookie Deshaun Watson and how long Tom Savage will keep the starting spot warm for him.”

Half a game, Savage lasted half a game. Since then Watson has thrown for 0ver 1,200 yards and 15 Touchdowns.

“Their running back is Lamar Miller; he will be good for about 950 rushing yards and about 150 yards in receiving and 8-9 touchdowns.”

Through 6 games Miller has 372 yards rushing 175 yards receiving and two touchdowns. Already outpacing my receiving yard estimate and while on pace with the 950 yards he is running short on touchdowns.

“Wide receivers Will Fuller and DeAndre Hopkins should have decent years as well. Brock nearly put up 3,000 passing yards, and he had the accuracy of a Storm Trooper on the Deathstar.”

Fuller has only played three games so far and eight receptions, however, five of those receptions are for touchdowns. DeAndre Hopkins has 382 yards receiving and six touchdowns.

“The spookiness of this team is the fact that they have what looks like on paper one of the best Defenses in the league.”

“If …. J.J. Watt can take time from flipping his tires and stay on the field; then this team will go further than the 9-7 record they have finished in the last three years.”

“I’m going bold here 10-6, and no one will watch them lose the first round of the playoffs.”

Well ever since the first game against the Jaguars neither team have been able to put together two wins in a row. Both will win one week and lose the following one. Follow this trend, and you get a 500 team.

And that brings me to the fact that 8-8 in today’s NFL may just be good enough. We are past the Golden Age of NFL football. The best defensive player cannot stay on the field. The arguably best quarterback in the league has an asterisk by his name in the eyes of many of today’s fans. Games are getting sloppier by the year. Teams run to the lowest human denominator to keep a team with enough people to field a team. How shitty do most of the players have to be for Pac-Man Jones to still have a career?

So how did we get here? The NFL popularity is dropping faster than Donald Trump’s. It’s easy to blame the league owners. After all, they would be willing to give Harvey Weinstein a contract if he could rush the quarterback with half the ferocity that he rushed after starlets in a dark room.

Maybe its the product in general? With all these new medical reports parents are more likely to tell their kids “Look why don’t you get a healthier hobby, like smoking in the bathroom.”

However, the real fault here lies with the players. Not because they are taking a knee, but because they can’t play. Drafts are only as good as the players in it. If you’re drafting kids from college teams put together to just win in college, then you’re getting diluted talent. It’s like we have gone to a restaurant and asked for a Coke and find they only serve RC Cola and Tab, and worse only have Bud Light on tap.

Yes, the Texans have put together decent seasons the past couple of years. But, it’s not like the Texans have caught up with the rest of the league. It’s that the League has come down to the Texans level.

Also, that line on lowest human denominator just reminded me of baseketball when they said dilution led owners to recruit heavily from prisons, insane asylums, and Texas.

Come on, it’s way easier to blame LIBRULS for the demise of the NFL rather than a shit labor agreement that incented owners to shed veteran talent for inexperienced players at the same time CTE-fueled retirements and more more injuries ravaged rosters. Good thing youth football will always be strong, right guys?

Wait, but RC Cola’s actually good! Maybe it’s just the rarity for us north of the Mason-Dixon.

How shitty do most of the players have to be for Pac-Man Jones to still have a career?

How bad must Kaep be that he can’t get a tryout then. Oh, right, it’s because the NFL owners are sticking to their strict moral and patriotic principles, as they consistently do.

This is going to be interesting, They can’t bring Kaep in because of his lawsuit. It’s pretty much confirming the court of public opinion that they blacklisted him.

Pictured, that Houston abortion(no not the one balls was discussing), with a couple of real teams. 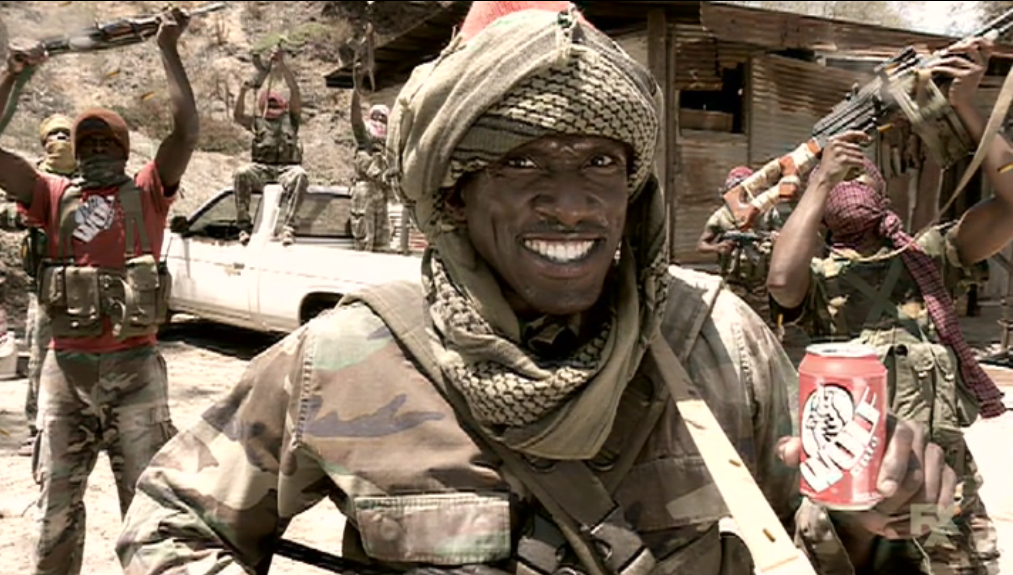