Remember – he was on two knees for Jesus.

So, as the season has progressed, more candidates for evaluation have become apparent. When a team is 1-2, it’s hard to say that the season might be lost, unless that team comes from Ohio. However, 3-4 gives more credence to the rumours of failure, and thus the sweet taste of misery on their social media.

Available teams at 3-3 or 3-4 to be covered include: (not counting ones I’ve already covered)

Of those, the Dirt Clippers, Raiders, Chargers, Bears & Cowboys won their way to their records, so that indicates a lack of available hate to be found. Of the remainder, I care little for the Jets or Cardinals, and bad things should always happen to the [Redacteds], so that leaves the Broncos, Ravens & Lions. I haven’t read much from Fozz in a while, so if I was going to find him anywhere, I was hoping to find him burning bridges & roasting fools on the Ravens’ sites. That tipped the scales; welcome to “Ravens Social Media – The Quest For Fozz Hate”.

Everything is easily understood. Topics are accessible from the get-go; the colour scheme & display lines up with what the team is promoting; and despite the large volume of information the site doesn’t feel cluttered. Nice jorb, Ravens media team.

One flaw – they allow comments on some articles. And people have opinions, whether or not it’s on the article’s topic of record.

Well, what else is he going to do? Play Ryan Mallett? (God – I can hear Fozz now: Ryan FUCKING Mallett can go get dipped in Boog Powell’s crab cake breading!)

The picture Google uses to identify Mallett is him on the sideline wearing headphones & a ball cap.

I can feel the confidence swelling.

Or, they could sign Kaep. Ray Lewis says sure, but only if he dumps his girlfriend, or introduces her to Ray Rice.

Anyway, they are stuck with Flacco for the time being. Let’s see how the fans feel about that.

I didn’t realize bribery was so rampant in Baltimore.

Oh, okay. But this is tame compared to confronting the keyboard warriors of Twitter. Take the moments right after the loss to Minnesota,

That's a final from Minnesota. pic.twitter.com/4qpQzJ3wSy

the most commonly used image on this tweet was this:

Banal. But, it reminded me of the Rob Lowe cartoon “Moonbeam City”,

which then sent me to the artwork of Patrick Nagel,

and then down a Duran Duran rabbit hole, first on Google images,

Anyway, when I returned, the outrage (but not Fozz) was still there

And then the “it’s not racist – I’m black too” component reared up.

And it just got worse during the week,

And no matter how stupid or repetitive, people kept (Kaept) putting forth the same ideas, as if Ozzie Newsome will stroll through Twitter and go, “Hey, Christo85295839 is right!”

Oh, and their coaching choices to replace various staff? GENIUS!

Sadly, only in the Facebook comments did I find anything approaching Fozz-levels of frustration.

I can’t call it Fozz-level hate, because these people seem incapable of such complex human emotions. But snark – they got that in spades.

But, beneath it all, you can still find some good.

In case you don’t know the story, and I didn’t, here’s a brief YouTube,

or you can read the whole story here. It actually brought a real, human tear to my eye. The Ravens have dedicated Thursday night’s game to him, his family and Rod Carew. I don’t want to be a dick & point out that for all the positives in this story the Ravens don’t have a link to info about organ donation anywhere on their site. So, I will simply say that this might be something they could do after the fiasco of their attempted DNA test giveaway went askew.

E nā kaikamāhine a me nā hoʻolele, your Baltimore Ravens social media. It’ll light up like a Christmas tree if they lose to the Dolphins tonight. TURN ON THE FOZZ SIGNAL!

Beerguyrob
A Canadian man-child of indeterminate age, he stays young by selling alcohol at sporting events and yelling at the patrons he serves. Their rage nourishes his soul, and their tips pay for his numerous trips to various sporting events.
Please Login to comment
6
4
0
7

You know how part of the Black Hawk Down fiasco was that D.C. made the genius decision to green-light a daytime raid at exactly the same time that everyone in Mogadishu is running high on khat? This is the opposite; Ciderdudebill looked for hawt taeks after everyone in Baltimore had been chasing the dragon.

Not like I can find rage after they pummeled the Dolphins!

The offensive coordinator hates the team and want them to tank? That is the anti-Bodymore conspiracy theorizing I’ve come to expect from Ravens fans.

Also, my favorite line from Mornhinweg’s bio on the Ravens page.

2001-02: (with Detroit) Mornhinweg spent two seasons with the Lions in his first NFL head-coaching role.

I mean, I don’t want tWBS or Fozz to kill themselves, but…

INORITE?! It’s like they’ve accepted that all the injuries have resulted in the inevitable blown season, so they are saving their rage for something more important. What that might be frightens me.

but i never watched a guy get stabbed and did nothing about it no sir nothing like that.

I believe Ape put it best when he said, “The most dangerous place imaginable is between Ray Lewis and a camera.”

I know we all love Fozz around here and everything but I’m not sure I’d call him the favorite if he was up against Ravens M. Bison (@KindaFaithful…probably). 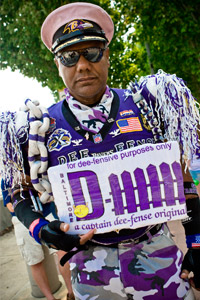