It was the design of Sam Wyche and David Shula and Bruce Coslet to call on the Terrible Old Man. This old man dwells all alone in a very ancient house on Hawkins Ridge Lane, on a hill near the Ohio River, and is reputed to be both exceedingly rich and exceedingly feeble; which forms a situation very attractive to men of the profession of Messrs. Wyche, Shula, and Coslet, for that profession was nothing less dignified than robbery, which is only slightly less dignified than being a head coach in the NFL.

The inhabitants of Cincinnati say and think many things about the Terrible Old Man which generally keep him safe from the attention of gentlemen like Mr. Wyche and his colleagues, despite the almost certain fact that he hides a fortune of indefinite magnitude somewhere about his musty and venerable abode. He is, in truth, a very strange person, believed to be nothing more than the son of a much better – if dictatorial – person; so old that no one can remember when he was young, and so taciturn that few know his real name.

Among the Forrest of gnarled trees in the front yard of his aged and neglected place he maintains a strange collection of large stones, oddly grouped and painted so that they resemble the idols in some obscure Canton temple. The one labelled “Modell” carries the faint scent of urine; it is unknown whether the scent is animal, human, or neither. This collection frightens away most of the small boys who love to taunt the Terrible Old Man about his long white hair and beard, or to break the small-paned windows of his dwelling with wicked missiles (“Klinglers” they called them), or to remind him of the decades of playoff failures; but there are other things which frighten the older and more curious folk who sometimes steal up to the house to peer in through the dusty panes. These folk say that on a table in a bare room on the ground floor are many peculiar bottles, in each a small piece of lead suspended pendulum-wise from a string. And they say that the Terrible Old Man talks to these bottles, addressing them by such names as Boomer, Scar-Face Anderson, Long Tim Krumrie, Spanish Munoz, Collinsworth, and Mate Ocho-Johnson, and that whenever he speaks to a bottle the little lead pendulum within makes certain definite vibrations as if in answer. Those who have watched the tall, lean, Terrible Old Man in these peculiar conversations, do not watch him again, like Super Bowl XXIII.

But Sam Wyche and David Shula and Bruce Coslet were not of Cincinnati blood; they were of that new and heterogeneous alien stock which lies outside the chili-infested filth of the City of Seven Hills, and they saw in the Terrible Old Man merely a tottering, almost helpless greybeard, who could not walk without the aid of his knotted cane, and whose thin, weak hands shook pitifully. They wanted to feel quite sorry in their way for the lonely, unpopular old fellow, whom everybody shunned, and at whom all the dogs barked singularly. But business is business, and the Terrible Old Man had once fired them all, and left portions of their contracts unpaid. “So,” they’d all thought to themselves, “fuck this noise. He owes me money.” To a robber whose soul is in his profession, and for a coach whose X’s & O’s are no longer wanted, there is a lure and a challenge about a very old and very feeble man who has no account at the bank, and who pays for his few necessities at the village store with Spanish gold and silver minted two centuries ago. No local magistrate would judge them guilty; the town itself was in debt to the Terrible Old Man, and they would welcome any revenge brought upon him, although they would not dare admit as much.

Messrs. Wyche, Shula, and Coslet selected the night of April 11th for their call. Mr. Wyche and Mr. Coslet were to interview the poor old gentleman, whilst Mr. Shula waited for them and their presumable metallic burden with a covered motor-car on Wyndwatch Drive, at the junction where the road splits. Desire to avoid needless explanations in case of unexpected police intrusions prompted these plans for a quiet and unostentatious departure.

As prearranged, the three adventurers started out separately in order to prevent any evil-minded suspicions afterward. Messrs. Wyche and Coslet met on Hawkins Ridge by the old man’s front gate, and although they did not like the way the moon shone down upon the painted stones through the budding branches of the gnarled trees, they had more important things to think about than mere idle superstition. They feared it might be unpleasant work making the Terrible Old Man loquacious concerning his hoarded gold and silver, for aged team owners are notably stubborn and perverse. Why, the Bengals are the only team without a Ring of Honor, a fact well-known due to the Terrible Old Man’s avowed dislike of history. Still, he was very old and very feeble, and there were two visitors. Messrs. Wyche and Coslet were experienced in the art of making unwilling persons voluble, and the screams of a weak and exceptionally venerable man can be easily muffled. So they moved up to the one lighted window and heard the Terrible Old Man talking childishly to his bottles with pendulums. Then they donned masks and knocked politely at the weather-stained oaken door.

Waiting seemed very long to Mr. Shula as he fidgeted restlessly in the covered motor-car by the Terrible Old Man’s back gate on Wyndwatch Drive. He was more than ordinarily tender-hearted, and he did not like the hideous screams he had heard in the ancient house just after the hour appointed for the deed. He was not as tough as his father, which is why he had 328 fewer career victories, for he pitied the old man’s pain. Had he not told his colleagues to be as gentle as possible with the pathetic old team owner? Very nervously he watched that narrow oaken gate in the high and ivy-clad stone wall. Frequently he consulted his watch, and wondered at the delay. Had the old man died before revealing where his treasure was hidden, and had a thorough search become necessary? Mr. Shula did not like to wait so long in the dark in such a place. He was out of time outs, so all he knew was that he wasn’t the one stopping time in its tracks.

Then he sensed a soft tread or tapping on the walk inside the gate, heard a gentle fumbling at the rusty latch, and saw the narrow, heavy door swing inward. And in the pallid glow of the single dim street-lamp he strained his eyes to see what his colleagues had brought out of that sinister house which loomed so close behind. But when he looked, he did not see what he had expected; for his colleagues were not there at all, but only the Terrible Old Man smiling hideously from the swamp beside the driveway. Mr. Shula had never before noticed the color of Michael Brown’s eyes; now he saw that they were yellow.

Little things make considerable excitement in little towns, which is the reason that Cincinnati people talked all that spring and summer about the three unidentifiable bodies, horribly slashed as with many cutlasses, and horribly mangled as by the tread of many cruel boot-heels, which the river washed up. And some people even spoke of things as trivial as the deserted motor-car found on Wyndwatch Drive, or certain especially inhuman cries, probably of a stray animal or migratory bird, heard in the night by wakeful citizens. But in this idle village gossip the Terrible Old Man took no interest at all. He was by nature reserved, and when one is aged and feeble one’s reserve is doubly strong. Besides, so ancient a team owner must have witnessed scores of things much more stirring in the far-off days of his unremembered youth.

It is why he feels best suited to remain the team’s General Manager.

Beerguyrob
A Canadian man-child of indeterminate age, he stays young by selling alcohol at sporting events and yelling at the patrons he serves. Their rage nourishes his soul, and their tips pay for his numerous trips to various sporting events.
Please Login to comment
5
4
0
8

This most certainly belongs among the posts in Book Flies Open.

I hate the B and I wish the actual tiger was part of the uniform.

At least they got rid of AJ McCarron…

This Man of Canadia presents himself as a veritable wourdsmith, indeed.

What tWBS learned from this: The Bungles have never had any official apparel which wasn’t/isn’t hideous.

I am all about Bengals gear and I love their color rush. 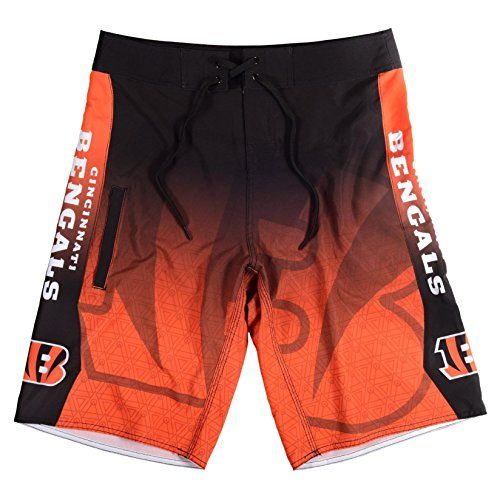 Okay, Mr. Design Guy, what kind of imaginative, creative logo have you come up with that will invoke the fear of a vicious bengal-tiger on our opponents?

Believe or not this was the better choice. In 1968, the Bengals Prototype Stripes Helmet would’ve been way too worse.

We had a nice period in the last 90s were our logo went from a helmet to a tiger’s head so the apparel got better. Than Mike Brown changed it to a B and then it sucked. That’s what I want to root for, the B-team!

And I will go to my grave saying he had it made in 1994 when was threatening to move the team to Baltimore because the city was short a week on Concession Receipts payments and dammit if he spent money on it, he’s going to get some use out of it!