Spring is just around the corner! Seems like a fine time to dust off some of the camping gear and get prepped for when the nukes start raining down on us again. As a well-prepared conspiracy theorist, it’s essential to have a bug-out bag packed at all times in order to be ready to leave at a moment’s notice. After testing it out in the forests of Washington State, I decided to up the difficulty, and test it out in an even more dangerous place, just to ensure I was all set to go in the event of a disaster…

The Story: The 265-hectare Hoia Baciu forest initially came to prominence in 1968 when a military technician, Emil Barnea, started documenting very unusual events, including a photograph of a disc-shaped UFO in the sky that caused a lot of uproar in the paranormal activity community. Since then, Hoia Baciu has become known as the “Romanian Bermuda Triangle” and “the most haunted forest in the world”. Visitors have experienced a whole host of inexplicable maladies while travelling through the forest or immediately afterwards, including nausea, anxiety, fear, paranoia, migraines, scratches, burns, and itchy & painful rashes; electronic devices also fail regularly without cause all the time in the forest. Some visitors have also noted that they’re missing hours from their memory after emerging from the forest, having completely missing chunks of time from their experience in the forest.

What’s Weird: There’s a whole host of stories about strange events that have happened in the forest. Some of these have more basis in reality than others, but one of the most striking features about this forest is that even locals who have lived in the area their whole lives are terrified of entering the forest and most refuse to do so. Here’s just a smattering of strange things that have been noted or spoken:

Many believe that a lot of the goings-on in the forest are merely psychosomatic – all in a person’s mind – but that still hasn’t been able to quell the research and desire to learn more about the actual nature of the woods. At any rate, TV crews from all over the world, including from the Discovery Channel, have visited the forest in the quest to find its true nature. While a lot of the myths seem very far-fetched at this point, they’re also so entwined with local culture and beliefs that it may ultimately prove impossible to fully separate the stories of the Hoia Baciu Forest from popular belief.

Coach Carroll’s Hypothesis: Damn gypsies all over Romania, probably just trying to stake their claim on some sweet stuff they stashed in the middle of the woods they didn’t want anyone else to find. Including my wallet. Fuckers trained a monkey to nick it from me when I was in a back alley shop in Bucharest, looking for turkey wishbone water detectors. Goddamn assholes!

Banner image courtesy of Low Commander of the Super Soldiers.

The Maestro
The Maestro is a mystical Canadian internet user and New England Patriots fan; when the weather is cooperative and the TV signal at his igloo is strong enough, he enjoys watching the NFL, the Ottawa Senators & REDBLACKS, and yelling into the abyss on Twitter. He is somehow allowed to teach music to high school students when he isn't in a blind rage about sports, and is also a known connoisseur of cheap beers across the Great White North.
https://www.doorfliesopen.com/index.php/author/the-maestro/
Please Login to comment
9
9
0
11

Can Coach C. figure out who framed Charlie Manson? I always wondered.

I’d settle for where’s the other sock

Magnets. Always with the magnets. 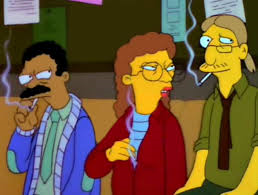 Do they have hipsters in NW Romania, too?

I love all of these Mysteries.

Now, have him solve the mystery of how he’s going to keep Russell alive with three swimmers, one lacrosse player & Adam Rippon on the O-line.

Pete Carroll found that movie frightfully dull until they got to the part about the aliens’ true purpose for their mission to earth.

That’s pretty much my daily life living in the sticks of NC.

-What is a weekend at Tom Cable’s?

/A pile of cardboard and old rags shifts, a disheveled Tomsula peeks out, nods once and burrows back into its den

I still find intriguing Tomsula’s vision of an economy based on old newspapers and wire hangers.

Shit, now I’ve got the Oscar Mayer bologna song in my head, ya jerk.
And now you will too.

How about this? A bologna loaf is but a hot dog blown up 1,000%.
https://giphy.com/gifs/reactiongifs-12KTmsCbWqS1Y4

As fervently as my centre-left political principles are…I would vote for damned near anyone who would make Tomsula Secretary of Commerce. Or Fed Chair.

Obligatory. Also, I wonder if he knew of this when he wrote it…