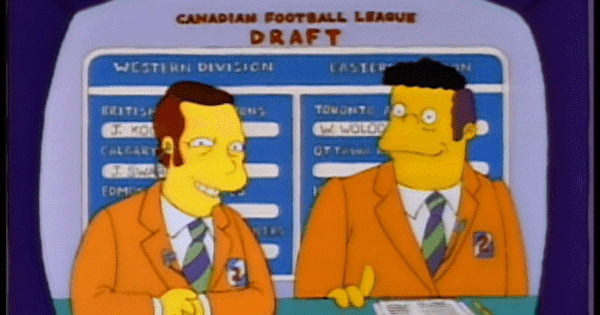 With classes having wrapped up at long last for me, I finally have time to devote to this column! It’s just as well – hard to binge-watch this league when you’re drowning in emails from kids who are two months late in submitting assignments and still hoping to get above a 90 in a class. Anyways, I digress.

A few interesting developments this week in the CFL:

Edmonton 33 vs. Winnipeg 30: In a crazy, lightning-delayed game that lasted into the wee hours of the morning, the Eskimos managed a late-game comeback and sealed their first win of 2018 on a 44-yard field goal from Sean Whyte. A zany matchup all around; the Bombers conceded almost 500 total yards of offence to the Eskimos, who were led once again by QB Mike Reilly. A strong night from their signal-caller (32-46 for 408 yards, 1 TD, a pick, and 2 rush TDs) and receiver Derel Walker (176 yards on 8 catches and a TD) were the difference-makers against a pretty good showing from Bombers’ rookie QB Chris Streveler, whose professional debut was certainly half-decent (15-28 for 178 yards, 3 TDs and 2 picks).

Toronto 19 vs. Saskatchewan 27: Defence was the name of the day for the Roughriders, with newly acquired Charleston Hughes leading the way. The veteran pass rusher racked up three sacks in the first half alone, cracking the 100 mark for his CFL career. DB Nick Marshall also racked up a pick-six off of Argos’ QB Ricky Ray to add to the hurt. Ray was replaced by James Franklin in the 4th quarter, and his work – a QB sneak score and a short TD toss to Declan Cross – got Toronto to within five points with just over two minutes left, but it was too little, too late. New Saskatchewan QB Zach Collaros, looking to resurrect his career after his drop-off in Hamilton, finally won a game for the first time since 2016; he put in a productive 203 yards and a TD on 18-25 passing, and was also helped out with over 100 yards on the ground by RBs Jerome Messam and Tre Mason, the former Auburn star. Are the Riders officially back??

Hamilton 14 vs. Calgary 28: The Stamps trailed 11-9 at the start of the 4th quarter, but the offence finally came alive with ten minutes left to play; Bo Levi Mitchell connected with Kamar Jorden at the goal line, and Don Jackson added a 44-yard TD run shortly thereafter to give Calgary two major scores with time winding down. Ti-Cats QB Jeremiah Masoli had a good game, passing for 344 yards (including 120 to Mike Jones, 118 to Jalen Saunders, and 71 to Luke Tasker), and added a rushing score as well, but the Stampeders secondary stepped up late to shut the pass game down when it mattered the most. Oh yeah, and Calgary receiver Juwan Brescacin had this RIDICULOUS grab that made highlight reels on both sides of the (to be imminently announced, I’m certain) wall:

Montreal 10 vs. BC 22: With Jonathon Jennings taking the brunt of the blame for the Lions’ woes last season, it’s fitting that he had a fantastic game to kick off BC’s 2018 season. Besides going 20-24 for 183 yards and 2 touchdowns, he also had a career high of 57 rushing yards on 9 carries as well. The defence also stepped up as well, racking up five sacks on the porous Alouette o-line. Lastly, I can’t forget about 134 return yards from Chris Rainey, who continues to be one of the top players in the CFL in that responsibility. With the defeat, Montreal has now racked up their twelfth straight loss – not an ideal start for a season that GM Kavis Reed felt would show that the team was finally returning to form from the earlier part of the decade.

Saskatchewan (1-0) vs. Ottawa (0-0), Thursday, June 21st, 7:30 PM EST: The REDBLACKS got a bye to open the season, which actually proved to be rather useful to them, as several key contributors, namely QB Trevor Harris and OL SirVincent Rogers, are now pretty much fully healed and ready to go after being injured through training camp. Meanwhile, in a highly intriguing move, Saskatchewan has listed star receiver Duron Carter as their new starting cornerback after top man Nick Marshall went down with an injury last after his pick-six against the Argonauts. Carter has played defence before for Saskatchewan and even racked up a pick-six on Stamps’ QB Bo Levi Mitchell, but it appears highly possible that he may exclusively play on that side of the ball for this game. This will also be the first glimpse of a new-look REDBLACKS defense under DC Noel Thorpe, who wants his unit to be aggressive and attacking in a way that Ottawa hasn’t previously shown.

Winnipeg (0-1) vs. Montreal (0-1), Friday, June 22nd, 7:00 PM EST: Not a bad start for rookie Chris Streveler last week, but still not the outcome the Blue Bombers were looking for. This week, with much better weather on the forecast and a much easier opponent, Winnipeg will be looking to get back in to the win column. Montreal is still gelling with lots of new personnel on both sides of the ball; giving up five sacks last week to the Lions needs to be the starting point of issues to fix if they hope to address the other problems soon as well. At least Drew Willy has arm strength, unlike former signal-caller Darian Durant; Willy threw for 281 yards last week, and the ability to actually move the ball downfield is so far an encouraging sign for the Alouettes.

Hamilton (0-1) vs. Edmonton (1-0), Friday, June 22nd, 10:00 PM EST: Hamilton bolstered their defence this week by signing Delvin Breaux, and it appears as though he’s going to jump into playing right away. With Abdul Kanneh and Emmanuel Davis now both gone from the roster, the help will definitely be needed in the secondary against a seriously strong Eskimos offence. If receiver Bryant Mitchell is healthy to play this week, that’ll be a big add for an Edmonton team that already saw Derel Walker light up Winnipeg last week. As for the players added to their negotiation list… as it stands, they’ll probably alright without their help just yet.

Calgary (1-0) vs. Toronto (0-1), Saturday, June 23rd, 7:00 PM EST: A Grey Cup rematch here! With Ricky Ray getting pummeled by Saskatchewan’s pass rush last week, look for the Stamps to blitz a ton to keep the heat on him. Considering there’s no snow on the forecast this time around, the Stampeders are hopefully going to not poop themselves this time. Additionally, Lemar Durant may be returning from injury for Calgary, which would give the Stamps’ options at receiver some very interesting configuration options. All the same, the plan will be simple: revenge. And this time, it’s best for Calgary if it’s not served cold, because that really has not served them well the past couple years, it seems…

The Maestro
The Maestro is a mystical Canadian internet user and New England Patriots fan; when the weather is cooperative and the TV signal at his igloo is strong enough, he enjoys watching the NFL, the Ottawa Senators & REDBLACKS, and yelling into the abyss on Twitter. He is somehow allowed to teach music to high school students when he isn't in a blind rage about sports, and is also a known connoisseur of cheap beers across the Great White North.
https://www.doorfliesopen.com/index.php/author/the-maestro/
Subscribe
Please login to comment
5 Comments
Inline Feedbacks
View all comments 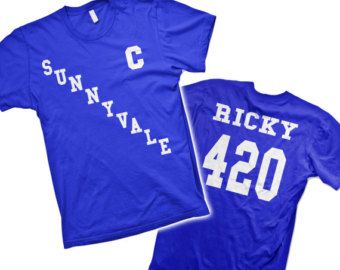 love that Ottawa leads the East without playing yet.

I imagine with the state of the East you’re thinking “Hey, if the playoffs started today…”?

THIS GUY NOMONKEYFUN I CALL HIM BLAIR WALSH CAUSE HE NAILED IT.

That Winnipeg-Edmonton game was indeed crazy. I was shocked they actually kept playing to the end.