The World Cup third place match is also known as the Losers’ Final. It’s a charmless assessment, but the consensus around the game seems to be “Why even play it”. Sure, the stakes are placing 3rd or 4th, but bitching about playing (or watching) the game has to be First World Problems-ing at its purest.

The third place games do have some cachet; after all, it’s a match between two World Cup semifinalists. The Germans won it in 2006, when it hosted the tournament. I remember reading that such 3rd place put a nice bow on the first guiltless opportunity a unified Germany had to flex its nationalism since the 1940s (an equally banal and morbid proposition, IMHO). The Germans repeated their 3rd placement in South Africa 2010, when it defeated Uruguay in a pretty wide open game. That match remains notable because it earned Thomas Müller the Golden Boot, and every time Luis Suárez touched the ball the crowd booed him loudly—which visibly got under his skin.

Given that the stakes are low, the third place game often lacks the risk-averse play that usually characterizes World Cup knockout matches. The 2002 one was Turkey 3 : 2 South Korea, with the host’s overachieving laid bare in a very entertaining match. In 2014, Brazil played the Netherlands, and the hosts seemed waaaaay eager to erase the 7-1 humiliation against Germany in the semifinal. The result was a clusterfuck: a mistake by captain Thiago Silva earned Netherlands a penalty at the third minute, and Brazil lost 3-0. Brazil playing like headless chickens remains enjoyable, even at the expense of the Oranje getting some satisfaction.

Today’s edition does have some flair, but it’s a grudge match in only the most technical of ways.

These teams met in the group stage when both had already qualified for the knockouts. The subs played for both countries, and none seemed eager to win. For this game, Roberto Martínez said that Belgium will not play reserves, which bodes well for the quality of play. For my taste, the Wafflen have been the best watch in this tournament, and an extra helping of Hazard, Lukaku and DeBruyne is welcome.

Over on the England side, the game has already delivered: it has closed the Tri Loins fans and media circle of obnoxiousness. They started with FAKE cautious optimism, which turned to bravado, and now stand at the sour grapes of POINTLESS GAME entitlement. O the Englen dominance: the Tri Loins got past Tunisia (2-1), blasted Panamá (?), played to lose vs BEL, lucked against Colombia without James on PKs, and then got the timorous Swedes—a game I had to look up the stat sheet to see if I misremembered the Swedes taking zero shots at goal. (The FIFA app says SWE took seven shots with three on target, one of which was saved). Here’s a summary of such a giant-slaying run by England, and how it was perceived at home:

England was lucky AF in the draws, achieving nothing! They even got a “tired” Croatia, and the talk was all about ENG having fresher legs and being a street-wise team (because, you see, in Russia 2018 the Young Ones embraced the “cheating” that the rest of the fútbol world engaged in). Of course, the Unlimited Salads played with much more tenacity, and after leveling the game at 1:1, ENG got all panicky. “New” England my ass; that game featured more long balls than a geriatric clinic’s waiting room.

Hippo: Oh yes, the deliciousness of British tears.  Especially the dickweed right-wing authoritarian varietal.  I surely hope they sit out Jordan Pickford FOAR this Bronze non-medal tilt, as I would indeed like to collect on my Lukaku golden boot #HAILGAMBLOR.  This is essentially like a JV NFL post-season exhibition tilt, a matter of who wants it least.  That will be our good Waffle folk, by a long shot.

Predición: Waffles close it out with a bang, 4-nil.  Big Rom bags the hat trick plus one, just in case the Cuck Liouns decide to throw Fuckface Harry on late.

Balls:  I’ve always enjoyed the third place game for exactly the reasons Don T mentioned.  The pressure is off and teams can play more offensive and attacking fútbol.

That honestly hasn’t been a problem in this World Cup as only a handful of teams have focused on negative tactics. That’s part of the reason I think this is the Best World Cup EVAR!

As far as the game,  it is pretty clear that Belgium want to go out with a bang while England just wants to go home. I’m pretty sure England will field a side with all the players that didn’t get any minutes in the prior games.

Prédiction: That spells Waffles rout. Let’s call it 3-0 with Kane losing the Golden Boot.  As it should be.

Well I am happy that the English run is over, and I made banner! They had a great run and went further than anyone thought that they would. James Harrison would be proud as Gareth Southgate has already quashed any sort of parade for getting the team to a a semi. This team is young and learned a lot and will be incredibly dangerous in 4 years in Qatar. Not to mention teh mighty Fulham Star Ryan Sessingnon will be ready……

Who will they play is the big question. Southgate has come out and said that he will make small changes but nothing drastic. Trippier is out, and Young and Henderson may take a seat.

If I will remember anything from the English run at the World Cup it is the beer showers at the viewing parties. They were awesome.

The Belgians bitched and moaned after their defeat to the French. They complained about how once the French got the goal they played anti-football. Personally I hate that style, but it won the damn game. You don’t like it? Break down the defense and score. Lukaku will be given a rest here and I tried to take a look on some Belgian websites but I do not speak Flemish. They were so fun to watch in this tournament but couldn’t win when they needed it. Euro 2020 is going to be awesome. Do you know what the problem is with Euro 2020? It is all over Europe, how the fuck do you plan a trip to the tourney if you don’t know who is where? Normally in a host country you can stay near the major cities and take public transport on matchday. It is not the case here.

Prediction: England didn’t bitch and moan after they lost, Belgium did. England 2 – 0 Waffles

Wakezilla: Despite what you might hear from sports journalists who watch all of 5 minutes of the World Cup and shit on the third place game– despite never watching one of them in their lives– I’m here to tell you that 3rd place games can be hidden gems.

From 1998-2010, third place games were easily in the top 3-5 for best game played in their respective tournament. While’94 was a blowout, before the game got out of hand, there was intrigue about whether Bulgaria’s Stoichkov could score 7 goals. Also, if you can’t stand Brazil, you probably loved the 2014 3rd place game where Brazilian players cried while playing the Dutch Ovens.

Similarly to Stoichkov, Kane has the chance to break the tournament record by scoring his 7th goal. Assuming he starts, that reason alone is worth tuning in because you know England is going to be giving him the ball every chance they can get to break the record. Moreover, this English squad is young and are likely fired up to claim third place to finish on a high note. That’d be a YUGE accomplishment for them.

Belgium will likely enter the match with more of their subs playing, but with something to prove. For example, current Anderlecht player, Youri Tielemans, is currently on the radar for various EPL teams. I’m sure he’ll start and want to have a game that could earn him millions of dollars. Belgium will be fired up wanting to prove they are the third best country in the world. I could see Big Rom coming in as a sub if the game is still close in the second half. In addition to all of this, don’t forget that most Waffles players play in the EPL. There’s bragging rights on the line here. This game, unlike game 3 of group stage, does matter.

Prediction: I think England will score early and dominate most of the play in the first half, resulting in Belgium getting pissed and subbing in their better players. As a result, Big Rom will sub on and score a goal, and will be threat throughout. He’ll score again late in the match to give the Waffles a 3-2 victory in an entertaining game. And for shits and giggles, lets say Kane scores on a penalty kick. 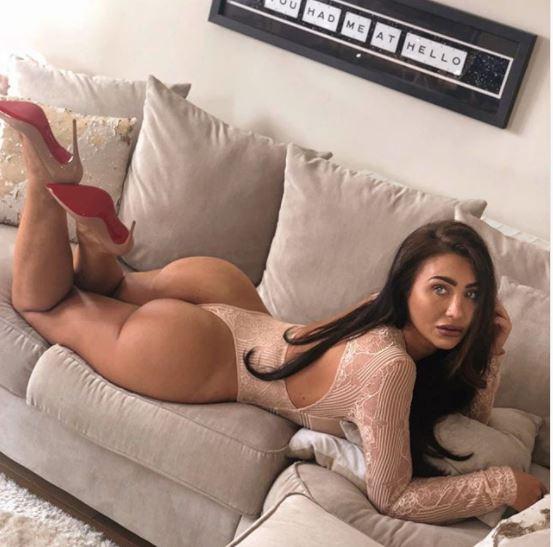 We’ve got an open thread up.
It’s up there! 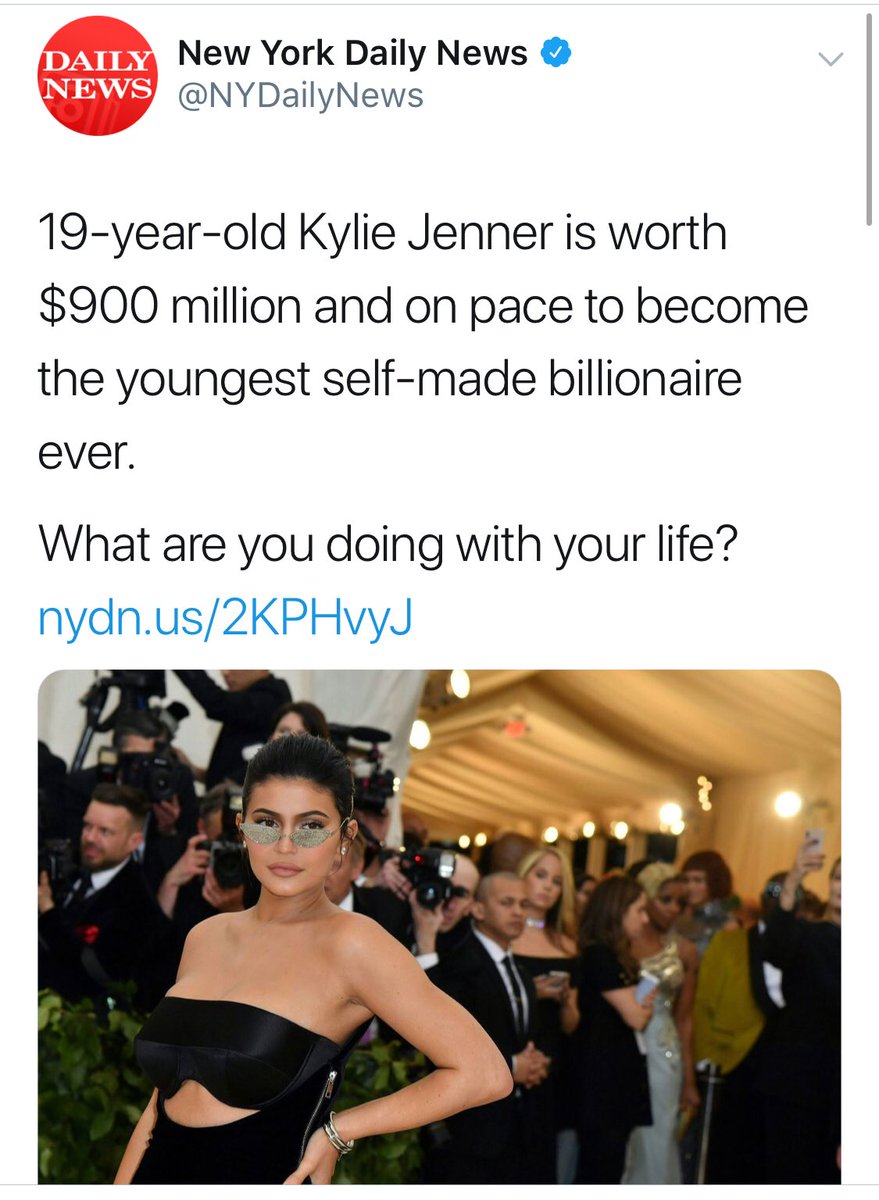 Self-made my ass. Self-made is the semen I dropped earlier today…

Don T
Author
Reply to  Moose -The End Is Well Nigh

so i gotta know, who does vegas have to win the final?
france or Croatia?

Smart money’s on France and under two goals for the total score. Sez this, which was pretty good.
https://www.google.com/amp/s/www.cbssports.com/soccer/world-cup/news/2018-world-cup-final-france-vs-croatia-odds-lines-expert-picks-and-best-insider-predictions/amp/ 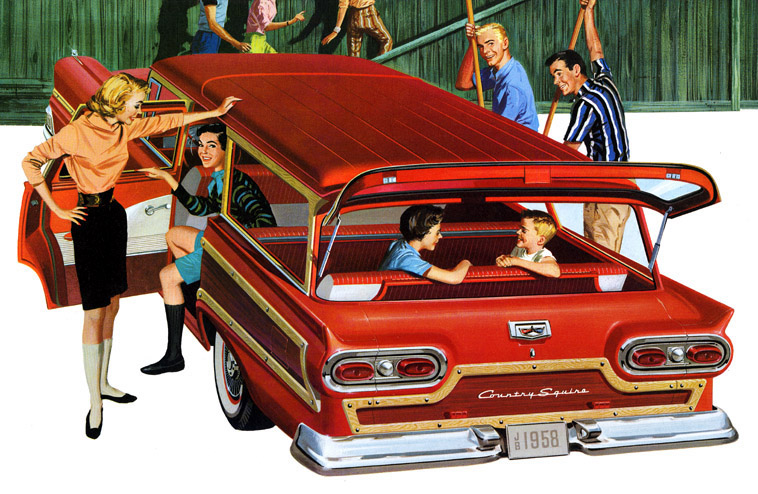 Wakezilla
Editor
Reply to  Moose -The End Is Well Nigh

Where the hell did you find this? Lol

Don T
Author
Reply to  Moose -The End Is Well Nigh

This is sick and tenebrous. Total nightmare fodder.

It is like that time the Ferret got busted. Do you think there has ever been someone named “Aidan” that wasn’t a white guy? Yesterday, I came out ahead 8 bills in #HAILGAMBLOR, today I am $8…in singles ahead. That’s damned difficult to do!

Playing 2-on-2 football in the street? That takes me back.

I’ve done this before, but never has it potentially cost me a pool victory: I really, really need to make sure any mistakes I make, I correct them and then save them and then make sure it was actually saved. Anyway, this stupid and dumb personality flaw of mine could bite me in the ass if France wins tomorrow.

On an unrelated note, it’s about got damn time Belgian women

Does she have to pee?

That’s over with. I have a question.

Where do we go from here?

I dunno. Which is the way that’s clear?

The Kerber elf has won The Wimbledon.

I thought Serena did an amazing job coming back from having a baby, being in the upper 30’s, and being in the finals at Wimbledon. I wish I had fraction of that focus and drive, and my wife wishes I had it as well.

Kevin Mirallas came on as a 2nd half sub and promptly scored 4 goals in 13 minutes. 14-nil, Everton.

Who kicked the extra points?

Bainesy. He didn’t play the 2nd, so we went fer 2, explaining the 22-nil final tally.

The updated World Cup pool table (the real winners are those who took risks goddammit!, not shown) 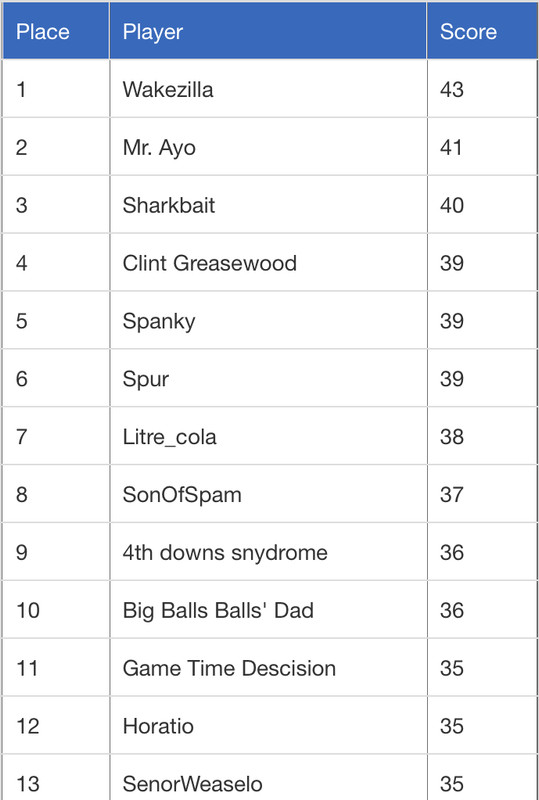