I am still FUMING about the REDBLACKS’ loss last week. I’ll explain why later on. But FUCK. As maddening and infuriating as blowing a 24-point lead late in the third quarter is, this is, after all, the reason we watch football in the first place. If they do it again, though…

Light on league news this week, with only a couple items of real note:

Ottawa 41 vs. Toronto 42: The REDBLACKS, man. Just… god damnit. 18 minutes left in the game, and you have a 24-point lead. How do you fuck that up? Unbelievable. Kudos to the Argos, who didn’t quit despite the massive deficit; new QB McLeod Bethel-Thompson, in his very first pro start at age 30, overcame a shaky first half to finish 25-37 for 302 passing yards and four touchdowns, including the game-winner to receiver Armanti Edwards with one second left on the clock. Backup QB James Franklin added two rushing TDs in the game as well, and it was completely bewildering to see the REDBLACKS’ defence essentially take a nap through the final quarter of the game. More heads should be rolling in Ottawa because of a result like this – it is truly pathetic on all levels.

Saskatchewan 19 vs. Edmonton 26: Edmonton won a back-and-forth game to move to 5-2 on the season, a hard-fought victory with four lead changes in the second half. The Riders looked better on offence, with Zach Collaros, in his first game action since Week 2, going 22-34 for 261 yards and a TD to Duron Carter, also back on the offensive side of the ball for the first time in weeks. They also looked better on D as well, with four sacks and a fumble recovery to boot, but alas, the Eskimos were simply just that much better. While the game was very close throughout, the Eskimos put together a solid drive late in the fourth quarter, capped off with Mike Reilly pulling off a successful QB sneak to put Edmonton up by four. A late 46-yard field goal from Sean Whyte sealed the deal for the Eskimos, who now have a solid hold on second in the West Division.

Hamilton 50 vs. Montreal 11: Well, Johnny Football’s Canadian debut went about as horribly as it could have possibly gone. Manziel finished his first-ever CFL game 11-20 for just 104 yards and four interceptions, without any touchdowns to show for it. While Manziel didn’t play well, his team also really didn’t do him any favours either; the Alouettes O-line was as porous as Steve Bannon’s syphilis-riddled nose, giving him basically zero pocket protection and forcing him to scramble a ton, and the defence got absolutely shredded all over the field as well. The Ti-Cats had over 500 yards of offence in this game, and special teams contributed to running up the score thanks to a blocked punt returned for a TD in the first quarter. The Ti-Cats had 28 points in the first quarter alone… while Johnny Manziel was not good, the Alouettes as a whole were still absolutely terrible.

BC 18 vs. Calgary 27: Bo Levi Mitchell and Kamar Jorden had some impressive chemistry in the Stamps’ latest win, with Mitchell going 19-31 for 370 yards and a 53-yard touchdown to Jorden, who had five catches for 185 yards. The Stamps, to absolutely nobody’s surprise, continue to roll on through the regular season as per usual. The Lions had a hard time finding offence in the first half, but were bolstered with a strong drive in the third quarter, when Travis Lulay led BC 70 yards on five plays before Jeremiah Johnson pounded the ball in from five yards out. A late touchdown by Lulay to Bryan Burnham would ultimately not be enough to keep pace with the Stamps, who enter the bye week as just one of five Calgary teams to be undefeated at 7-0, joining the 1948, 1949, 1993 and 1995 squads.

Edmonton (5-2) vs. BC (2-4), Thursday, August 9th, 10:00 PM EST: The Lions pushed towards the end last week, but what’s killing them is getting in big holes early and not being able to dig their way out all the way. It’s tough to have Calgary and Edmonton in back-to-back weeks; even with home field advantage, they’ll have their hands full against Mike Reilly and company. Jeremiah Johnson re-aggravated his earlier-season ankle injury last week, so expect to see Travon Van and Chris Rainey share RB duties. The Eskimos are mostly at full strength, but won’t have a backup running back behind CJ Gable, so FB Calvin McCarty may see duty there if need be. Other than that, it’ll be business as usual for Edmonton in this one.

Hamilton (3-4) vs. Winnipeg (4-3), Friday, August 10th, 8:30 PM EST: The Bombers are coming off the bye hopefully feeling rested and focused after the slow start to their season due to Matt Nichols’ absence in the lineup. With one of their losses coming at the helm of this Hamilton team back in Week 3, they’ll be looking for revenge now that they have their starting quarterback healthy and rested. The Ti-Cats, meanwhile, despite their record, have the ability to do some damage, although it’s likely going to be difficult for them to have another 50-burger like they did last week against the hapless Alouettes. This could turn into a shootout, which would be tons of fun.

Montreal (1-6) vs. Ottawa (4-3), Saturday, August 11th, 8:00 PM EST: Both these teams had ugly losses last week that they’re looking to put behind them; while both these teams have potential, the timelines remain very different. The REDBLACKS continue to lead the East, but absolutely cannot afford any more massive mistakes like last week against the Argos, especially with Hamilton just a game back after their big win over the Alouettes. For Montreal, it’ll be hard to be any worse than they were last week, but they need to do a better job of supporting their QB – yes, four interceptions is on Johnny Manziel, but when you have little time to make your throws and your D can’t stay off the field, it’s not telling the full story. Still tough sledding ahead for the Alouettes on this one, as Ottawa has continuously wrecked their shit over the last few seasons, including one win already this year.

The Maestro
The Maestro is a mystical Canadian internet user and New England Patriots fan; when the weather is cooperative and the TV signal at his igloo is strong enough, he enjoys watching the NFL, the Ottawa Senators & REDBLACKS, and yelling into the abyss on Twitter. He is somehow allowed to teach music to high school students when he isn't in a blind rage about sports, and is also a known connoisseur of cheap beers across the Great White North.
https://www.doorfliesopen.com/index.php/author/the-maestro/
Please Login to comment
9
15
0
11

So many bye weeks but I am happier the players get more rest.

Big deal. Angel Hernandez keeps plenty of those in there.

something crazy about milkdudebill’s picks is that the site says they were last updated July 11. So either it’s wrong or he’s got a crystal ball.
/send me this week’s winning 649 numbers, please

I made all my picks before vacations started. I took fliers on some games picking that fast in advance. I regret nothing.

The BC LIOUNS have a costly–albeit controversial–penalty that burried them against the Stamps. Virtually every loss over the past 6 years, it’s either because of discipline, o or d-line problems. I’ve been saying this for about 3 years now, but, Buono seemingly can’t instill discipline and still can’t make either lines work. It’s time to move on. Two weeks in a row where the Leos perform a really stupid penalty that virtually ends them.

As for Manziel, his performance wasn’t going to go any other way. This is a pro football league. You can’t master much of a playbook in 9 days. He was setup to fail and will likely have another shitty performance.

If the Al’s had good management and coaching, they’d use him sporadically over the next couple of weeks until he has a better grasp of what the fuck he’s doing. That’s just the playbook, let alone Maple football rules. They’re nuking their meal ticket.

Happy Thursday; it isn’t the first three days of this shitty week.

Arrived in Charlotte from Salisbury, MD. Observation: Folks from “rural” MD (at least the two I spoke with on the flight) have an odd accent. Kind of a mash-up of Balamhur and Dixie Lite.

Some of my family is from back there; my observation was similar. Also that Silver Spring, next to DC seemed like a normal town, then going to the rural place where a cousin lives was like going directly to Alabama or some shit. Stars ‘n’ Bars on trucks, dirt poor section of town, etc.

The rural Maryland accent is Appalachian, as is the Baltimore accent.

Good picks all around by the Commentist Party-goers this week. And some tidy totals as well.

I’ll have to pass on the corn this morning. Just had a Bojangles chicken biscuit and dirty rice for late breakfast because I’m a gross idiot. 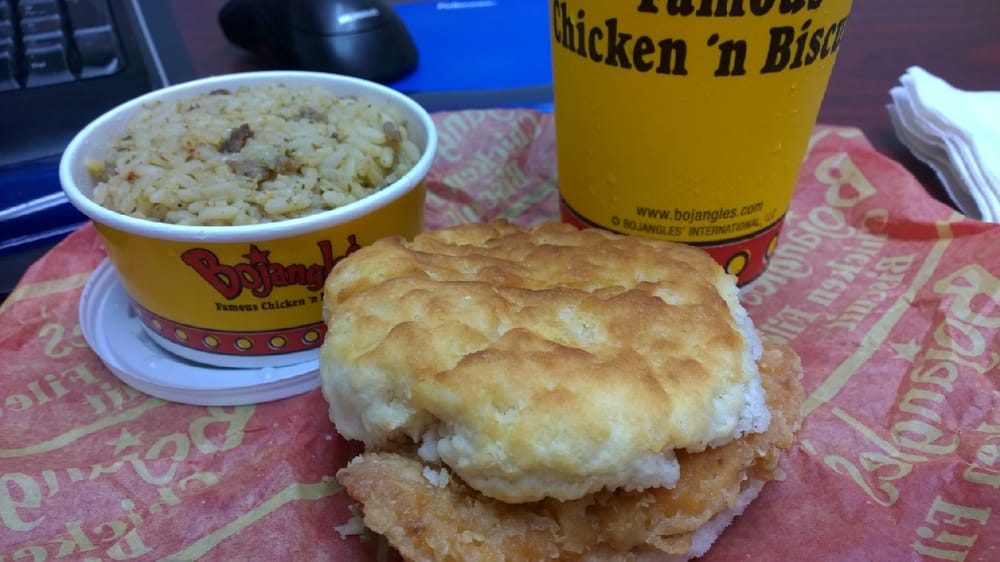 Lawd, I want that in and around my face hole. I assume you’re having sweet tea with it?

Do they have decent coleslaw?

Yes, I swear it had crystals of sugar reforming in it as I drank. So damn sweet. In DFW now.

BC really sucking the big one is a bit of a bummer. I mean, this means people are anxiously counting down until the Canucks start playing…

It’s tough being a Vancouver fan, man. Leos are garbage, Caps went cheap, making them a middle of the road team with barely a shot of making the playoffs and the Canucks fans are hoping they win the draft lottery while their youngsters develop.

The Vancouver Canadians are a fun watch and are doing well, though

Did I tell you I own a Vancouver Millionaires cap?