It’s shitty preseason ball and a couple of shitty teams are involved in this double-header. Call it “un-beautiful symmetry”, maybe? Whatever, my eyebulbs are gonna catch some action. One thing I’ve got an issue with is the fact that this is the first weekend that all teams are playing and there isn’t a single Sunday tilt. That ain’t make no sense at all. I know that we all have tons of beef with the NFL and many might say that this is petty nit-picking but it’s my nit-picking. It’s important to me!

[takes swig of Sleeman’s Original Draught]* Where was I? Right. Some of you Uber-degenerates might have a tendency to maybe, sorta, wanna, kinda post pics of the gloriousness that is the female form but are wanting for a theme. Well, I’ve got one but I’ve buried it deep within the game previews. If you’re very good at parsing, my subtle hints will send you in the proper direction. But in order to do that we must go… TO THE GAMES!

The ATL bounced back from the humiliation that I wouldn’t wish on my worst enemy to post a 10-6 record and a playoff W. All the usual suspects are back, having been extended contract-wise. Fans of the team with obvious boners are explaining it away by claiming that rook wr Calvin Ridley is a thing. Thoughts of him teaming with Julio tends to alter the blood flow to just below the core. Hardcore followers of the team are looking at the war being engaged between Logan Paulsen and Eric Saubert at tight end for the right to back up starter Austin Hooper. Those tight ends, whew! No matter what Sam Darnold does/doesn’t do this evening, #thegreatoverreaction will spill into your media feeds. Remember that time Truth Biscuit had that above-average preseason game and pundits/fans went wild? Imagine that multiplied by a factor of New York. That’s a formula that every baby would spit up in a tiny heartbeat. Btw, Teddy Bridgewater 2.0 will be testing the outer limits of patella-specific medical technology tonight.

The Raiders players (with the exception of tight end Jared Cook) will be a mere backdrop to the sideline shenanigans of a certain Jon Gruden. Will he grimace maniacally? But of course. Will the announcers butter him the fuck up? He doesn’t have to do this. The stakes are so high for him! He’s risking his LEGACY! He’s risking his REPUTATION! Of course. As far as Detroit is concerned, it’s unlikely that Chubby McButterpants will play at qb so that means that the tight end conundrum takes center stage tonight. Eric Ebron was cut loose and Luke Willson and his extra L was brought in to a team much accustomed to them. His under-average play at Seattle should give 6’8″, 285 pound Levine Toilolo an opportunity to be more than just the most intimidating strip bar bouncer of all time.

Oof. Did I ever just get an unpleasant call. One of my employees just called me because they just realized they can’t work this one job tonight because she’s in fucking Saskatchewan. So now I have to do it. Fuck.

(you should totally do it, hippo)
https://www.flashscore.com.au/afl/

Crown Bet is the official book of the AFL…

But how are your tips in the DFO AFL comp looking so far?
Me? I’m in like ninth and falling like a drunk wombat, mate!

Come on Cats, one goal. You can do this.

Yay! A win for Gruden in his first game back!

But seriously, the A team looked fine, it doesn’t look like anybody got seriously injured for either team, so a good game.

Defensively, they mostly looked pretty stout.
For pre-season, that’s about as much as one can hope for. Though obvs not necessarily reliable, either.

I mean they didn’t see Stafford at all, but in general everybody seemed to be where they were supposed to be, particularly in coverage. Happy not to see every receiver on the opposing offense running free on every play.

Agreed. They look well coached on that side of the ball. Harder to state on the other side for now.

NO GRUDEN I AM NOT COMPLIMENTING YOU!!!!! YET.

The A team looked fine

Did a plan come together?

OK Balls, I now have a more thorough answer as to why I wasn’t watching the Hawthorn/Geelong match.

Holy fuckballs, Cats. This is why euthanasia is good.

You were catching up on BattleBots?
/Worth a try

“Well I just blew out my speakers listening to Oingo Boingo.”

I’ve never been so proud.

I know it’s only preseason but I’m still gonna be disappointed when the Raiders let the Lions drive the distance to beat them by one.

And they start by sending the kickoff out of bounds.

Not half as disappointed as last fall when Yeah Right, Dok Zymm, LCSS and myself were cheated out of $6k+ because they couldn’t hold a 10pt lead vs the Giants.

IT WAS THE FUCKING GIANTS GODDAMMIT!!!!!!!

You should have known better to bet on a game where the Raiders were involved. They will ALWAYS screw you.

Doesn’t matter whether you bet on them or against them.

I seriously still have that betting slip sitting around here somewhere. Never came so close to hitting on a parlay ever.

Fuck! We studied and drank for HOURS to make that work.

SO close.
So fucking close.

I know, I know. Just think of the hookers and blow that could have paid for.

Well, not for Dok I guess. Although let’s not rule anything out.

I was able to cancel the Thai massage with much regret.
Stupid Raiders!

Dude! That was FUCKED!
Fuck the Raiders man!

I’ve been working overtime with my therapist to forget that.

“Lions” spelled backwards is “Snoil”.
Which is a really weird word. It sounds like a disease you might contract in West Africa.

“Raiders” spelled backwards is “Sredair”.
Which actually sounds pretty nice and distinguished and sounds like it would be from somewhere in the south of France.

But probably also a disease

A proper SrediaR can only be with a compound butter. Take your time and remove the butterfat with a slotted spoon.
Don’t worry about the amount of nutmeg.

It will cook out. Let’s go for a ride, buddy.

Already better than both X Men Apocalypse and X Men: Rise of Phoenix I’d like to address the elephant in the room:

In the story “The tortoise and the Hare” the hare has a massive lead and then takes a nap, resulting in him losing. The moral of the story, or so we’re told, is that slow and steady wins the race. But that’s bullshit.

The moral of the story is, when you’re in the lead, go for the fucking jugular and crush your enemy. The hare had no killer instinct. SMH

Ain’t no time to take a Gatoraide break if you want to step the fuck up.

So many white people

OK, that resulted in a tWBS spit take. Fortunately just water and not vodka. Let’s not waste teh alkyhol.
But really….Hehehehe. Nice.

On an almost completely unrelated note….

Why the heck am I watching this game? Why are you not watching Geelong – Hawthorn?

Oh shit, what fucking day is it over there?

Dude, I just woke up about an hour ago. Been sick as shit all week and dealing with “other things”, which don’t seem to be quieting down as quickly as I expected. And I’m not even sure if that’s good or bad.

16 seconds, 2 timeouts…no reason not to run a quick trap play

well merde, I meant and then call your first timeout OK, that abdominal oblique muscle, just over (superior to) the iliac crest? That’s some hot shit. 12/10, would worship.

I accidentally flipped the channel to sommet hideous titled “Training Days: Rolling With the Tide.” Dear Christ, they prolly make ppl watch that in prison, don’t they? True. But if she farts, that whole wall is gonna need to be re-varnished.
Indian Cuisine last night.

Where did they go?

that would be more of a coke wholesaler kinda hangout I am not doing so well without mine. 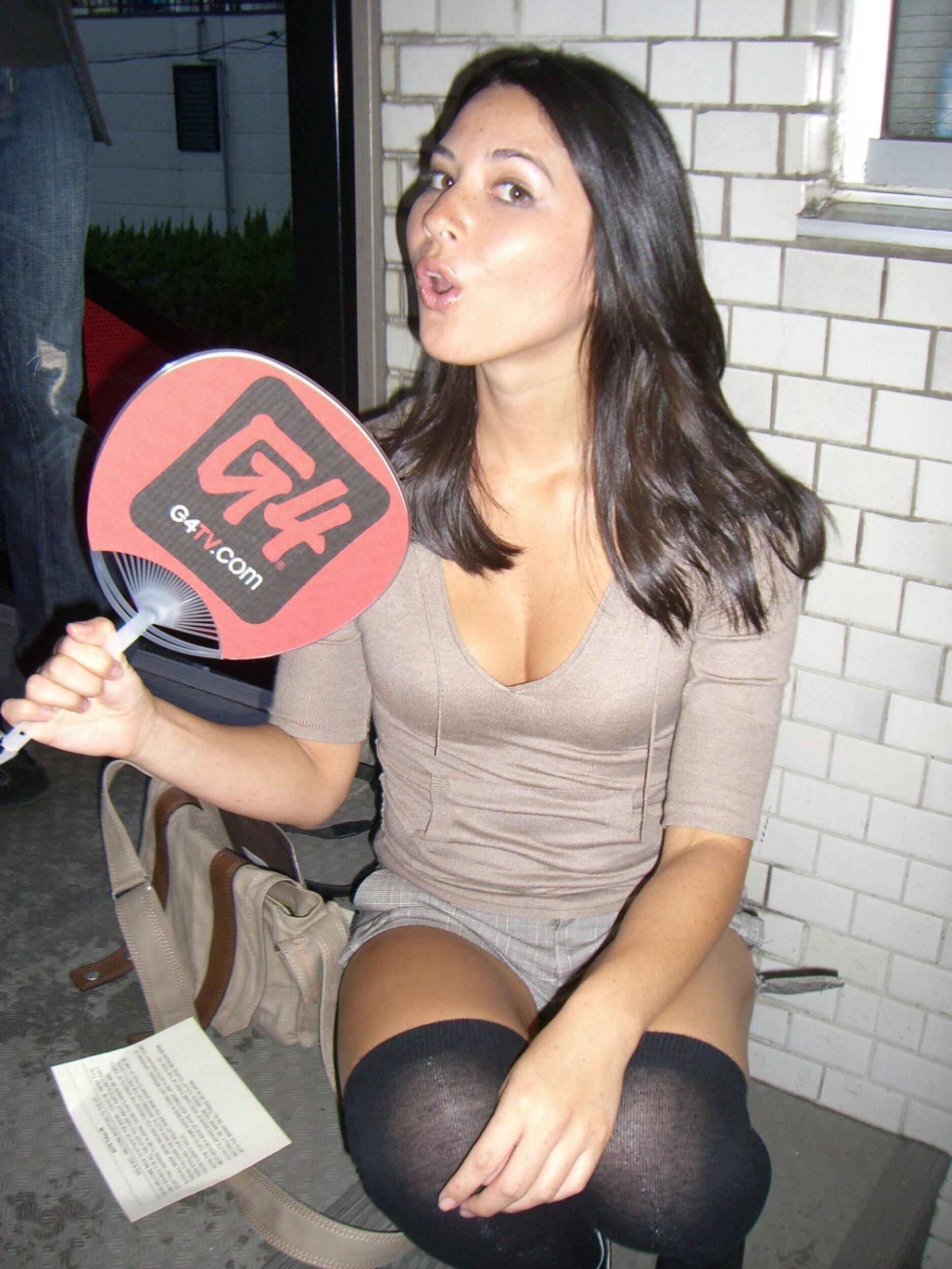 The Ode to Joy on weed and vodka is awesome