(Banner image via Brawl in the Family.)

Thaaaat’s right, today is August 13th, which is International Left-Handers Day! No, I’m not joking, there’s a website and everything. It’s one of the silly holidays I actually like, being left-handed and all. Because we may have shorter lifespans, can’t use regular scissors in our dominant hand without minor strain and annoyance, and smudge the ever-loving shit out of any documents we write with our hands, in addition to ripping out the looseleaf paper in the binder it was written in, but hey, we get a day to ourselves. So, let’s indulge to take time to remember some of the left-handed throwers and kickers of the NFL. Like Steve Young, the only left-handed quarterback in the Hall of Fame! Or Michael Vick! Or Sea Bass! Or David Akers! Or Morten Andersen! The all-time points leader is a lefty, so woo! At least until Vinatieri breaks it this year since he needs 58 points to do so.

NFL News
As tWBS alluded to last night… FIGHT FIGHT FIGHT! This one between the Jets and the Redacteds in their joint practice. Sorry, these two, there were two different fights. A link to the video here. The fight started either due to ‘Dacteds OT Morgan Moses shoving Jets CB Trumaine Johnson as the former finished off a block, or a cheap shot on Moses afterwards. Probably the latter. The two teams play on Thursday.

The Jags have suspended Jalen Ramsey and Dante Fowler for a week due to “violating team rules and conduct unbecoming of a Jaguars football player.” Fowler was involved in a fight at practice on Sunday, which was reported on by Phillip Heilman, and Ramsey took exception to it on Twitter.

On the flip side, Hue Jackson made Browns WR Antonio Callaway play most of their preseason opener against the Giants due to not telling the Browns about a citation for marijuana possession and a suspended license last week, and Callaway didn’t tell the team until the dashcam footage was released on Tuesday. In a related story, after playing 54 snaps on Thursday, Callaway was limited in practice Sunday due to a rib injury, which Jackson noted was probably suffered during the game.

The Colts released Shamarko Thomas on Saturday after he was ejected for a helmet-to-helmet hit Thursday against the Seahawks. They then signed DE Ryan Delaire.

The Christian Hackenberg Experience returns! This time, with the Eagles. He’ll be around as long as Nate Sudfeld and Joe Callahan are hurt.

Other News
A kid from Staten Island threw a complete game to send his team to the Little League World Series. If you think strikeouts in the Majors are too high (which they are), he struck out 12 out of 18 batters. This concludes the website’s Little League baseball coverage, hopefully for eternity.

Um, I don’t have a closing thing. Sorry, but you know what to do.

Senor Weaselo
Senor Weaselo plays the violin. He tucks it right under his chin. When he isn't doing that, he enjoys watching his teams (Yankees, Jets, Knicks, and Rangers), trying to ingest enough capsaicin to make himself breathe fire (it hasn't happened yet), and scheming to acquire the Bryant Park zamboni.
Please Login to comment
94
209
0
22

Here’s my desktop aboard Delta Airlines DL1589, crossing western Lake Erie at 35000 feet. The flight route skirts the southern edge of Canadian airspace, as shown on the tracking app on my iPad. I was in Seat 1A, which made me the senior ranking passenger on board. 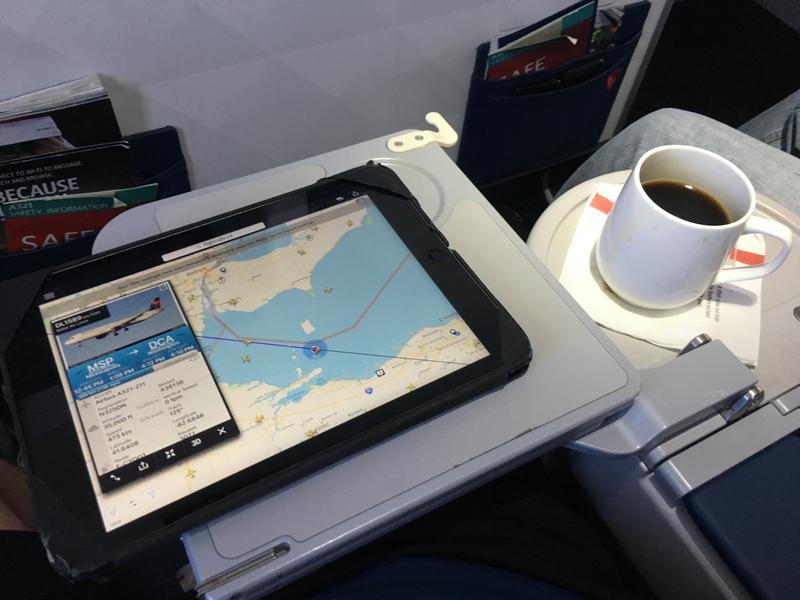 Aretha is in hospice. All hail Aretha.
https://youtu.be/X2d2DD63POk

Ok, folks, we may have found a winner in the apartment search. It’s outside the original budget, but like Pam wisely said, you can’t put a price on good pussy.

Well I drove back up and down the NY Thruway for most of the last 3 1/2 hours. What’d I miss?

yup, turns out the Devil was just on the can for a few minutes. We cool again now.

Satan gotz those monster shits. Give him a break. In the restaurant’s defense, the order was for cheese on the side.

Next we show the kid horse “eggs.”

That was a pretty pitch.
Thank you, DirecTV, for outsmarting rain long enough to let me see that. again, the voice in my head said “no betting” My gametracker says this game is exciting now. But my DirecTV says fuck you.

real pitcher comes in, one batter too late

When I had it it mine would go out with heavy snow and some storm, but it was mostly reliable. I always kept enough on the DVR to ….. ride it out. Comcast and DTV, so not really any competition.

Yep…in winter, i have to regularly go outside and clear the ice/snow off of the dish.
What? I’ve never fallen off the ladder as far as you know.

I only had to clean it off a few times; I live in high wind off the foothills. It was almost as reliable as cable; that goes out every now and then. What’s the story behind this?

Do what I did; make some weird shit up.

And of course, now tstorms fuck up my direcTV signal.

I dunno how Southern folk can tolerate the dish thingy. Sportsball is mah lifeblood. Bcuz i’m far enough out in the sticks that Spectrum won’t run a line down my fucking road.
I got no other options, dude.

yes, that is bad

Adams hits LHP about as well as I do.

Who do cards have in pen after this?

Never mind. Got bailed out.

like I say, should be Shreve but would probably be Mayers (Murphy can’t hit LHP neither) Or a wild pitch….that’s what I meant.
Bud Norris….still Bud Norris. You can take the closer off the Orioles…

Jeebus, Bud Norris is closing for the Cards now? He used to be a stinking Oriole!!!!!!
Holy shit.

yeah, we used our best reliever (who usually works the 8th) twice in a row, he won’t pitch tonight (young dude who has hit 104)

Just listening to the radio; there is hatred toward Lynch. WTF people; he’s a dipshit, not his fault, he got drafted high, again not his fault.

yeah, Elway has to answer for that one. He fell in love again. I mean, he TOOK THE WUNDERLIC. It wasn’t any secret.

I’m glad Kubes is back in town, Elway is good, but he needs someone who can speak truth to power and call him out when he’s wrong. OK, that was a fucking helluva play to end the inning. No shit.

MASN announcers wrap up the inning… 4 runs on 2 hits and….

Our Dad, out there somewhere looking for cigarettes, just smiled and pumped his fist a little too.

Holy fuck, did you lose a bet?

maybe his ladyfriend did, having to sleep next to him after that??

what do I say?

OK; you are calling a game on the radio; do you do it naked or at least pantsless to keep that edge?

I used to do it naked and slabbed up in Crisco. But now I’ve matured.

OK, olive oil is better for the skin, good move.

well, he’s a bat-first catcher, he just can’t really hit no more either

according to INTERNET DAD and all sorts of goodhearted ppls

plus Satan hisself ,, ppl forget that

from the game thread (NAWT me):

Thank you satan!
Does anyone have any spare first born kids?

Hehehehe. Meh. I could try to make one, but it seems like too much effort.

The More You Know … Dirtball people are fucking crazy.

Now I’m vested in this game.

Stand by…lemme see if I can get an erection to photograph for ya.

/he will NAWT stay in to face a lefty, que lastima

Oh, that one has the distance.

the only kind of homers #BFIB ever get. No doubters, and solo.

tis a good defensing MIF. Kolten Wong is an absolute treasure, though that one was PDJ all the way.

PDJ is a #DevilMagic guy, a college 3B we turned into a SS at the major league level because we had a vacancy and a need. He started defending really well, and all of a sudden started hitting with way more power than expected. Started taking walks this year.

Funny thing is, he first started hitting while playing some 2B during a Wong injury, but he was total crap at 2B defensively,

It really was a very pretty defensive play.

/well I didn’t, but metaphorically and shit

I’m shutting up now either way.

Webb has been surprisingly adequate, since being plucked off the scrap heap to replace the guy we cut and the guy we pretended was hurt

I don’t disagree. But not tonight apparently.

he is left-handed, there is a limit to his adequacy

plus this be a very low leverage sitch

OK, now the rest of the Nats need to fuck up.

just like on NC State radio broadcast, the hog farmers of Mizzou think that a sportsball campaign to paint themselves as totes environmentalists guys!!111 is a fine idea. Sometimes, I seriously worry about humanity.

And I say that lovingly, of course.

(yes, you guys now all see why I never could keep a job calling baseball)

Miller can’t find the zone, and doesn’t even seem to fucking care.
this could get interesting.

One out single to left by Martinez. Cards got a little sumpin’ maybe.

Now there’s a shitload of assholes on teh field.
For some reason.

Did they bring back disco demolition night?

That would be awesome.

except with bro country?

Country as a whole should die a painful death.

ah will defend Hank, Sr. to the death. Not a whole lot else, mind.

4-2 at the stretch, Hippo.
Turn off yo’ radio. You know I’m moar entertaining.

No DFS for Rugby, but there is DFS for WNBA. Something is wrong here.

what can I say, those lesbians sure do love a wager!