This week, even though there are no games (or are there?), we still have stuff to talk about as the AFL season-ending awards were given out, we review the bottom ten clubs’ season, and we look forward to next week’s finals.

This week, multiple awards were given out to players based on their contributions during the Home and Away Season.  Without further ado, to the awards!

The Melbourne Demons’ ruckman was voted by the coaches as the most valuable player in the competition.

The award is determined by the weekly votes of the AFL coaches based on the individual’s performance in his first two seasons in the AFL.

This is the team made up of the best players in the competition at every position as chosen by a selection panel made up of Gillon McLachlan (chairman and CEO of the AFL), Kevin Bartlett, Luke Darcy, Mark Evans, Danny Frawley, Glen Jakovich, Cameron Ling and Warren Tredrea.

Tom’s an MVP in more ways than one.  Well done, man, well done.

The NAB Rising Star award is given annually to a standout young player for the performance in that season.

The Coleman Medal is awarded yearly to the player who kicks the most goals in home-and-away matches in that year. Jack scored 65 this year.

Still to come is the most coveted individual award of the year, the Brownlow Medal given to the League MVP.  The announcement will be made at a special ceremony at the end of September.

Predicted Ladder Position: 12th (what was I thinking?)

Overview: Boy oh boy, was this a shit season for the Blues!  Not only did the team suck on the field, but the team also wore the ugliest gray uniforms the league has ever seen!

It doesn’t look good for next year.  Unless some massive changes are made in the offseason, next year may be just as bad.

Overview: The Suns started the year off decently with a ladder position of 3rd at the end of Round 2, but a decline was always in the cards.  Sure enough, come Round 4, the Suns were in 14th and by Round 9 they were in the bottom 4 for good.

2019 Outlook: Tom Lynch, the Suns’ 2018 co-captain and current free-agent has announced he will not be returning to the Suns.  This caused some internal turmoil at the club that is still lingering.  The club needs to sort out its leadership issues and get the players to be on the same page.  Until that happens, they will be stuck in the bottom of the ladder.

It’s unfortunate, because the Gold Coast is beautiful.

Who wouldn’t want to play there?

Overview: The season went pretty much as predicted by me in the season preview.  We knew the Saints would not contend this year and that was actually a merciful thing for Saints fans.  The weight of expectations was not on them and the year went by fairly fast.  On the bright side, the Saints showed signs of becoming a better team by the end of the year as they re-discovered their style and played some teams tough.

2019 Outlook: The Saints should improve further as the organization has already started a thorough review of operations.  Several assistant coaches have already been fired and the Saints are already raiding the Hawks’ staff for replacements.  Things are looking up, but more work needs to be done.

Overview: The Lions were better than expected and, if it weren’t for pesky mistakes at the wrong time, would have finished much higher on the ladder with a chance to sniff finals.  Coach Chris Fagan comes from the highly successful Hawthorn system and his influence has been felt deeply.  The attitude is different, the effort is better, and the statistical analysis shows the Lions are improving.  The only negative was Chris Fagan’s torn hamstring suffered during the coaches’ slide to the ice for charity.

Ironically, Chris crossed himself before taking the plunge dressed as a priest.

2019 Outlook:  Continued emphasis during the offseason on fundamentals and improving basic footy skills should help eliminate the mistakes that cost the Lions this year.  That should translate into more wins and getting a snif of the finals places.

Overview: I had the Dockers pegged about right, but the wolves are out in Perth as the Cats’ 133 point thrashing in Round 22 rightly embarrassed almost the whole organization and the Dockers fanbase.  Questions are being asked as to whether Ross Lyon is still the man to lead the rebuild that has been going on now for multiple years.

2019 Outlook: Big changes have been promised as well as the now-standard “review”, but if things don’t change, it will be more of the same and another lost season for Fremantle next year. What is particularly galling is that West Coast has suffered big injuries to star players and yet finished 2nd in the competition.  That speaks to a well-rounded list that Fremantle simply doesn’t have.  The big question is:  Whose fault is that?

Overview: The Doggies have been on a downward slide since their premiership two years ago.  Last year, they barely missed the Eight, landing in 10th, and this year they’ve plummeted all the way down to 13th.  It’s very strange because the style of play they exhibited in winning it all has been successfully copied at Richmond and Essendon, to name a couple of clubs.  So, what gives?  Why are the Doggies so bad now?

2019 Outlook: The main source of problems this year was inconsistency.  Some games, the Doggies played like two years ago and in others you barely recognized the team.  The frustrating part is that even down to the end of the season, the consistency issue wasn’t resolved.  Until they show they’ve fixed things, you can’t expect much more than a middle-of-the-ladder finish.

Predicted Ladder Position: 3rd (I was high when I wrote this, I’m sure)

Overview: It turns out that the Adelaide Crows and NOT the West Coast Eagles were the team in the Eight last year that was due for a big fall.  The team suffered major injuries at the beginning of the year and could not make up for them with players from the lower level.  They couldn’t even win big games at home, which is something they had prided themselves in.

2019 Outlook: The bright side says this year was an aberration and the team should jump back into their usual finals spot next year.  The pessimistic side says that each player is one year older and the injuries are only more likely to occur.  This team needs an infusion of young talent and it’s difficult to see where this talent will come from.  They need to hit on their draft picks or it will be a long year again next year.

Overview: Essendon was hailed as the “in-form” team at the end of the year, which is a good thing, but ultimately frustrating for Bombers fans as they know they could have challenged teams in the finals if they hadn’t failed against lower competition earlier in the year.  For fuck’s sake, this team was one of only TWO that lost to fucking Carlton!

2019 Outlook: If the Bombers can maintain the form they found at the end of the year and keep playing that way the entire year, they are a lock for finals as they showed they could beat any team in the competition.  They just need to do it.

Overview: Port took over from Melbourne the distinction of being the biggest chokers in the league.  They had an 11-4 record, good enough for 4th at the time, but then proceeded to lose 6 out of 7 and finished in 10th.

2019 Outlook: Granted, the Power suffered injuries that helped take them to that 1-6 record down the stretch, but that also shows the team had no depth.  This offseason, they must add more talent to the squad so that the bottom doesn’t drop out if the top players get hurt.

Overview: The Roos were the pleasant surprise of the competition this year and only missed the Eight by percentage.  Coach Brad Scott, twin brother of the Cats’ Chris Scott, did a masterful job of bringing in new players, blending them in with the old, and winning games in the process.  All Roos fans have a reason to be excited about next year.

2019 Outlook: Finals are a definite possibility as the team is in better shape than it was in the last two years.  A lot of new players have been brought in and they have succeeded, which only spells positive things for next year.

The E. J. Whitten Legends Game is an annual charity Australian rules football All-star game, where retired star players are reunited, along with selected non-footballing celebrities to play as part of either a Victoria team or an All-Star team (representing the rest of Australia).  The game has now been scheduled for the Bye Week between the end of the Home and Away Season and the start of Finals Week 1 so the footy-starved public can have something to tide them over.

In this year’s match, the All Stars emerged triumphant 1.15.10.109 to 2.12.7.97.  Here are the highlights for those of you that enjoy fat and out of shape old dudes trying to relive their glory days:

That’s all for this week.  Don’t forget that the finals start on Wednesday night/Thursday morning!   To remind you, here is the schedule (all times Pacific):

Is Toyota like #1 in Australia? Is that why they host the Finals? I feel like that’d be a Chevy or Ford sponsorship in the US.

Actually, they are! By a large margin, too. 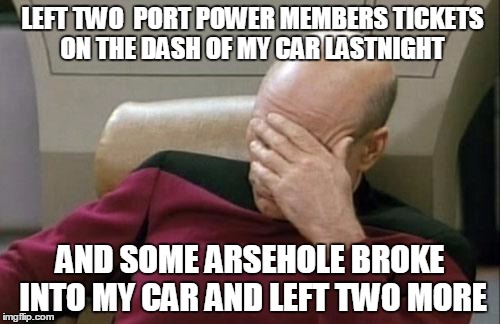 Who do you think wins the Brownlow? Buddy?

I don’t think Buddy has had a consistent year. Dusty Martin from Richmond may win it again but the odds-on favourite is Tom Mitchell.