With only three games left to play in 2018, there’s not much left to say about the season. The winner of each of these games this weekend will face each other in Edmonton, Alberta for the 106th Grey Cup championship game; as of right now, Ottawa and Calgary, both top seeds, are favoured to meet for the second time in three years, while the Stamps look to head to their third straight championship game and their fourth in five years. They’ve definitely got a shot… but we do need to play the divisional first before that’s all settled up.

(Crossover) BC 8 vs. (2) Hamilton 48: Despite a fairly even season series between these two teams, the Ti-Cats dominated this game from start to finish, with QB Jeremiah Masoli showing a strong case for his 2018 MOP nomination, throwing for 3 touchdowns on 259 yards passing on the night. The Ti-Cats put up 28 points in the first half alone, while their defensive front seven absolutely punished both Lions’ quarterbacks on the night, racking up four sacks on Travis Lulay and Jonathon Jennings, while also racking up a pick-six off of DB Frankie Williams picking off a pass intended for WR DeVier Posey, and LB Simoni Lawrence ran back a Tyrell Sutton fumble 92 yards, which allowed Hamilton backup QB Dane Evans to punch the ball in for yet another score. With the loss, Wally Buono’s illustrious career as a CFL head coach officially comes to an end; not the end he would have wanted, certainly, but nonetheless, he’ll retire as one of the all-time coaching greats north of the border. Hamilton moves on to face the REDBLACKS this week in the East Final.

(3) Winnipeg 23 vs. (2) Saskatchewan 18: In a freezing cold and snowy evening in Regina, the Blue Bombers had to grind out a win over the Roughriders, who announced late that starting QB Zach Collaros wouldn’t play due to lingering issues from a hit to the head he took back in Week 20 against BC. The lack of offence proved to be Saskatchewan’s undoing once again; with Brandon Bridge at the helm, the Riders had issues moving the ball. Bridge went just 12-22 for 100 yards, with no touchdowns and a back-breaking interception that was picked off by Winnipeg DB Kevin Fogg, which gave the Bombers the momentum they needed to finally break the game open in the second quarter. With 153 rushing yards on 19 carries and a big touchdown in the fourth quarter that sealed the deal for Winnipeg, Andrew Harris had one of the best performances of his career, helping Winnipeg to their first playoff win since 2011. The Blue Bombers move on to face Calgary this week in the West Final.

(2) Hamilton (8-10) vs. (1) Ottawa (11-7), Sunday, November 18th, 1:00 PM EST: Hamilton has played Ottawa three times this season, and has lost all three. Despite a strong first half in Week 19, they went on to lose 35-31, and then got thoroughly outclassed in Week 20 in the rematch back at their own field. Yes, last week’s victory over the Lions was a dominant effort, but Ottawa has been able to weather the storm from the Ti-Cats in a variety of different ways, and it will be curious to see what the game plan is this time around. By bringing the blitz on the Lions, they forced a ton of pressure, but Ottawa has a much stronger O-line than BC, and Trevor Harris, when in a rhythm, can be effective at getting the ball away quickly, though getting into that rhythm early remains the major question mark. Hamilton of course remains down many major weapons, most notably Brandon Banks, but with Luke Tasker snagging two scores last week and with newly-promoted SB Bralon Addison racked up 124 yards on five catches, which adds another piece to account for over the middle. If Ottawa can keep their linebackers active and mobile, as they’ve overall shown they can be thus season, hopefully that’ll be enough to negate most of the mid-range threats that Hamilton poses. With cold-weather ball, though, ultimately, both teams will try to keep things as simple as possible.

(3) Winnipeg (10-8) vs. (1) Calgary (13-5), Sunday, November 15th, 4:30 PM EST: Yes, Calgary won the West yet again, but with their late-season swoon, which included aa three-game losing streak – an unusual occurrence for arguably the most dominant team of the last decade – is it fair to say that they’re more vulnerable at the top than they’ve ever been? Their Week 21 win finally saw them snap out of an offensive funk – which is somewhat justifiable given the litany of injuries, particular to the WR corps – but the offence will need to be firing on all cylinders in order to go tit for tat with the league’s top scoring team in Winnipeg. That said, the Stamps will hopefully have a healthy Eric Rogers this week, and with Don Jackson returning to full health, they’ll hopefully have a run game to rival the versatility of Winnipeg’s with Andrew Harris able to be a dual threat out of the backfield. All in all, this should hopefully be an excellent matchup!

The Maestro
The Maestro is a mystical Canadian internet user and New England Patriots fan; when the weather is cooperative and the TV signal at his igloo is strong enough, he enjoys watching the NFL, the Ottawa Senators & REDBLACKS, and yelling into the abyss on Twitter. He is somehow allowed to teach music to high school students when he isn't in a blind rage about sports, and is also a known connoisseur of cheap beers across the Great White North.
https://www.doorfliesopen.com/index.php/author/the-maestro/
Please Login to comment
6
4
0
6

Had tickets to Sundays game. Have to work.

This is a beautiful phrase.

Okay, these games are supposed to be on ESPN+. Last week I couldn’t get them it was a clusterfuck. 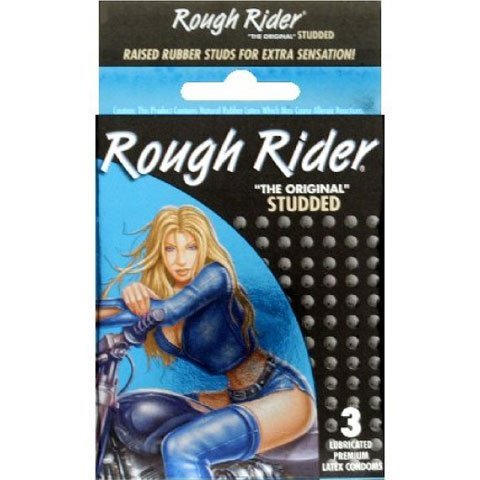 Studs for her pleasure.