Hey gang. I don’t see anything in this slate of games that makes the hair on my saggy balls stand on end. But all of us have been down this road before. It’s not the ‘meh-level’ that matters-it’s the *experience* that matters. ANYTHING CAN HAPPEN! And anything usually does. So let’s go out there like the jaded bastards and bastardettes we are and cheer for the ‘how was that not a catch?‘ play, the Fatguydown, the Doink! or the Bleerg. Whatever gets you to rubbing your very own personal g spot. TO THE GAMES!

This was a keeper of a game once upon a time. Oh, there were playoff implications galore written all over the tilt. But then the Jags qb Bortled all over the O and the cleanup has been nasty. Perhaps signing another O-lineman from one of the league’s worst units (the Giants) will (HAH!) fix the problem.

This here’s the highlight of the package and I’ll not watch one second of it.

[Redshirt pulls hair out of head]

That guy with the wonky shoulder has 26 TD’s already. If he can stay upright he’ll be fine. If you’re telling folks that you drafted te Ebron because you had a ‘feeling’, you’re lying through your yellowed teeth. You just got lucky and gotdamn, buy a new toothbrush already!

I’m always in the mood for a Cowboys bashing. Let’s hope that the Falcons D can fix their issues defending the pass to the rb out of the backfield. They’ve been torn to shreds on that play.

Nothing to see here.

Cam pulls a turkey clubhouse toothpick out of Stafford’s paw and the Detroit qb is grateful. Later, a stuffed Lion’s head is mounted on the wall of Cam’s den. Cam’s pastel-pink smoking jacket nods approvingly.

QUIT TRYING TO TACKLE WITH ONE ARM ON THE SHOULDER PADS, YOU ORANGE AND BLACK DUMBASSES!!!!

Guess the Bengals game has stared…

McCArthy, Lewis will never be fired.

McCarthy. Marvin has pictures of Mike Brown and a farm animal in sexual congress or something.

Marvin Lewis Monday: “They were playing a rookie quarterback that we had no tape on. It was too unpredictable to defend against”

all this fucking non-Amari Cooper yardage…

Bengals are showing that all the coaching changes in the world can’t make up for the fact that a quarter or your roster is guest starring in an episode of M*A*S*H.

Jesus Christ Tampa give the ball to the fucking running back.

Foul on Bengals. Thanks, BLEERGH!

I think that’s in the Ref training manual

I’m actually disappointed we didn’t get to see RGIII start for Balmore today.

Marvin Lewis’s Defensive Coordinator Era is proceding like everyone expected.

Will someone shoot Vontaze Burfict and put him out of his/my misery? This horse is too hurt to race.

My cat is perfectly loafed at the moment

Why isn’t your cat loaded?

I don’t let her drink beer. She seems to like the smell of it though but I’ve never left a beer unattended for her to drink. Usually I just give her some catnip instead. She gets so stoned lol

In my $$ league he has Eli, because of course he does…

I will never stop finding it hilarious that the Redacteds are leading the division. They are gonna get CRUSHED come playoffs

It’ll be nice being on the other side of that for a change.

Actually, if they end up winning against a way better team due to some incredibly bad officiating, that might be even MORE hilarious

7 cups of coffee this am, now having a Red Bull (orange edition) because I’d like my heart to explode before the Donks WOO!! lose to Clippers du Merde

[Adds a zero to to Hippo’s premium]
-Life Insurance agent

Jesus, has Pam Oliver had a stroke? She’s speaking in slow motion…

At walk-in clinic because I ran out of antibiotics and I’m still sick. Already at a 40 minutes wait and there are at least 3 people ahead of me. Fuuuuuck.

At least it’s free, though. Isn’t that how Canadia healthcare works?

Yeah and the drugs are cheap. Just an annoyance that I have a feeling that this is going to take hours for a fucking prescription, which will take 30 seconds for him to write

That’s why I like my doctor. One time I called, he was too busy for me to schedule and appt. but because my entire family goes to him, he just called in a prescription with no office visit.

The Red Zone countdown is actually perfectly synched with the microwave timer, so my saag paneer will be warm exactly when Red Zone starts!

And still less cheesy than the morning shows’ jokes

I’ve also been on the phone with Comcast a couple times this week because my internet has been spotty, and it’s pretty entertaining that both people I’ve talked to have said something like ‘Well, I know how much people use the internet nowadays, especially me!’ They were actually both really nice, but that’s sooo corny

Heard the same thing pretty much, from a different company. Some psychologist’s advice is being heeded at these call centers.

You know how good the odds makers are? I took Duke + 29.5 against Clemson yesterday.

In my main FF league, I have multiple people texting me unsolicited advice because everyone wants us to beat the commissioner. With AJ Green out, probably not going to happen but good to know everyone hates that guy

hate makes the world go round!

You all in Sill’s league?

I don’t like pretty much anything Rob Riggle does. I don’t dislike him but he’s really not funny.

So, I bought an Oculus, awesome! I was going through setup, and I need to update my graphics card drivers, no prob, I should do that anyway. HOWEVER, I can’t update my drivers unless Windows is fully updated, and back in April or something Windows kept pushing an update that broke my computer display, and because MS really wants to be Apple and tries to make Windows as bloated and difficult to customize as iOS, in order to do this I had to basically surgically break Windows Update. Now I have to run a full system restore, wait for hours to download and install multiple updates, hope they’ve fixed all the crap that was breaking before, and go through loads of extra steps to get rid of crap like Cortana that they’ll install and not let you delete because of the aforementioned assuming every goddamn person on Earth wants to be treated like a child who’s incapable of making their own choices about what they want on their computer but they’re just too cheap to buy an Apple so we should make Windows just as patronizing and obnoxious, all just to update my freaking graphics drivers. I should get a job at Microsoft just so I can find the people responsible for this shit and yell at them in person.

It better be, dammit

Ask me about my opinion of Bixby on Android.

Youngest right works for Microsoft, I’ll arrange a get together.

My favorite reaction to this is that we’re experiencing the effects of some dumbass time traveler repeatedly stepping on butterflies.

Usually Condoleeza Rice is the one doing the destabilization of despotic wastelands.

In all honesty, she probably puts up better winning numbers than Huey

Personally I think she was one of the good ones in W’s Administration. That’s not saying much though…

Anyone else going to watch the Canadia Fououtball Conference finals instead of the NFL today? Just me, that’s OK.

I’ll hang up and listen.

I’ve got a 3 teamer with Carolina to cover, ATL to cover and the Titans to win.

If there are additional winnings I’m betting the family farm on my Vikings tonight.
Every. Fucking. Dime.

and I am in on BEARISTOCRATS!

That’s just a pick vs a tanking team. I believe the Oak coaching staff will actively sabotage their own team with shit play calling, and the players know it. I think David Johnson is going full bananacakes this afternoon.

I picked up Christian Kirk to throw him in the flex this week. 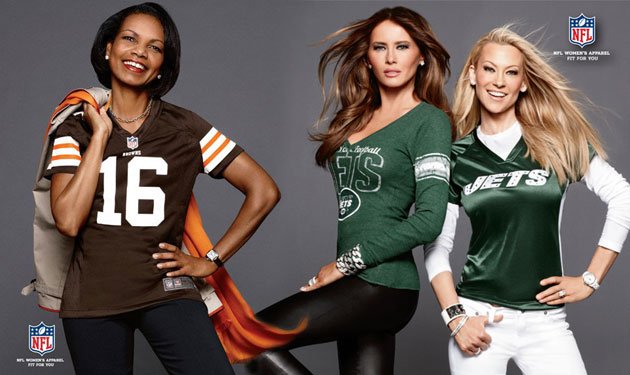 Rice is a big Browns fan.

No wonder she’s optimistic about the GOP. 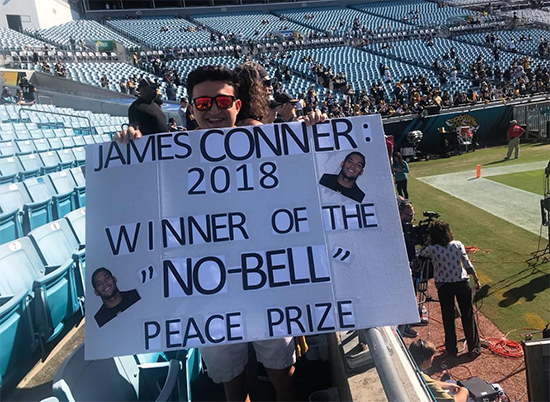 I could barely get out of bed this morning because of the spasms in my back. No damned way I’m driving distance today, screw that.

Looks like a bonus day in FLA. Wonder what time the liquor stores open on Sundays down here.

Let’s hope not. As soon as I can get some pants on Imma go find out.

hey, you can score me some black tar, I has some really excellent (and expensive) muscle relaxers to trade!

/plus methinks Iggles win today, not that Breesus and Bitchin’ Kamara won’t they’s

I don’t know how you people live with football not starting until late in the morning.

I’m going to dive back in to Proof of Collusion.

Stupid cottage with no sports package. I could be watching Wake Forest/Valpo basketball.

No mention of the CFL? Smdh scotchy.

Just finished Pratchett’s (and some other guy, Baxter?) The Long War which was the followup to The Long Earth. It was a slog at times but it was okay. Next up might be Pratchett’s “Raising Steam” or Dr. J’s autobiography.

am in need of MOAR apocalypse reading material. You got anything?

No but Tana French just came out with a standalone novel called The Witch Elm.

Ordered the day it released and tis read already.

I never got super into the Long Earth stuff, with the exception of Good Omens, I just don’t like Pratchett’s co-written stuff as much as his incredibly awesome solo work. Raising Steam is excellent 🙂

I hope that Brady and Belichick take advantage of the bye, sit down and negotiate a contract extension with Satan; might save the season.

I beg to differ. I don’t think Brady and Bellichick are even taking Satan’s calls anymore.

That Saban guy…he SCARES me more than a little. – Satan, Prince of Darkness

JV NFL’s “action” was even shittier than the awful slate portended.

Let’s hope not a harbinger of Sunday. Or maybe we should all just end it now.

Good call. Personally, I’d avoid Southpaw Mixon until the offensive line gets better. No offensive line means no running lanes can be created, the running game can’t get established, and the offensive goes pass-wacky one-dimension when they fall behind.

also my esoteric observation – AJ Green is an underrated blocker, and they really miss that element of his game in the lineup

it is, indeed, a morning

I don’t even know who I have for the AM slate but, rest assured, it will suck.

I put $50 on Jaguras to win (split between half and full-time), also $50 on Iggles to beat the Saints. FUCK IT.

Whatever survives is going on the Bearistocrats!

Are we allowed to talk about the lesser footy, lesser competition in this thread?

yea I think so…

hey. y’all can talk about your morning shits if ya want 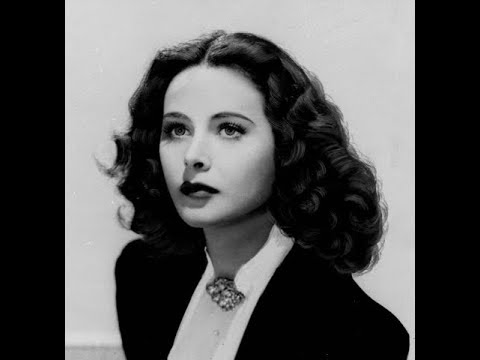