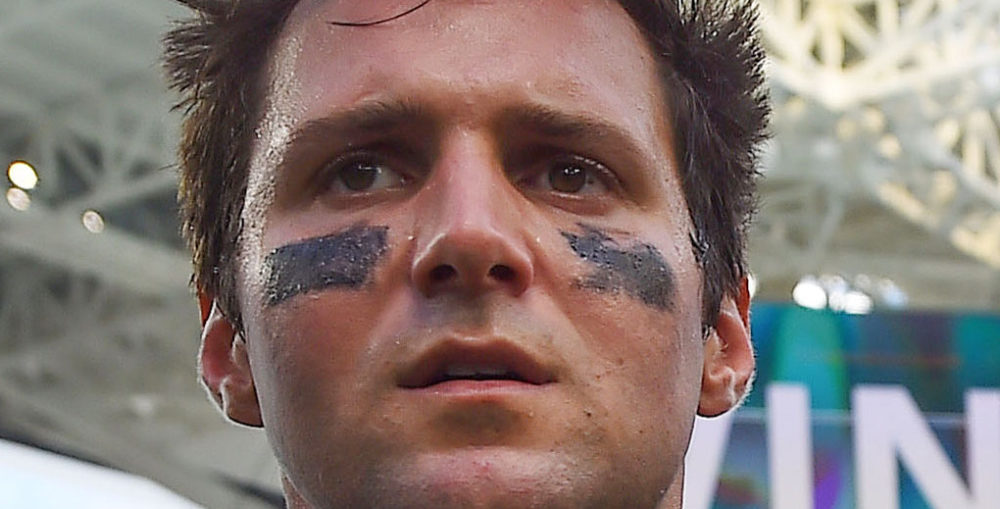 Good evening, ladies and silly men. Were you to start up your own football league would you put the word “Freedom” in the title? Well, guys like Ricky Williams, Jeff Garcia, Terrell Owens and Simeon Rice thought just that very same thing and beat you to the (not attached in any way to a domestic violence ‘incident’) punch. The Freedom Football League is going to pretend to launch in 2020. Where is the funding going to fall short? Well, from private folks and the issuance of bonds because money falls from the sky these days and alternative professional football leagues have a long track record of success and profitability.

You know those tents on the sidelines for injured players? In this league there’ll be nothing but pergolas. Team physicians will be replaced by spiritual advisers. Replay officials? This is 2020 people! From now on remote viewers will be contacted in their lair in the hills of Wyoming for their interpretation of what constitutes a catch and by gum, they’re gonna get it more righter than the NFL ever did. Welcome to the future.

Hey, it’s the last quarter of the season (Quarter? Did someone say quarter? -Jim Tomsula) and unless you’re in a dumbass fantasy league that plays its champeenship in Week 18 when starters get rested, your ass might just be on the line. Not that you’d be playing fellas in this game… As for this tilt… oof. Who will win the Battle of The Incredibly Disappointing Running Backs? My money is on ‘neither’ because Fournette and Henry both don’t deserve to have anyone depend on them for a victory. Get ready for tired old phrases like ‘clock control’, ‘field position’, ‘defensive struggle’, ‘what else is on?’, ‘the toast is done’, ‘I’m leaving you’, ‘these pants don’t fit any more’, ‘are there any doctors on board?’, ‘I told you she was dead’ and of course, ‘it was like that when I got here’.

Based on what I’ve seen of his O-line tonight he should be fucking delighted.

Who has two thumbs and dropped Derrick Henry this week so he could pick up KHunt as a joke?

Which means that I’ll finish dead last in the league, instead of second-to-last.

I admire your commitment to a bit!

So relagated to the second tier?

Nah, I’m the commissioner, so this year the winner is the team with the low score.

Da fuq is Joe Buck talking about, this game is far from over. Pull the starters and see what else ya got

What would be worse in fantasy? Playing against him or having him on your bench?

Against. He’s done nothing all year so was due for a game like this. So having him on the bench is annoying. But going against him means that the other team put a warm body in there and now you are way behind in points

Annoying is an understatement.

That was some quality “giving the fuck up” style defense there.

If I could go back in time, that’s probably the one thing I would fix

Wow, we get a great SNF this week, then a great TNF and Saturday NFL in Week 15?

Which of those Saturday games are you talking about? They both look like ass.

Only TNF great, El Sabato is just there (though Donks v #ThePauls is watchable).

I’m a great reader. Everyone says it.

So…of course Derrick Henry will have the biggest RB fantasy-gasm of the past 4 or 5 weeks. Against the goddamned Jaguras!

Waiting on the little lady to get home so we can start small fires to commemorate.

It’s not. I know you don’t believe me, and I get that. But it’s not. Seriously. I’d give you a pass or exemption if you want it.

Time for the one of sleepiest bears on this site to call it a night. See ya tommora.

Terry just out there showing his dementia to the world

So apparently the Chiefs are going to sign Kelvin Benjamin. I do not believe that Kansas City’s already-stretched-to-the-breaking-point barbecue ecosystem can handle this.

You can always serenade Kelvin Benjamin with that line too.

Come on, Smoot, you are tarnishing the family name. 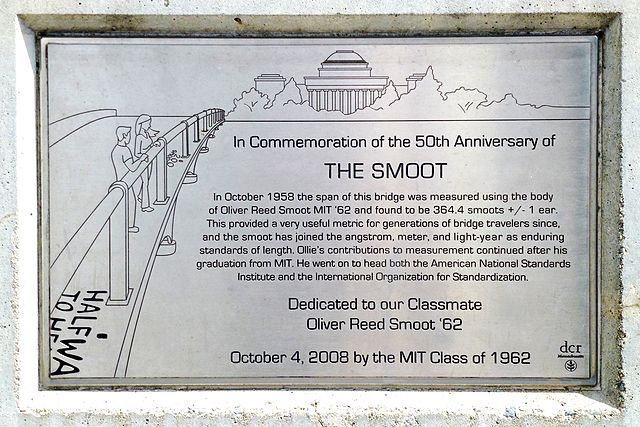 Hermana Weaselo, walking along Harvard Bridge when I was making the Boston college trip: “So did they check how many smoots deep it was?”

/I applied to NEC
//I did not get into NEC… or pass the prescreenings, because I realized the day before they specifically wanted my concerto movement so I needed to record it in one day. It was shit.

The “Middle English” feed on Amazon Prime is the shit!

That was a great showcase for that special teams guy Kalu.

Not many folks know this but Kalu Kallay was one of the stars of Lewis Carroll’s ‘Jabberwocky’. He’s living in a rundown flat in Nob End, South Lancashire these days, apparently.

Apparently, today was the first day of legal marijuana in Michigan and I didn’t get one contact high. Is legal weed already passe?

Is it legal to grow there, too?

Legal to grow immediately, expecting a year or two before the shops start up, which I’m assuming is why it’s gone by so quietly. Won’t have the tourist draw without the storefronts.

Get some seeds! Growing is fun.

Alas, my teetotaler lifestyle doesn’t really allow for it, and the 4 dispensaries per square foot that have popped up in the last 6 months pretty much guarantee that all the potential money has been spoken for.

I didn’t mean for profit.

I don’t even drink! Although, I’d probably be less likely to get in trouble if I did. Popo has pretty much announced that if you so much as forget to use your blinker while changing lanes, you’re getting tested for a DUI, which is far too soft for such a significant crime. Not signalling a turn should be responded to with gunfire.

That is it, no dispensaries for 2 years. They are relying on the gift system.

Super impressive how everyone managed to grow so much weed in the past 21 hours.

It is them new aged lights

In “I Hate You For What You’ve Become” News:

I’ve been nibbling away at a chicken salad sandwich rather than tackling a bunch of extra-hot wings. I suck.

The Jag-Offs don’t know how to tackle at the ankles/knees.

So apparently my friend’s (the girl from the Pelicana chicken installment of House of Pain which is still going to be a thing when I’m not a lazy shit/busy) aunt designed the MTV logo and the Moon Man, and she passed away this past week.

Kudos to your friend’s aunt for designing some of the most memorable imagery of that era. 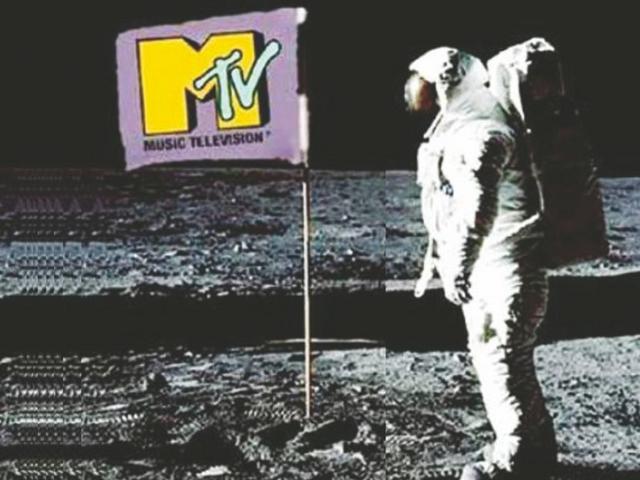 Holy christ, that is the facest mask I’ve ever seen

This game has everything, 99 yard run, safety, missed xtra point, goal line stand, when will Morgana the kissing bandit come out here????

And to think I was going to sit this game out.

“Does it have Dan Cortese?” -Stefon

Ooh, all the gods are showing up tonight.

Wow. We’re getting all the derpage in the first half.

Damn it, I know this is gonna suck and peoples won’t get what an AWESOME book trilogy this was.

While I realize the source materials are different, all the commercial did was make me want to replay The Last of Us.
https://www.youtube.com/watch?v=gRqnZzmAg4w&index=1&list=PLTzt1HHioGrYy9T0S7yEwKo1z-iiMSXYg

The Stiffarm, A Manifesto by Derrick Henry

Do I Gotta Do Everything Around Here?

No complaint from me.

WELCOME TO THE DERRICK HENRY STIFF ARM CLINIC PLEASE PICK UP YOUR NAME TAG FROM THE TABLE BY THE DOOR.

They really should put those name tags on the floor. It’ll make things easier.

I feel like the Army recruitment ads are getting progressively more violent. In two or three years they will actually show troops kicking down doors and shooting grandmothers in the face.

would be a mighty potent recruiting tool around these parts

Its based on the Commander in Chief. Before was “Promote Peace”, or “Better Yourself”, or “Create a Career”. Now its “Waffen-SS USA!”

Seriously. That last ad was straight up blitzkrieg.

Army didn’t meet their recruiting goal this year either.

Shocking that youth don’t want to volunteer to be shat all over by those support then most. Good thing southerners have those coal mines (and the welfare state) to keep them breathing and suckin down opiates enough to get ‘em to the next election so rich executives can get MOAR tax cuts.

good thing those folk done shot up they TVs before THAT

/also think that SWAG! might just not be coming back

I don’t know them

Gronk thinks this is a chewing gum commercial

One of my first takeaways from Julius Erving’s autobiography?

He fucked every girl he could when he could and feels a wee bit guilty about it now because he’s ‘informed’.