In Vancouver, we have this great concert venue called the Commodore Ballroom.

The place has hardly changed over the years,

It’s renowned for having great acoustics, because it was designed for the big band era, and the dance floor is legendary for its bounce.

Rumours are that it has springs or tires underneath it, which give it both durability and bounce, which seems to entice the crowd to greater antics.

It’s over 85 years old, holds about a thousand people, and has hosted many, many acts. One of my fraternity brothers, in fact, wrote the definitive book on the place.

He talks about how many bands have played there over the years, and I’m going to defer to him when he says January 1979 was the greatest month in the Ballroom’s history in terms of who played:

While it’s difficult to single out any one period as the Commodore’s most notable or remarkable, the month of Jan. 1979 might earn that distinction. It began on Jan. 2 when Blondie appeared to a packed house. The Ramones returned a few days later on Jan. 6, and this time Vancouver was ready when 1,000 pogo’ing punk rock fans hit the dance floor. Yet the Ramones might have looked quaint compared to Devo, which took the stage on Jan. 12 and played both an 8 p.m. and midnight show. While Devo may be regarded today as a kitschy ’80s group, the band struck audiences as controversial in its early years. Rolling Stone magazine notoriously found their sound, imagery and disdainfully “devolutionary” worldview threatening enough to call them fascists.

BB King and Tower of Power also performed that month, but it was the Clash making its North American debut at the Commodore on Jan. 31 where Vancouverites could see for themselves that despite the bombast — the Clash were called “The Only Band That Matters” — they were at their root a terrific live band.

I’ve been attending shows there since I was 19, because of their liquor licence. In fact, they were closed for three years at one point because they lost the licence when the owner retired and the Liquor Board wouldn’t transfer the old licence to the new owners, meaning they’d have to get a new one which didn’t have the same freedoms as the old one.

While I wasn’t there for the famous U2 show that only had 300 people in attendance,

or the Nirvana show in 1991 just before they blew up,

Thanks to my friend who owned Scrape Records, I also got to work backstage for bands like GWAR, Cradle of Filth and Fozzy.

Anyway, I thought I’d talk tonight about venues that influenced my love of music. We all have them; I just had the floor.

The Oscars are tomorrow night, so MakeItSnow will be guest-hosting the Open Thread, and I encourage everyone to join along as we liveblog watching famous people blow each other (metaphorically) on live TV. AT LEAST THE AVN AWARDS ARE HONEST ABOUT IT!

Beerguyrob
A Canadian man-child of indeterminate age, he stays young by selling alcohol at sporting events and yelling at the patrons he serves. Their rage nourishes his soul, and their tips pay for his numerous trips to various sporting events.
Please Login to comment
86
103
0
25

Well, I wonder what could help…

Not sure if already posted, but just in case it wasn’t… 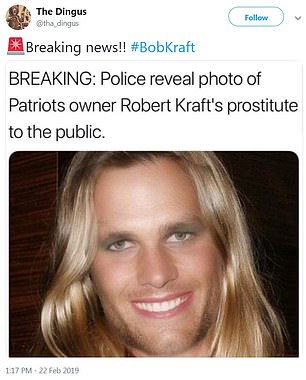 If that was already posted; it still deserves another.

How the fuck does Tampa Bay have 98 points already?

Nikita Kucherov is already over 100 points 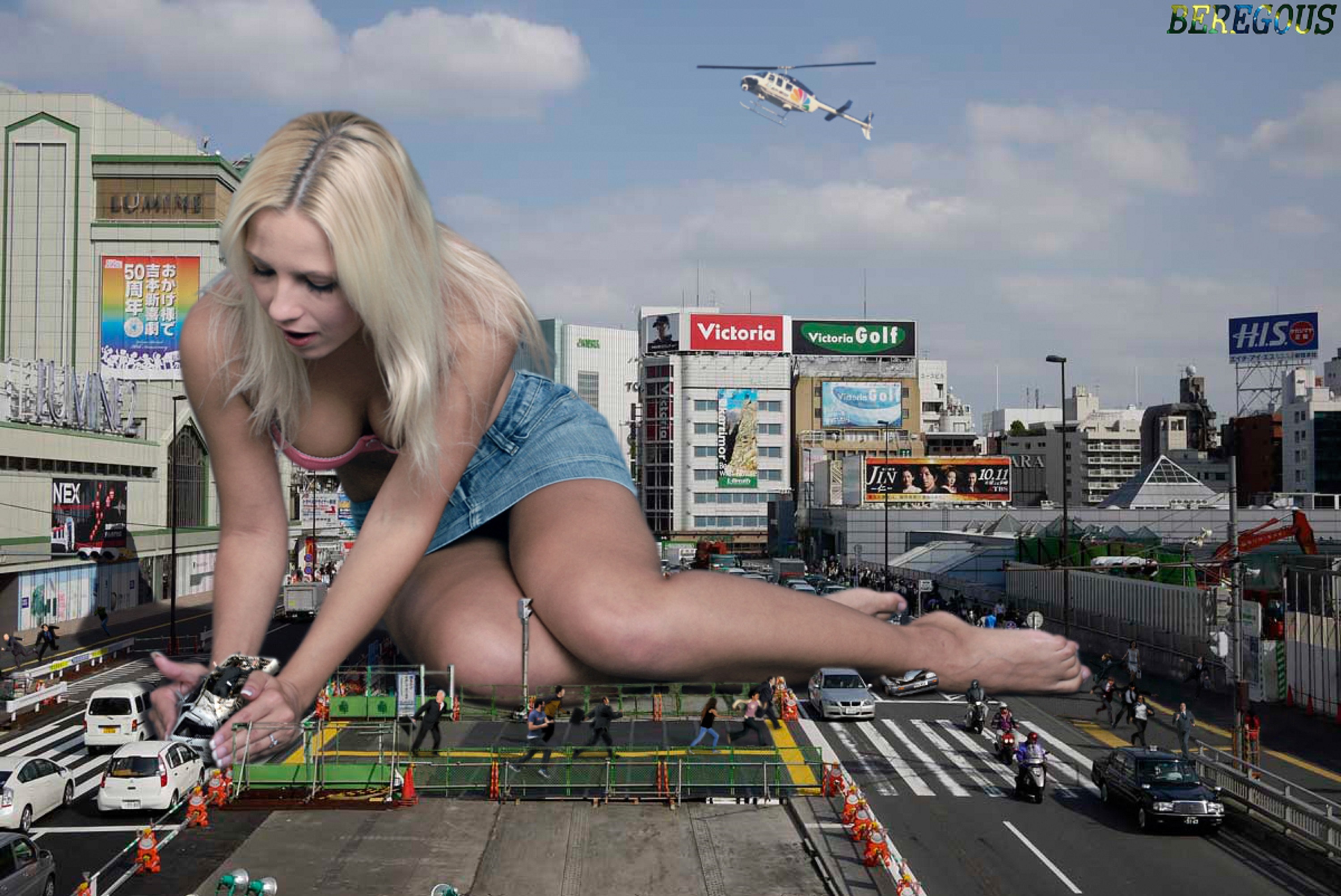 lol both of these teams are golfing in may

Why the hell not.

SCORACEK FROM THE IMPOSSIBLE ANGLE

Moose, why do you have to keep bringing up my High School girlfriends? had a nice day today: Hung out at home, finished my book, played a little video games, went to the basketball court and shot the basketball for an hour, took a nap.

last funny:
me every time I open a box of cheese nips: RELEASE THE CRACKERS

Back when the Flyers were rough and toothless: 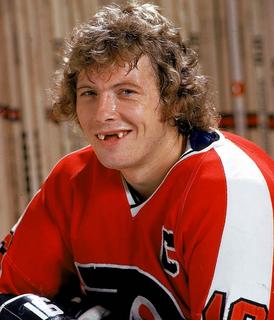 He’s probably still on Russian wanted posters in Siberia for what he did in 1972.

What the hell is “boca” other than a city in Florida?

I thought she said bofa and I was howling until I caught on and was annoyed.

I might be Beerguyrob, but I am really appreciating the simplicity of vodka & soda tonight.

So Flyers will re-tool over the Summer specifically to beat the Penguins, knock the penguins out of the playoffs for a year or two. Penguins will re-tool to beat the Flyers, and win multiple Stanley Cups, as is tradition.

Simmonds may get traded before the end of the period

I’m so “high” on illegal narcotics that I’m watching a hockey game.

Newscaster: “Our National Nightmare is over, Hackenberg is no longer a thing. We can all rest— (listens into earpiece) I’m sorry, we got Breaking News, Mettenburger is back. This is not a drill. All Tennessee Titans fans are advised to report to the nearest bar and drink heavily to drown the bad memories.”

Mascots are taking to twitter to legit complain that Gritty is the first mascot the NHL ever allowed near the rink during an outdoor game. I do not enjoy this world.

Is St. John’s going to blow a 20-point lead, at home, to Seton Hall, where both teams are bubble teams? Let’s find out! (It’s currently 6 with just over 2, Seton Hall ball).

Why the fuck am I still fighting with the artist formerly known as tWLS?

I mean seriously….it’s gotten ugly. And she won’t stop. And I sure as shit haven’t stopped either.

Why do people do this to one another?

Because there’s still emotions there people refuse to recognize. They won’t be happy until the other person is as miserable as them. That’s how deep it goes.

Or, “bitches be crazy”. I’m hardly an expert.

I sadly have experience with talking people out of bad relationships. I’m like a Exit Crisis Consultant.

Disclaimer: If you take my advise, and it backfires, its on you!

If its you:
1. Consider if breaking up is what you really want. If so, walk away. If not, you need to talk with her to see how they feel.
2. Stop. Just stop. A scab won’t heal if you keep picking at it.

If its her:
1. Balls in her court, but don’t respond to her negative comments. If she sends a positive overture, respond but be clear you’re not willing to restart up if she’s just toying with your emotions.
2. Don’t argue with trolls, it means they win. She’s only responding if she thinks you’re hurting too. If it gets too aggressive, get the courts involved for a Restraining Order.

What an asshole I am!!

This is amazingly good advice.

Bo knows where the doughnut shop is.

And he can probably put an arrow through one’s hole at 1000 yards.

Is the ether finally getting to me or did they change the camera angle of this game sometime this period?

Idiot on the field 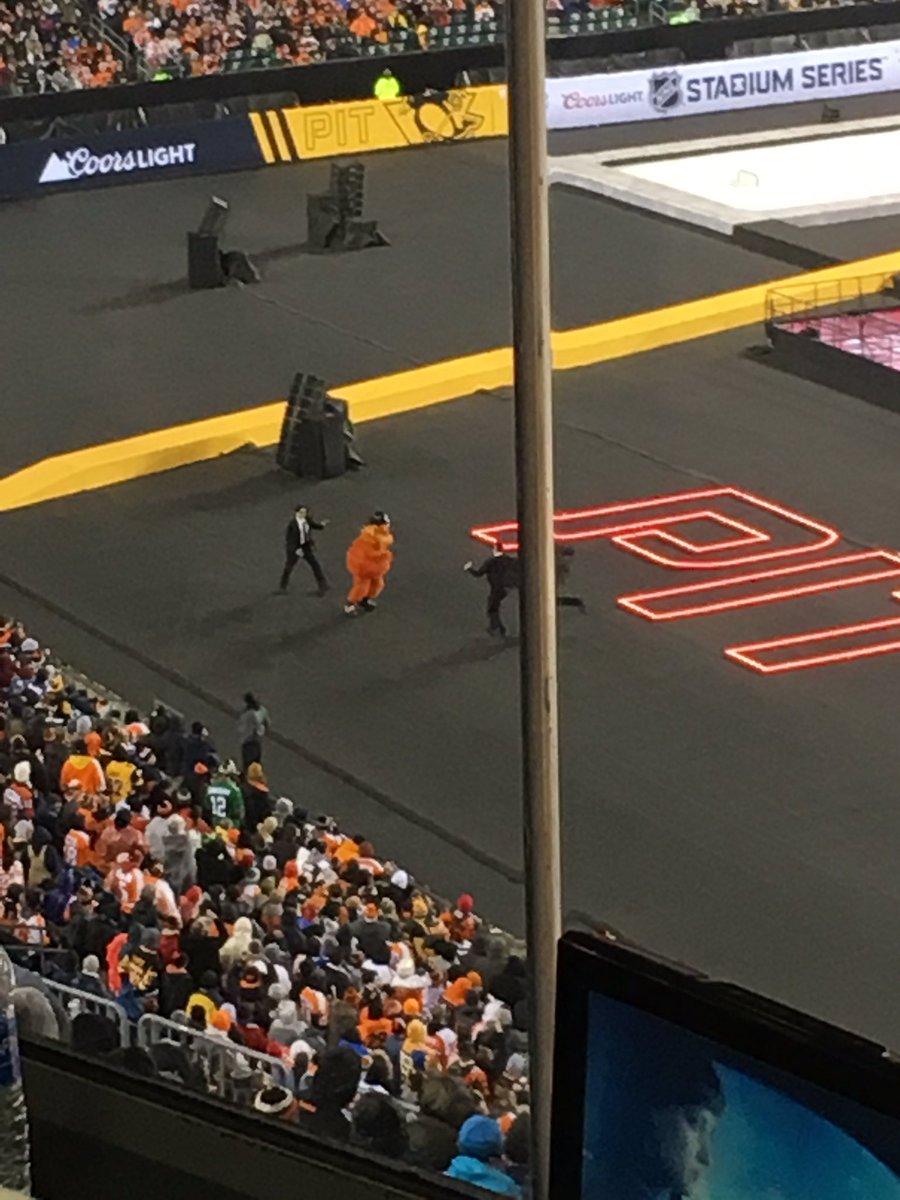 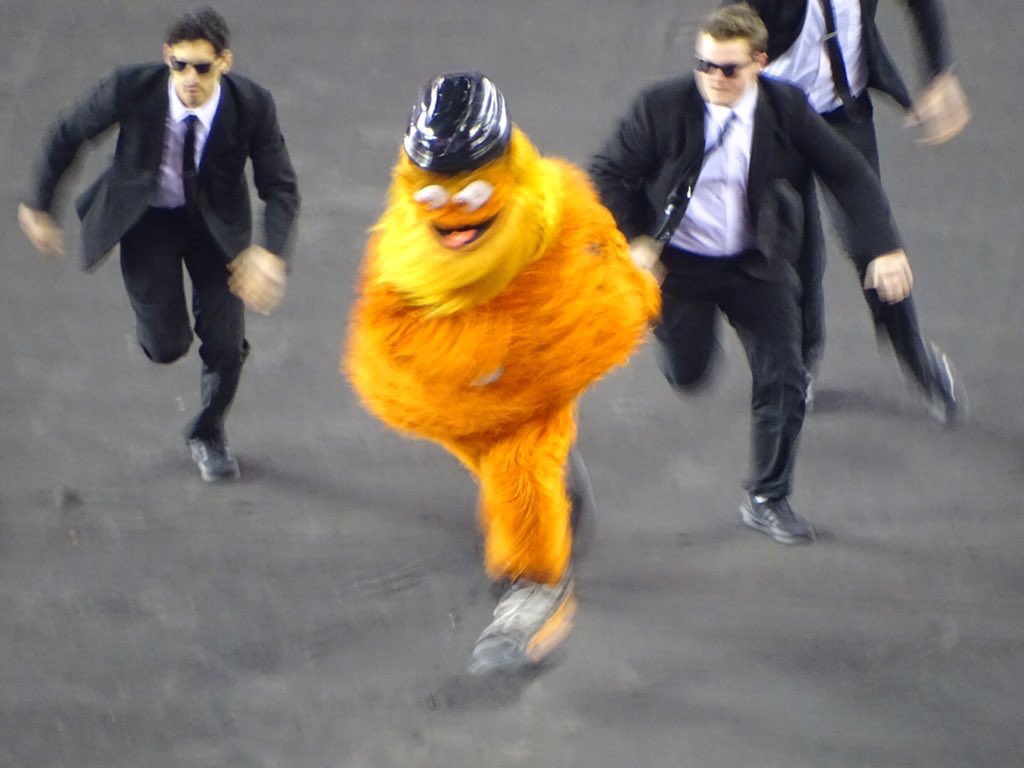 “Guentzel” sounds like some protrusion of fat that only Chris Christie and Bill Parcells have. 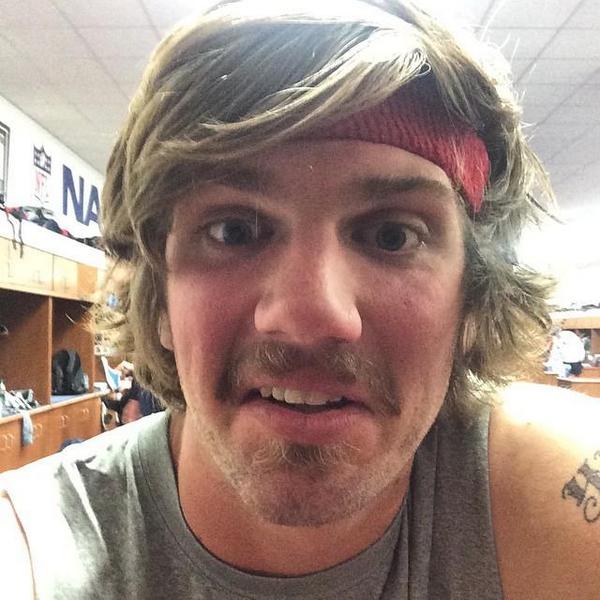 Goddammit he still has that hair

He doesn’t want to leave. He just got new carpeting in his apartment.

Pippa deserves only the finest in flooring 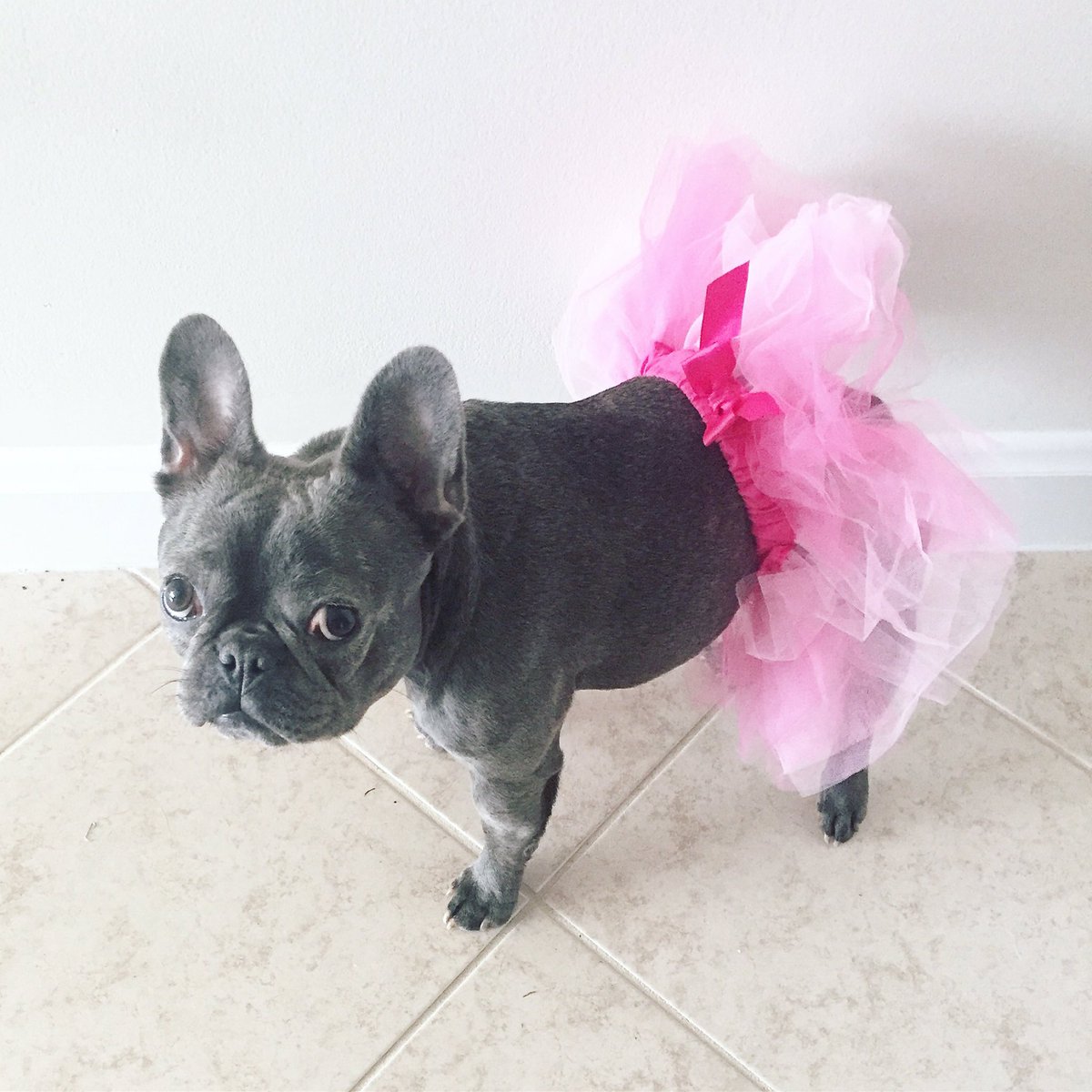 This is slowly turning into the iceball version of the Bodybag Game, and I’m liking it.