Welcome back to Temptation Island Talk!

Before I get into this week’s recap, I want to talk about the science of serialized TV shows. Have you ever noticed that sometimes there is one episode in which nothing much happens but it’s still vital because it sets up the action for a future episode?

That was this week’s episode of Temptation Island.

On the surface, there isn’t much to report, so this recap will be slightly shorter than usual. However, when you dig beneath the surface, you can kinda see where things are going and what’s being set up.

Let us refresh our memories as to what these idiot couples look like.

This episode is titled “Mixed Messages” and, really, the whole episode is centered on those 30 second messages that Mark L said the couples had the option to send to their significant (or not so significant in Evan’s case) others.

Who will send messages? Who won’t? What will they say? That’s what this episode is all about.

We start off, again, with the standard “Previously… on Temptation Island” and they show a bunch of clips from the last show.

The girls return from the bonfire and Kaci goes straight to her room and you know what? I’ve reached Shari status with Kaci. I’m all out of fucks to give.

The boys return to their villa and John complains about Kady being weak. Of course, Evan makes it about himself and asks if he’s weak. John says no, but Evan thinks he’s an asshole. Not John. Evan thinks Evan is an asshole. Just thought I’d make that clear.

Karl tries to make it better, but it doesn’t help.

One thing I’ve always found funny is when stupid people try to sound smart. Nicole does this speech about how she’s growing and really all she is doing is embarrassing her high school English teacher.

It is the next morning now and Karl and John are in the kitchen and still talking about the bonfire and geez guys, do I need to link to that Youtube video of that song from Frozen?

John breaks down and starts crying and Hannah offers a shoulder and gives him a pity hug. Trust me, I know a pity hug when I see one.

Now Karl is talking and Katheryn , for once, actually gives good advice in that she tells him to make sure Brittney doesn’t think he’s going to bang her out of spite. Not in those exact words, but remember that I can read between the lines.

So, apparently they’re going on dates?

Kady picks Johnnie (SHOCKER!) to go cliff-diving, snorkeling, and underwater fingerbanging. He gives her the “feels”. Pretty soon he’ll give her the “clap”.

Check that, he’s given her “the herpes” as he kisses her full in the mouth and I’m pretty sure that’s one couple officially down the drain.

Meanwhile, Javen picks Erica (that’s peanut butter boobs Erica) to go standup surfboard riding. Btw, if you haven’t tried this, don’t. It’s a stupid diversion. Get on your belly and pop up like a real surfer!

It seems to me that Javen is going into Shari mode as he doesn’t seem interested in anyone and is just going through the motions. That’s one couple staying together.

Also, Javen thinks a coconut is a pineapple.

Nicole and Tyler do a couples’ massage and I’m wondering if later that night Tyler will play Robert Kraft and Nicole will speak in a racist Asian accent. Hippo says the odds are 2 to 1. Put me down for $20.

Kaci picks Jon to go to Mick Fleetwood’s restaurant and I guess the residuals aren’t coming in like they used to.

You’re going to have that song stuck in your head the whole day. I’m not apologizing.

Of course, Evan is all lovey dovey with Morgan on a cliff and I guess he’s feeling better about his assholery. Assholiness? Yeah, that’s better.

Karl has taken Brittney for a sunset picnic and it’s turned into a moonlight picnic. Karl may be getting blue balls.

Did John not go on a date? I guess not. Too busy crying like a bitch in his room, I suppose.

Javen is apparently cute while sleeping.

Katheryn talks to Morgan and Evan about John when Evan slips up and mentions about the messages. He says that he didn’t send a message and that pisses Morgan off

To tell you the truth, I see both sides. If he sends a breakup message, that’s kinda fucked. If he doesn’t, it still sends a message. I think he did the right move, but I could see how Morgan would be upset.

What he should have done is explain that to Morgan right there and then. But he didn’t. Or at least they didn’t show it.

Now is as good a time as any to present the updated dating chart:

Karl and Brittney chill on the daybed. She’s afraid of getting her heart shredded because a previous guy chose another woman. Bad move? I dunno. Something about her says she’s a handful. And no, that’s not a boob joke.

John talks to Katheryn about Kady in the pool. He admits he’s attracted to her. The earth is round.

Wynn is acting like a punk bitch about Kady but she’s being a classic attention whore. Johnnie, of course, doesn’t give a shit. Wynn goes to her room and Johnnie’s there and AWKWARD!

The next morning, it’s time for messages!

Nicole receives a message from Karl where he says he loves her and misses her but is also disappointed at what he’s seen. Nice enough, but she takes it as “judging” and she’s just a moron.

Karl opens the wooden box and sees a message from Nicole where she mentions their relationship had been surface level. He thinks he should have told her that before.

Oh kids! The moment I’ve been waiting for! Kaci will see that she doesn’t have a video!

She’s banking on him seeing her message and getting guilted into staying with her. Sound strategy.

Evan sees her message and she calls him Babers and that is grounds for a breakup right there. He also sees her hurting and yup, he does feel guilty. I guess that shit works.

Evan wonders if he’s a scumbag and he will be if he ditches Morgan for Kaci.

I promise this to you, dear readers, if he pulls that shit, I’m driving to Agoura Hills personally to kick him in the nuts.

Shari gets a message from Javen that’s probably the best message out of all. She’s happy.

Shari sends him one in return and he’s happy with it. Those two are staying together. Bank on it.

Kady gets a teary message from John that makes her feel SUPER guilty. She’s confused and I’m sorry, sweetie, you DONE FUCKED UP.

John, meanwhile, opens up his box and gets NOTHING!

Evan knows what that means.

Javen thinks it’s bullshit and John questions whether she can fall in love in a week with a random dude and Evan is mighty uncomfortable over there in the corner!

And that about does her!

Here’s the way I see it after this episode:

As I mentioned last week, while I’ve been saying Javen and Shari shouldn’t be together, it looks like they’re setting things up so that they are the only couple to make it. I guess the best outcome would be if Shari starts treating Javen right.

Remember how I said that I was hoping that Evan and John would send breakup videos to their girlfriends? And I bet you that they wouldn’t? Buncha pussies proved me right!

Remember that I’ll be writing recaps of every episode and publishing on the Tuesday the next episode airs. This was episode 7 and we are almost at the end!

Temptation Island airs every Tuesday on USA Network at 10 PM Eastern, 9 PM Central. You can catch up on prior episodes (if you sign in with a cable or satellite account although it seems the first two episodes are available for free) and see behind the scene clips on the USA Network website: https://www.usanetwork.com/temptationisland

Also, thanks to all of you drinking that Maui vodka, TEMPTATION ISLAND HAS BEEN RENEWED FOR SEASON TWO!!

You need to be available from mid-June to mid-July. Now that’s what I call a bitchen summer!

Let me know what you think in the comments.

I don’t know where this Aguora Hills is, but let me know if you need a DD

“Could someone give Seamus a bit of help getting off me?”

Well that was kinda mean.

If you say so.
Some of us seem to have lost our sense of humour lately.
Just saying.

Would love to see another season of My Next Guest Needs No Introduction if only Letterman would drop his “Golly Gee-I Totally Lucked Into Multiple Decades of Success” routine.

Yeah, you didn’t have a single ambitious bone in your body. Fuck off

Hey any of your guys bet $$$ on the Real Madrid vs AJAX game?

ummmmm….. is this an upset?

Later on this afternoon my, uh, friend will be rolling his first joint in like 15 years. I hope it goes well, but I have a feeling it will end up more like… 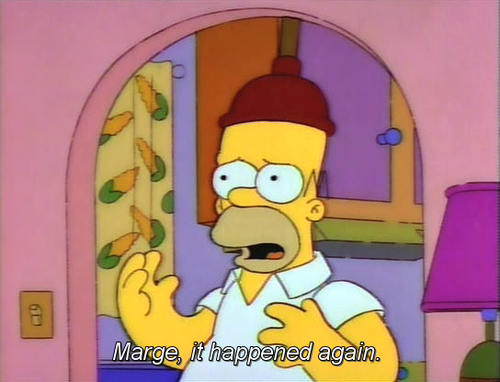 2-nil lead for Eye-Axe away to Real Madrid. This is beyond bananacakes, y’all.

Sorry, I still refuse to watch this.
It’s like soccer without the soccer ball.

Which is to say more pointless than pointless.

It’s hard enough to think of these contestants as actual human beings; having two of them with such similar names (Kaci/Kady) makes it harder to distinguish between them than, say, two random heads of lettuce in my garden.

At least the lettuce serves a purpose.

Ha ha yeah, like, who would wanna do that?

Been waiting a week for this recap, looking forward to tonight’s fun.

I’ve said this before, but Kaci’s a solid LA 3.5, and she didn’t realize it until now. She should move to Indiana or something.

That’s the hilarious part for me. She clearly has an overinflated opinion of herself.

i happened to see part of this episode. And I’m not sure how you continue to watch this show. About 6 seconds of watching these folks, i wanted to bash their heads in. So, kudo’s for being able to keep with it.
The other thing i though was strange was the box the video messages came it. It’s a POS. The lid is warped and not square. Not sure why this was my biggest take-away.

Trust me, i’m at that point with Shari and Kaci…

Evan also needs a punch or 60.

When you said “warped and not square” I thought you were talking about Javen’s sexual predelictions.

Can you image Mark’s drama boner if someone came out as part of the show?
/ don’t care about anyone’s preference

That would be pretty great. I should mention that I chose Javen at random with no implication intended.

“Nicole does this speech about how she’s growing and really all she is doing is embarrassing her high school English teacher.”

Get on your belly and pop up like a real surfer!

I may have asked this before but have you read ‘Barbarian Days’ by William Finnegan, (I think)? I don’t even surf and found it to be a great book. My brother apparently agreed, because he’s since stolen it.

No. I can’t actually think of any books I’ve read that involved surfing.

Just ordered it. It sounds awesome!