Oh, man’s best friend. It’s been tough waiting for the phone to ring some days… you never know when that next head coaching gig is going to come from. A positive attitude and tons of patience are two essential parts of the waiting process. You know who’s patient? Dogs. Gotta lot of respect for those little critters. Unlike your quarterback, a dog’s never gonna quit on you for always wanting to call safe plays. That’s why it’s pretty messed up when people hurt them. You wanna see weird, awful shit? Check out what the Soviets did back in the forties against the Nazis!

Purpose built: To find and remove enemy weaponry… through a variety of different means.

What is it? Beginning in the 1920s, the Red Army trained dogs for a variety of uses in warfare, including as matériel transport, search and rescue, first aid, communication, and tracking of mines and people. By 1935, the training program and development of dogs as anti-tank weapons was firmly in place, and by the time of the German campaign eastward into the USSR in 1941, the Soviet Union was training 40,000 dogs at their twelve regional dog-training schools. The Red Army trained a variety of breeds, but preferred the German Shepherd most of all due to the combination of physical ability and sense of smell.

In their plans to use dogs as mobile tank mines, scientists and trainers developed a vest fitted with explosives that were attached to the dog’s back. In initial designs the dog was simply supposed to deliver the explosive to a spot, pull on a self-releasing belt to remove the vest, and the explosives would be triggered by a remote detonator or a self-timer. However, this design was ultimately too complicated for the dog to successfully maneuver, and as such, the Soviets ended up needing to sacrifice the dog as part of later designs on the weapon. The later version of the dog-carried anti-tank weapon also had a vest filled with explosives, but instead of a remote detonator, a wooden lever was attached on the dog’s back.  The lever needed to be flipped backwards in order to engage the firing pins on the explosives. As part of the training regimen, the dogs were underfed, and handlers placed food underneath static tanks, getting the dogs to run underneath the tank to get the food, flipping the lever backwards, detonating the explosives, and blowing the German tank to smithereens. A good idea on the surface, if perhaps horribly unethical… however, considering the rapid advancement of the Wehrmacht on the Eastern Front, the Soviets were left with few other alternatives to counter the threat of hundreds of Panzers rumbling towards Moscow, Stalingrad, and other major Soviet centers.

Why didn’t it work? In the rush to try and get the dogs trained, the Soviet scientists and dog handlers neglected to consider a few important points of combat on the battlefield…

All this said, the Red Army claims it destroyed over 300 enemy tanks with the use of its anti-tank dogs, though that number is disputed as being much too high by many modern historians; by 1943, as technology finally managed to catch up, the use of suicide missions by dogs was gradually phased out by the Soviet Union.

DON’T USE DOGS. DON’T FUCKING DO IT. This is literally an irredeemable idea. I know people always say shit about football guys needing to be big and tough and willing to sacrifice anything and everything in order to win, but I’ll be damned if I ever coach anyone who disrespects dogs like this. The fact that this program even existed in the first place is enough to make me go back through Michael Vick’s family tree to investigate whether he had extended family members from the Soviet Union.

Also, the fact that Iraqi insurgents actually tried this against the USMC in as late as 2007 is also pretty fucked up. That said, I guess we did some fucked-up shit to them as well too. I dunno, really. War’s all so complicated. Football is way easier. That’s why I like calling runs up the middle.

The Maestro
The Maestro is a mystical Canadian internet user and New England Patriots fan; when the weather is cooperative and the TV signal at his igloo is strong enough, he enjoys watching the NFL, the Ottawa Senators & REDBLACKS, and yelling into the abyss on Twitter. He is somehow allowed to teach music to high school students when he isn't in a blind rage about sports, and is also a known connoisseur of cheap beers across the Great White North.
https://www.doorfliesopen.com/index.php/author/the-maestro/
Please Login to comment
14
28
0
12

Let’s not forget the experiment with exploding cats:

Enormous slabs of ice are sliding off the roof of this warehouse. Each time we hear a loud crash I look up and say, “the Gods-they are angry…”.

/my employees think I’m the funniest guy ever

The dogs were probably depressed already so a suicide mission wouldn’t be that bad a thing for them.

It was before Doganax was invented.

Also (way off subject)…Lori Loughlin’s daughter decided to rush home from Spring Break because of the USC admissions scandal. Where was she spending Spring Break? ON A YACHT OWNED BY “FAMILY FRIEND” WHO IS HEAD OF USC BOARD OF TRUSTEES. AND THEY STILL PAID $500k TO GET HER ACCEPTED.

Community service; they have to blow hobos in every metropolitan area TOO ORGASM.

and not their’s, the hobos.

These rich people will take advantage of ANYTHING.

Since I can’t comprehend this actually happening, let’s change the subject…

I’m offended by the dog getting head.

This sounds like poodles of trouble. Just pawsitively awful. You have to be pugly inside to think it’s worth killing dogs like this.

You need to try to live your dreams.

Holy shit, Dimmsdale is in Vermont?
/Yes I know Chompy wasn’t the mayor!

Is Bitey still the sheriff?

but preferred the German Shepherd most of all due to the combination of physical ability and sense of smell.

Of course they weren’t going to attack the Nazis. They were Germans you dumb cruel communist fucks.

My beloved late German Shepard liked BMWs but was allied with my Toyota.

Before I changed her diet she would crop dust you with devastating results, which if you would have been in a buttoned up tank you would’ve had to evacuate.

I haven’t seen a German release this much gas since …

Also, traffic. Logistics. Logic. Competence. Listening to his allies. The high ground … (The doughboys got owned harder than Anakin). Pershing was a shit officer who skated through on nepotism and ass-kissing. 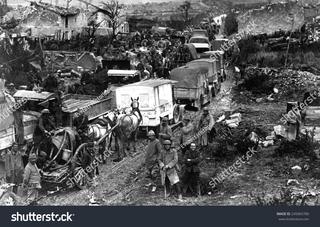 That is over-simplistic, as usual.

Also trained dogs are extremely valuable companions/ fighters for individual infantry units for a lot of tasks. Wasting them on this is pragmatically wrong. You can see how desperate the Soviets were, how much ground and people they were losing every minute.

Ugggghhhhh no no no, special place in hell. I would imagine the mental health of those dog handlers (the non-sociopaths, anyway) was quite poor later.

Apparently, cats in St. Petersburg are now treated with almost royal reverence, because they kept so many people from starving/eating their children during the blockade.

Them Soviets…have a right to complain.

In America cats eat you!

Some of the dogs were sleepy.

Can we train Floridians to wear jorts loaded with explosives and approach tanks they believe are filled with meth?

That would be much more effective mindless devotion. Dogs are a million times smarter than meth addicts. I may be biased because I have never met a meth addict dog.

damn it, now I want to see Mister Peanutbutter get on the smack next season of Bojack Horseman

I have yet to see one redeemable quality to being anywhere near eastern Europe between 1900 and oh, let’s say, 1991.

Romania had some good gymnasts.