Round 4 Recaps and Highlights

I’ve mentioned this before: For some reason, the Sydney Swans play better on the road than at home lately. I don’t know why. They just do.

I mentioned it again in my game previews last week as I predicted that the Demons would give the Swans an embarrasing loss.

Why didn’t I pick the Demons to beat the Swans in the Footy Tipping Contest?

The answer, as always, is that I’m an idiot. . Here are the highlights:

The following night, the Pies were looking to get their season going in the right direction against the Western Bulldogs. .

They started off well and built a lead in the first, but the game was always close. The Doggies made up the deficit and took the lead in the third, which set up a thrilling fourth quarter. The Pies scored four out of the last five goals to take the four points.

On proper Friday Night, I came home from work psyched to watch my and tWBS’ Cats take on BFC’s and LemonJello’s GWS Giants. It turned out to be one hell of a game.

The Cats started the game by dominating the first quarter, but , critically, did not punish the Giants on the scoreboard. Slowly, the Giants worked themselves back into the game until they were finally able to take the lead in the fourth. It came down to the last two minutes:

Later that night, the Essendon Bombers hosted the second-placed and unbeaten Brisbane Lions at the MCG.

This one wasn’t as close as the Geelong game as Essendon made sure there were no unbeaten teams in the competition. By going back to the style that worked so well for them last year, the Bombers easily disposed of the Lions.

The next game had the Port Adelaide Power hosting the injury-riddled Richmond Tigers. The Tigers made six changes to the team that lost last weekend in the hope that youth would instill some energy into the team.

The plan worked as the youngsters were able to keep up with the speedy Power midfield and effectively shut down their run-and-gun game.

It all came down to the final quarter in which the two teams traded the lead. The outcome wasn’t decided until the last two minutes:

Both clubs were looking bad as the game unfolded. The Roos were dominating possession and Inside 50s yet were trailing on the scoreboard to the more efficient Crows. Finally, Ben Brown took over in the third quarter and led a Roos surge which allowed them to take the lead for good.

The second game was the 49th edition of the Perth Derby with the Eagles having won the last 7 straight.

Make it 8 straight as the Eagles led throughout. Here are the full-game highlights:

North American Saturday night only brought two more games, but they more than made up for the lack of quantity with quality.

The first had the surprising Suns taking on the Carlton Blues in what I said in the beginning of the season would be a Battle for the Wooden Spoon.

You know what? Just watch the last two minutes:

So close yet so far. Here are the full-game highlights:

The last game of the Round had the St. Kilda Saints hosting the Hawthron Hawks at Marvel Stadium. It was a close back-and-forth game in the first half.

In the third quarter, the Hawks surged ahead only for the Saints to mount a comeback and take the lead in the fourth. One more time, the game wasn’t decided until the final two minutes:

This week, more than any other, showed how close the competition is. Several games came down to the wire and very little separated the winners from the losers.

Despite the loss, the Cats are still on top, which is good for me, but it’s still early and every other team is breathing down their neck. The top six teams are only separated by percentage and the 17th place team is only two losses back of #1. I don’t think the league has been this competitive in many years.

Here is where we are after Round Four:

How the mighty have fallen. Blax shot up to the #1 position last week, but an ofer weekend knocked him down to 7th. In the meantime, Litre_cola takes over the lead after sharing top score honours with Sharkbait.

The sad/ironic thing is that Joliet Jake Delhomme forgot to put the footy tips in and STILL outscored 3 tippers! Remember that, if you forget to put the tips in during the regular season, the program makes the road team your default pick.

We have more than 10 entries, so I WILL be offering a prize this year! If anyone wants to join in, click the link below and sign up!

It’s free to join and it’s the ESPN Australia website, so it’s secure. Join in the fun!

The Lions will be keen to get back to their winning ways but will find it tough against the Grand Finalists, who are back to playing the way they did last year.

The AFL has decided that it would be a good idea to do a double-header on Good Friday with the Eagles and Power having the spotlight to themselves at night.

The Giants lost their captain last week against the Cats and will need to, for the third consecutive season, fight through key injuries to salvage their season.

The Demons won, as I thought they would, last weekend in Sydney. St. Kilda must win this game to prove they are for real.

Both teams have have inconsistent starts to the year. The fact that Sydney is on the road makes this a tough game to call.

The Blues are the only winless team left. A win against the Doggies is not out of the realm of possibility.

The surprising Suns will face their toughest test yet with a trip to Adelaide to take on the Crows. Win this and the Wooden Spoon is Carlton’s. Lose this and the downward spiral may commence.

Apparently Easter Monday (the Monday after Easter Sunday) is a public holiday in Australia! The Cats and Hawks are the traditional rivals for the annual Easter Monday game.

That’s all for this week! Since we will have a North American Sunday Night game, the AFL Beat will be published next week on Tuesday.

There are no more unbeaten teams and only Carlton is winless. The competition is just getting started and is still super tight. Unlike your mom. See you next week!

Intercept marks have been major difference makers this season, e.g. GWS-Geelong and Melbourne-Sydney this week. 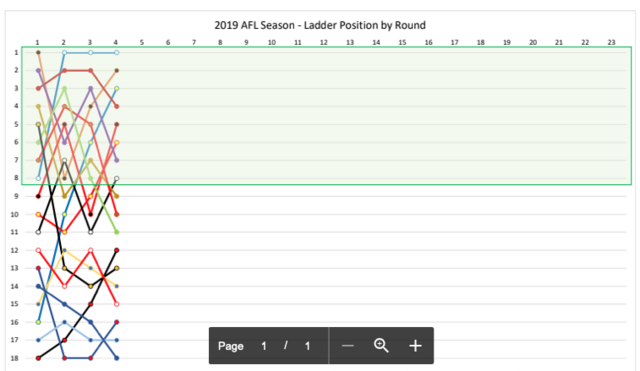 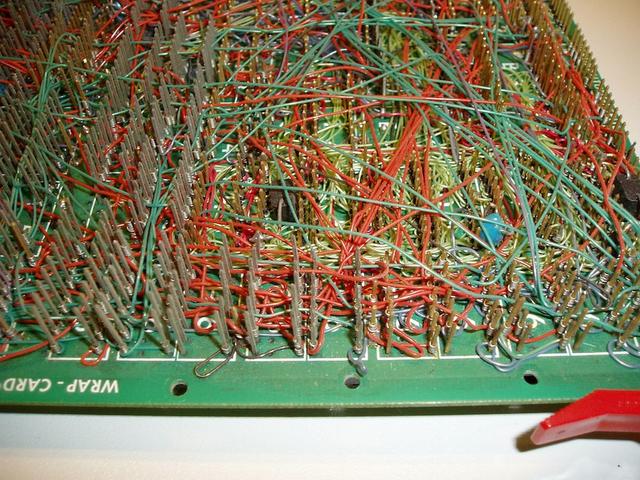 I am loving Essendon’s trajectory, but they’ve got nothing on the West Coast Eagles.

They don’t call me the Colin Kaepernick of AFL tips for nothing!

You take a knee while putting your tips in?

St Kilda wins again? What world is this??

Impressive that Blax got a goosegg while trying.

It really was. I wish I could give him a bonus point for that feat.

i assumed i was going to be worst of the week.

I don’t feel great about my positioning when I watch this game every week.