Because the end of one journey sees the beginning of another. And guess what.. it will be one hell of a journey. You will feel emotional and physical pain you never knew existed. You will fail over and over again. But don’t worry, all of it will be the reason why you succeed. pic.twitter.com/RBH3hy5dip

Finally, it appears Christian McCaffrey has spent the offseason under the tutelage of Laron Landry, based on his new, “swole” look:

2️⃣2️⃣ coming for it all ? pic.twitter.com/WQRIttO1qQ

The NBA has no games scheduled until the Western Conference opener on Tuesday, so in its stead I present to you some madman who synch’d up the audio from Tiger Woods’ Masters chip from 2005 to Kawhi Leonard’s game-ender from yesterday.

I put the video of Kawhi's shot to the audio of Vern calling Tiger's iconic chip in at the Masters in 2005 bc that's honestly the first thing I thought when I saw that shot drop pic.twitter.com/XU7y0mq0uI

That Verne Lundquist call is pretty great, but it’s no Jim Ross.

Beerguyrob
A Canadian man-child of indeterminate age, he stays young by selling alcohol at sporting events and yelling at the patrons he serves. Their rage nourishes his soul, and their tips pay for his numerous trips to various sporting events.
Please Login to comment
38
111
0
22 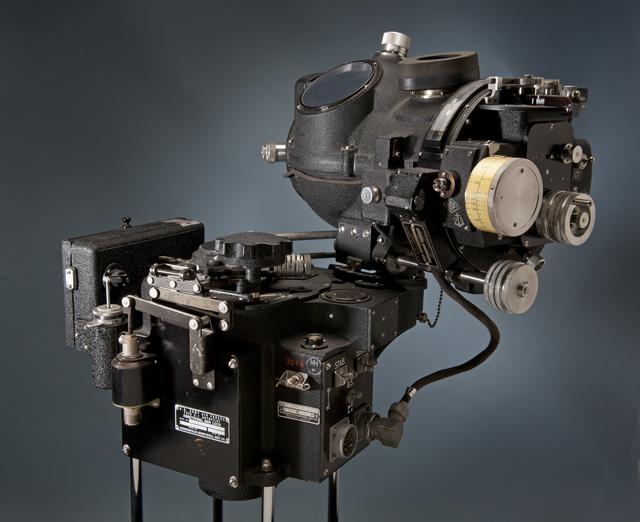 Imagine if it were real. That’s ahrnentjrbtbdvgxyvvysb

And the Kraft Singles

D’Oh! Of course. We can’t forget those. 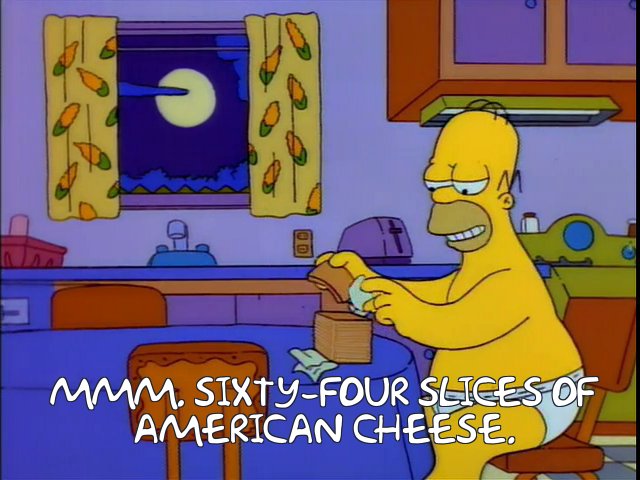 We could also send him a KD Shaker, in case one of the ladies wants to jerk something for him one last time.

I shouldn’t be shocked since I use shaker parmesan all the time, but the fact that it’s yellow is throwing me for a loop.

I’m watching Gladiator for the first time in a while. The first melee battle in the Coliseum owns so fucking hard. Ridley Scott is a Hell of an action director.

That was the first DVD I ever owned. We’d pause that scene where that dude got sliced in half over and over.

Get ready for work tomorrow.

Darell was always jealous of Darell’s above ground pool.

Oh God. I just realized one of the insane people people are dunking on on Twitter about GoT is a practicing lawyer in this city and I’m not and now I am depressed. I suck. Everything sucks.

Is it that woman from Portland? She smells of domestic terrorism

Yep. That reminds me of something I have to send into the bar by tomorrow afternoon.

OK; let’s get the alignment checked, then.

OK, this was fun tonight with you weirdos.
Now I gotta go have a conversation, which will likely devolve into an argument.

I wish I was gay.

Think that would only change the target of your argument. But good luck!

Go out there and make a difference today!

It’s never easy when you fall in love with a girl who is more less insane.

This is a PERFECT use of this image.

If she can’t handle that joke you two love birds will never make it anyway.

My BIL is gay. I assure you, gays have the same quarrels. The only benefit is that you and your partner can share the same clothes and it be deemed normal by society, as opposed to a man Wearing his wife’s clothes

There’s still time for some #MondayMotivation

Maybe we otter relax and have a swim.
(Yes I think I’m clever)

This is a genuinely good idea. I need to get myself a membership at the sports club everyone else in my building uses (we have a small gym I never use, but they have a pool and basketball and other fun stuff).

These new ads for Excedrin are quite effective.

They ARE playing On the Road Again …… what of it?

Repeat; still one of my favorites.

For a Monday, we’re in a weird mood tonight.

Everyone was edging yesterday in respect for moms.

At least he was wearing a helmet.
Safety first.

The car or the jack?

YES I AM….MY JACKS ARE GUARANTEED TO DELIVER.

Was that the karate movie?

Wang’s brother is driving that in a straight line…..

Remember back when Wang Computers’ advertising was….

My Wang Never Goes Down?

He likes that and his wife just thinks he’s a blue screen.

His name is Wang.

Of course. A good jack always keeps a Wang up.

I have to give them credit for persistence and creative problem solving.

I give that jack another 30 seconds before the wheel bearings disintegrate.

Their heirs can get the warrantee work done.

Well Brad, it sounds like Lara puts out. Give her a call, she’ll do the rest.

The Trundle exchange will never not be funny.

It’s so much funnier after seeing people say hat it was supposed to be spelled Chrundle, because at least trundle is a real word.

Let’s not get hasty. Let me talk her down.
So to speak. 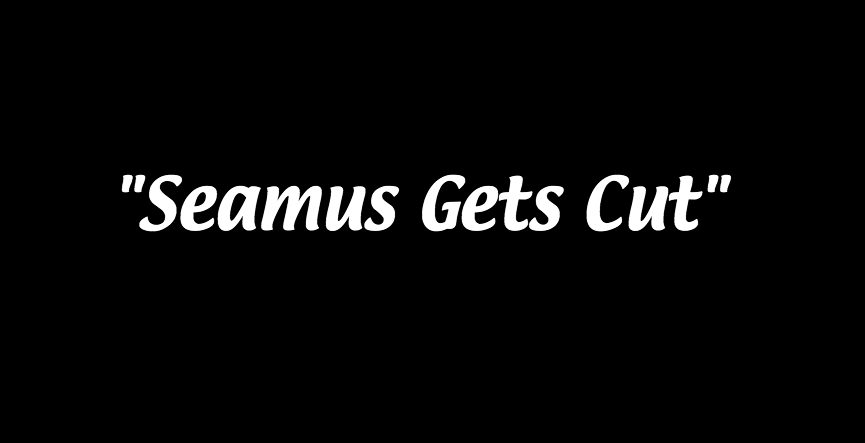 Sending Seamus to talk a woman down from cutting a bitch is like sending Michael J. Fox to disarm a nuclear bomb.

LMFAO. You are not totally wrong.

meh, screw it she needs to see my wee wee.

meh, screw it she needs to see my wee wee.

We should try to arrange this around the pub crawl.

I’ve got some sauce for her.

What does that mean? Is she going to take a horrible shit right there? 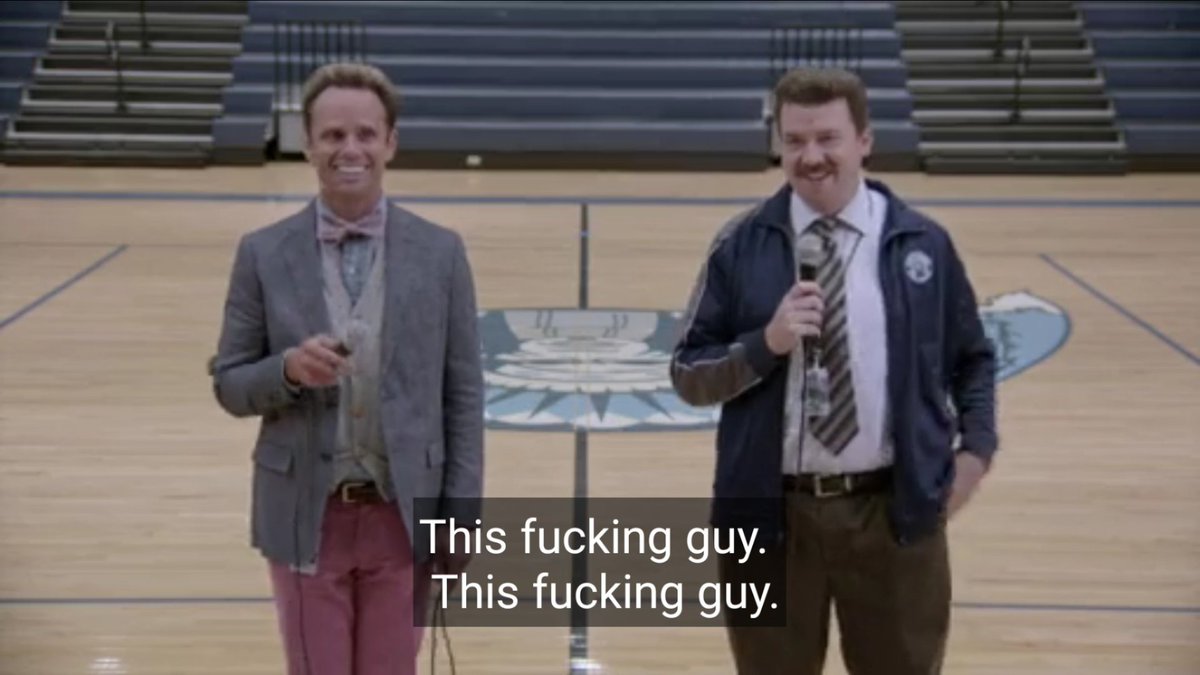 St. Louis did a good.

(what is the least likely sentence ever spoken, Alex?)

“And Cincinnati moves on to the next round.”

(bloody fingers appear at the top of a bottomless chasm; painstakingly force myself onto the surface)

“I only went to Youtube for one song. That was two and half hours ago! It was only supposed to be one song!” (breaks down crying)

Granted, I’m half asleep and not drunk enough to care, but I thought that hit the pipes and bounced out. 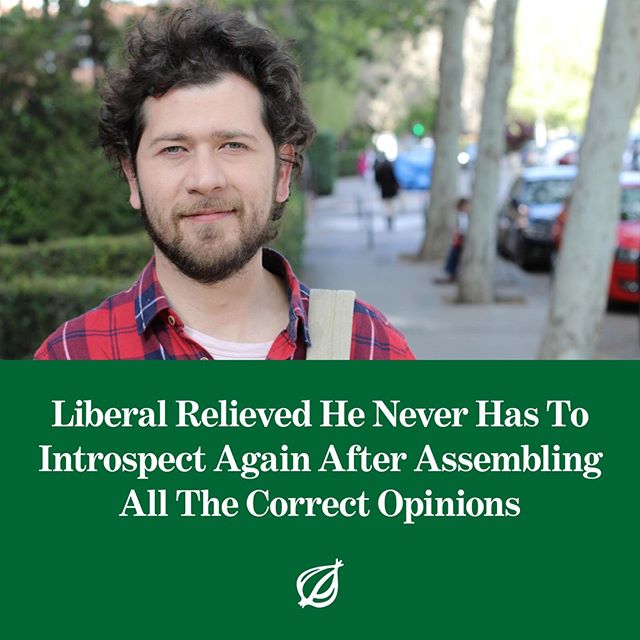 Liberals: “Trust yourselves. Do what feels right.”
Conservatives: “Trust us. Do what we tell you.”

What if feels right is way too young? Filthy liberal deviants.

Biden would be the safe choice. Warren or Sanders would be a bold choice.

Either way, they got to thin the herd and fast. If we learned anything from 2016, its the crap floats to the top.

Whoever they nominate will lose.

Is this a bit?

A bit? Me? No. If the dems want to win they need to realize that condemning 1/3 of the electorate as evil people because they don’t have a victim complex is not a winning strategy. Spend their time helping those in need rather than pandering and they’d be fine. Same could be said for the other side too.

I like Warren a lot. I mean, can you imagine having a smart person actually running….anything?

Street smart people are better because they just whack the book smart person with their book.

It’s funny because I was re-reading Mark Fisher’s essay, Exiting the Vampire Castle about the clusterfuck that is the American left and why liberals are the worst. It takes skill to have the name of your ideology be a pejorative term by people on the right and left of you.

FYI, this @haleyybaylee character with Paige Spiranac is a freckled cutie and a rookie in this year’s swimsuit issue.

To be honest, the most hurtful and least accurate part of this is calling us “Shitty Boston”.
https://www.doorfliesopen.com/2019/05/13/hahahahahaha/#comment-657880

[Aaron Rodgers] gets cooked when a dragon lays waste to the town.

Weird flex, but I gotta give him credit for commitment to avoiding his family at all costs.

The Rock And Roll Hall of Fame is a lot like Houston-at the very least, 500 performers will get in. Whether they deserve to is an entirely different question.

They will all get in, but fuck prog rock.
/King Crimson, ELP, Tull, Kansas, Supertramp, Dream Theater… all of them are not in. So the Hall can fuck right off.

All halls of fame are jokes. Your hall of fame is what matters. One day Taylor swift will be in the hall and what will that mean? That a tall piece of ass with well-paid songwriters (I assume) is worthy of some sort of bronze bust.

Well I for one am not going to stop making jokes about it until the day Kraft dies, and I have half a mind to send a beautiful set of orchids to his funeral when he finally does.

I second this motion. All in favor?

I don’t understand why people are upset about Game Of Thrones. I mean, Dany killing everyone is pretty badass. What’s the problem?

Because her motivation for doing so was not developed well.

From the recaps I’ve read, she mentioned she would do this exact thing several times. If no one took her seriously, doesn’t that make the act more shocking?

If the writers had her portrayed as a kind leader that every once in a while when she’s pissed off says these kinds of things, shouldn’t that have been a clue?

“[Rodgers] apparently had a cameo in last night’s episode, and gets cooked when a dragon lays waste to the town.”

“I am Aaron of The North, Lord of the Packers, the Golden Bears and the Manly Protector of the Realm. Head of Wiskonseen, Quarter of the Great Back, Baron of Receiving End, The Companion of Beards, Consumer of Chodebroth, Last of His Name, Scourge of Family.”

The Double Checker of Discounts…

The worst son in the world

Lord of the Packers

Star vs. the Forces of Evil:
Moon Butterfly: “Yes, Star. I’m the person who is trying to overthrow the kingdom. Sorry for the betrayal.”

As the years and the world change, Disney will still keep trying to give kids issues.

They actually showed Huey, Louie, and Dewey’s mom? Has that ever happened before? CAN THEY DO THAT?

They got Paget Brewster to voice her. I’m going to allow it.

found a funny:
“Drogon” is still a fucking stupid name for a dragon. you wouldn’t call your horse “Harse”. come on

My son is also named Bort.

Actually Drogon was a derivation of Khal Drogo. I, the person correcting you on this trivial point, am the monster.

If you named your cat “Katty” because your aunt’s name was “Kat” would that make it better? Monster.

In my opinion, McCaffrey had no choice but to inject himself with hyper-oxygenated kangaroo blood. Given his usage rate and his size, he’ll be lucky to be a relevant rb by the time he hits 27.

I don’t have very much invested in the Raptors but I’m happy they got over the hump. The Toronto sports media (spits on ground) they can drill down on this win all they want… as long as the next story isn’t about the Fucking Leafs.

1 A.M.: when Madrileños go out for the night, so it’s weird they’re doing it in London instead.