Round 8 Recaps and Highlights

This week, the first game had the struggling Sydney Swans facing the surging Essendon Bombers in Sydney, which is usually a problem.

It seems the Swans got a little bit of good old-fashioned home-cooking this week as a potential game-deciding penalty was not called at the end.

The controversy arose after the game as it was shown that one of the Swans players tried to climb the post to stop the shot. The referee, instead of giving a direct penalty, told him to get down, which he did. In my view, it’s probably ok to not call a penalty as he did not exactly “shake” the post, which is what the rule explicitly says. Here are the full game highlights:

The proper Friday Night game had the classic Carlton v Collingwood rivalry match. Even though Carlton is at the bottom of the ladder, after the expected loss to the Pies, they played hard for about three quarters. Almost there.

Later, the Western Bulldogs hosted the Brisbane Lions in a battle of teams trying to prove they are good.

For this week, the Doggies proved to be better than the Lions, although I’m not sure how much each side has for the rest of the competition.

Even later on Friday night, the Gold Coast Suns and Melbourne Demons met in an epic clash of mediocrity. Neither team is really that good, but that made for a good and close game.

The game went down to the final two minutes:

If the Gold Coast player marks that ball, the game is over. And they say the NFL is a game of inches… Here are the highlights:

The next game had the sinking St. Kilda Saints hosting the West Coast Eagles, which, if you’re going to play the Eagles, is probably the best place to play them.

Unfortunately, the Saints did not take advantage of the home field and have now sunk to their more familiar spot mid-table.

The last game of the night featured another edition of The Showdown, otherwise known as the Adelaide Derby.

The Power were the “host” team this time and it turned out to be a good game, as most Showdowns tend to be.

In the end, the Crows took this one and are now firmly in the top four after a rough start to the year.

The first game of North American Saturday night (Australian Mother’s Day) had the twin coaches (Chris Scott of the Geelong Cats and Brad Scott of the North Melbourne Kangaroos facing each other in the battle for Mom’s affection.

Chris now holds the edge in matchups after a tight contest in which the difference in the game was accuracy in front of goal. The Cats had it and the Roos didn’t.

The second of the Saturday night games had the Hawthorn Hawks hosting the GWS Giants and I’ll just let Giants fan BFC tell you how it went:

It was ugly. Here are the full-game highlights:

The last game of the Round had the Fremantle Dockers hosting the Richmond Tigers after last week’s embarrassing defeat for the Tigers.

Talk about a regroup! The Tigers went into Perth and kicked the Dockers’ collective ass.

The Cats are still a game on top of the competition, but the win against the Roos shows that anyone can beat anyone this year. There are still a lot of games left to play.

One thing is for sure: Carlton is bad.

Here is where we are after Round Eight:

It was a tough week for everyone, but specially me. BFC has now leapfrogged me into 4th place. Everyone else is pretty close, so one bad week for Litre and we’re all right back into this thing!

Litre remains our leader but Son Of Spam has taken over second place and is threatening to pull off the AFL Tipping Double! (He won the AFLW competition). Well done to everyone for putting in their tips!

It looks like the Eagles will get back on a winning streak. I don’t think the Demons win in Perth.

The Lions are still in good shape, but must win this game at home in order to get taken seriously.

The Cats need to show their class against the Jeckyl and Hyde Doggies. Which Western team will show up in Geelong?

This one shapes up as an intriguing matchup. Neither team has convinced me that they are any good.

The Roos played well against the Cats and always play well in Tasmania.

The Suns are continuing their downward slide after a hot start. Same as last year and the year before that and….

This time, the Hawks are the “visitors” at the MCG. The Tigers seem to be back, so this shapes up as the Match of The Round.

After a tough loss at the MCG, a game at home against the lowly Blues is just what the doctor ordered for the Giants.

That’s all for this week! Sorry about the late post. Hey, maybe I can be Canadian!

My Dockers are going to be exactly like my EPL team, Bournemouth. They start out the year on fire sitting up in 2nd, 3rd place and I start thinking they’ve figured it out. It’s going to be their year.
Four games later and they’ve lost to a bunch of teams they should be able to beat and at the end of the year they’re in 14th fucking place and wallowing in mediocrity.

As a Vikings fan I specialize in mediocrity.

Whoa there. I still plan for the Saints to finish tenth as then all would be right in the world.

Geelong is kicking ass so far, which makes me happy.
Ironically, Australia has begun systematically hunting and culling stray cats. Big problem down there.

Australia is really looking to slay that pussy. Up top Bruce-bro.

Also, their record is worse than the Vikings in championship games.

Geelong is most definitely kicking ass.

Yes, Great excuse for this.

I want to superimpose the Bombers’ graph line over the Murderhorn. 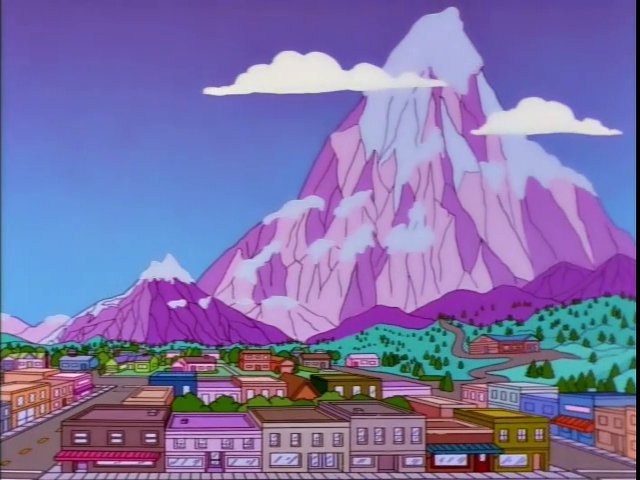 Any sort of research I do has obviously got me nowhere. Time to just pick at random. Except for Carlton.