I think the NFL might have broken me. There is absolutely nothing of interest to note. Why, one of the biggest headlines of the day is:

and that’s saying something, given that full camps open in a week.

So, given there is fuck-all to talk about NFL-wise today, I went to the English major well, and a combination of aggravation & self-interest pulled up “The Waste Land” by TS Eliot.

Screw April – right now is the cruelest month. My attention span must be sated every five minutes or blood will flow.

Nevertheless, I recall having used this clip before. And I do so hate to repeat myself. Luckily, next up in the queue came an equally bleak classic of English literature,

Ahh – so refreshing. SO LONG! It’s hard to believe Samuel Taylor Coleridge enjoyed opium, isn’t it? Oh man **puff** what this poem needs is another ten minutes! But it did give us the immortal saying about regret,

Ah! Well a-day! What evil looks
Had I from old and young!
Instead of the cross, the albatross
About my neck was hung.

And it inspired this sketch by an obscure group of Oxbridge comedians,

The poem did give us one of the most famously misquoted lines of all time:

The quatrain itself makes the correct reference – they are trapped in the middle of a calm ocean, unable to move & running short on fresh drinking water – that most people associate with the statement. Modern linguistics, and a later, subtle rewriting of the verse by Coleridge, have given us the “…but not a drop to drink” phrasing most people are accustomed to hearing.

Finally, one aspect of the poem that is also usually misinterpreted is the definition of “ancient”. The mariner himself is not old, as “ancient” might imply. In fact, the initial illustrations for the poem – done by David Scott, and in the National Gallery of Scotland (Edinburgh)

place emphasis on the physical age of the mariner, as if he is old at the time of the voyage. Coleridge hated this, as he saw his poem as a parable for doing great wrong and paying for it for a long time. In Coleridge’s mind, the mariner is old because his penance for killing the albatross is to travel the earth warning people to not do evil, and he is “ancient” because he has retold this tale to thousands of random people over the decades since, to help them right their paths.

Later illustrations by Gustave Dore are a better rendition of the point Coleridge was trying to get across,

There are many narrated versions of the poem online, if you choose to seek them out. There are versions also by Orson Welles, Richard Burton, as well as by many a twee high school & first-year university student hoping to win over that influential teacher they so want to impress. Fortunately, there’s a shorter, more potent version to go with.

Remember – “the moral of this story is this is ‘what not to do if a bird shit’s on you’.” Truer words.

Tonight’s sports: oh God, another wasteland. At least the CFL is on.

Before I leave you in Seamus’ capable hands for Friday, a belated thanks to all for the birthday wishes. I’ll see you this weekend.

Beerguyrob
A Canadian man-child of indeterminate age, he stays young by selling alcohol at sporting events and yelling at the patrons he serves. Their rage nourishes his soul, and their tips pay for his numerous trips to various sporting events.
Please Login to comment
26
60
3
25

Should I feel bad for sneaking AFL highlights in before Balls posts his weekly recap?

naw, i think he’d like that you are fan and want to see the results.

I appreciate that I get to be alive to see the end of the world. This rules.

About the “ancient” thing: a great moment in artists / copywriter spats.
Dynamite read.

That’s why I try to include links, whenever I borrow or emulate.

This CFL game is right up Andy Reid’s alley. Full of turnovers.

A friend of ours got married, for the 5th time, recently. When we saw the news my daughter said “One more and she’ll be Thanos.”

Insert Simpsons gif of Mr Burns yelling at Homer: “One is too many!”

The Top Gun trailer just made look up the guy who played the CAG and Principal Strickland in BTTF, James Tolkan. He’s 88 and still doing cons and shit. Damn.

This remains my favorite interaction in all of video games. I think about it a lot.

So today, I stayed an extra day in Maryland. Former tWLS asked me to stay another day so we could talk. OK, I can do that. No problemo.

So early in the day today I went over and….

Well more or less nothing. She was tired from her trip and lack of sleep, so I knew she needed to nap. So I went and ran some errands, got some food, etc.

When I got back, she had awoken. So, I decided to get the ball rolling. I poured my heart out to her about how much I care about her, and all the difficulties we’ve had, and still have due to circumstance. The last thing I said to her was “But I think you don’t feel the same way about me.”

Complete and utter silence. I would have accepted “Yes, I do”, “No, I don’t”….or even a fucking “I don’t know how I feel because of all of our complications”.

But I got nothing.

I gave her about a half hour to come up with something. Then she picked up her phone and started clicking it.

Fuck this shit, I’m outta here. And as I’m leaving, she tells me she wishes we could have talked more. Well you gotta put down your phone and open your fucking mouth in order to do that (no I did not actually say it but that’s what was in my head). But fortunately, I did get the information I needed.

Which obviously was nothing. Nothing there.

Coming up on next week’s episode: Will tWBS finally learn that brains are stored in the brain, and not the boobs? Tune in to find out!

I’m sorry man. There is nothing worse than not getting an answer or even a response. I still have no clue where I went off the rails with the former Duchess, and I probably never will because of one of the reasons I found her so attractive in the first place. Her free spirit and independence.

Thanks man.
I did get to play a new course in the area while I was here though.

That ain’t bad at all! I played in my first professional tournament in eight years last weekend and fired a smooth 82 in the first round. Bounced back well the second day, but only finished nineteen strokes out of the lead!

LOL. If I played more than one straight day I’d be about 40 off. My left arm just can’t do it anymore.

I could fly over with my trusty bat and get her talking. Would that help?

Negan, is that you again?

Stay tuned for tWBS’s newest single, “I Got 99 Problems and Bitches Are 96 of Them”

“No, see, it’s because he’s a veterinarian…”

Sorry to hear that.

But, that’s what you get for dating one of these gosh darned millennials with their googles and smarty phones. They don’t know how to ignore someone to their face like I used to do with each of my three wives. 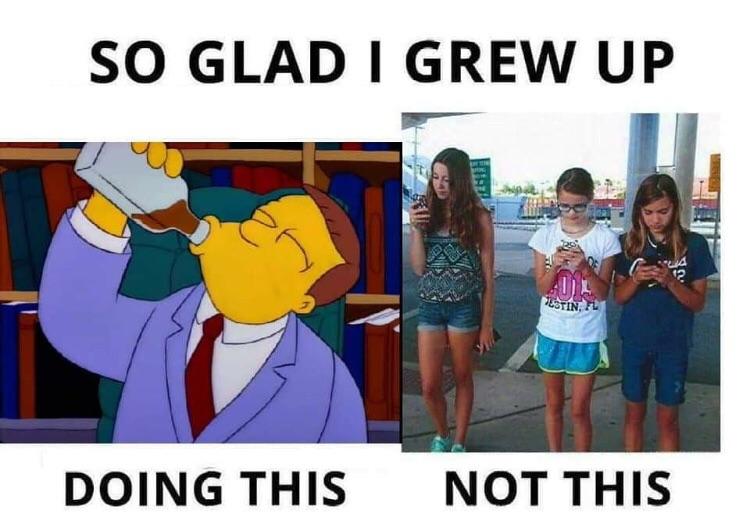 J. Jonah Jameson was right, that Spider-Man is a menace!

Made a list earlier about things from Wales…since I’m drinking a Dale’s Pale Ale, here’s a list of good things from Texas:\

Did I miss anything?

Plus either Billy Gibbons or Stevie Ray Vaughn, but not both.

He went to my high school in New Mexico because he also grew up there. So 1/2 point.

Shit, forgot all about Houston.

So……how is this all a Vikings preview again?

On my way home from a client event, my car say it were 104 degrees. Christ and Sonny Jeebus.

I had to take ONE English class to get mah degree (taking ENG 102 honours and getting a B or better placed you out of having to take ENG 101), and I did the universal NC State “Apocalypse Now v. Heart of Darkness” essay.

I had to read a shit-ton of poetry while getting my useless English degree. Dylan Thomas was far and away the best craftsman of the language and to me it’s not even close. Bonus Fact: apparently his last words were, “I’ve had 18 straight whiskeys-I think that’s the record.”

tbf they did bring us the west coast (no) offence.

He hates the English so much it crosses regional borders.

He was born and raised in Scotland, but he Welshed on that one bet.

I share a b-day with, Dylan Thomas, whoever he was. I used to celebrate it at the White Horse Tavern where he made that claim.

Also shout-out of course to Brett Gardner vs. the dugout roof

I love the roided up, disappointed Dad act.

My weather app told me that today was going to be 90 degrees, humidity of 100%, and mosquito level: extreme.

Thanks for the high culture – it’s enjoyable! (I mean, once in a great while.)

Speaking of high culture, I just saw the “2 Top 2 Gun” trailer, and goddammit, they got me. Looks cool.

I can’t wait for the ending where BOLTMAN attacks the airfield and then plays volleyball with Iceman’s decapitated head.

Is the volleyball game still gay? 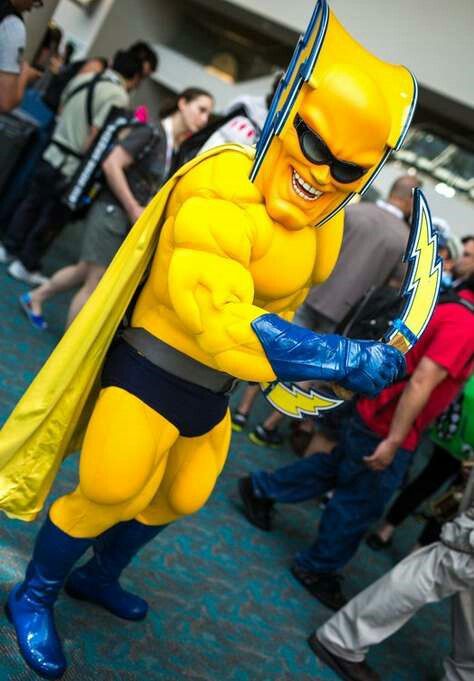 GAZE UPON BOLTMAN’S ROCKING BOD AND TELL HIM HOW YOU FEEL!

Iceman’s head is more the size of a beach ball now.