I tweeted earlier about Jerry Jones wishing he could skirt agents to get contracts like Ezekiel Elliott’s done. It’s something Jones and the #Cowboys have tried to do in the past. pic.twitter.com/xG50TT8iKi

Finally, the internet was dealt a blow today as the @CaptAndrewLuck Twitter account penned its final missive today.

A heartfelt thank you. And a fond farewell.

Long a site devoted to recording the trials & travails of Andrew Luck as a Civil War soldier writing home, for large portions of the Colts season it was the only viable thing to read.

Scotchy is away tomorrow night, on family business,

so I’ll be previewing the final night of preseason. Join us, to see who gets hurt before they get cut.

Beerguyrob
A Canadian man-child of indeterminate age, he stays young by selling alcohol at sporting events and yelling at the patrons he serves. Their rage nourishes his soul, and their tips pay for his numerous trips to various sporting events.
Subscribe
Please login to comment
88 Comments
Inline Feedbacks
View all comments

Watching Forged in Fire. “Okay, just because that guy’s a medical drop means nothing, if anyone met the parameters they would have immediately won. But you all fucked it up so now you have to continue the competition like normal.”

Watching a Carol Burnett rerun. She’s singing with Jack Klugman, and I don’t think she gets enough credit for dragging solid musical performances out of people who had no business trying that. It actually seems like ol’ Quincy can carry a tune.

Home from the park. The best part of the end of the season is people trying to convert their gift certificates into cash, and arguing at my commission. It’s either $5 every twenty dollars, or fuck off & eat them all. It turns a $100 night into a $200 night with very little effort.

Windows 10 allows a disturbing amount of vulnerabilities from 7 when you upgrade. 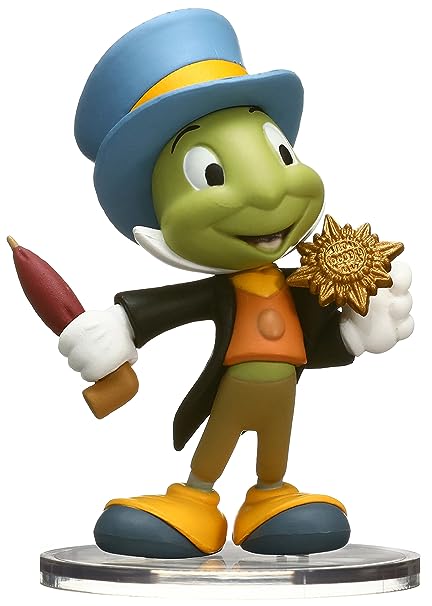 Anybody else more tired than drunk tonight?

Can it be both?

Here are the official portraits of the latest California governors in the State Capitol in Sacramento: 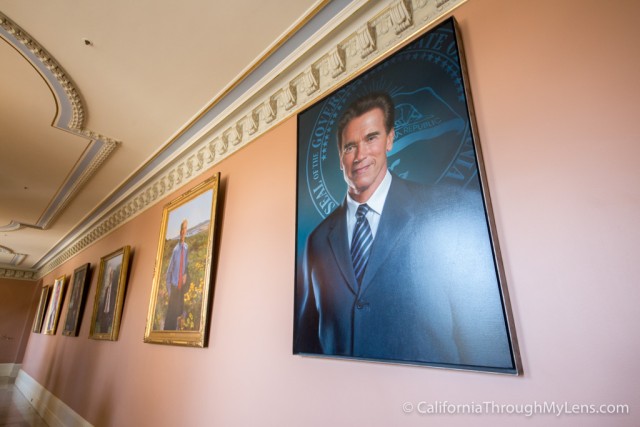 Here’s Jerry Brown’s official portrait, between Reagan and Deukmejian, for his first governorship 1975-83: 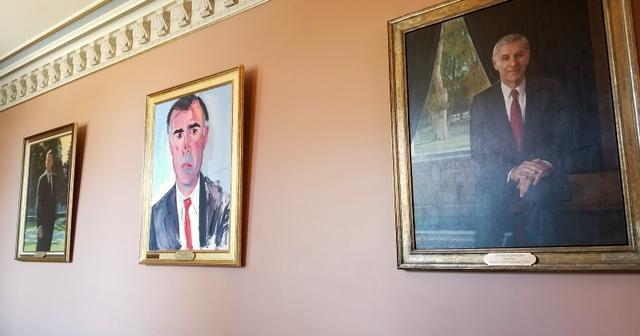 I am very full, which I remedied by getting very high, which now makes me want to eat, the thought of which makes me sick and then smoke more. Please send nothing.

Brick Meathook
Reply to  Low Commander of the Super Soldiers

Mr. Ayo
Reply to  Low Commander of the Super Soldiers

Have you tried bath salts? Those seem to work for some here.

Have you considered trying out autoerotic asphyxiation? You know, just to see how it feels? 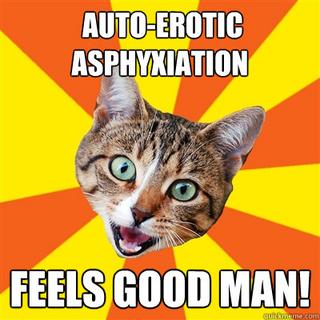 Did y’all know that you can get 60-to-1 on Duke beating Roll Damn Tide this weekend? Or if that’s too much of a pussy wager, 75-to-1 on Georgia Tech winning at Son de Clem.

You know how they say “it ain’t gonna suck itself?” But what if it COULD?

Well, until you get to the sex scene…

Yeah, but how many AVN awards did it garner? We have some standards here.

I trust the results of your colonoscopy were all positive.

Had to renew my driver’s license today.

Oh yeah? You never had to go to the DMV and see this dickhead’s portrait on the wall: 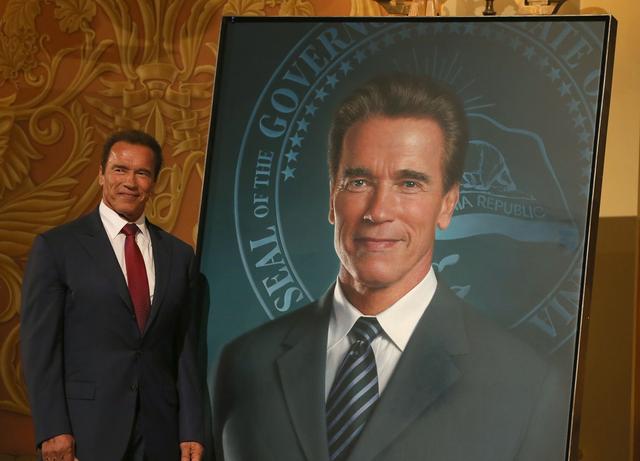 I’d take ten terms of The Governator over ten seconds of Tom Corbett. Look him up.

He’s the Paedo State-slurping piece of shit you had before you replaced him with a nice, sane Demmycrat (IIRC)

get to teh choppah!!

I renewed mine online in 10 minutes. I’m sorry for your loss.

Arnold was a few years back, but I renewed my California drivers license in April and I have the Super-Deluxe license that’s just a molecule short of a U.S. Passport. And there’s no on-line renewal for this one, no sir. You have to show up in person with a Social Security card, passport, bank records, and utility bills; and because I wanted “VETERAN” on my license so that everybody would kiss my ass I had to go to the VA office in the Bob Hope Patriotic Hall in downtown L.A. with all my discharge papers and get a special form from them to take to the DMV.

The bottom line is that I don’t remember who the current governor of California is.

I have a passport and have no plans to get a Real ID.

OREGON: The West Virginia of the West Coast

You can’t even pump your own gas in Oregon and it’s always some pathetic kid who has to pump it and I never know if I’m supposed to tip this wretch or not. So I usually start giving them phony Bible quotations and they scurry away.

In South Carolina all the pumps are self-serve but they take the latches of the nozzles that hold them open; you have to stand there and hold the nozzle open during the entire fill-up. Or you can wedge your gas cap in there and hold it open that way.

Jersey is the same way. Which only pays dividends when it’s raining or snowing.
Y’all sell pork roll?

They recently changed the law so you can pump your own gas. Hilarious results.

THE GOVERNMENT IS NOT MY SUPERVISOR!!

I want to photoshop David Koch into the back of the line.

Also, the expression of the guy at the front of the line absolutely kills me, every time.

Why does the DFO website constantly ask me if I approve of it using cookies? I have to reply to that fucking dialogue box three times a week. And why does it use cookies? To take a statistical sample of 25 users?

I’m in a salty mood tonight. Might be due to the bath salts I just smoked. Doesn’t matter, no one will read this.

Well you have to say yes. Then they won’t ask anymore.

You, ah, wouldn’t happen to have any now-adult daughters who you taught this principle too?

Do you have your browser set to private mode or somtehing like that? It would clear your settings, including your acceptance of cookies, so then the site keeps asking.

There are surely simple things that all of us could do to keep our computers secure and virus-free. But who the fuck cares.

BGR they are showing the Vancouver Canadians on Sportsnet. I hope you are in your traditional Hawaiian shirt. 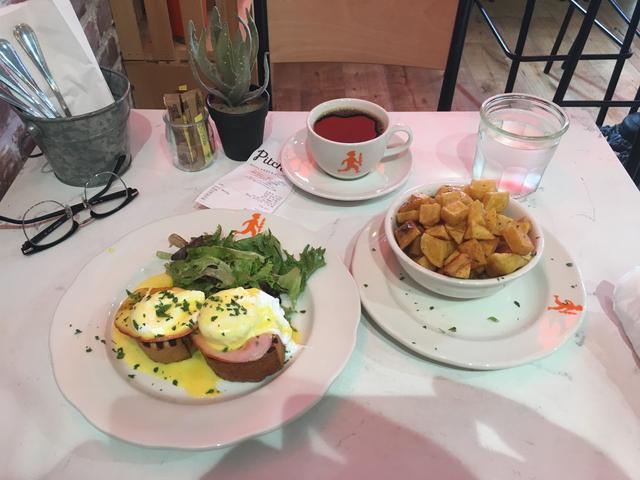 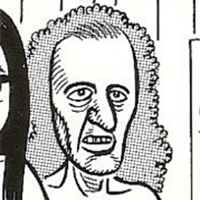 Well whaddya think the table’s for?

I once had a $25 plate of scrambled eggs with bacon at the Beverly Hills Peninsula. No, I wasn’t paying. 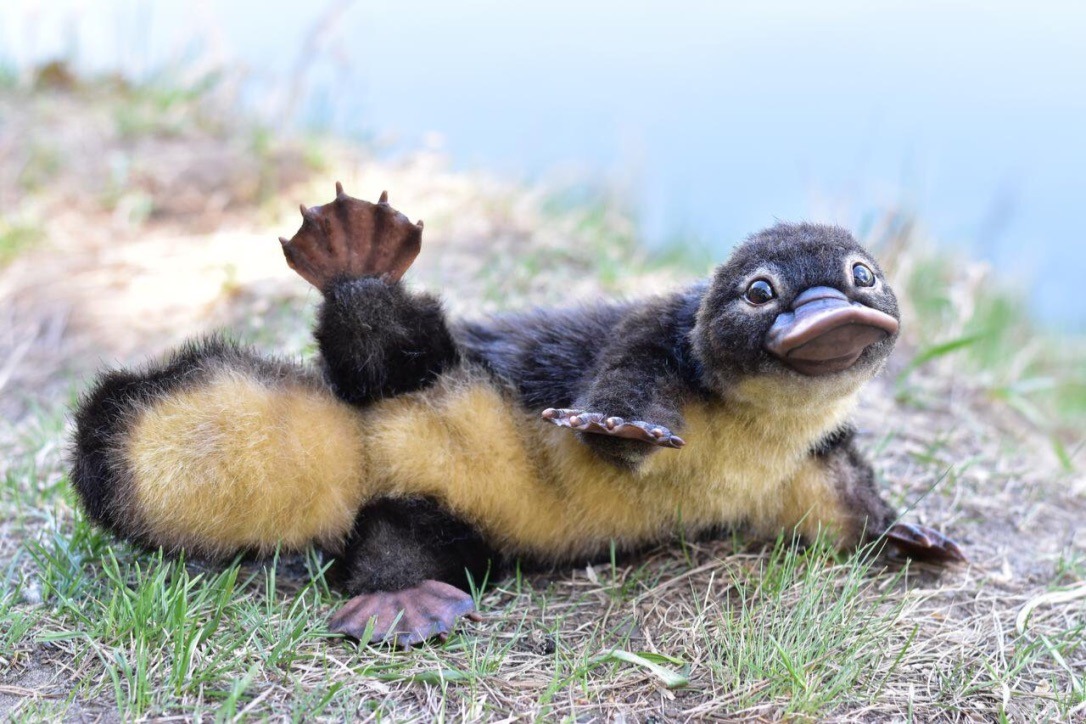 The John Wick movies really hold up for rewatches. I just tuned in a half hour ago mid-movie and I’m still watching it.

herodotus450
Reply to  Moose -The End Is Well Nigh

Of course there is one.
My fave name to this day is In Diana Jones and the Temple of Poon. 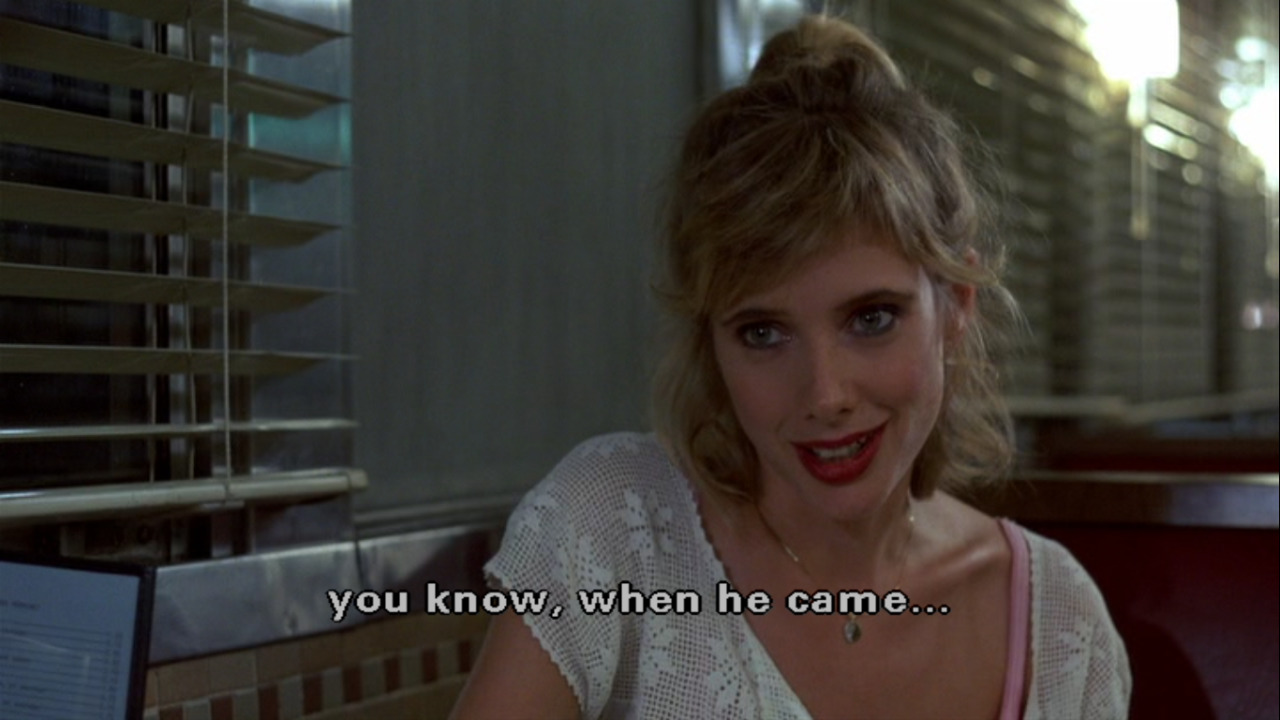 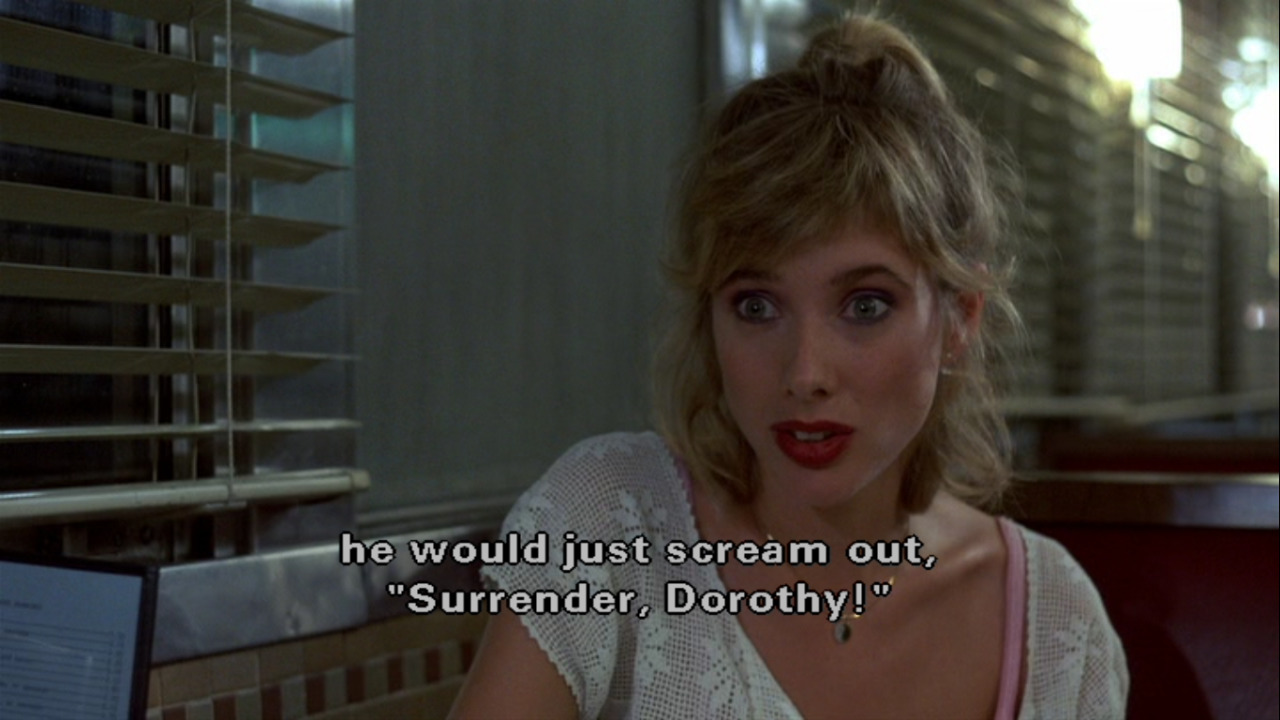 From that Garofalo article comes a great shot at Irsay…

“As we’ve said many times before, owners would love nothing more than to be able to negotiate directly with all players, because that would allow the owners to pay less money to each and every player.

For some teams, it would mean putting a competitive team together while still keeping plenty of cap space, which if unused becomes raw, unadulterated, rare-guitar-and-or-piano-buying profit. “ 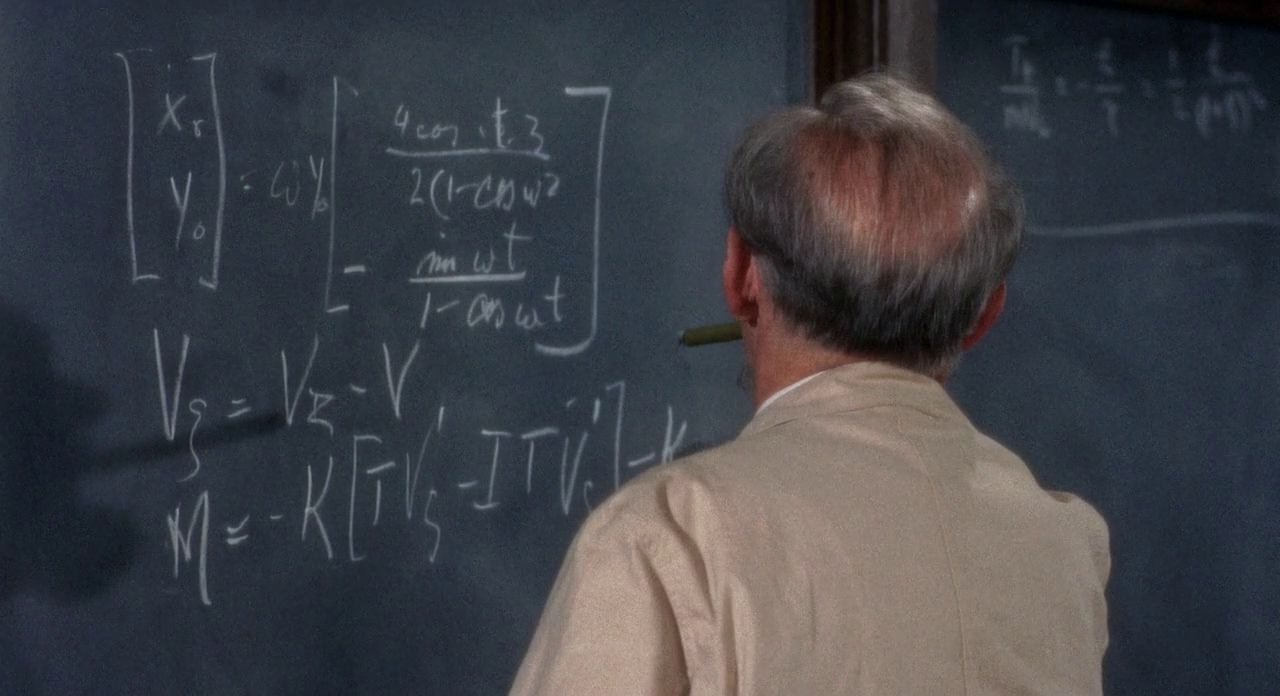 Also buried in the comments of that article is a sadly not shocking asston of antilabor sentiment. Good job, Republicans, you’ve fully convinced regular Joes that unions are the enemy while you keep fucking everyone over. 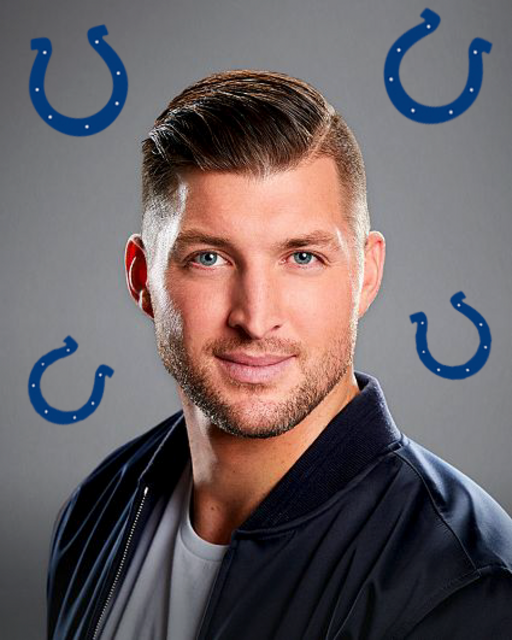 IN A WORLD OF ANIMAL NOISES

ONE OLD MAN KNEW THEM ALL

BUT BEFORE HE WAS A MAN

BEFORE HE HAD A FARM

That’s not what the internet has led me to believe.

Getting savaged by my liberal friends and upheld as hilarious by my apolitical friends, so it’s on my “to watch in flight” list.

Not gonna lie, I like Aledudesnob’s sense of humour.

Okay, now that Hurricane Dorian Gray has left Puerto Rico largely unsullied, I am going to revise my thoughts and prayers to ask that it hits Florida with the full force of a vengeful God and carries Grift-A-Lago off to the land of wind and ghosts.

That is disrespectful to orange! Can you see that I am serious?

take Florida, God, through your servant Dorian. Take it hard, take it long, take it deep.