So, that was a game last night, wasn’t it? Contrary to popular opinion, that was a real football game that counted in the standings and not just another pre-season game that season-ticket holders were forced to pay full price for.

For those of you that stayed up with us and participated in the first Live Blog of the year, you witnessed over 1090 comments and a new banner quote that perfectly encapsulates Green Bay’s 10-3 victory over the Chicago Bears.

Here are your highlights in case you missed the game:

Score: This search term was Top Notch! What about a Fresca?

Report: Somewhat predictably and pretty disturbingly, the bulk of the results involved ladies using the back end of a hair brush for something other than it’s normal intended use. To paraphrase Dave Attell, who knew you needed a hair brush in the bath? Alas, no dustpans were found in the first seven pages…

Score: The severe lack of dustpans renders this search term less effective: B-

Report: I was expecting to see a bunch of fat dudes. However, the first result was an old grandma smoking a cigarette. In fact, the bulk of the first page consisted of women in various states of undress smoking either a cigarette or a cigar. This is apparently a big fetish and I’m apparently a very innocent Mexican as I did not know this was a thing. ColoUr me surprised.

Score: Incomplete. I did not dare go past the first page of results. Some things you can’t unsee.

Report: This was the most popular search term yet, which tells us a lot about this world we live in. As you can probably guess, this search term produced videos which featured various holes which were opened wide or, as the kids call it nowadays, “gaped”. Thankfully, I did not see anything approaching Goatse level, but I’m sure there is probably a video like that somewhere on the 28th page of results. I did not dare go that far. Call me a traditionalist, but I like my anal sex tight, not wide open like any receiver facing the Bears secondary.

Score: I need a shower. Clink.

That’s been your Thursday Night Football Review! Make sure to write in the comments any search terms you want me to look up and report on next week. See you next Friday! 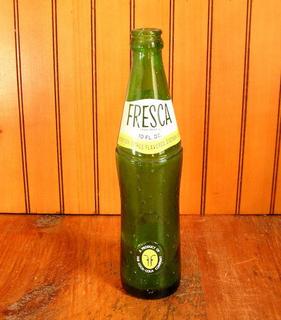 Okay. Someone joked about balls in a glass in the Cocktail thread and shout out to “CUTE STUDENT WITH GLASSES DECIDED TO CHECK HOW MUCH SPERM IN MY EGGS” by user Flamurr. She’s really cute and it’s a pretty good POV video.

There is a lot of criminal (including cyber!) that is not on TV.

“That is a LOT of vintage fetish drawings you have on file.”

I said this with no one else in the room.

How many punched toddlers and pregnant women does that include?

Well, at long last he can maybe afford to pay a fraction of his child support?

I don’t think that helps with visitation……

Also, all I know is there is never enough lesbian businesswoman content anywhere.

Isn’t that the MLS Cup?

Won a bet this am on Uzbeki-bekistan U23s, lost on Latvia U21s.

fuck you, YOU have a problem

I has no clue what MindGeek is. I might as well be 70, given my lack of cultural awareness

That’s because you have a job and a life and people around you.

No way in hell I’m looking that one up….

For those so inclined, skip the middleman and just search for HotKinkyJo. She puts the goatse dude to shame.

it should be like “what’s in my bag?” but it’s mystery item up the butt

In my mind 20K of the current 23K views are from people reading this column at work.

Those are rookie numbers. We have to get those numbers up! Hopefully it’ll get mehmet to post more videos of these girls (and, of course, for them to make more videos).

Speaking of which, my term for next week is “content mine”

I’m going with ‘vestibule management’ because that’s my thing.

The results put the emphasis on ‘management’ so it’s mostly workers doing their bosses.

So every once in a while I like to go behind the curtain and see what searches brought people to the site. Often times there’s some weird sexual shit, either because of our creativity in the Dick Joke division or because of *ahem* special interest posts like Sexy Friday and the AVN Awards breakdowns.

Oh this is going to be fantastic.

I haven’t really exercised like at all since moving here in July. But i just got an email that the adult soccer league here found a spot for me on an adult league team. First game is 4p on Sunday.

All I can say is, thank goodness it’s co-Ed.

i assume you play centre pylon

Never played soccer, but in mixed doubles volleyball and mountain biking the women have things to prove and the men usually try to show off; beware. In lesser rec leagues the above does not really apply as you get people of both sexes who are lumps.

centre back or DM is the best position for perving

This is great! Now I have something else to look forward to this season, because after last night, I am not so sure it will be the actual games.