A group of NFL personalities are seated around a conference table.  Another stands by a whiteboard in the front of the room, angrily poking at a series of items written in a list, using a marker to cross one of them off.

JOSH ROSEN: [raises hand] Um, I have a question.

JOSH ROSEN:  Why am I here?  Most of your have been involved with the NFL for ages.  I’ve barely even started my career.

BILL O’BRIEN:  G-g-g-goddamnit, Colin, did you really have to set up that st-st-stupid microphone rig in here?

COLIN COWHERD: [with simple honesty] I feel naked without it.

JOSH ROSEN: [to COWHERD] What do you mean, “obvious”?

COLIN COWHERD: We needed someone of your…pedigree.

JOSH ROSEN: Pedigree?  What the fuck is that supposed to mean?

COLIN COWHERD: You see, when I’m looking at putting together an investment club, I’m not looking for the DeMarcuses, the Antoines, the LeSeans.  Give me your Julian Edelmans, your Sage Rosenfelses, and yes, your Josh Rosens…

LAWRENCE TYNES: [coughs, wheezes, takes pull from asthma inhaler] Oh yeah? Then how come nobody is paying bribes or committing fraud to get admitted?

HUE JACKSON: So then why am I here?

BILL O’BRIEN: [stares at him] Are you fucking j-j-j-joking?

HUE JACKSON: [stares back at him]

BILL O’BRIEN: Hue, you are the worst c-c-c-coach in NFL History.  Other than the g-g-guy who coached a team that he owned himself, there is n-n-n-nobody who was as much of a loser as you.

HUE JACKSON: [smiles deviously] Someday I’m going to own a football team, Bill.  And then we’ll see who’s a loser.

BILL O’BRIEN: Sure you are, H-h-h-hue.  You k-k-keep on living that fantasy.  Now.  We need an investment idea.

KATIE NOLAN: I have an idea.

BILL O’BRIEN: [dismissively] Sure, Katie, whatever.

KATIE NOLAN: So Kroger Foods ($KR) is reporting their earnings next week.  Their stock is currently trading at around 25, up from a low of just under 21 a month and a half ago.  They just announced they’re releasing a product to compete with Beyond Meat, who is currently blowing the top off the market right now.  And they have a lot of momentum going into their earnings report.  You are never going to go broke selling food to Americans, it’s really quite simple.  It’s a good bet.  And it’s a safe one too, even if the economy falls off a cliff.  Nobody stops eating in a recession.

LAWRENCE TYNES: [opens up pill bottle, takes medication] Yeah, but they just announced that they’re discouraging people from openly carrying guns into their stores.  The cornpone crowd ain’t gonna like that.

KATIE NOLAN: I hear you loud and clear, and get this – I think that they feel confident enough to do that is a tell.  Earnings are going to be solid.  If we pick up now we can get in on the ground floor.  Well, not quite the ground floor; they’re already up five percent in the last week.  But I think they’ll keep rising until earnings come out.

BILL O’BRIEN: [rolls eyes] All right, Katie, you’ve said your piece.  Anyone else.

KATIE NOLAN: But I just…

BILL O’BRIEN: [interrupts her] You had your chance, Katie, now it’s Andy’s turn to pitch.  Josh, what do you think about Andy’s idea?

JOSH ROSEN: If Andy’s on board, it’s hard for me to say no.

COLIN COWHERD: Me too.

BILL O’BRIEN: All right, so it’s decided, we’ll pull the trigger on Kroger.

KATIE NOLAN: But I…

BILL O’BRIEN: Sorry, Katie, it’s six against one.  We’re moving forward with a buy on Kroger, with the intention of holding on for a week.

We’ll be following along with the Losers’ Investment Club’s picks down here as the season progresses.  This week’s investment is 400 shares of $KR at a strike price of $25.09.  Based on that, the club’s current assets stand at $10,036.00.  See you next week!

Alright, I missed this on friday–I’m in.

Did you pick Kroger to make the acronym?

The CGI in this new Addams Family reboot looks so lifelike it’s scary. 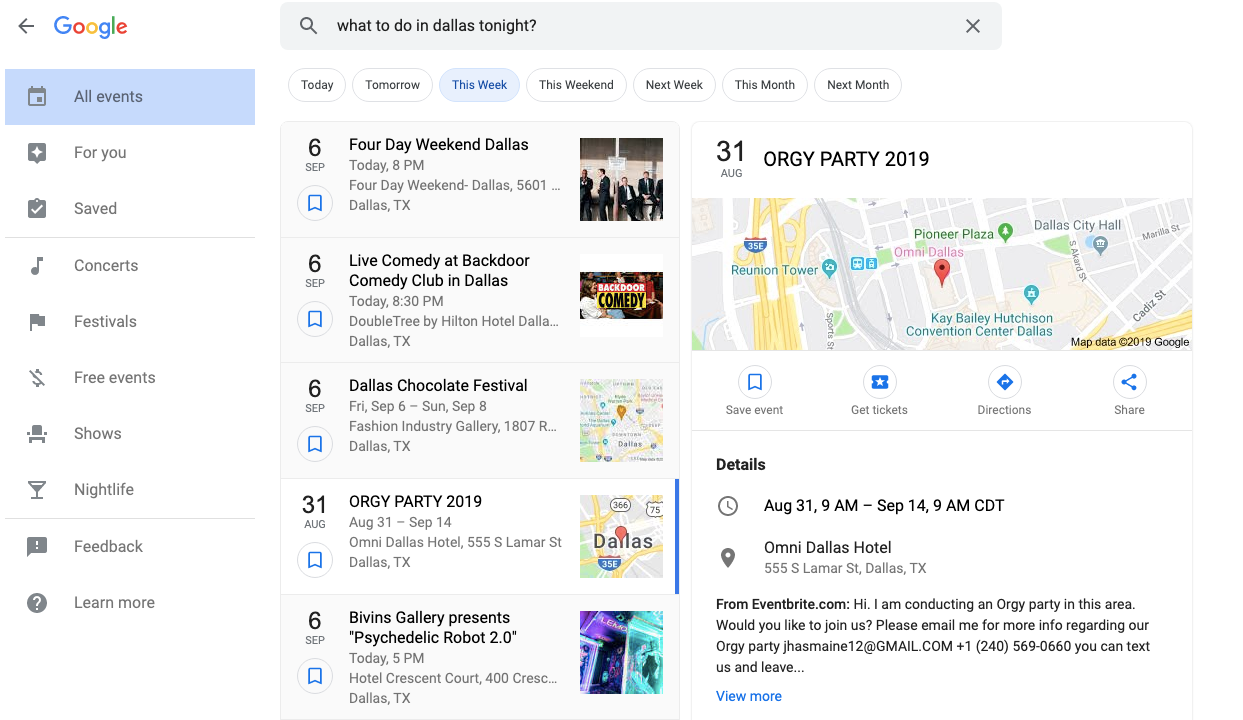 Duchess’ banner quote just made me laugh for the fifth time today.

I really don’t think they think that way.

I love this so much.

JOSH ROSEN: Well Gruden just kept asking me to run the XY Spider Banana play over and over until-

ANDY REID: [Abruptly stands, having misjudged how quickly he would eat all the food in the room]

I invested in Kroeger once, and all I got was a Nickelback.

This is either excellent or terrible and I’m all for it either way.

Soooo, Raiders caved in and are letting AB off the hook again… I suspect this is gonna be one LOOOOOOOOOOONG season for Oakland, but I do wonder on the over/under when someone Geno Smith’s him after his latest outburst

The little tiny soul inside of me is wondering if this isn’t the world’s most obvious cry for help where everyone is just laughing and calling AB an asshole diva. I feel what I believe may be genuine human concern for the guy and he’s just getting thrown to the wolves, er, Broncos by Gruden like he just needs to walk it off. Something feels off here.

I kinda get that feeling too. He seems unwell.

“The best way to deal with mental illness is to ignore it.”

Or make a career out of it.

Well, he did get PAAAAAAID, since he got off scott free for his shenanigans.

Funny, isn’t it, when a superb talent does it, it’s always “but it may be psychological/physical trauma”, but when it’s some meathead (*cough* Incognito *cough* ) it’s being a total asshole. Sorry, but I respectfully disagree about the trauma part (especially since the Raiders must’ve done a proper physical before throwing a shitload of cash at AB) and lean towards an asshole got progressively worse with every praise and every 0 tacked at the back of his paycheque…

Tremendous. Especially for a cracker.

(Does Andy Reid always have a bag o’ ribs on him?)

Probably, with a bucket of unused time outs from past seasons to use as napkins..

Lucky for him, challenge flags are already red.

Of course, for when he runs out of pocket ribs.

Of course. He also has a second bag. He calls them his spare ribs.

You forgot to include the Required Legal Disclaimer:

“All investing involves the risk of loss. Especially when Hue Jackson is involved. Potential investors should consult with their personal financial adviser before investing, unless that adviser is Bill O’Brien “

i think i’ve seen this movie, but it was orange juice futures and not Kroger.

I imagine Andy Reid is somewhat perplexed by Whole Foods not selling him whole livestock, ready to eat.

Don’t you EVER try to tell me that my posts don’t live up to their titles: 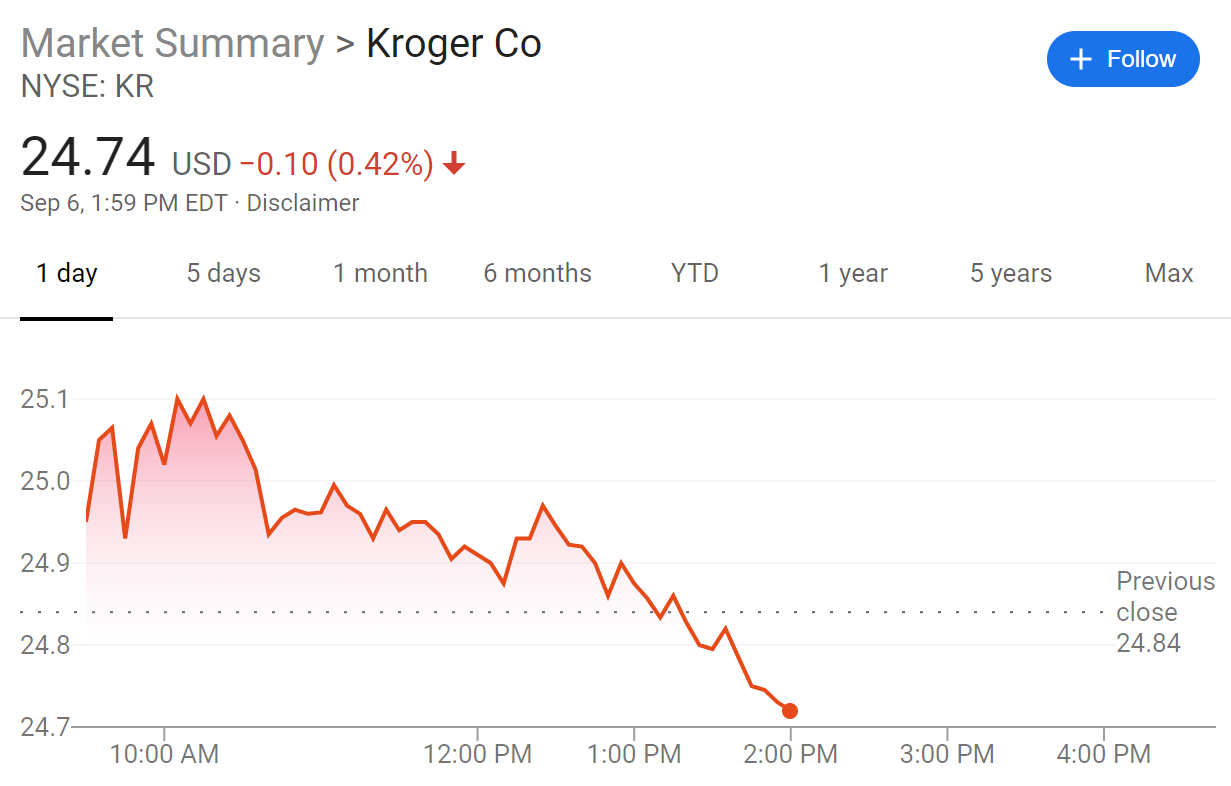