A group of NFL personalities are seated around a conference table.  The intraday chart for the $KR ticker symbol is displayed via a projector as the meeting participants cluster around a telephone conference station, except for ANDY REID, who has a laptop computer terminal in front of him.

KROGER CEO: [via conference all]…Welcome to the earnings report for the third quarter of 2019, everyone.  It’s been a successful quarter for the company…

KROGER CEO: [via conference call]…that we managed to beat our earnings forecast by almost eight percent…

The members of the group share a hearty series of high-fives as the Kroger CEO continues talking about some technical details of the earnings report.

ANDY REID: Wait for it…

ANDY REID: Wait for it…

KROGER CEO: [via conference call]…and now, moving onto our plans for the upcoming quarter…

LAWRENCE TYNES: [sniffles a few times, then blows his nose] Damnit, Andy, your trade is going to time out.

KATIE NOLAN hops out of her seat and moves behind ANDY REID to look over his shoulder.  Her eyes widen as she sees what’s on his screen.

KATIE NOLAN: Oh, for fuck’s sake. Andy that’s not even in this country.

KROGER CEO: [via conference call]…and so in addition to the “we’re taking your guns away, you stupid hicks” billboards we’ll be putting up on freeway exits and at the entrance of the store, we also plan to spit on customers as soon as they walk in…

KROGER CEO: [via conference call]…and we’ll be mixing rotten fruit in with the newer stock so that customers feel a sense of abundance, like there’s so much food available that they don’t even need to buy any of it right now…

The group packs up and leaves the room, save for ANDY REID, who remains with his finger hovering over the “enter” button.

ANDY REID, in the same clothing as the day before, remains with his finger perched above the “enter” key.  The remainder of the group sits in relatively relaxed poses around the table, save for COLIN COWHERD, who is tinkering with his microphone rig, and BILL O’BRIEN, who is poking around on his cellphone.

KATIE NOLAN: [does the math in her head] Minus the transaction fees…that’s a gain of about 2.6%.  Not bad.

COLIN COWHERD: I guess we can’t complain about that.  However, I do have something I would like to complain about:  Cam Newton’s performance last night. He’s looking completely uninspired out there, and I can’t help but wonder if Jerry Richardson’s absence from the franchise has something to do with it.  Now a lot of people have argued that Cam’s effort was limited to about 60% while Jerry was overseeing the franchise, but you have to wonder whether he actually misses having someone else manage the stress of providing things like food and shelter and so forth so Cam can live a nice, happy, simple life and focus on his job…

HUE JACKSON: So what’s our next play?

BILL O’BRIEN: I thought we might take a look at the healthcare sector…

EVERYONE turns to look at LAWRENCE TYNES, who is busy setting up an IV stand.

LAWRENCE TYNES: [looks up] What?

JOSH ROSEN: Who’s your biggest bill from this month, Lawrence?

LAWRENCE TYNES: Oh, probably Pharmatech, they’re not covered by my insurance so the intravenous port I had put in…

BILL O’BRIEN: [gets up from his seat and walks over to the door] Actually, I had a sp-sp-speaker lined up to t-t-talk to us.  [pulls it open]

KATIE NOLAN: [looks at BILL O’BRIEN] Are you fucking kidding me?

ELIZABETH HOLMES: Now, now, I can understand how you be nervous about making an investment with me after what happened with Theranos.  However…[she pulls out a stack of papers and hands each meeting participant a prospectus]…when you take a look at what I’ve got here you’ll understand that I’ve learned a great deal from my earlier mistakes – much like Steve Jobs did – and am ready to make all your dreams come true.

There is silence in the room for a minute or so while the members of the Losers’ Investment Club digest the contents of the prospectus.

ELIZABETH HOLMES: So…what do you think?

KATIE NOLAN: [still reading it over] Okay, I’ll admit this is less crazy than I’d have thought.

JOSH ROSEN: [hovers his finger over a bullet point in the prospectus, and reads aloud] “Many parents are extremely concerned that – as currently administered – vaccines are unsafe for their children.” So…you’re basically looking to sell vaccines to anti-vaxxers?

ELIZABETH HOLMES: I suppose, in some sense, yes.  But more of what we’ll be selling them is information.  Specifically, information that is going to give them peace of mind with regards to views that they already hold.

COLIN COWHERD: [thoughtfully] That’s a very shrewd plan.  A lot of times when listeners of mine hold questionable views, they find them to be just that – questionable.  They’re thrilled to have someone who is willing to reinforce those beliefs for them.

LAWRENCE TYNES: And your testing protocol is substantially different than what was used at Theranos?

ELIZABETH HOLMES: Yes, that’s laid out in the prospectus.

LAWRENCE TYNES: [still looking down] Yes…it seems like you’ll be collecting about twenty times as much blood with these tests.

KATIE NOLAN: Ms. Holmes, your nose…is there something on your nose…? [looks around the room] Is anyone else seeing this?

JOSH ROSEN: [on the second page of the prospectus] And so you’d be looking at an IPO in October of 2020…what kind of float would we be looking at in terms of shares.

ELIZABETH HOLMES: All of us.

JOSH ROSEN: [looks up] I beg your pardon?

The room is silent for a moment. ANDY REID glances up briefly from his computer.

BILL O’BRIEN: [nods] I’ve g-g-got to be honest with you Ms. Holmes, I’m n-n-not sure this is right for this investment g-g-group.

BILL O’BRIEN: [glances at LAWRENCE, who begins collecting the papers and hands them back to her] Thanks so much for your t-t-t-time, though…

KATIE NOLAN: Well, that’s a shame.  I think in six months we’ll be telling ourselves that we dodged a bullet with that one.

COLIN COWHERD: We still need an investment idea, though.  Andy, got anything?

JOSH ROSEN: Yes, he’s got something. A dialysis appointment.

The rest of the table breaks up in laughter.

ANDY REID: [frowns] That’s not for another two hours.

KATIE NOLAN: [suddenly looks thoughtful] Hang on a second here…who’s it with?

She speaks as naturally as the Trump family stands.

Speaking of people making money, of course Tim Tebow opposes college athletes making money off their own likeness. What a fucking piece of shit.

That first act was hilarious, but I have a bit of trouble here because I want to see these people fucked over. I mean, Katie’s cute and all but fuck ’em.

Also, I thought we were heading towards a blood libel joke with Theranos lady and Rosen.

…and it’s closing out the week below 10. That’s what happens when you try to catch a falling knife.

I should have followed suit from last week and waited to buy until after market close when you’d already lost a quarter of a point.

and scrappy. Gritty, even.

Upon further review, it was not a mistake.

I’m sorry, but I only got a “Buy Canadian Cheeseburger Futures” from this whole thing… Well, that and ask my old economics professor about rational markets again, because funny how THEY ARE NEVER RATIONAL…

Economics is based on more magical thinking than Harry Potter.

I know, lol, I KNOW… MA’s in Economics and Politics (Go UCD!) here and so far (10 years after graduation with 0 work in the field :D) there appears to be 0 correlation between the science and what actually happens. Basically it’s the Hue Jackson approach to coaching – you work dilligently in practice, grind the tape and … then reality ensues and you get repeatedly pantsed 😀

It’s already down since you bought, so fuck it, I’ll do a very small buy at a cheaper position.

I am going to be so upset if you put yourself in the poorhouse following my idiotic plays.

Well, he can always go the rational route and just bet on Tech and BigBomb, because people would keep on buying iShit and vote for people more probable than not open to bomb lil’ brown people with missiles a million a pop 😀
Unrelated: Me buying 25k in AMD stock in 2016 seems to’ve turned into a prudent investment, too fucking bad most aren’t nearly as good, lol 😀

Look at this weirdo, holding a stock longer than six days!

Lemme put it like this, I work in corporate IT for a Fortune 50 where I get to look at prerelease stuff quite often (in fact, I haz my very own NDA safe to go with the normal one XD) … and what I saw from AMD looked promising as fuck (couple that with Intel bouncing hard off Moore’s Law and it seemed prudent at the time) 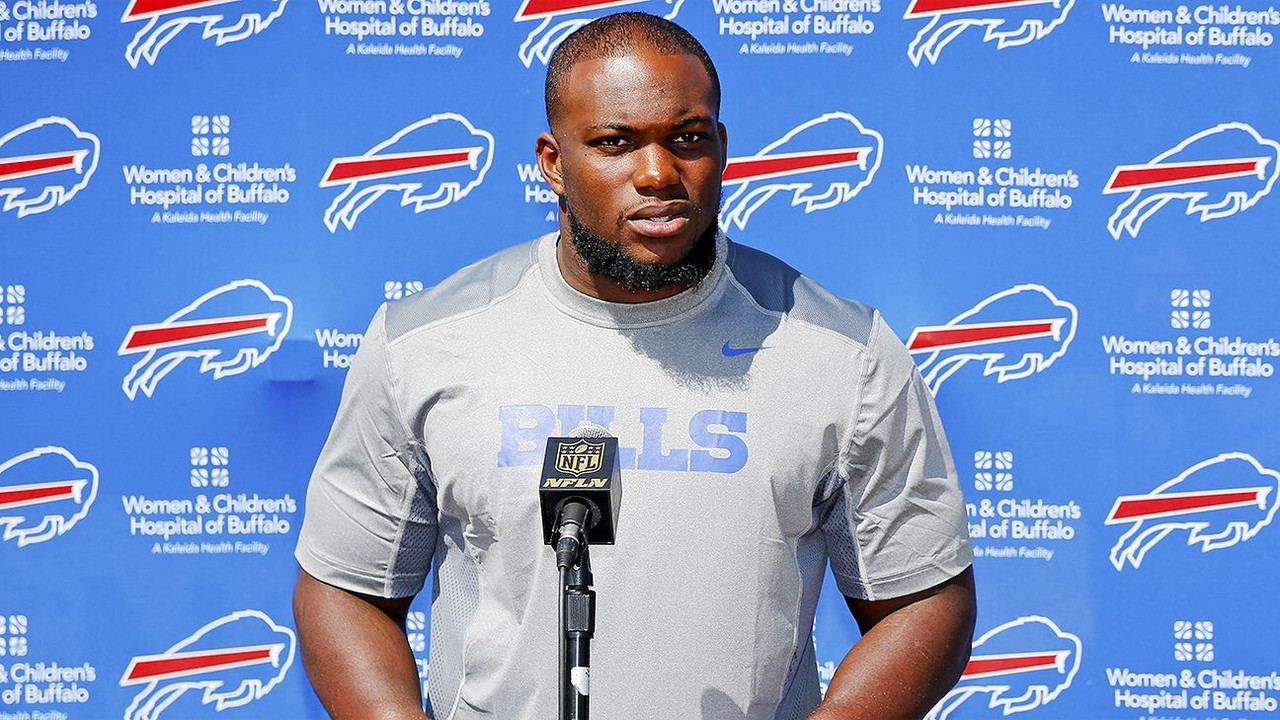 IK Enemkpali: Call me that again, and I’ll break your fucking jaw!

In keeping with tradition, $ARA is now trading at 10.17 as we speak…

Hate to be Mr. Accountant here, but are we not counting the cash we made off of Kroger?

I mean kind of? Their initial purchase of KR included a stake of 10k plus $40 that I had made earlier on CLDR, and I’ve put a little more of my own money in to this purchase to keep things even. All told they were up about $270, but things change fast!

GAAP allow you to keep all gains spent on booze and strippers off the books.