I could feel something constricting around my neck, tighter and tighter. I opened my eyes and less than a foot away from me was a haggard old soul, hair matted, his remaining teeth a sickly yellow color, his eyes as black as a starless night. I was on my back and this…thing was on top of me, leaning his weight in because he meant business. I was rattled, shocked really-I couldn’t even gasp and began to feel weak. As tends to happen here, I remembered my bowie knife attached at the waist. It slid noiselessly out of its sheath and right into his side, near to the kidneys. He opened his mouth to scream but nothing came out. I rolled him and finished him as easy as could be.

I woke up with a start, with a sharp intake of breath. The features of my bedroom slowly manifested themselves. “That dream again!”, I shook my head and fearful, looked down. The erection was there again as well. “GODDAMMIT!“

It was a cool fall night as I headed to the grocery store. I hadn’t hunted since the spring, I just felt that my luck was running thin. One too many close calls convinced me to back off for a bit. The supermarket I prefer is on a street with a pizza place, a weed store, a bank and a live music venue that features punk/speed metal acts. Needless to say, at any given time there are a number of strange characters wandering around. Tonight was no different-the guy that caught my eye was by himself, jumping, yelling, doing knee-bends, walking in circles. I’d no idea if he was high or having a psychotic episode but no one around cared.

I went about my business, ticking items off the list-there was a sale on Ataulfo mangoes! I made my way back towards my apartment at least 45 minutes later when I heard those familiar shouts again. Yeah, he was still at it. Then my body became warm at the same time that goosebumps covered my forearms. I did the math-this poor fella had been expending quite a bit of energy for almost an hour. I rushed home, tossed the groceries on the table, threw on some sweat pants, a hoodie and-after a brief debate-grabbed a boning knife. I rushed back to the small empty parking lot where he was but nothing. Damn, damn, damn. Maybe I just missed him… I knew there was a park about 5-7 minutes away where the unfortunates tended to gather.

I hustled down one street, up another, ran up the two flights of stairs to the bridge, across the “Bus-Only” lanes and back down again to the edge of the park. I had to stop myself from running some more to catch up. Stopping to survey in the half-light, I could barely make out the forms of an obviously homeless pair on a bench across the square. I was lucky to be obscured from their vision by the water fountain that separated us. I expelled a short huffy breath and thought. And then it came to me. There was a row of small bushes to my right that ran alongside the base of bridge but about 4 or 5 feet parallel to it. I noticed quite some time ago that guys and gals could sleep, drink or fuck there quietly out of view of the public.

“Gold!” He was there, alone, fitfully trying to get to sleep! Luck was back on my side. I crept to the edge of the bushes and waited-for him to settle and to see if anyone were to happen by. It wasn’t more than ten minutes later I gave myself the all clear and crawled towards him. His mouth was moving but words were only coming out intermittently. I peered above the bushes one last time and then pounced.

I crashed into his prone figure knees-first onto his shoulder blades, jamming the long knife into the nape of his neck. There was almost no response. I was right! He was physically spent. I grabbed a handful of his oily hair and lifted his head up and ripped the blade across his throat. It was over so fast. He barely quivered.

Moving to the edge of the bushes, I put my knife away and rubbed the blood that was on my fingers back and forth. It felt good, real good. Smelled the same after all this time. I smiled. And then it disappeared quickly from my face. I looked down at my track pants. A fucking erection. Goddamnit!

I want a shootout because O.J. Howard and McCaffrey sucked balls this week. What say you?

Would they? These psychopaths seem incapable of admitting anything negative. 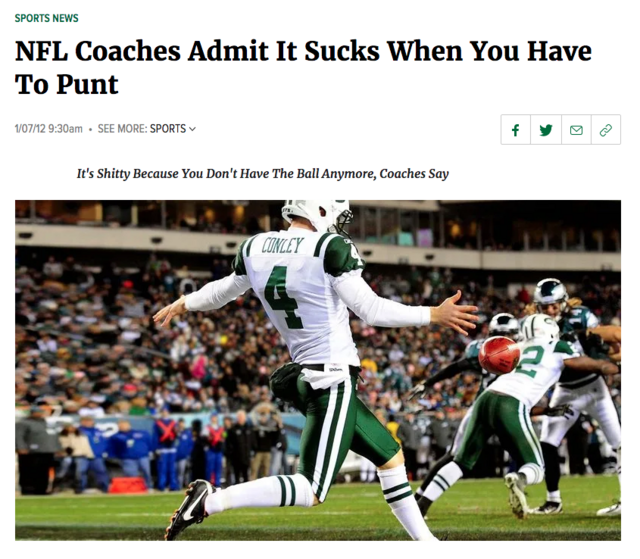 In a league-wide poll, head coaches from all 32 teams were asked if they enjoyed punting, and to describe how much enjoyment it made them feel. All 32 answered “no” to the first question, and either “none at all” or “very little” to the second.

Only two respondents answered “very little” instead of “none at all”: Cowboys coach Jason Garrett, who admitted he may have been confused by the question, and Denver coach John Fox, who said he took some comfort in the fact that punting meant he was voluntarily relinquishing possession of the ball and that his quarterback, Tim Tebow, hadn’t done anything stupid with it.

It’s fitting that a falcon is the fastest of all raptors. 20.70 MPH and it’s his third-fastest since they began measuring.

I kinda feel the same way about Tom Petty.

Airplanes and tits and then more airplanes: the ultimate Howard Hughes movie. 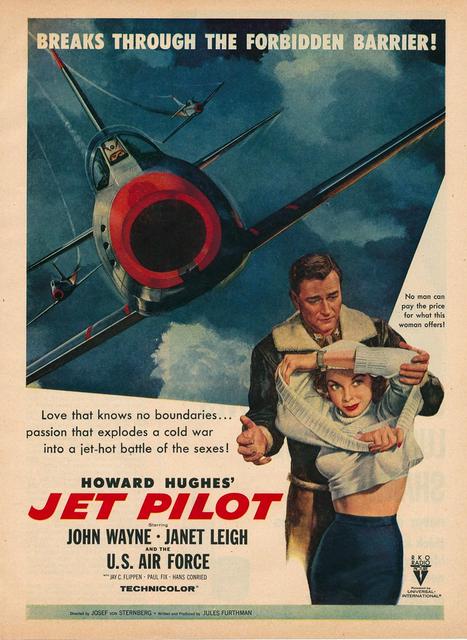 Janet Leigh was so fucking smoking hot. I would have eaten the corn out of a mile of her turds just to sniff that ass.
And how bout that daughter of hers? Yeah, that one.

Is there a cooler name for a band than “Thunderclap Newman?” No, there is not.

So I guess I have to balance a happy Jerry Jones with a disappointed Daniel Snyder, but at least all the people around here will be somewhat tolerable, kinda like when Trump won the election.
In the meantime, Dead Tom Petty is playing Smoke Two Joints by Sublime on his Buried Treasure channel, followed by the Temptations and Psychedelic Shack, a song I actually bought as a 45 back in the late 60s

I’m not even gonna watch that one…

FOAR Viva La Tabula Raza:
Got you brother. This entire album is “Awesome””

On it. Thanks for the tip.

Joe Biden is trying too hard to garner the youth vote.

So, I almost felt sorry for the Dolphins (I’d kill Flipper for a tuna sandwich) when I saw the 43-0 score, then I remembered how the game in Miami ended last season and said, Nah Man, Toughski Shitski.

Aquatic mammals kinda freak me the fuck out. Though I did enjoy swimming with the dolphins down in the Keys back in the 90s almost as much as I enjoyed going into the secured hangar out at Beale AFB last year and hanging out with a disassembled U-2 Dragon Lady. For an 60s-70s AF brat that was a fucking awesome experience.

Whether or not it’s true, I always like to think those guys stole their band name from David Byrne. Kinda like the Rolling Stones and Muddy Waters.

And a quick googly search on Mr. Know-It-All tells me that they actually did name the band after that song. That is fucking cool as shit for an old Heads fan, so I guess I need to check them out (old guy here, already listening to “classic rock” radio even back in the 90s). Any suggestions by you whippersnappers on a good album to start with?

“Got nothing on my four billion mothers.”

Holy shit! They have a camera in position? TWO?! Two cameras!

that was a bad spot

He was short regardless.

This game went from -0- to bananacakes in no time flat.

It’s so rare that you get all the red flags up front like that.