This is a special week for me – it’s the 100th CFL Beat! Hard to believe that this is the fourth season I’ve been doing this series – it feels like each year has kind of just bled over into the next. I know this league is rather ridiculous – especially when you compare it to the sprawling spectacle that is the NFL and American college football – but there’s some charm about it that I’m never quite going to be able to shake. I’ve seen some conversations online, most notably on Twitter, claiming that the CFL is now second-fiddle to the NFL in terms of popularity in Canada – and while I understand the logic behind this, considering the massive resources the NFL has to spend on brand development and international marketing, not to mention their widespread media coverage, it still feels a little weird to me. The idea that the CFL doesn’t cater effectively to young fans because of their perceived lack of star power and ability to harness and utilize it to expand their presence? It’s also a fair argument. But unlike some doom-and-gloomers, I don’t think the CFL is at risk of going anywhere; to me, one of the reasons that it works is precisely because it’s not trying to be the NFL. Football in Canada has as long and rich of a history as it does in the United States, and there’s a ton of tradition and lore to it – if the league’s marketing department can figure out how to strike a balance between making a new generation of fans aware of the rich tradition of the CFL while also at the same time having those same fans looking forward to the present and future of the sport, I think it’s going to be just fine. I clearly cannot speak for all Canadians or CFL fans, but it does seem very strongly to me that fans really don’t want the grotesque size and pageantry that American football traditions have to offer – stadiums of 80,000 are impractical, and there’s also not a need for round-the-clock news media coverage. While I have no doubt that the game of football still needs to adapt and change with the beliefs and values of society, moving forward, I think that the CFL will yet find ways to weather the storm.

Anyways, thank you for listening. The CFL, for all its imperfections and quirks, still means a lot to me, and I look forward to continuing on with the next hundred articles in the Beat for you. Thank you for sticking with me through all this time.

Ottawa 5 vs. BC 29: The REDBLACKS were blown out for the second consecutive week, this time to the LioUns and their league-worst 1-10 record. It was never a particularly competitive game; Eskimos QB Mike Reilly looked much closer to his MOP self, going 20-29 for 286 yards, 2 touchdowns, 2 interceptions, and 2 rushing touchdowns as well. Another positive? Reilly wasn’t sacked once this game – the first clean sheet the Lions’ O-line has pitched this season. That is an especially auspicious stat, considering that Reilly, with 45 sacks on the season, is the league leader in getting taken down by a wide margin. Ottawa’s offence was, once again, absolutely putrid; Jonathon Jennings, in his first start at BC Place not in orange and white, was intercepted twice while failing to throw any touchdowns. The REDBLACKS had just 304 total yards of offence. After this week’s showing, it’s pretty clear that regardless of records across the CFL, the REDBLACKS are definitely the worst team in the league this season – and they continue to fall apart with every successive game.

Hamilton 18 vs. Calgary 19: The Ti-Cats looked like they had a road victory all wrapped up – all Lirim Hajrullahu had to do was kick a 35-yard field goal to win it. Enter Calgary DB Tre Roberson, who’s been quietly one of the most sensational players in the league this year. Earlier in the game, Roberson notched his seventh interception of the season off a deep pass from Ti-Cats QB Dane Evans that was intended for WR Brandon Banks. This time? Something even cooler. With the kick up, Roberson got a hand on the ball and blocked Hamilton’s field goal attempt, sealing the victory for the Stampeders, who’d had to contend with a strong Tiger-Cat defence all game long. Bo Levi Mitchell managed one touchdown to Eric Rogers, but the remainder of Calgary’s points came off K Rene Paredes’ foot, going 4-5 on the night with the longest boot coming from 49 yards out. It’s a disappointing loss for Hamilton for sure, but they remain firmly secure at the top of the East Division all the same.

Montreal 25 vs. Saskatchewan 27: Another game with another late field goal to win it – but unlike in Calgary, this kicker didn’t miss. Brett Lauther connected from 39 yards out to win it for the Roughriders, who had a very hard-fought win against a scrappy Montreal team. The Als had a 9-0 lead early, but Saskatchewan battled back to take a one-point lead into the half. Montreal would take the lead back once again, but the Riders continued to counterpunch throughout the second half. Thanks to a big fourth quarter, the Als’ 18-10 lead disappeared, but they fought back to hold a one-point margin down past the three-minute warning. Thanks to a big game from Cody Fajardo, who went 19-27 for 254 yards, a TD, and a rushing score, the Riders drove 54 yards in eight plays and just over two minutes to cap off the dramatic victory. With the win, Saskatchewan keeps pace with Calgary for that number two seed in the West – and within spitting distance of Winnipeg for the division title and first-round bye.

Calgary (8-4) vs. Toronto (2-9), Friday, September 20th, 7:00 PM EST (TSN, ESPN+): The Argos got a nice break after their convincing win over the REDBLACKS in Week 13, but they’re in for a much tougher test this week as the Stampeders come to town. Toronto’s offence has found its form in recent weeks, with McLeod Bethel-Thompson near the top of the leaderboard in most statistical categories for quarterbacks; Derel Walker has also rounded into form – a welcome development considering his hefty contract he signed last summer. James Wilder, Jr., too, looked more like his old self against Ottawa, and if Toronto can get the run game going, they’ll hopefully stay competitive. The issue, as always, though, remains their defence, and Calgary will likely be able to rack up the yardage through either the ground or air. The Argos are definitely looking better, but they remain far from good.

Hamilton (9-3) vs. Edmonton (6-6), Friday, September 20th, 9:30 PM EST (TSN, ESPN+): This is a make-it-or-break-it game for the Eskimos, who’ve been in freefall over the past few weeks as they forget how to score points. Trevor Harris remains questionable to play in this one – while he’s been strong at racking up the passing yards, the Esks’ red-zone offence remains highly dysfunctional, and even with Harris not at his best, he remains a better option than backup Logan Kilgore, who seems likely to go for Edmonton instead. Hamilton comes into town licking their wounds after that last-second blocked field goal – I don’t expect that to repeat itself for the second week in a row. The Ti-Cats lead the East for one simple reason – week in and week out, they’ve been a consistent team.

Winnipeg (9-3) vs. Montreal (6-5), Saturday, September 21st, 4:00 PM EST (TSN, ESPN+): The good news? The Bombers have Andrew Harris back at RB this week, and despite Johnny Augustine’s strong play in his absence, getting Harris on the field adds a new dynamic for Winnipeg’s offence. The bad news? Matt Nichols may well be out for the rest of the regular season. Chris Streveler had a fantastic game last week in Nichols’ absence, but in order for the Bombers to go to a Grey Cup, he needs to display that same consistency every week. Montreal had a tough loss last week against Saskatchewan, but they played them very well – with Winnipeg also displaying a similarly strong pass rush to the Riders, the Als need to stick with last week’s offensive game plan – it worked well for them – but unfortunately, not quite well enough in the end.

BC (2-10) vs. Ottawa (3-9), Saturday, September 21st, 7:00 PM EST (TSN, ESPN+): It’s a rematch of the one-sided debacle of last week, where the REDBLACKS decided to play dead rather than play offence. Even being back at home, I don’t think things are likely to improve any time soon. Yes, they’ve got a ton of injuries – but so do lots of other teams. At the end of the day, when you have no way to move the ball, you’re going to get smoked every single time. If the LioUns’ shaky O-line can deliver a second good game in a row, I see Mike Reilly racking up the stats for BC once again. Such a shame to have a talented QB on such a flawed team.

A lot of strong picks this week, so I’d like to take this opportunity to boo Sharkbait and blaxabbath for fucking up. BOOOOOOO.

The Maestro
The Maestro is a mystical Canadian internet user and New England Patriots fan; when the weather is cooperative and the TV signal at his igloo is strong enough, he enjoys watching the NFL, the Ottawa Senators & REDBLACKS, and yelling into the abyss on Twitter. He is somehow allowed to teach music to high school students when he isn't in a blind rage about sports, and is also a known connoisseur of cheap beers across the Great White North.
https://www.doorfliesopen.com/index.php/author/the-maestro/
Please Login to comment
5
2
0
5

In the men’s room before customs there’s a place to ditch your heroin gear: 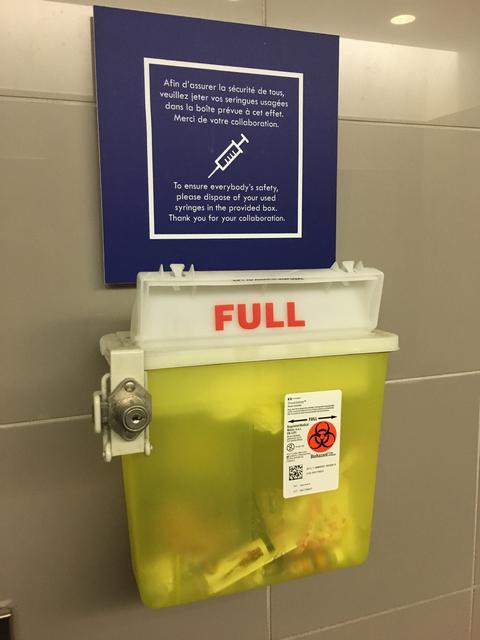 I flew on a small CRJ-900 from Washington Dulles Airport (IAD) to Montreal. After I cleared customs (with a surprisingly small bribe of a deck of naked lady playing cards that was missing two kings) I went to my assigned baggage claim terminal. Mine was the only bag there. 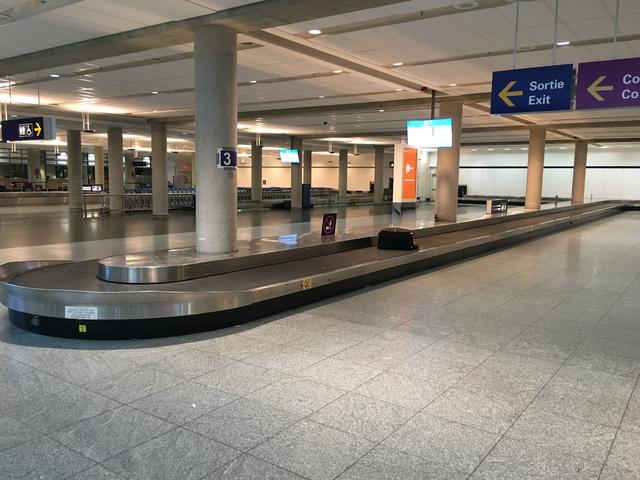 This has been another
TRUE CANADA™️ STORY

how am i to move up in the standings when everyone above me gets a prefect week too?

Hey Canada, your president is a racist!

I think the CFL is great as it is. Once they get to an even number of teams, the constant bye business will sort itself out and the schedule won’t be as weird.

What the CFL needs is a broadcast package like the AFL has so it doesn’t have to rely on ESPN for viewers in the States. I think it’s a unique and wonderful product that takes the essence of football that we all like and minimizes the things the NFL has instituted that ruin the enjoyment of watching a game.