On these cool, crisp afternoons I like to do a bit of driving. I’m not by any means a ‘fall colours’ kinda guy but I when I do notice the foliage I’m reminded that it’s pleasant enough to look at. I spent a part of the day raking leaves and cleaning the caulking in the bathroom. I buy a hard bristle toothbrush because it really gets into all the tiny crevices. I don’t stop until everything is done. Sometimes it takes hours…

I passed by a few carparks, those little oases where folks on long distance journeys can pull over and get a little shuteye. If they only knew what I’ve done at some of those places, how very close they were to some of my greatest adventures. But I had a certain other place in mind. There’s a huge truck stop by the name of Gus’s that sits right at the spot where this highway splits to the east and to the north. It’s been around forever, longer than I can remember. My dad took me here for ham and eggs (sunnyside with a large glass of milk and a double order of toast to wipe up the yolks) when I was a kid. The place is huge-tons of tables inside and acres and acres of parking outside.

There’s a thriving but small black market economy here-drivers sell goods that are only available in other provinces, dealers know that there’s business to be had on what would otherwise be a slow Sunday night, and sexual favours are of course available. This was my angle tonight.

As I sat with my coffee I waited on the offers and it didn’t take long. A meaningful stare here and there gets the ball rolling quickly. The first was by a sharply dressed guy that stuck out like a sore thumb,

-naw, looking for something else

The boy was young, really young and he was nervous as hell. I bought him a Pepsi and told him what I wanted. He just nodded and looked back at his ‘caretaker’. I told him I pay well and

-maybe we could chat a bit

I mean, what else was he going to say? It eventually came out that he’d been on the streets for a week. Kicked out of school, kicked out of the house by his stepmother, he was from three provinces away. The knife clipped to my hip felt warm as he talked-I had no idea why he was unloading on me. Just had to get it out, I guess.

-sorry if I talked too much

The cold, electrical energy crackled down my spine. My mind went temporarily blank. My hands trembled a bit. Nothing was going right and it wouldn’t go right. I knew immediately.

-yeah, let’s get this done with. Come out to my car

-Uh, I have to do it in the bathroom. That’s what he says

-what the fuck! I’m in so much trouble

-I’m getting you out of trouble

I saw some headlights behind us but they eventually faded. I drove back towards my town and then beyond it. I drove for six hours, the kid sleeping most of the way. I dropped him near a youth hostel in a larger city after getting some money out of an ATM.

-take this, get a room and get a job-don’t do that shit again

He just nodded his head and got out. I called work and said I wouldn’t be in until noon and began to drive back. It’s rare for me, but some plans go awry but that’s okay, I guess. I’ll just have to focus a bit more next time out.

I guessing Patrick Mahomes and his Flying Circus run away with this.*

*code for “I didn’t bother to do any homework for this one, it was a long drive”

Have at it, wastrels!

Quiet in here all of a sudden. It’s after midnight in my time zone, so maybe we are here: 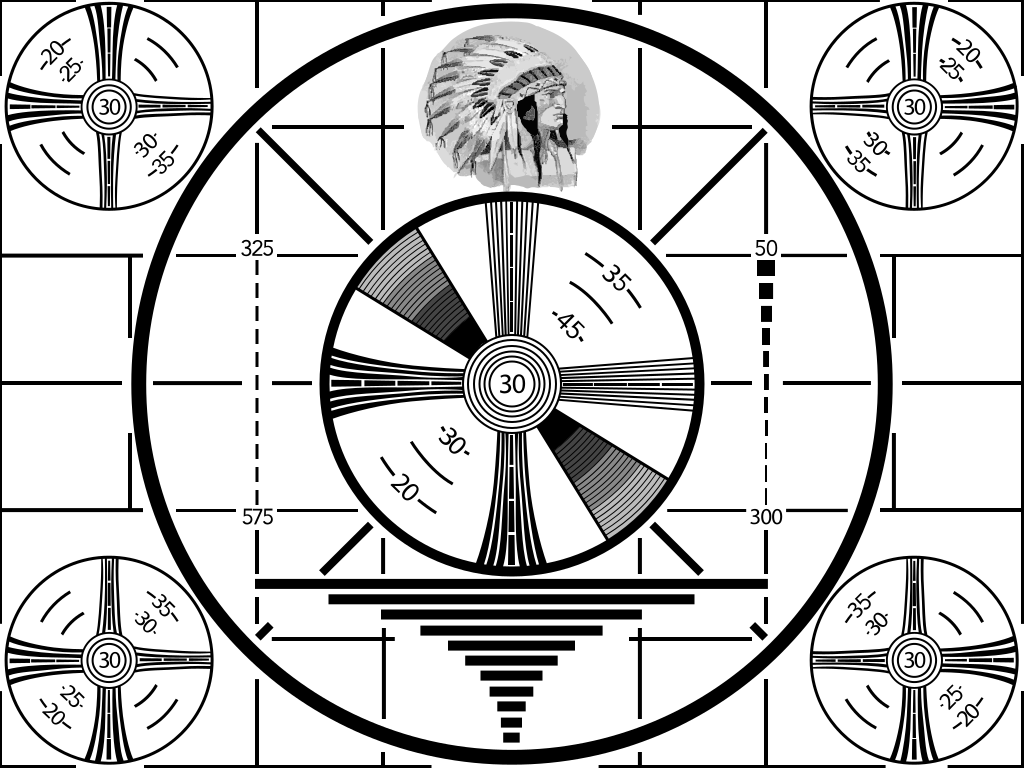 This isn’t NSFW if you work dishing out handjobs all day:

Nobody wants to know how the Kraft Singles are made, but it might be funny to see it.

GB—DAL — Very YAY, although I don’t give a fuck about GB, I just like Dallas less/hate Dallas more.

ARI—CIN — Who gives a fuck besides Redshirt?

BUF—TEN — Sorry, Don T, but once we got the Texans after fucking Bud Adams abandoned us, I stopped caring about the old Oilers, Plus I had a gf from Buffalo who was very much open to bedroom experimentation back in the day, which gives some bias to my rating of Yay Bills.

CHI—OAK — Always like an upset even at a “neutral” site.

TB—NO — DGAFF (Don’t give a flying fuck), though I would have rather seen TB pull the upset.

MIN—NYG — Ditto, except no fucking preference on either.

NYJ—PHI — Ditto, ditto, except now PHI is tied for first with DAL in NFC East, so yay.

BAL—PIT — Can they both lose please? Yay for actual outcome, fuck Shitsburgh.

NE—WAS — What did you expect? Yay for my team, with yawn, waiting for a real challenge. I’m sure the NYG will provide that challenge come this Thursday.

ATL—HOU — WTF, did the Texans acquire a meth dealer during the week? Yay. 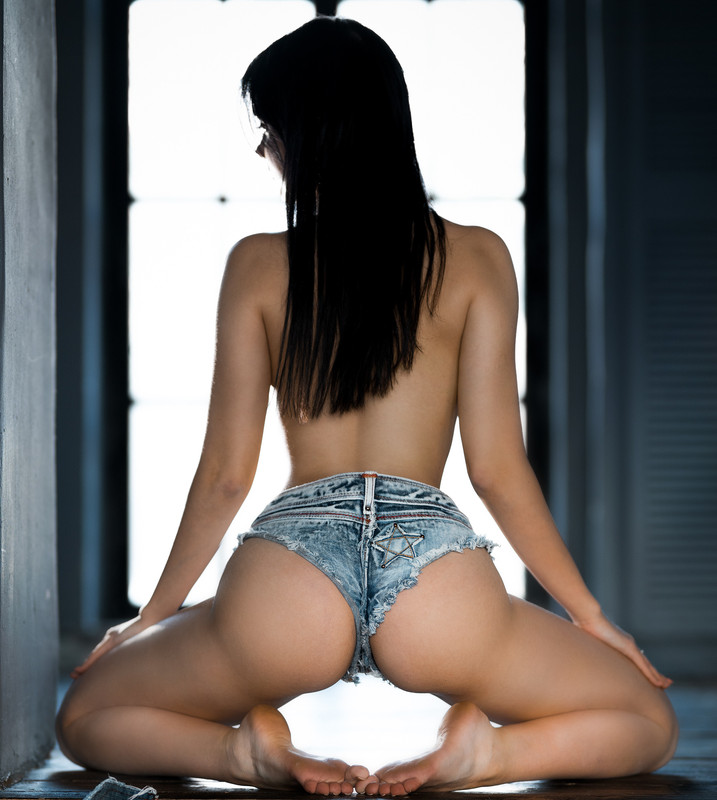 “Not quite what I had in mind when I wrote the song, but I’ll allow it.”

Cliff notes version, maybe. Totally subjective, as stated, of course. I think Hippo is a little more even-handed, except when it comes to his favorite teams.

Another violent mugging in Philly

Nuts. I forgot to trim this. BRB.

Heh heh, you sounded just like Tim Tebow on his trip to the Phillipines!

I love you long time!

As A. Reid told us, the brisket is always good.

True story: my mom sold Robert matthis a cell phone when she still lived in indy. She didn’t get his autograph,

But she did get one from future drug offender dexter reid

This game is done, NIGHT Y’ALL

Ah good. Let’s end the night with the WH green lighting another genocide. 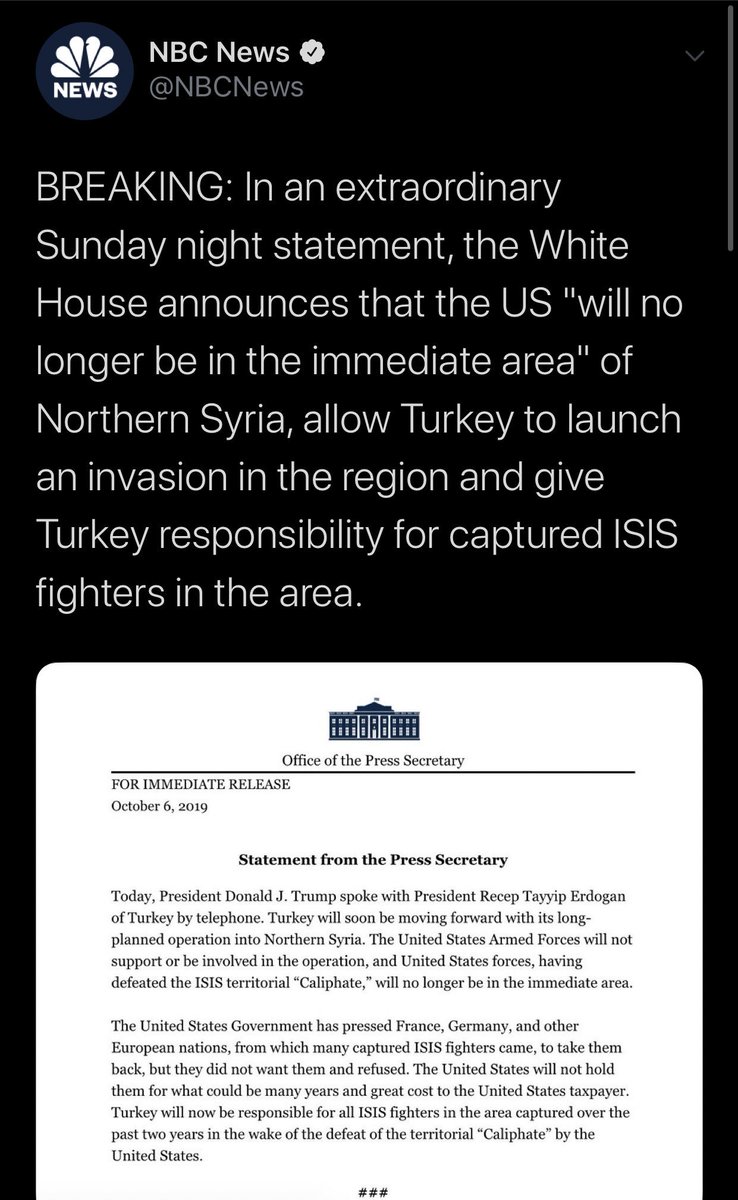 “I personally defeated ISIS, and Barack Obama, Joe Biden, and the Deep State made Turkey bring it back!

“I pardoned Turkey this week and will now go ahead and sell them the F-35s so they can share the technology with our good friend Russia.”
—Donald Trump, last week of November 2019.

“Keep it. The Chinese already stole it, got rid of the shitty parts, and are selling their own versions that on paper can outfight the F-35”
— V. Putin

And there it is. The betrayal of the Kurds everyone has been waiting for.

Meh. The Kurds have been being betrayed since the Treaty of Versailles, they’re used to it by now.

That’s why they made a side deal with the Russias six months ago. They knew this day was coming.

Between arming, training, and funding Al Qaeda spinoff groups and attempting to overthrow Syria with the likely replacement to be AQ/ISIS-like Wahabist extremists that, everywhere they’ve been, actively genocide ethnic minorities, Shia, and Sunnis they don’t like? And supporting our NATO ally Turkey even though ISIS is Turkey’s proxy force and excuse to invade and annex parts of Syria?

I would almost look at it as Herr Fuhrer sucking up to Turkey, because they were annoyed at Obama

Oh, of course. This is to their benefit to help Turkey use ISIS to capture and hold a chunk of Syria, kill some Kurds, and make the bagmen smarter than the Flynn boys a nice bit of cash. It’s also getting on the good side of Turkey and Qatar since MbS/KSA have just been humiliated over Yemen.

Jesus, that is so amateurishly written it makes me cringe.

“Turkey will now be responsible for all ISIS fighters in the area captured over the past two years in the wake of the defeat of the territorial “Caliphate” by the US.”

cf. “Armenian Genocide.” Do not be reassured, Kurdish people.

“No one remembers the Armenians”
— Hitler

The Jews should be happy (wait, what?) that most everyone recognizes the Nazi genocide of their people. Most genocides are ignored or denied by the people that perpetrated them. 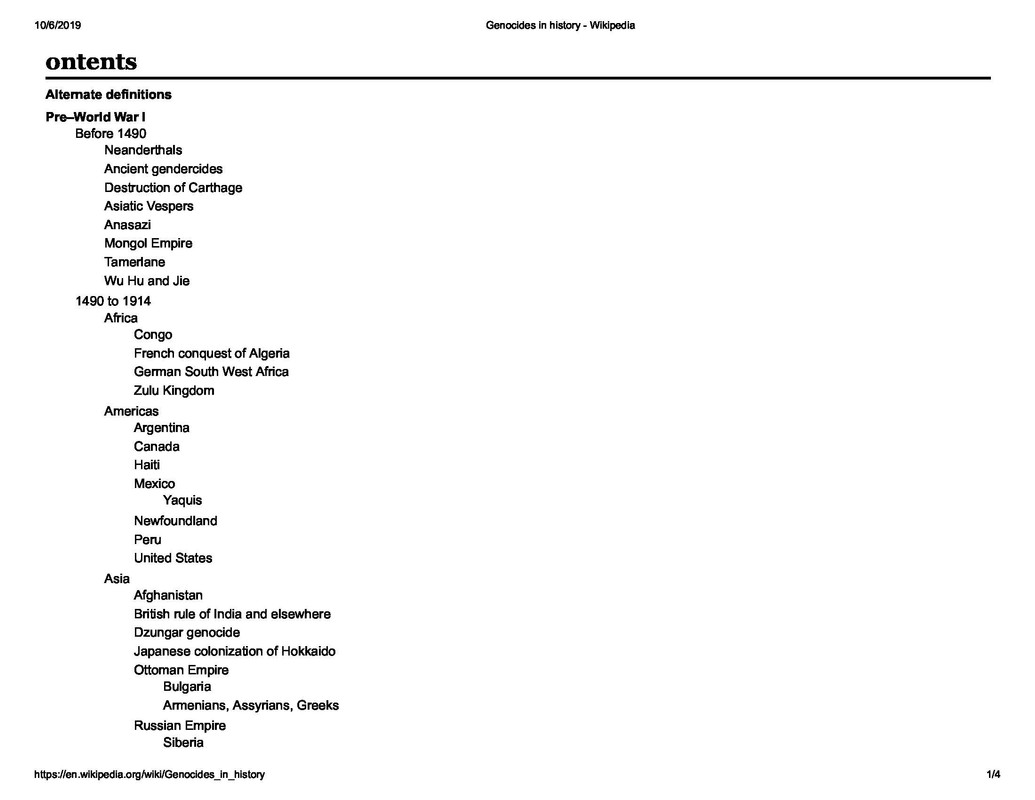 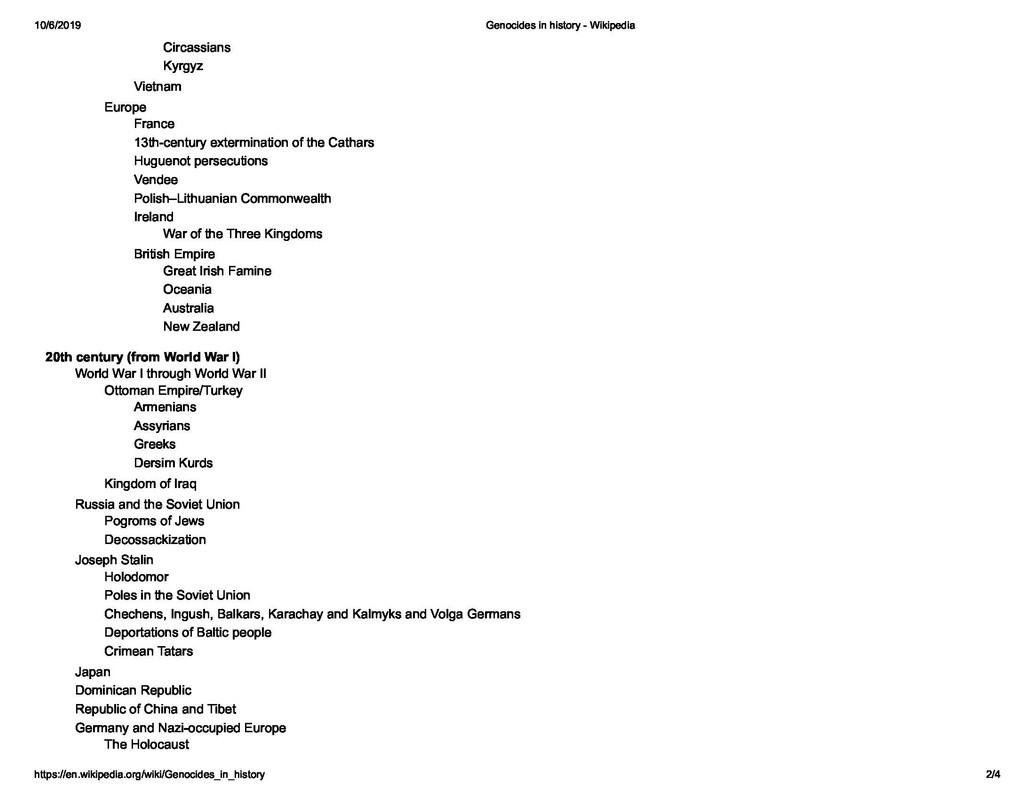 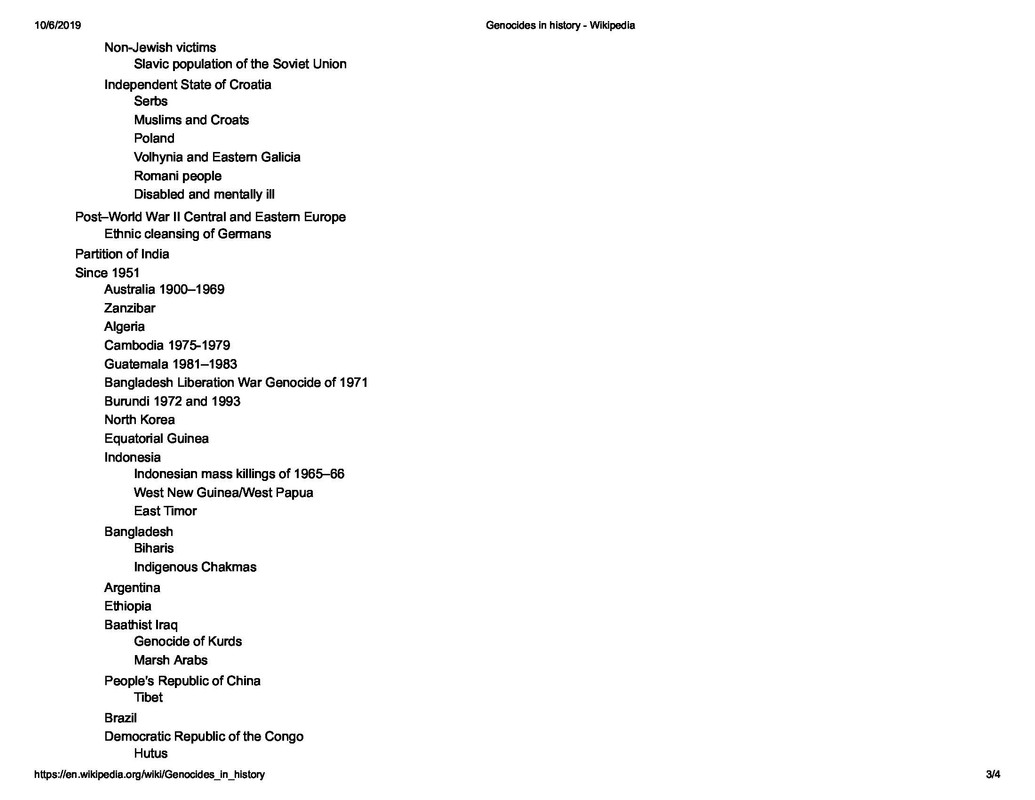 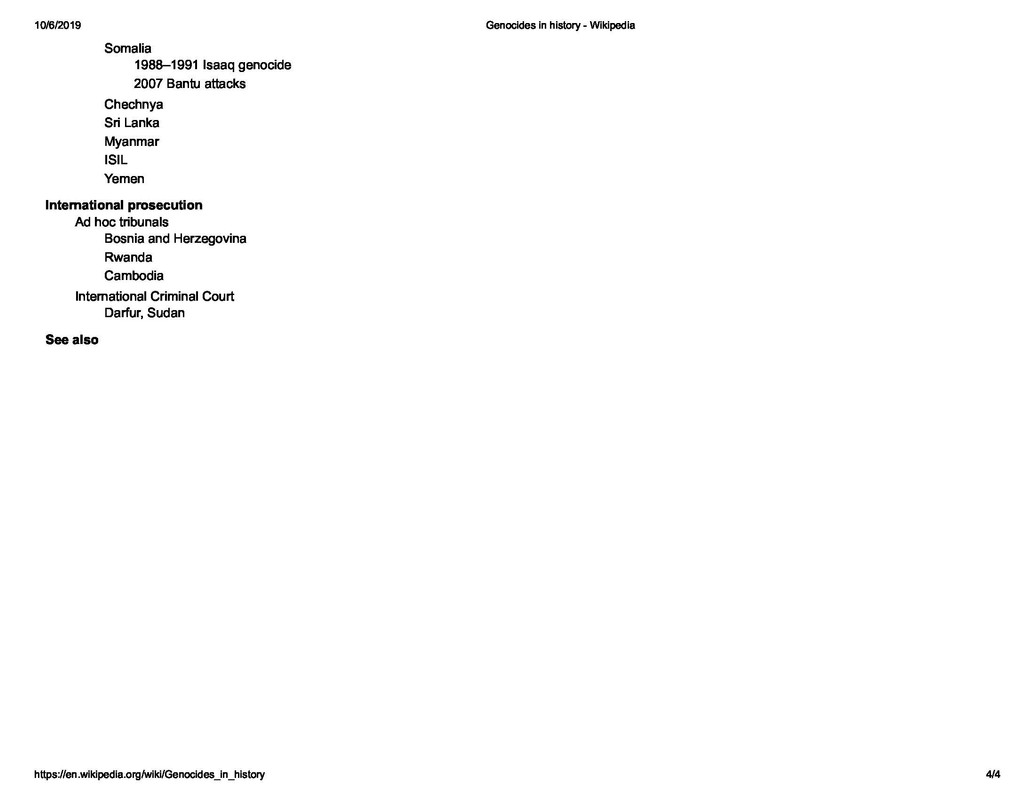 This is our dear President blowing out the pilot as he turns up the oven and prepares to leave, with us all in the house. 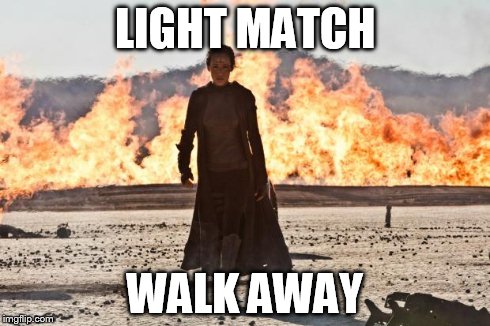 I’m not sure there’s any actual wrestling in this Wrestling collection.

hippofant, this is the link you’re looking for.

That one at the bottom isn’t even tagged with her name. Just #boobs and #boobies

To be fair, that was just added to the collection. If I could edit the tags, I would.

they should kick the FG now 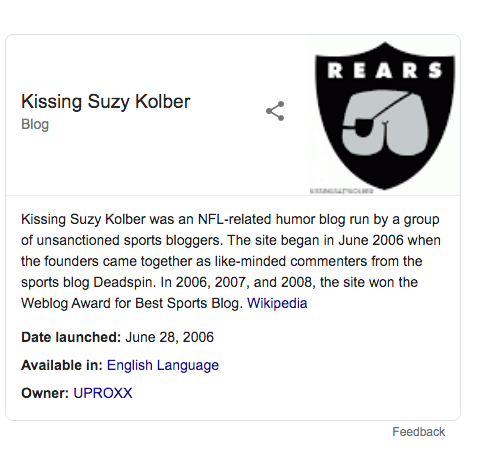 On April 14, 2008, Michael Tunison revealed his identity as a writer for The Washington Post on the blog. He was then fired by the Post for, in Tunison’s words, “bringing discredit to the paper.”

Katharine Graham and the Post’s editors did her damndest to cover up Iran-Contra because she was friends with the Bushes and adored Ronald Reagan (and would’ve succeeded had some people at the paper been too dumb to follow her edict for nothing of Bob Perry’s to be published), but, sure, Xmas Ape brought discredit on the paper.

Random Trump-voting family member: “The Washington Post is so unfair.”
Me: “I’ll never forgive them for what they did to Ape.”

To be fair, it’s also unfair to anyone critical of Jeff Bezos and Amazon.

Can reality implode from derp? FIND OUT NEXT WEEK AS THE REDACTEDS PLAY THE BUNGLES!!

Or Dolphins, whatever, still applies