If the London Game had been an early morning affair, yes, I get it. I’d be totally fine with that. But this is ‘our’ NFL, giving us the illusion of choice when there is in fact none or the choices are garbage. (borrowed from that old crank George Carlinski) Why do we put up with this? Or do we? I guess the league’s Downward Dog numbers indicate that we don’t. I mean, not ‘us’, us. We’ll watch a shit game and ask for more so that we can come on here and try to make one another larf their butts off. It’s a pitiful existence, but what else is there?

It’s fade time for Courtland Sutton again because he’ll be getting a big, fat dose of Casey Hayward. Not so for Manny though-the gap between the aforementioned cb and the rest of the Chargers is calculated in light years. But will Flacco go for it? He’d better because Denver is staring at going 0-5 for the very first time in ever.

Speaking of lockdown dudes, Green Bay’s Jaire Alexander is PFF’s top ranked cb and he’ll be showcasing his wares against Amari today. You might think twice about starting rb Jones this week as he’s had just the one game with over 40 yardos rushing but his arch-nemesis, (not including Matt LaFleur) Jamaal Williams is out this week. ‘Increased touches lead to increased chances’ is what I whisper to my sixteen year old kid from the closet of his bedroom when he has a girlie over but it also holds true in fantasy football.

Get your engines revving, sportsters!

I don’t think the offensive line is a strength anymore you guys.

Absolutely beautiful. No one to blame but themselves 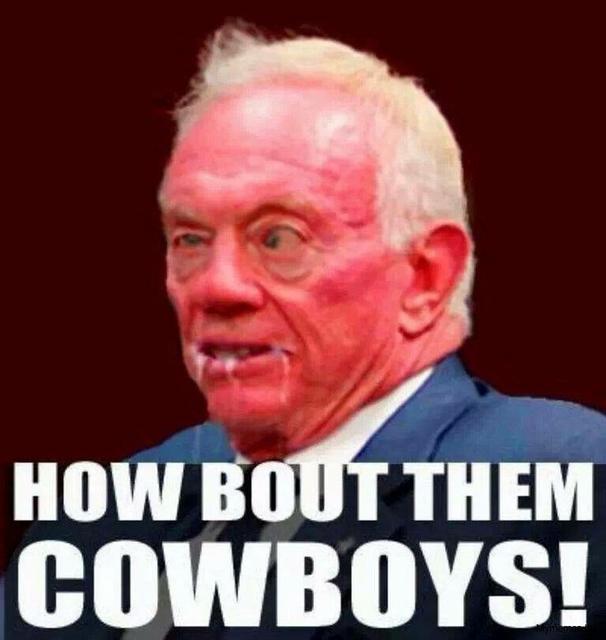 That must have been a national Trump ad spot. Shit, I’m voting for him now! Another Trump commercial on Los Angeles (FOX) TV! There are never presidential ads here! He’s trying to reach me!

Why are they running Trump commercials in Washington state?

They ran the same ad in Connecticut. I’m thinking it’s not targeted, or it’s just his usual incompetence.

They’re running them in Texas. Why the fuck are they wasting their money preaching to the choir?

Why the fuck was there just a trump ad? Fuck me, does anyone have eye bleach?

Hot taek. Kick the FG here and give yourself more time to get the TD in the unlikely event you recover the onsides kick that you need no matter what. 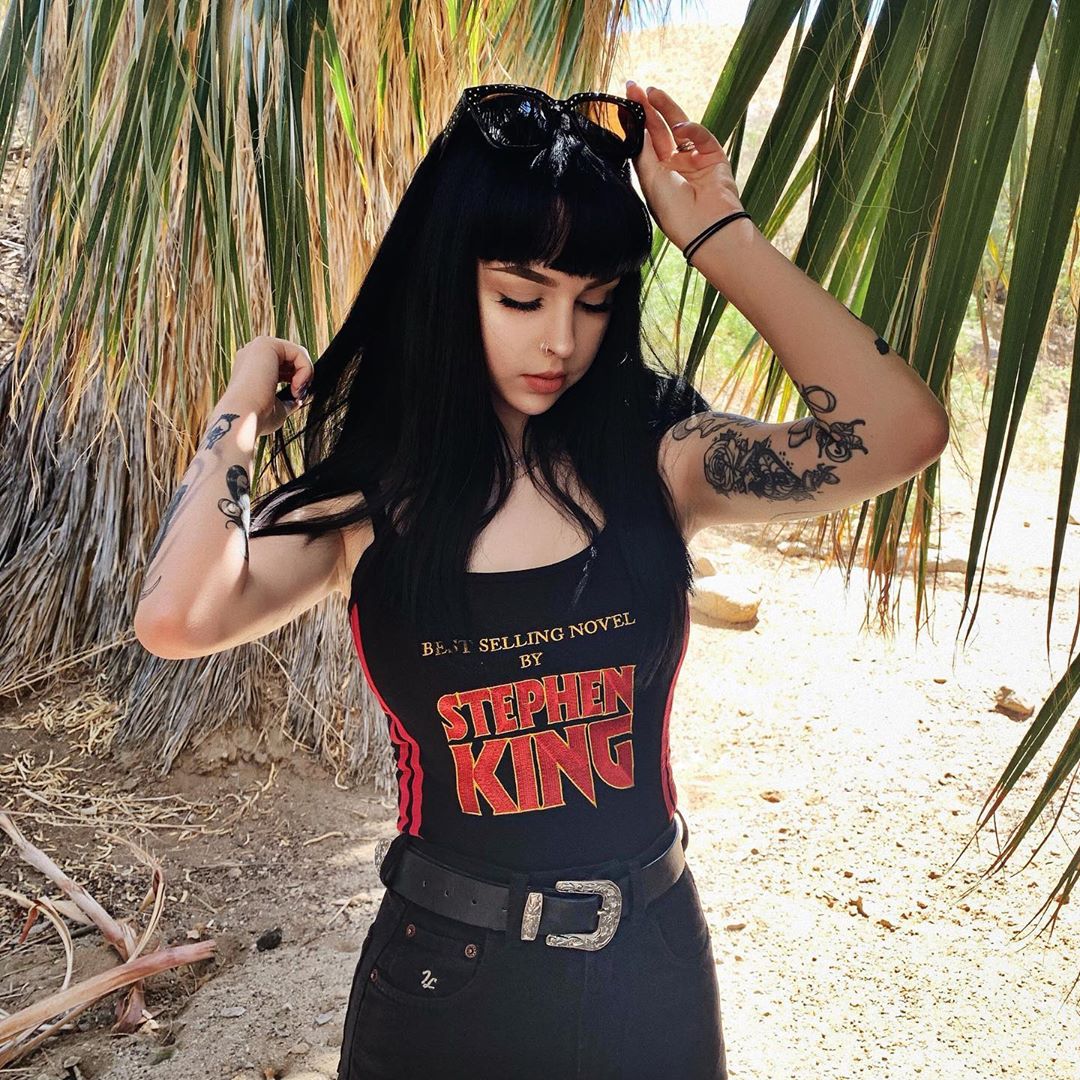 Shit. Better ID her first then.

“Roughing the fucking passer?” WTF? Way to go zebra fucks.
/has been drinking
/more than usual

Roughing the passer? What the fuck?

Oh, the glancing blow the helmet. I thought that only applied to Brady. 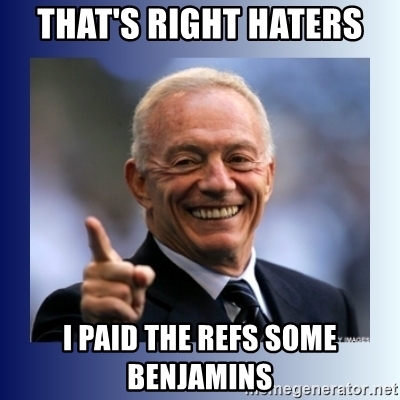 Gosh, it’d be a real shame is Z’darius were hurt.

Dallas is too late. there’s not enough left on the clock.

Hmm, yes. And a fine eating we will have afterwards.

I think there’s time for one more Dakception. 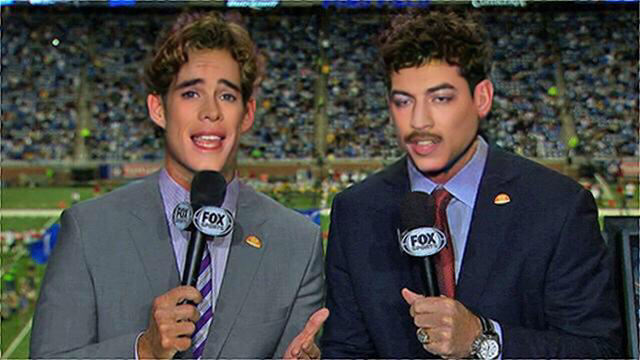 Is that Hall and Oats in drag?

You can tell Matt LaFleur is like family to Rodgers, because Rodgers won’t stop yelling at him.

fuuuuuuuuck that. Be better, refs.

But are they better than the replacement refs

Even as a packer fan, YES

I was told repeatedly by the NFL that the replacement refs were doing a perfectly cromulent job, that there was nothing to see there, and that I should just move along. 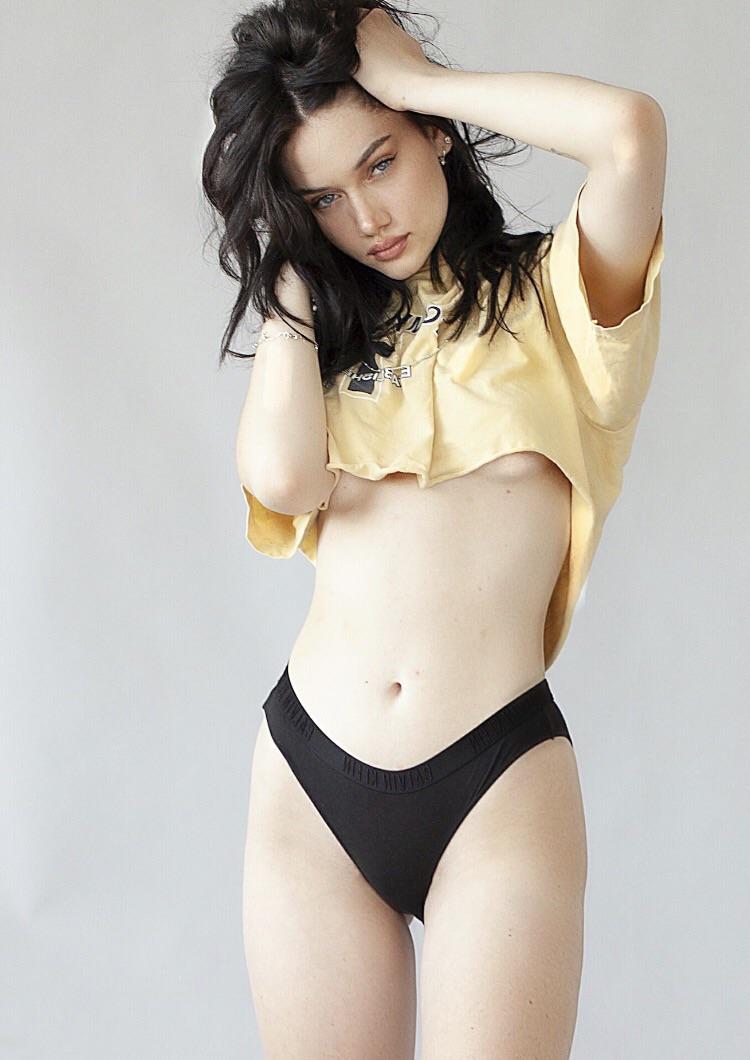 Wait. What was I saying?

“It’s not roughing the passer if there’s no play!”

Before this game, all the talk was about how Zeke was gonna have hundreds of yards, all over that weak-ass Packer run defense. By “Zeke,” I can only assume they meant “Aaron.” 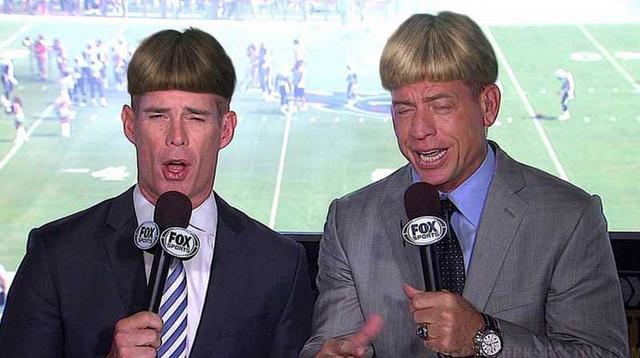 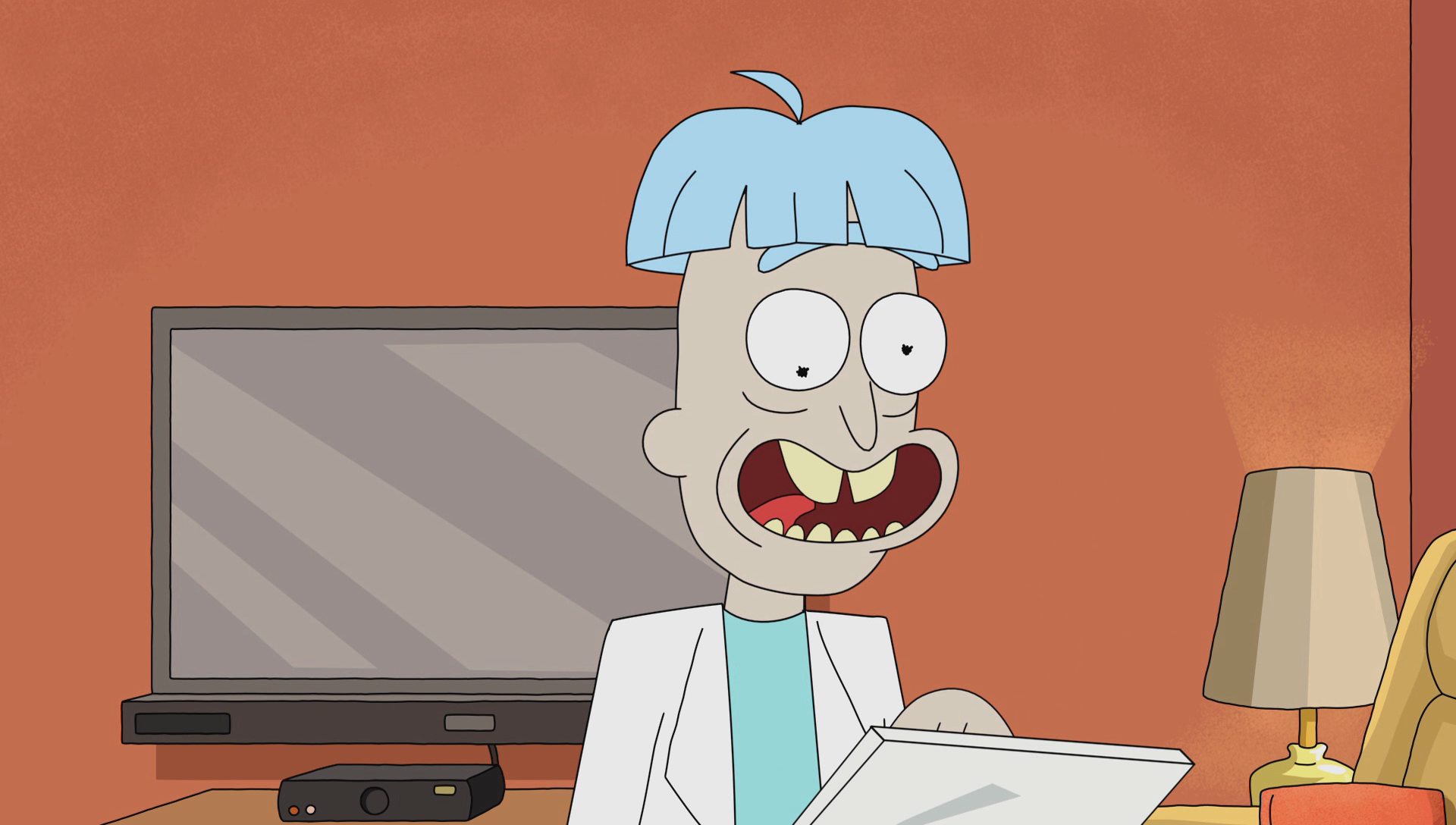 Awuzie can’t cover for shit, but he hits like a missile.

Boy am I glad I’m not facing Aaron Jones today.

Mrs. Sharkbait on the other hand…

Dak Prescott with the full count

That zebra fell on his ass

Was it the lady-ref? Because she has a big ass.

She’s OK. The pounds-per-square-inch on her big ass when she fell were well within the acceptable limits.

There’s a lady ref in this game? Oh I’m sure Dallas sportsball radio will be even more reasonable than usual tomorrow.

I hate the Cowboys but Amari is impressive right there.

Where’s a drone when you need one?

Can Dallas get a 3 and out?

Sure. I could also win Mr. Olympia. The odds are about the same.
/flexes at mirror
//mirror shatters in horror