WHICH MEANS that Ol’ Reverend Mayhem is driving the train tonight, and he’s all hopped up on the Halloween candy Dr. Mrs. Mayhem bought and tried to stash away. CAN’T HIDE THE REESE’S FROM ME, WOMAN! NO POWER IN THE ‘VERSE CAN STOP ME!

What does this mean for you, gentle readers? Not much- just a slight change in normal programming.

That’s right. It’s Dirt Football at it’s finest. “But Rev, didn’t St. Louis absolutely shit the bed in the first two games despite having home field advantage?” YES, but they’re just backing up to make the inevitable victory over the Not-Good-Enough-For-Montreal ExExpos. We’ve shitcanned them before in the playoffs multiple times when they had demonstrably better teams. And these aren’t the same old hateable Play the Right Way Cardinals. In case you missed manager Mike Shildt’s postgame rant after flushing Atlanta:

“The [Braves] started some shit. We finished the shit. And that’s how we roll. No one fucks with us ever. Now, I don’t give a fuck who we play. We’re gonna fuck them up. We’re gonna take it right to them the whole fucking way. We’re gonna kick their fucking ass.”

Ladies and gentlemen, that is the kind of coach we here at DFO can– nay must– embrace as one of our own. Hell, add in some references to pussytubing and it’s basically a Rex Ryan speech. Don’t deny what your heart tells you. Give in to Cardinal Love.

For those of you unable to handle all the Hot Buttered Baseball Action, there’s also some sort of NFL game on tonight.  It’s the Packers and the Lions at the House That Lard Built. The heavy betting looks to be on Green Bay, who at 4-1 with a truly legit defense looks to win out on a cool and potentially rainy night in Wisconsin.  The Lions, as you may recall from my previous insane and occasionally drunken rants, are a deeply weird team in search of an identity. They’re 2-1-1 coming off a bye, and are likely missing both elements of A’Shawn/Da’Shawn and possibly Darius Slay. Not good when Green Bay finally has a running game, even if Davante Adams’ absence may limit the passing game.

Weirdly, the lines I’m seeing are Packers -3.5, which factoring in the normal 3 spotted a home team means these two teams are viewed as much more even than they appear. Note that this is directly in line with my Revised Prophecy that the Lions will tie 5 more games this season. I advise you to place an irresponsibly large wager on “tie”. The Church will expect you to tithe your winnings.

Not much in the way of Footy News today beyond yesterday’s goings-on.  The Shitty Clippers’ players are salty as fuck that some clever media person at “their” stadium started playing “Renegade” by Styx in the 4th quarter of last night’s nationally-televised depantsing. Apparently this is the Steelers’ “fight” song? Anyway, the idea was apparently to “Rick Roll” it, but the Pittsburgh-refugee majority decided to take it upon themselves to just sing it. Lessons: 1. never let a 45 year-old middle management guy try to do something clever involving a 12 year old meme; 2. if you’re getting beat to shit by a third-string rookie QB nicknamed “Duck”, maybe concentrate on something other than what the stadium’s PA system is doing. 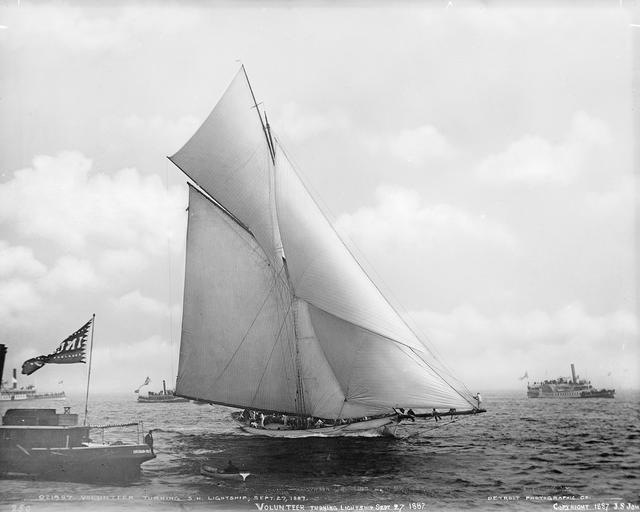 Speaking of giant 19th century racing yachts, let’s all remember that there is a scheduled L.A. DFO meet up this weekend! With baseball steaks for a mere $0.98! That’s the rumor!

I still can’t believe dril is going to have a weekly Adult Swim series.

The Detroit Free Press should get the banner:

It’s funny because in a weird fit of inspiration that I had a week or two back, I posted on Facebook earlier that while the sun will eventually consume Earth in five billion years, that means that eventually our corpses will become star light.

Columbus Day has set me on a Sopranos kick.

Just saw the “highlights” of the hands to the face penalties against the Lions, and how anyone can take the NFL seriously at this point is beyond me.

And there’s a packers fan bringing up the Calvin Johnson catch.

I’m still not in that league

I took over for BFC, but tried to give team a bad name

Toddlerzilla screwed me over and I missed a lot of the 4th. What were the key fuck ups in the 4th that gifted the Packers this win that Rodgers can’t even admit was deserved?

Put it this way: According to the refs, you committed Illegal Hands To The Face when you kissed Toddlerzilla goodnight.

If there’s one silver lining in this, it’s that it happened to Patricia. Flowers can bitch. Patricia can go shove his pencil up his ass.
Off to read what Lebron James just said about China.

The King has knelt before the one true god