Welcome back! Last night, we got the still-undefeated San Francisco 49ers going against the Arizona Cardinals in Phoenix. This meant that the “home” crowd had a healthy mix of away fans and people in town with nothing to do.

It was a good game for a bit and then the Cardinals started to Cardinal and that was that. The perfect example of that was the defense stopping the 49ers on a 4th down at the end of the first half only for the play to be invalidated because Dipshit King Kliff Kingsbury kalled a timeout. Of course, the Niners scored on the ensuing play and the game was effectively over.

For those of you that stayed up with us and participated in the Live Blog, you saw some new faces as we continue to welcome those of you that are looking for a place to point your browser while you’re taking a dump at work. To that, I say, “Welcome home!”

The final score was 28-25, which was really much closer than expected. Give the Cardinals credit, they tried valiantly to come back. However, the 49ers got a key first down at the end and that was that. Here are your highlights:

Report: Herodotus had previously requested this term in another post and reiterated his request last night, so I couldn’t say no. In that sense, I’m very much like the ladies in the results that came back. There are A LOT of videos with the word “slut” in it.

HOWEVAH, we did get a video titled “Piano show with penis!” It has what looks to be Thomas Lennon of Reno 911 fame introducing two guys dressed in tuxedos that play the piano standing up with their hands in the air. Unfortunately, that was about it for any videos featuring pianos. And no, you don’t get to see the penises, so I call shenanigans.

Score: 2 out of 10 octaves audible to the human ear. Would not search again.

Report: I was VERY nervous typing this into my incognito browser. I had no idea what “futanari” meant or if it was some weird Japanese sex thing. That’s not raycess because Weird sex things:Japan::Apple pie:USA.

I was shocked when I saw there were 2415 results! What the fuck?!? I mean, I know most people think I’m the resident pervert here, but I am really quite innocent because I had no idea what this was or that it was so popular.

Of course, this being a Japanese term, there was a shit-ton of hentai/animation. There were also live action videos and that’s when I figured out what “futanari” means. To paraphrase Randall from Clerks, it’s chicks with dicks so large they put mine to shame.

Report: I don’t know who Anna Brewster is but apparently she got naked in a TV show called Versailles. A lot. Those results were nice. What was a nicer surprise, however, was discovering that there is a movie called “Pocoho: The Treaty of Peace”.

I maintain that Daniel Snyder has done worse things to the Native American nation than what I saw being done to the blonde and breastfully-augmented “native American” lady in this video.

Score: 10 dollars will get you one that the phrase “smoking the peace pipe” was said at some point in this movie.

The word “blast” really takes center stage here as you get numerous videos featuring men “blasting” their loads. However, the best combination of both words had to be “Female Fake Taxi Finger-fucking a fit bird”. Say that three times fast.

Report: Gene Belcher thinks this is a great search term idea. Apparently, he’s not alone. However, he might be disappointed as the first result featured a dude banging a “lunch lady” but the rest of the results had nothing to do with chesty ladies that serve food in cafeterias. They mostly had to do with people doing sexy things during their lunch breaks.

People were doing things in cars, in offices, and at home when they are supposed to be at work. It’s a slice of Americana and a tribute to the American work ethic. My favourite video title? “What’s for Lunch? Dick!” Fair warning, though. It’s not what you think it is.

Report: Fun fact: I have met a person that was once a member of the band Trans-Siberian Orchestra! She was, at the time I met her, also a welder/metalworker so she’s a very interesting individual.

Score: Incomplete. I didn’t get past the first page. I think I’ve seen enough chicks with dicks for one day…

That’s been your Thursday Night Football Review! Make sure to write in the comments any search terms you want me to look up and report on next week. See you next Friday!

I’m glad to have stumbled across the Commentariat in Exile!
Could I request “venture capitalist” in next week’s searches? I’m predicting some either some REALLY depraved stuff or lots of videos of an idiot inflicting pain on himself for no apparent reason.

She was, at the time I met her, also a welder/metalworker so she’s a very interesting individual.

I totally forgot about that! She’s very busy teaching music these days.

Neat that you met a member of the group! It always seemed to me that, like Parliament / Funkadelic, there are SO MANY OF ‘EM that most of the planet could qualify for Six Degrees of TSO.

I was kind of curious to see if the second two terms would turn up anything interesting, such as people in ushankas or interesting things to do with woodwinds; too bad that the “trans” trumped everything.

(And thanks for searching!)

That would be the domain of Martin, chief pervert in exile.

You guys leave Kliff Klaven…errrr Kingsbury alone!!!! His fuck up earned me six bonus points in FF.
Don’t listen to ’em Emmanuel…you did a good on that route. But if I’m being honest, when I saw him lined up at fullback I thought….ah shit.

Thanks for the invite.

Glad to have you.

What can I say – I was prepping lessons on leading causes of World War II.

Believe me, it could have gone a different way.

Elegance can never be overrated

This phenomenal “research” makes me feel as if I perhaps do not integrate the word “blast” enough into my daily life.

I was thinking that when I get home from work tonight I’m going to get blasted.

I will put a ten-spot on me working Master Blaster into a conversation today. Even higher since I have to give a lecture on silent CTE 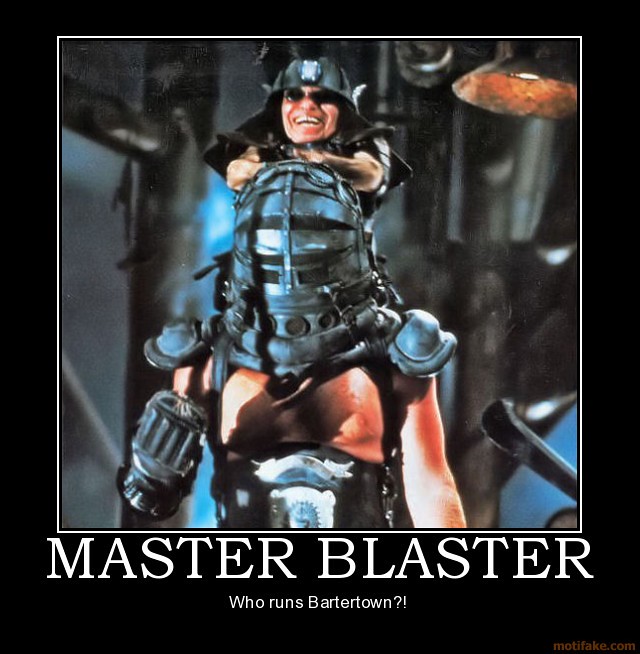