It was mid-July and I got the bug again. Usually I never know when, specifically, it’ll hit but this one is a bit different. There’s only one chance to see friends you’ve made along the way and that’s in Britt, Iowa in the early part of August. I was almost sorry to give this gig up-it was one the best I’d ever had. It might even be better than that stint I had in California, oh, probably about eight years ago. Huh, I guess not. Back then I was a groundskeeper for some rich folks that weren’t around very much but their daughter was and she took a shine to me. She said she was eighteen and that was good enough for me. When she wasn’t with her buddies she would wander over to my little cottage on the far side of the property. That was a hell of a summer…

Still, as I said, this gig is just perfect. I was wandering through Farmington out Deleware way and heard about an old lady that had a small ranch and was looking for help. Miss Edna was a widower and was doing okay funds-wise but needed help with the horses. She couldn’t get around much anymore, riding was out of the question but as she said, “I’ve been around these beautiful creatures my entire life and I’m not going to stop because I’m a bit infirm”.

We worked out a deal-I got a little setup near the barn. A cozy place that was to my liking. The money was okay but I didn’t have anywhere to spend it so my bankroll was better than it had been in some time. Food was there for the taking and I had my own burner as well. I had as much or as little privacy as I wanted. Miss Edna wasn’t nosy except for when I was feeding and watering her ‘precious ones’. She always made it to the porch at the proper times and made sure as well to give me proper instructions. That and Sunday dinner where pretty much my only obligations. She was hurt when I told her I had to meet up with friends-“Are you coming back?”. I replied, “Uh, sure. I’ll just be away for a little bit, maybe get a kid in here for a few weeks”.

I figured it would take at least fourteen days or so to get out to Britt by train and by thumbing it. Rodeo Dave, Hatchet, Stumps, Fat Harry, Fireman-I looked forward to seeing them and so many others. I’d crossed paths with all of them over the fifteen years since I’d left Nancy. It’s not a perfect life but it’s better than working construction day after month after year. I think she figured it out shortly before I did. I’ve no doubt she wouldn’t have been surprised to see the note I’d left the day the itching got too intense to ignore.

There had to be at least 150 of us there at the grounds where the meetup took place. Plenty more observers too. I was hoping I could hook up again with Sidecar Sally. It was sort of a tradition we had going on five years now-a great way to get the weekend started. Thing is, I was told she slipped under the wheels of a cattle car last winter. Ah well, I imagine it didn’t hurt much, would’ve been over with right quick.

This being Friday, the highlight is the bonfire and the fiddle music which gets everyone in a good mood. Me and Pennsylvania Slim were jawing off to the side and I noticed a fella looking at us. There’s all sorts that show up here and seeing a new face was to be expected. Slim called him over and he had some whiskey on hand. He just wanted to be there when the stories started flowing and he brought just the thing to loosen our lips and memories.

Wasn’t long before Slim was telling the old yarn about sleeping with the wife of a switchyard boss back in Chicago in the late ’70’s. It never gets old. As the dark closed in around us I thought Slim’s voice was more slurred than it ought to have been but I wasn’t feeling that great myself. I wasn’t drunk, I was slow. Couldn’t think quick. Gotta get outta here. Gotta take a leak. I opened my eyes. Leaning against a tree. All the sounds. So far away. I heard, “You okay?”. Sharp pain in my side. Piss going everywhere. It took me forever to put my hand on my side. Warm. Sticky. Opened my eyes again. Stars. On my back. Hands on my throat. Strong. No stars anymore. The horses… Nancy…

Wr Amari is listed as questionable but is expected to gut it out and why wouldn’t he? In the ten home games he’s played since the trade he’s gone for 10 six spots. The Vikes lockup secondary has disappeared this year and even Rhodes can be taken for a ride, never mind Hughes and Waynes. Their run D is still exemplary but you’re playing Zeke because you’re no fool.

Weird song choice for some cornpone family band to sing together

Ah, that was a satisfying ending. Love those games that end with Garret Hmm. Yes. Indeed.’ing his way to failure.

and will also lose (but JEEBUS will still love him)

Your mancrush on Dak is showing.

he’s pretty dreamy, u must admit <3

Time to fire up ‘Watchmen’

Just finished firing down Watchmen. I was suddenly struct with the fear that there won’t be a complete story arc in this one season, like True Detective, but instead will decay into a blitthering morass of tripe over several seasons like Lost.

Hold up, “struct” is apparently a word.

If you’re a programmer it’s been burned into your skull forever. 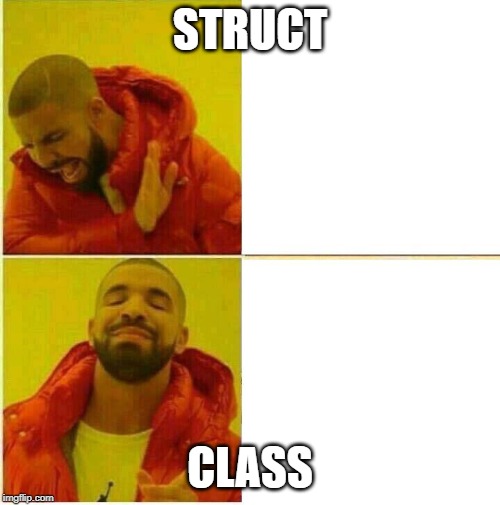 I said it earlier, but it bears repeating…

My only hope is that shit like that last series will get Garrett fired.

Agreed. That was odd.

Finally caught up on Letterkenny yesterday, that is a damn fine series. Anyone know when Season 8 comes out?

Not gonna lie, I’m hoping for a Dallas win to knock Minnesota out of the last wildcard spot.

I am a bad person

Eh. Having Dallas fail in the playoffs does maximize the schadenfreude.

True, but Dallas is more likely to make the playoffs anyways.

I want the purple eaters out of the post season

What, why? Nothing better than watching Cousins against good teams.

Friend of mine who’s from NorCal but is an Eagles fan will be making his very first visit to Philadelphia ever next week to attend the Pats/Eagles game. Here’s hoping that game is similar to this game, with the evil team narrowly losing!

Dallas is too incompetent to be evil. “Nefarious”, maybe.

I think they qualified as evil back in the Jimmy Jones days, now they’re more of a derpy attempt at villainry

I sure thought they were evil back in the 1970s. Fucking Pittsburgh too. Because my team sucked.

the fuck they didn’t flex off of Buster/Bollo next week??

Do they have the option before Thanksgiving?

seems like it should be late enough, but ain’t sure. Poop game, though. POOP I sez!!

So, will be slant, spike, Hail Mary

Not on my watch!

Awwwww, that was so close to being very funny.

they would have gone off tackle 4 with Zeke, lost anyway

Seriously. What the fuck were those last three calls?

really bizarre. I get it ONCE, to burn some clock, see if they’re napping.

Dallas offensive line has been garbage all night

MAYBE STICK WITH THE PASSING GAME WHICH ACTUALLY IS WORKING?

“No”
Dallas, for some reason

But Jerrah paid the runner, not the passer.

“Just giving the slant up.”

I’m going to run for office on the sole issues that you can run over anyone who is walking while only looking at their cell phone, and do so with absolute impunity.

You have me on that point.

Just played some internet chess and, true to form, knew I was in trouble three moves before I was check-mated

you’ll always have teh Fortnite

Yeah, I’ll console myself with that.

I’m pretty sure my phone can beat me at chess now, and that’s a depressing thought.

But I can beat my phone with a chess set, no prob

The lesson is, violence can solve any problem!

The mind is a great self-correcting mechanism. I don’t think I’ve fully processed a sentence Cris spoke all night long.

Yeah, I tune him out no problem

I just woke up from a nap.

Did Collinsworth say that the Vikings TE is the Vikings’ equivalent of the Cowboys TE? My brain’s only about 30% on right now but that 30% all thinks that comment is utterly asinine.

For your own well being, just mute the TV now.

And yes, that’s exactly what he said.

For thems of you that vapes, they figured out that Vitamin E Acetate in bootleg products is the stuff that’s killing peeps

Did “they” figure out if eggs are good or bad for you yet?

Yes, but they’re not telling. Chikkins need jobz too.

I think those are the cows. 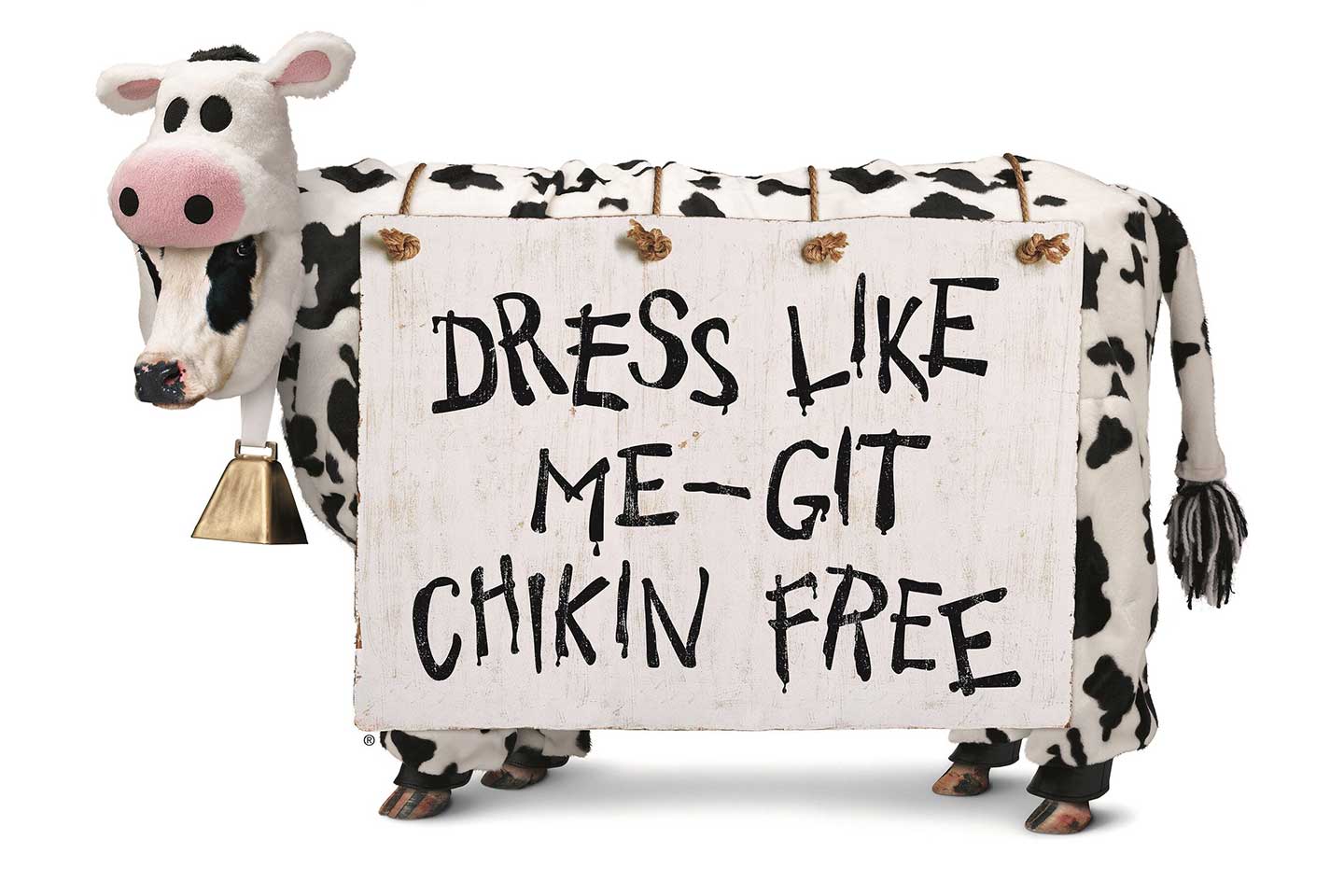 oh yeah. I am really quite sleepy. Also stupid.

Awesome. Time to boil a dozen for this week’s breakfast.

Your average 4-year old could beat me at chess. I doubt I even recall what the pieces do.

The horsey jumps! The Bishops are shifty bastards! The King is slow and lazy!

The Queen is of questionable moral values and will throw herself just anywhere!

I am high, I have Decilitre’s headphones on. I expect Horatio and Spur to be happy in the end.

Win or lose I have to drive an hour and sit through 4 depositions. Happiness will be, at best, fleeting.

Jesus, I hate to agree with Cris, but that was a lot more pass interfery than the first one.

This is not a chess match

play at this level is no ordinary venue

+1 kicks above the waist, sunshine

Although I bet Dak could be good at chess. Not Zeke tho

You missed it earlier; apparently Cooper is the chess player on Dallas.

but who is TEH JOKER??

Grat do you want me to put cheesecake or cheese steak in between you paragraphs this week?

If you could somehow combine them, that would be ideal

will do my best

The food that is. I like my hate the way it is.

Just finished the take-home assignment for interviewing with AirBnB, I forgot how much it sucked interviewing for a new job while you still have an old job. And I’m not even actively looking right now, just responding to interesting recruiters…yech

Can you verify a property for rent actually exists?

Question 2b:
If yes, how much should the rental price be marked up?

If you have FF questions, Hippo, Scotchy, Fronk (mornings only) and the morning crew are very good. I am 5-0 with adjusted. Legit great round table.