Yeah, it’s been a while.  But you remember.  This is one of those weeks where I can’t think of anything else so I choose one (or more) musical artists to feature.  Generally, their musical accolades are debatable…at best.

But not their sexy.  That is unimpeachable.  Kinda like someone else I know.

This week, it’s Nicole Scherzinger , the lead pussycat of The Pussycat Dolls.  The Dolls broke up in 2010 because all the other girls were jealous of Nicole…more or less.  But that’s OK, we still have their “musical legacy” to fall back on and…

Sorry, I can’t even finish that sentence.  Let’s just say that some of their songs didn’t suck as much as most of the others.  Fair enough?  Here’s one now…

You can run but you can’t hide.

Sports Which Will Be Very Forgettable 2Nite

It’s another one of those Fridays when no national NHL games appear in the lower 48.  Check your locals.

/reviews the above sports schedule for the night

//general malaise and disappointment sets in.

Wow, I didn’t realize it was such an honour.  Maybe I can even get a date with her?

OK, one more classic song for youse to enjoy, then I’m out.

Have a nice weekend everyone.

(also, stop throwing things at me)

theeWeeBabySeamus
An unapologetic, even if often manic-depressive (it's a requirement given his choices of sports teams), fan of NC State University, the Baltimore Ravens and the Baltimore Orioles. When not parked in front of the computer and/or TV, can often be found on the golf course shouting obscenities to no one in particular.
Please Login to comment
82
106
0
26

Here’s what’s putting me to bed. Good night, all. You are the finest of humans.

Time to update my resume.

@RTD – Lies, Ghosts, and Animals if you haven’t already used these.

Those are all great, but I think we’ve done all of them, actually! Except instead of animals it was mammals, cause I remember SoS making fun of jjfozz for posting a bird video. It’s hard to keep coming up with topics after this many years.

Light, Law, and Shoes. You could always pull from the Perodic Table of Elements as well.

That’s nice work and those are going on the list.

Can’t decide which Modest Mouse song to go with. Heads up for the Request Line fans, we’ll be doing “insects” this off-season, so jot down your ideas now. Fun fact: the movie “Crime and Punishment in Suburbia” has a great title but is actually a shitty movie with a borderline perfect soundtrack. Someone – I don’t remember who – wrote in the liner notes that they basically wished that the soundtrack was “Lonesome Crowded West”. Okay, I’ve made up my mind.

Except I probably should have gone with this one.

You will see this one again:

It’s a pretty rich topic. It’s gonna be a fun one.

Am I sleepy or just drunk? Does it matter?

If you have to ask, it’s the former.

And yes, it does matter.

I know that I’m gonna pay for this, so I guess I’d better make it worth it.

That was weird. Please forgive the edit; but FUCK YEAH JOHN PRINE.

John Prine vs. Steve Earle: WHO YA GOT?

Let’s lift things up a little.

Name five better songs to bury an alternate universe corpse of yourself to. You can’t!

Oh Snap I should have read the temp of the room (or down a few posts). Didn’t realize we were doing sad songs for RTD. Played this one at my Mom’s “Celebration of Life” a few months ago:

Oh, don’t worry about catering to my particular mood. Shit, I put on a Michael Jackon / Q-tip mix myself not too many songs back. I’m just drinkin’ and rockin’ out, cause ROGER FUCKIN’ STONE IS GOING TO FUCKING JAIL.

I just got home from work aboot an hour ago so I heard that he is guilty on 7/7 counts. What kinda jail time is he likely facing?

Potentially 20 years on the witness tampering will be the maximum. Sentencing is not until February, and the gag order rides until then.

he gonna violate that gag order isn’t he? LoL

He’ll probably get Epsteined within two months, in all honesty.

Their opening song when I saw them play at the Knitting Factory. One of the best shows I have ever seen.

“Fuck if I know. Somebody said Rikki needs sad songs, you know heartbreaking shit. I thought we had a fucking robot!”

Fuck man, you know me. I don’t know if it’s “sad”, so much, but this one somehow hits the right spot. Well done.

I mean if I really wanted to wrap it up I’d toss down “The Commander Thinks Aloud” or “Virtute the Cat Explains Her Departure” and we’d be all done. And I ain’t dropping that Virtute shit with the cat sitting right here in my lap, no fucking way no fucking how.

got your back. Always.

Did someone say beepers?

We have a request from a mr Rikki Tikki Deadly who requested something that will make him cry before he goes to bed.

What the hell, man, you trying to get me to call it an early night?

You’re the one who introduced me to X = X, right?

Thank you for that.

If I don’t break down into tears tonight, I will consider my evening to have been a failure.

I think it would make Jon Ruf happy to know that he made enough of an impression on me that ten years later I still remember his name.

The hard part about rocking out drunk tonight with headphones on is to not sing along loud enough to bother the Dr. Mrs. Deadly, Esquire.

Sorry about the morbidity..
We need music! And drink! And smoke!

I like the taking every Monday of for the last 3 months of the year if I ain’t vacation.

This is the most “need to read” longform post I’ve read in awhile.

It needs to be read.

Save this and read it. Please.

Always nice to be reminded we’re not the best country, just the biggest.

We are such assholes.

Gaze upon this eden in the middle of our life sustaining ecosystem. Now let’s blow it the fuck up so we can murder death kill a bunch of folks elsewhere!

I am so glad I won’t see the end of this but I worry about my 3 granddaughters.

Howevah! Those girls are strong too. Family trait.

Empires always fall. Always. I’m not sure if life in a retired empire is the best of lives, but I sure hope so, cause that’s my future.

Well shit, since we irradiated them, Well Hell, let’s see how much it fucks them up?

I got 15 on Grandma. She looks tough as fuck!

I don’t want to be buried here.

The gardener told me some plants move but I could not believe it. 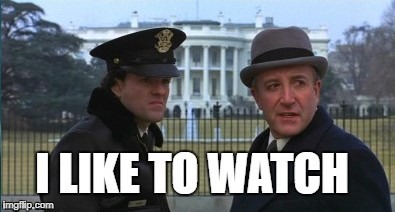 I like the Jungle Brothers versión, this is arguably better.

I’m here to let yall know, Rudolph deserves to be suspended as long or longer than Garrett. He kicked the man in the nuts.

I am not here to argue that point.
But lost dollars will be the league response.

Hey! Good to hear from you. You have been missed.

My MIL singing “Dontcha” in her accent makes that song hilarious to me. She never gets the words quite right. Her version of Candy Shop is my favorite.

He’s also still supporting the goddamn F-35. But he’s still the best thing I can find until someone better comes along.

At least he’s not Pete Buttigieg, whose actions today in South Carolina have shown more contempt for African Americans than Trump shows (because at least Trump doesn’t pretend to care). I know and have known cynical CV-padded social climbing dickheads like him my entire life. I was one for the first 25 years of my life even when I thought I was different. I read left but still weaseled when asked or told to weasel. And then that broke me for four or five years. So I see a guy who became a navy reserve officer to put military service on his resume and a guy who wrote the most cliche-filled, disingenuous essay praising Bernie Sanders’ principles in 2000, and I see who I was. I see people I know who are way more successful than me. People who are elected officials now. People who will be judges and community leaders. And I hate them like I hate Mayor Pete. Because I know they don’t care about anyone but themselves.

I want people who dream big and people who will ask others to sacrifice and work because pretending that democracy and progress are things we can just pawn off to some politicians every few years while we wipe our hands clean is the worst kind of deceit. I want people who start negotiations like everyone else does by asking for more than you want so that you get what you need. Otherwise it’s just losing with more steps, especially since “pragmatism” and “realism” somehow only ever means compromising with those who will do nothing or regress backwards. That seems a little fast for a zoom shot. But it could be relative to the frame.