NFL Office just overturned a non Pass Interference call on Richard Sherman. After all the calls they’ve let stand today how can this one get reversed? I know I’m on a soap box but this is not fair to anyone.

Mr.Kraft I apologize sincerely to you and your organization! All I wanted to be was an asset to the organization; sorry for the bad media and the drama ! Thank you sincerely AB pic.twitter.com/oWJCwkrpjk

Tomorrow, instead of selfishly sleeping, I might try & finish my Boots stories that have been festering for weeks. Or I’ll continue the march to the bathroom. It’s 50/50 at this point. Enjoy your evening.

Beerguyrob
A Canadian man-child of indeterminate age, he stays young by selling alcohol at sporting events and yelling at the patrons he serves. Their rage nourishes his soul, and their tips pay for his numerous trips to various sporting events.
Please Login to comment
24
57
0
21

A Hollywood exec suggested Julia Roberts as the lead in “Tubman”

The money quote: “When someone pointed out that Julia Roberts couldn’t be Harriet, the executive responded, ‘It was so long ago. No one is going to know the difference.’”

Is it possible this studio exec was Trump? Thanks to that bloated gasbag, I’m ready to believe anything about anyone.

What’s real is when Sony head Jon Peters visited the set of “Rain Man” which starred both Dustin Hoffman and Tom Cruise and Peters asked “which one is the retard?”

Now THAT I believe.

Tell me about it. November 19th is wifey and I’s anniversary. It’s also the anniversary of my brother-in-law’s death, ten years to the day. November 23, 2003 was when wifey’s dad was killed in a motorcycle accident. I get nervous this time of year.

I can’t think of anything even a little untasteless, so Happy Anniversary.

Sorry about your losses, congrats on the anniversary

If it helps, my hairdresser is of Middle Eastern (Lebanese) descent, and her anniversary is…9/11. So it could get MOAR awkward!

Man, it’s gonna be really interesting to watch the Republicans go all “Science Officer Ashe” over then next couple weeks as this shit continues to go south on them. (FF to about 1:45).

They haven’t been at it since the Reagan Administration? 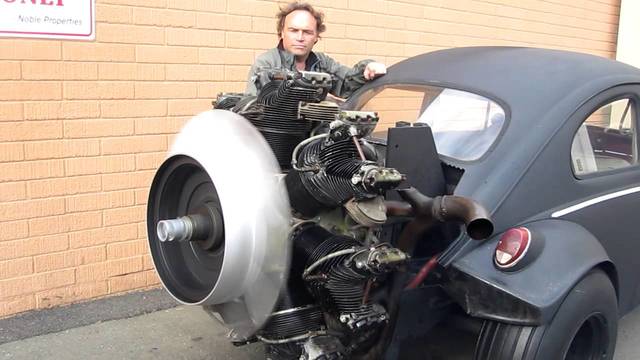 He’s really messed up the weight distribution on the beetle.

It wasn’t great to begin with, but now I doubt that car can turn.

I read that he keeps bags of cement in the front trunk. It is driven by a 4’ propeller and he was planning to run it at Bonneville so I doubt he cares about turning. (It’s practically an art car) Interestingly, the engine is off a 1941 M-2 tank, not an airplane.

That super slow motion is mesmerizing…

Why do you read that crap?

kellybellyboom: Let your troubles bounce away??

For all the LA folk,

I had one of the best burgers I ever had in my life today. In front of the projects, Hawkins is truly amazeballs. I got the Whipper.

No, I’m not having dinner tonight… 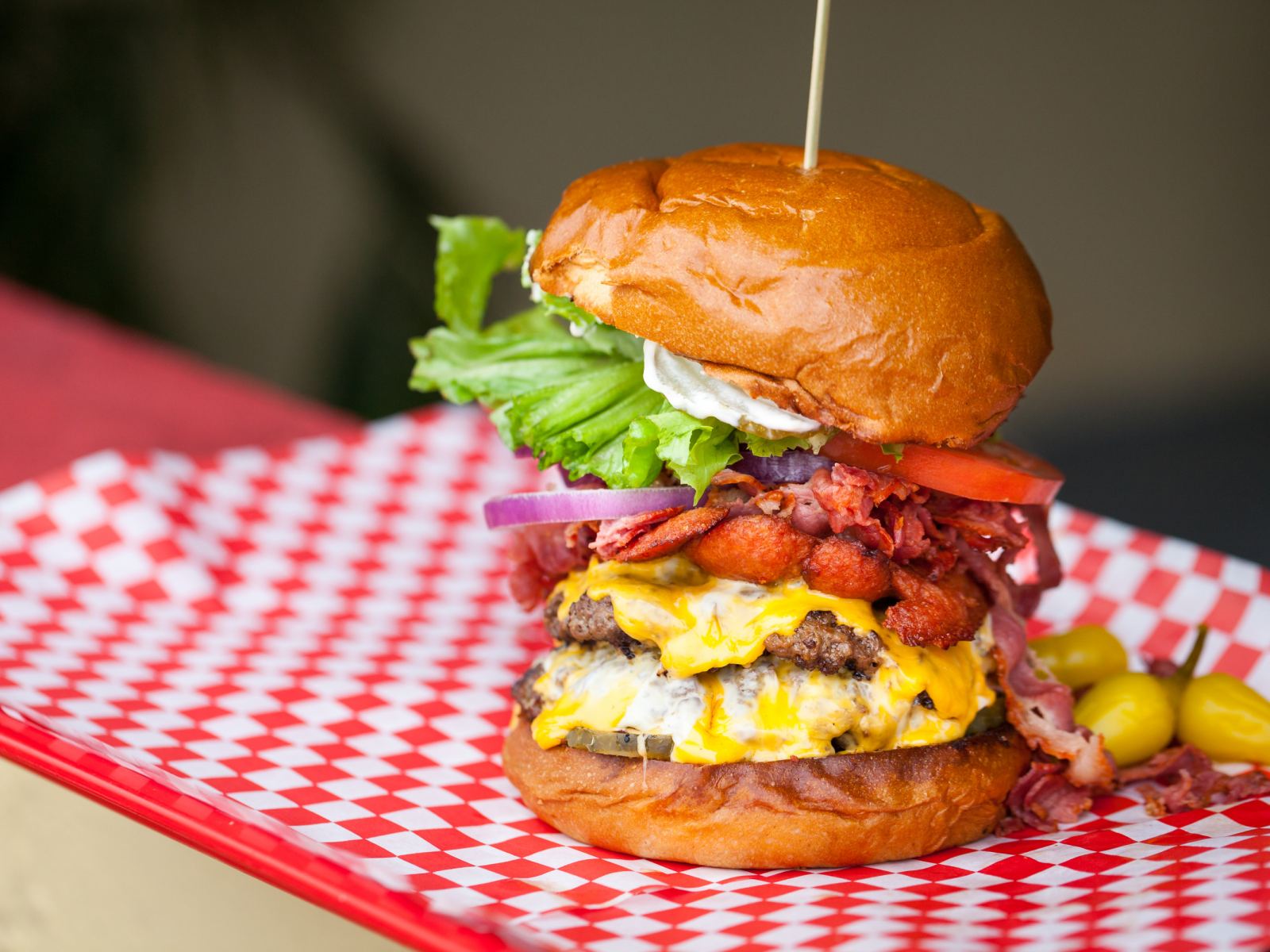 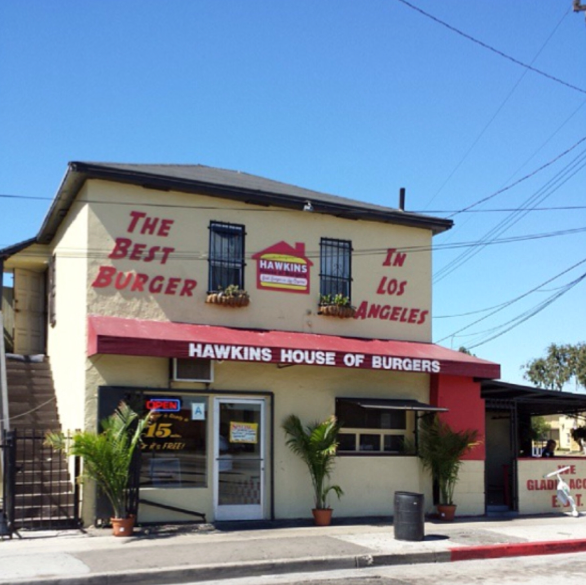 Jeebus. I’d go back there for dinner.

And, apparently, breakfast too.

I’m going to build a house next door.

And I’ll open a pharmacy specializing in nitroglycerin, insulin, cholesterol and high blood pressure meds next to your new home.

A girl in line told us she goes there for the waffles. Apparently, they’re even better than the burgers.

Probably a good idea. It was around 2 and the pharmacy had just opened up in the front seat of the car parked next to us…

Our guys in the mail room are on it. They go their frequently and the mailroom manager grabs a tray of their chicken wings every time we have a potluck.

Tylenol for illness? How are you supposed to get addicted to opioids if they won’t allow you to #HIPPOUP even once?

this blax gets it!!

Tampa/St. Louis is a real Donnybrook.

I felt very good coming out of therapy 100 minutes ago …

Another day, another chance for me to say Motherfuck the NFL forever.

So, I got Vlad the Impala electrically wired without any blown fuses or melted wires, refilled the cooling system, and fired it up for the first time since April. Much smoke initially as the spilled hydraulic fluid and power steering fluid and other various and sundry fluids burned off the exhaust, but started easily and ran smoothly (weird, since I haven’t really done anything to the engine as of yet).
Unfortunately, the car would not move when put in gear. I guess (hope) that I adjusted the parking brake shoes too tight, that’s a tomorrow project. Very optimistic though. 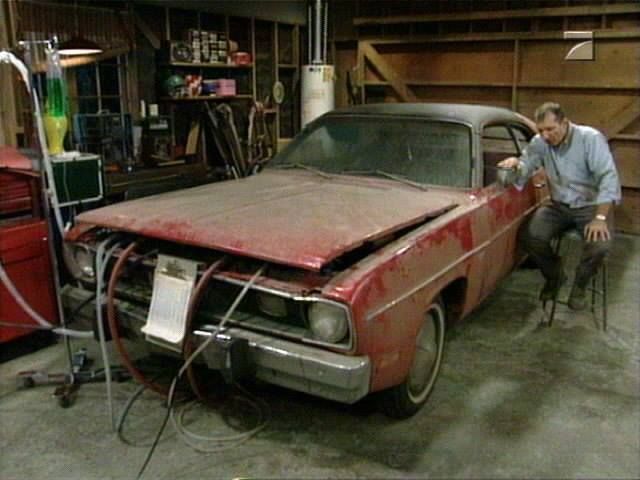 If my car were a Mopar like Bundy’s instead of a Chevrolet, it would most likely be a large pile of iron oxide.

There is no shame in not being familiar with the mysterious workings of automobiles. Shit, you need an EE degree to work on anything built in the last 25 years.
Working on the old sleds is going to become a lost art as us old petrol head boomers go extinct.
My 40-something-year-old next door neighbor gets called over on occasion when I need a third hand or third foot or just plain feel better having someone present to call 911 if the car falls on me. Now this is a guy who investigated plane crashes during a 20+ year career in the USAF, his first question when I started dismantling the car was “How the fuck do you know how to do all this shit?”
I never really thought about it. I’ve heard the term “mechanically inclined.” Me and my dad built my first car, a Meyers-Manx dune buggy, out of a bunch of spare VW parts when I was 14-15 years old. I was a machine tool operator in the Navy (lathes, mills, drill presses, surface grinders, etc.). Both my grand-dads were tool and die makers of such talent that they were prohibited from enlisting in the fight against Hitler/Musso/Tojo and instead spent the war in machine shops in various locations in Massachusetts in support of the war effort. So maybe it’s genetic as well.
I never disparage/mock someone for lack of mechanical knowledge. It’s very much a manifestation of your upbringing/environment.
Also, I cheat. I buy and use the manuals. Currently (among others): 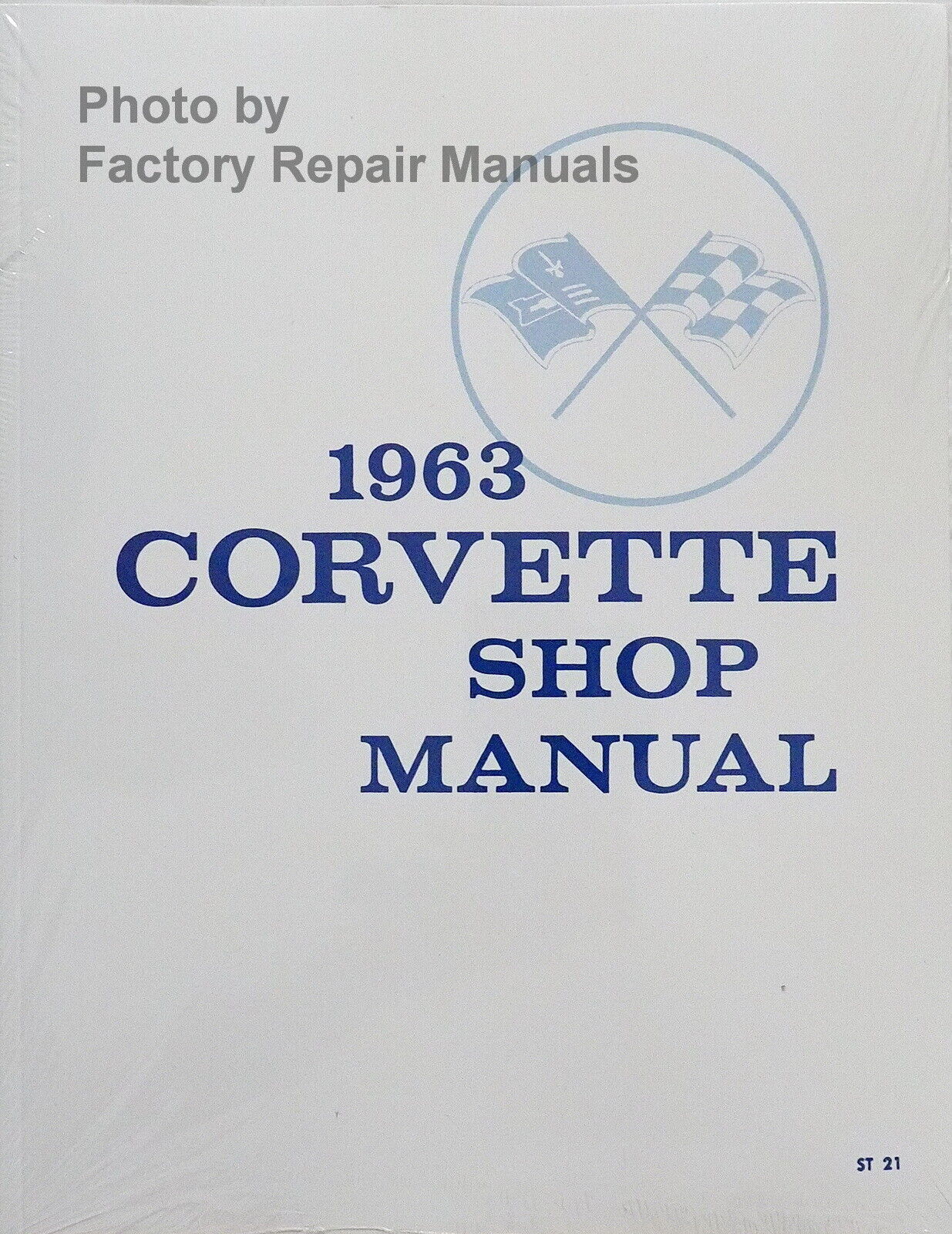 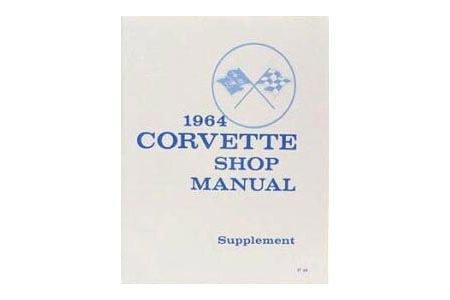 This was interesting. I am terribly not mechanically inclined and enjoyed reading this.

Was it the carburetor? That’s what Padre Weaselo always says!

Wow I didn’t even see this when I posted the Beetle above. It’s engine night!

I was at this game. The Sens were such a pile of garbage for so many years and were trying to sneak into the playoffs but needed to get a win vs. eventual Hart Trophy-winning Hasek and the first place Sabres in the last game of the year. I had no voice for three days. My girlie and I just couldn’t believe the Sens scored against him.

What, no NFL game tonight? What kind of fucking weeknight is that, anyway?

Nothing funny about an own goal, Scotchy.

If you took the best players from Ottawa and Detroit and combined them, you’d have a pretty good AHL team.

A Sens/Wings game is the equivalent of two thirty-something brothers fighting for the top bunk in the basement of their parent’s house.

1) Headline image is timely. I am waiting for a kidney stone to pass (first time!) and I’m thisclose to telling my wife she doesn’t understand pain. However, in the interest of keeping my balls, I will ultimately refrain.
1b) I do not recommend getting kidney stones. It is a bad time.
2) Mark Walton is hashtagUpForAnything except hearing that a girl he fucked impregnated herself.
3) Much as I’d love to party with Gronk, this sounds like a black hole of douchebaggery such that the universe may implode into itself and leave nothing but a faint smell of vinegar.
1c) Drink water so as to not get kidney stones.

Well that’s easy, I’ll just double up my moderate consumption and get TWICE the benefit!

The ER nurse (on my 2nd kidney stone hopsital visit) told me she had 4 kids and 1 kidney stone, and she’d take “kid” any day of the week.

My dad passed a kidney stone when I was 7 years old. Watching the central hero of my life at the time crying out in pain was a traumatic experience, and his proclivity for them has thus far not passed on down to me.
Drink water, indeed, but not hard water. And stay away from dairy. Anything with a lot of calcium increases the odds against you, if you tend that way

Love the “I think Richard Sherman’s totally legal drugs may have been spiked (again)” tag.

Stupid league and their rules

If Gronk truly wants his beach fiesta to qualify as “over the top” then it damn well better have an armwrestling competition.

I AM MIKE HAWK!

Starting to think this Jim Jordan fellow is just a political puppet, but I can’t tell for which party.

Now you’ve got me thinking of doing a version of the impeachment hearings where everything is exactly the same except Jim Jordan is swapped out with an actual puppet. Ah crap, someone’s already got that covered. 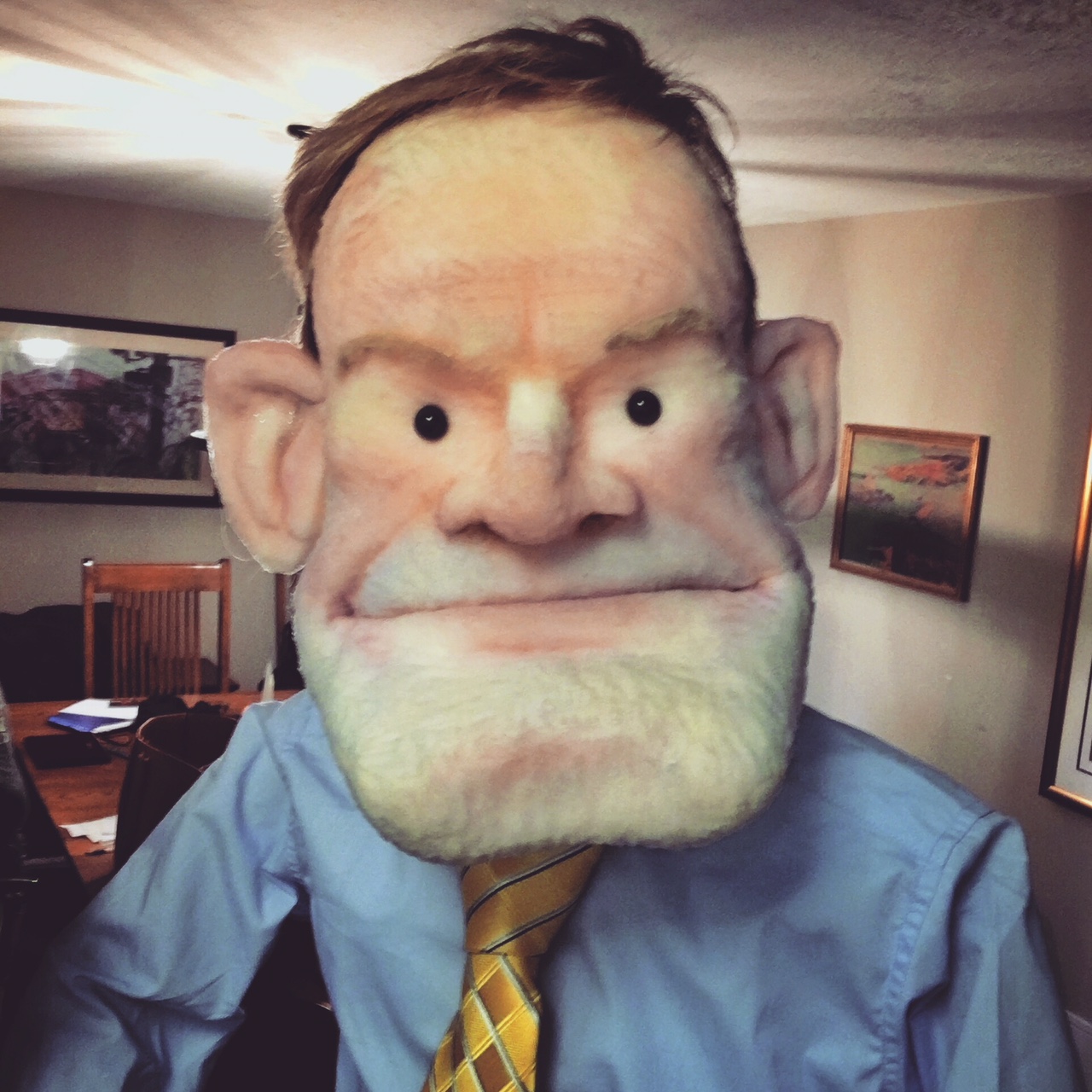 Speaking of people carrying water for assholes who willfully ignored or concealed sexual abuse, Malcolm Gladwell can eat shit in Hell forever. At the same trough JoePa is already feasting from.