I like to stay away from the super deep thoughts.  Because deep down, comedian Doug Stanhope has it right – the key to life is to not give a shit:

When you care, you get fucked over.  Especially in sportsball.  But we can’t help it.

Lucky #13 held true for some of the NFL’s lowest dreck.  We have to start with the Miami LOLfins, who continue to try their asses off (do dolphins even HAVE asses??) every week – and managed an unlikely 3rd win over Philly.  You no doubt have seen this play many times, in which PK Jason Sanders became the first kicker to catch an NFL touchdown pass since 1977:

Despite this herculean effort (and a failed onside kick), MIA trailed 28-14.  But there was still some BloodSugarFitzMagic left, three TDs and a long FG’s worth.  37-28, and the fish just held on after a late FG and VERY close to completed Hail Mary from midfield.  Still, Brian Flores has more than earned his keep this season, playing with basically an expansion team roster.  Just entertain the peoples.  The Iggles, naturally, are completely alive and kicking in the NFC Least, at 5-7.

Also overcoming a 14-point deficit (here on the road, even) to get to 3-9?  The Redacteds, of course.  29 points in a row, on the back of about 250 combined rushing yards.  Just shameful play by the Panthers.  Yet there was late life, after replay overturned a dagger INT.  Kyle Allen scrambled in for 6, followed by a successful onside kick.  Charlotte had it first and goal from the 1, plenty of time to run 4x if they so chose.  But they couldn’t manage said 1 yard, against a WAS defense without Ryan Kerrigan.  Just an absolute shambles, and Riverboat Ron is drawing ded.

Both MIA and WAS winning is one thing, but add Cincinnati to the mix?  Bananacakes extraordinnaire, but seeing is believing.  Red Rocket’s return seemed to fuel the entire squadron, as the Jest had their teeth thoroughly kicked in.  22-6 was your final, and the outcome was never really in doubt.  Brief period of cromulence for Gang Green over, no Matt Millen Era Cuck Liouns “accomplishment” level for the Bungles.

Oh yeah, in addition to the hilarity of the downtrodden, there was the matchup of the two best sides in the league.  I hate to be cliche, but this was a classic, 12-round, heavyweight fight in rain-soaked Baltimore.  Almost all of the offense came early, before the two elite defenses sorted their foes out.  And the Tomsulas very much held Lamar! in check, through the air and on the ground (also stopping them multiple times on 4th down, which has been the key to the Ratbirds’ crushing time of possession advantage).  Raheem Mostert went nuts, 146 yards and a score.  But late Q4 provided 4th down stops just outside of FG range, one each way.  Crucially, Santa Clara attempted a pass on 4th and 1, but BAL didn’t bite on the play fake, and batted it down.  Lamar then GOT the one 4th down conversion he absolutely had to have, leading to a game-winning 49 yard FG on the very last play.  20-17, Ratbirds.  Hopefully a Superb Owl preview.  But now Baby Shanny’s bunch is in the awkward position of likely needing to win in Seattle – just to avvoid the wild card round.  Tough neighbourhood, the non-East NFC.

We also had glorious SNOW in the Meadowlands, though only Green Bay brought their A-game to match the weather.  Danny Butterfingers was at it again, and A.A. Ron (mostly to Davante Adams) made the Giants pay.  31-13, as Big Blue falls to 2-10.  They really need some OL help, but there is almost zero chance Dave Gettleman passes up a “hog molly” like Chase Young.

No real fireworks in the re-match/potential race war between the Yinzers and #ThePauls.  Baker and pals ran out to a 10-nil lead, before Duck could get his feet wet (sorry).  But finally PIT hit a few big plays, but none bigger than the accidental shot (on the QB’s follow-through) Baker took to his throwing hand right before the half.  Rather than turn things over to backup Gilbert Gottfried (h/t to Redshirt for reminding me of this):

Baker tried to play through it.  The results were predictably meh.  20-13 Steelers, still in playoff position and doing it with mirrors.

At one point yesterday, Tennessee was in real trouble.  They just kept dodging the knockut blow, until DonT folk hero el Tractorcito finally broke his inevitable big TD run.  Afterwards, with the score tied, Indy unwisely tried a 3rd FG in the 50+ yard range.  Unlike the first two misses, #3 got blocked and taken back to the house.  Special teams is killing the Humps, faster than even teh diabetes.  Tanny Fanny added a late kill shot, 31-17 Tennessee.  This was absolutely Peak Tits FITBAW.  Nobody wants to play these guys right now.

“Wha happen to my Big Dick” Nick was absolutely awful today, turning the ball over left and right in his best Jameis impersonation (but without the petty theft or the raping).  He got benched down 0-25 at the half, but Minshew Magic could only muster 11 points.  Team MRSA, as unpredictable as ever, get the 28-11 road win (and I guess, bragging rights throughout the shittiest parts of Florida).

Our late window provided us with merely one competitive ballgame, one that made your author feel a fleeting amount of joy (I mean, JEEBUS, after NC State and Everton in quick succession).  Rookie QB Drew Lock surprised me with a really nice first quarter, complete with a pair of TD strikes to Courtland Sutton.  Anthony Lynn’s defense adjusted and mostly shut him down after that, but the kid showed good mobility in the pocket, decent awareness of his surroundings, and generally made solid decisions…until a bad Q4 pickerception set up Clippers du Merde to possibly take the lead.  But the Donks’ defense held, Badgley missed his 55-yard attempt, setting up a short field that led to McManus hitting from 52.  With the 20-17 lead, Denver forced ex-SD to a 4th and 1, which became 4th and 11 after two false starts (the 2nd causing a delightful Laserface hissy fit).  BUT OF COURSE Mike Williams made a brilliant catch deep down the sideline, and it was 20-20 with just 9 seconds to play.  Denver had it on its own 27 or so, and everyone expected a kneeldown.  But Don Fangio had Lock take a deep shot to Sutton, who shrewdly (especially for a 2nd year pro) drew a killer PI BLEERGH.  It was hilarious.  McManus resisted the icing attempt, and won the game from 53 yards out.  That’ll be the end of your season, Spanoi.

In classic “too little, too late” fashion, RRRRRRRRRRRRRRRRAM IT!! kicked the absolute tar shit out of the Qardinals, 34-7.  Only garbage time ruined the home team putting up a goose egg.  Kyler Murray just might be regressing a bit, or just hitting the rookie wall.

While the Raiders may have hoped that last week’s obliteration in Joisey was an outlier…it was not to be.  Kansas City lost another RB to injury, and Mahomes was less than his usual electric self.  None of it mattered, with a late extra point block safety putting the final touches on a 40-9 thrashing.  Josh Jacobs ran well, especially early.  But turnovers and stupid plays killed pre-Vegas.  The Chefs are now your almost-certain AFC West champions.  New England will still murder them next week.

Speaking of those pesky P*ts, they descended upon our intrepid 500s for the Sunday Night affair.  Christ, we watched a whole lot of football these last 4 days, eh?  I think that most folk would agree that, at this POINT IN TIME, TheShaun Watson >> Dreamboat.  But on the other end, I think 99.999999% of folk would agree that, now and forever and ever amen, Grumblelord >>>>>>>>>>>>>> Buttchinski.  So, I wasn’t surprised to see TheShaun find some first half traction…but I was surprised to see the Buddy Cop Movie tandem of Buttchinski and Crennel drink Grumbelord and McDaniels’ collective milkshake.  Let’s just disregard the second half, shall we?  I mean, the 4th quarter plus 11 seconds.  Wait, WHAT??  Turns out the whole thing was just super (except the predictable prevent defensing heebee jeeebees inside of 2:00).  Ratbirds now are your 1 seed in the AFC.

Kyler Murray hasn’t faced many good defenses. He’s got the Browns and Steelers to perform against and then there is an entire offseason for coordinators to study film on him.

Qards Talk had to be amazeballs yesterday!

When you walk around, it’s always a good idea to carry two sacks of something with you. That way, when someone asks you “Can you give me a hand?”, you can say “Sorry, I got these sacks”.

I always did like to quote this Jack Handey bit:

If you ever fall off the Empire State Building, remember to go limp and someone will catch you. Because HEY, free dummy…

Short version of my favorite Jack Handey:
Dad, why is God crying?
Probably because of something you did.

Off topic: saw “The Irishman”. I liked Pesci A LOT and Pacino is very, very enjoyable. The rest is kinda blah, for me. I dunno; for a story that long, there’s very little tension.

I keep putting it off, but I get bored over the holidays and will no doubt get around to it.

Speaking of holidays, did the rapture happen and all of the ppls get zapped to heaven? Ain’t nobody around today, though I guess “Monday after Thanksgiving weekend” is pretty dire.

BOLTMAN was not given enough turkey legs and now the entirety of the Baja peninsula is being referred to as Area ZZ.

Did the Steam sale and have been playing my new games and ignoring the work emails because, fuck ’em,

I saw Chinatown, The Two Jakes, and Star Wars Episode 8.

For a child molester, Polanski directs a pretty good movie.

You’d think having Mahomes, Watkins, and the Kansas City defense in a week when they won 40-9 would be enough get me a win, or at least make things close. You’d be wrong, though, you stupid idiot.

Look for a better outcome this week when we get a preview of the AFC Champ game. 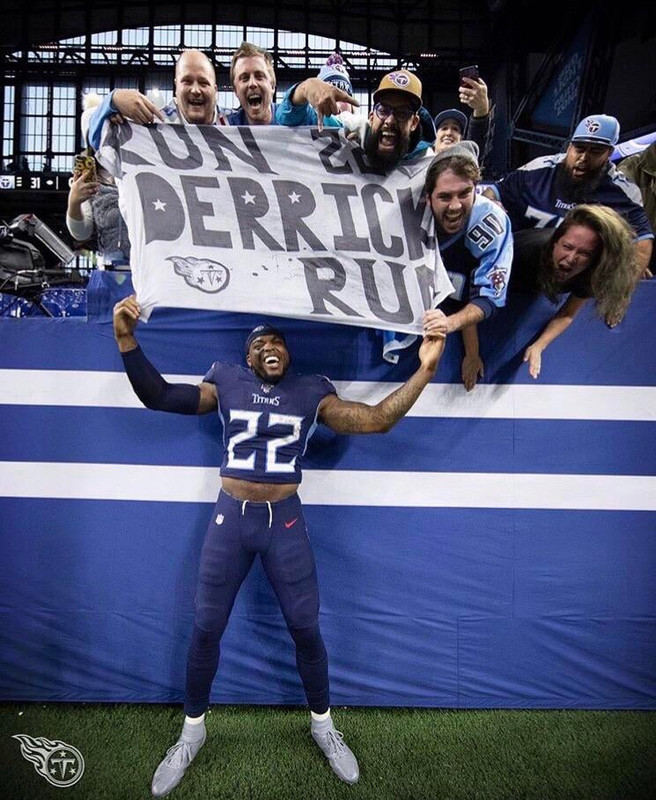 I feel like that would have worked better when the team was the Oilers.

On the bright side, the #5, 6, 7, and 8 seeds in the Liga MX playoffs advanced to the semifinals. First time ever!

This is just superb.