As some of you already know, I have been growing hot peppers for the past several years.  Some of you have “benefited” from my harvest.  This year alone I’ve mailed out over 10 lbs of hot peppers (as well as some seeds).  I still have about 3 lbs ripening and they’re almost ready to go.  ‘Twas a good growing season.

Having said that however, I don’t eat that shit.  Those of you who do are insane.  I enjoy growing things in general and have gotten pretty good at the cultivation of the peppers.  It’s fun for me.  It’s a distraction from real life I guess.  But I try to be very careful about it.  When you top over a million scovilles, don’t fuck around.

As an aside, unfortunately, my abilities at growing weed is not nearly as good.

But regarding the peppers specifically…you couldn’t pay me enough to eat one of those things.  And here’s why…

When the cold weather started to set in I knew it was time to pull this year’s vines and get rid of them.  The guy who does our landscaping/yard maintenance is a funny guy.  He’s one of the few human beings in the world who actually likes me.  Well, at least he used to.

But a couple of weeks ago, before I had pulled the vines, they were drooping onto the ground.  And when he went by on his lawn tractor and unknowingly hit one of the vines, apparently he got hit in the face by a buttload of capsaicin as the mower blades more or less aerosolized it.

But yesterday was the funniest part.

I had finally gone ahead and pulled the vines out as soon as Robbie (not his real name) had his lawnmower man run in with my vines (phrasing).  But I left the vines sitting aside to dry out so they could be disposed of safely.

Well, yesterday I guess a squirrel got hungry….and well, you can probably see where this is going.

I’ve never seen a squirrel run so fast while being terribly disoriented, and probably a little pissed off too, in my life.

And yes, I laughed.

(now if I could just get weed to grow)

theeWeeBabySeamus
An unapologetic, even if often manic-depressive (it's a requirement given his choices of sports teams), fan of NC State University, the Baltimore Ravens and the Baltimore Orioles. When not parked in front of the computer and/or TV, can often be found on the golf course shouting obscenities to no one in particular.
Please Login to comment
8
7
0
9

The title of this post was also what Left Eye Lopes muttered when she saw Andre Rison stepping out.

A piece of advice. Never try to keep up with a human weasel at a hot sauce exposition. I lost all feeling in my tongue, discovered I am lactose intolerant, and shat/farted molten lava for days.

When my son was a teenager, he was, to put it bluntly, a total jackass, and after trying everything else to save him from himself, we sent him to live for a year in one of those outward bound type programs. One of the kids he was there with got some kind of infernopepper hot sauce, and being teenage jackasses, they all had to try it. Much weeping and wailing ensued, and one of the idiots/poor babies made the colossal mistake of touching his pee hole with traces of the sauce still on his hand. NEVER do that! This has been a public service announcement.

I’ve done that with Blue Star Ointment. That was… not fun.

I can personally testify to the efficacy of said peppers. While the salsa I made was tasty, it was fucking brutal. I still have yet to try my ghost pepper infused cooking oil out of self preservation.

If you could do me a personal favor and smear some on the handle to the men’s room door at the next Federalist Society event that happens in your vicinity, that would be great.

Meanwhile, here I am with a literal pound of bud and I can’t even get my jalapeno seeds to germinate.

I prefer to have your problem, in backwards ass NC, I can get killer peppers at the store, but not any weed. 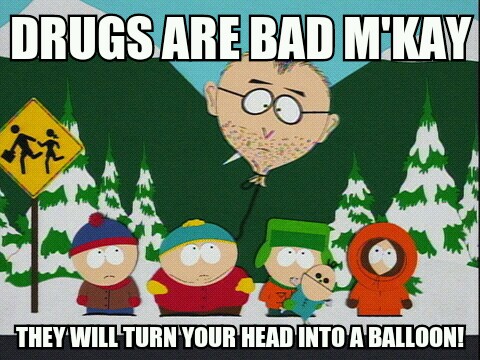