The miles sure have piled up these last few days. Like that old saying goes, I just had to get out of Dodge. A close approximation of my face was plastered everywhere and it was just a matter of time. So I paid two extra months of rent up front so that my absence wouldn’t be noticed, packed up and jumped in the car. I drove and drove, through Sudbury, through North Bay, through Toronto, towards Montreal. It was there that I ditched the car and bought an old beater for cash. I thought I could stay there for a while but I’m not good with the language and didn’t figure I needed to stand out in any way.

So I doubled back to The Big Smoke. The irony of having to live in a car these past few weeks has not been lost on me. Hell, sometimes it makes me chuckle a bit. But most times it just gets me to thinking, ‘how can I take advantage of this circumstance?’

I started cruising parking lots-grocery stores, large office buildings, arenas-anywhere someone in a similar position as myself would want to park for as long as they could before getting hassled by security or city staff or the cops. I remembered reading about communities of RV’ers hanging out in Walmart lots but after looking around it seemed as though that was a summer thing.

As a last resort I started looking at the beaches that run off the Gardiner Expressway. Sunnyside was no good and Hanlan’s Point didn’t have much of a parking lot but Cherry Beach was just what the doctor ordered. A memory came back to me… There was a song by the title of ‘Cherry Beach Express’-I can’t remember the band that sang it but I remember it was about how local law enforcement officials would take all kinds of folks down there and beat the living shit out of them. If you were on that ‘ride’, you were coming out the other side with some serious injuries. It was just common knowledge back in the day.

Today I see two beat-up vans and an old Ford Taurus. A recent snowfall tells me that they’ve been here for a few days. It’s time to park/hunker down.

I went through the routine-getting out and peeing in the nearby woods, taking walks during the day, carrying groceries back to the car, briefly nodding at the others that were living out of their vehicle if they happened to see me.

Dolph was the first guy to talk to me and unfortunately for him his course was set. One day I said I found a coupon for a large pepperoni pizza and did he want to share? We both knew the answer.

-So Dolph, your parents Swedish? Is that why you got the name?

-Nah, they’re… Well, not sure what they are-just never came up. They just loved Dolph Lungren, he’s an actor. Ever heard of him?

-Yeah sure, they were huge fans of Rocky IV, of course. “I will destroy you” and all that.

-Nope. Well, I’m sure they saw it but they fucking loved Universal Soldier.

I nearly choked on my slice.

-Are you fucking kidding me?! I can’t… I… Seriously?

He was laughing in a sheepish way and looked up at me.

-I learned later on that some of the bedtime stories they told me were lifted from the movie.

-You are killing me!

-You must be an extra in the movie then.

I could have sworn that the van was shaking with our laughter. I bent over, hands on my knees, just like Dolph. I gathered myself. It was time. A few seconds passed. It was still time. I threw a left cross at him that hit him flush in the jaw. His head twisted round and I knew he was out. Like so many times before-and hopefully many times in the future-my knife found paydirt just below his Adam’s Apple.

Thanks for the belly laugh, Dolph. It’s been quite some time since I laughed that hard.

We fantasy goobers talk about fading guys all the time but qb Goff has been fading wr Kupp in favor of Woods recently. Kupp’s targets are 10 less than Woods’ these last four weeks. Interestingly, Woods is one of only 3 players that has been thrown to 13 times in three games this season. When that happens he averages 135 ypg. Qb Wilson started out with a gaudy 22/1 TD/Int. ratio but his last three games have gone 4/3. You get the feeling he’ll turn it around but this might not be the spot.

Do that thing where you type a whole bunch.

Got my work done, kids are at my parents’, and wifey is working a 24. Pizza is ordered, and let’s watch some It: Chapter 2.

I apparently have to look up the Kama Sutra in order to find positions that my phone will charge in. SOMEONE YELL AT ME TO ACTUALLY A NEW LAPTOP SO I CAN GET A NEW PHONE.

Or Miss Universe somewhere else.

Oh dear lord I thought I was miffed by the Cornhole Championships earlier.

As a Niners fan, this makes me turgid!

Well, you ain’t got Flacco to kick around no mo’.

Also, substantially few recognized stabbers on the field this go

Hardly! I watch every game hoping someone will go The Last Boy Scout out there!

Well you of course know if the power goes out again, Niners are screwed.

I was looking at ticket prices for a Niners home playoff game and they’re actually not awful. However, I’ve somehow scheduled myself for sailing lessons and Scuba diving those respective weekends. Might look at second home playoff tickets

Scuba diving in January? Did you move to Oahu?

No one is talking enough about how good Dolemite Is My Name is. It’s the only thing I’ve watched on Netflix that wasn’t the Great British Bake Off since June.

I haven’t had Netflix in years, don’t miss it

It was solid top to bottom. Craig Robinson achieves full form in that movie.

I loved it. Never thought they would make a movie about him. Turns out to be a fantastic idea.

Oh me, Oh my. My birthday was a week ago, but I’ll take two P*ts losses in a row anytime.

Congratulations on another rotation on the spirograph of the solar system

Mine was three days ago. I am equally as satisfied.

So many December birthdays! Y’all’s parents sure liked boning in March!

I’ll ask Mom about that later and have her give you a call.

I’m pretty sure I was conceived on Valentine’s Day.

Mine would have been had I not been an emergency breach and 5 weeks premature!

If the dude in Citizen Kane died entirely alone, how did anyone know his last word was ‘Rosebud’?

Meh, he probably had a dude that followed him around recording his every moment, like I am sure Orange Boy has going on. THAT won’t be embarrassing. Though Moose’s Snapchat answer dominates.

Dutch Chem Engr I know, who just retired after years at Dow and GE, tells me those translations of the Just OK Dutch business interpreter are accurate. Nice to see that the US’s stupidity is accurate.

Did missionaries actively teach people to use missionary position? How did that work exactly?

Not sport, but this guy’s name came up at some point during some trip down a wikihole, and I bought the biography of him off of Naval Institute Press, and while I haven’t got very far into the book, he seems like a REALLY INTERESTING MOTHERFUCKER.

Dude, you gotta cheat and put in a ‘starter rip’. Same principle as tearing off someone’s underwear

OK, I might have some questions about the ripping off of underwear.
We’ll talk later.

Don’t worry; it also works great with how old your tighty-whities are. 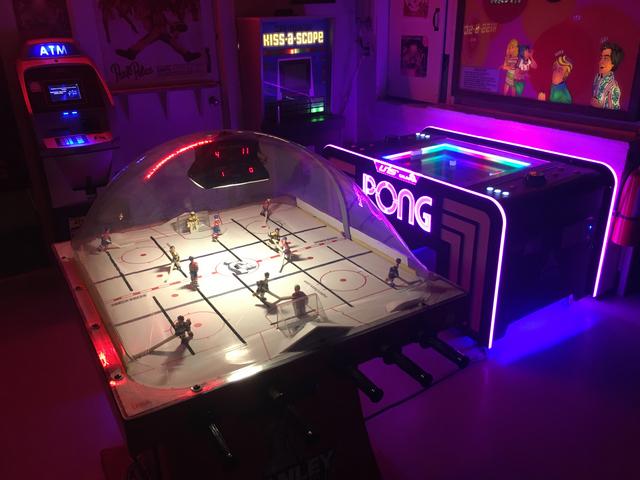 How much does it cost to play Pong?

1 Looney per person, according to Ruby the very nice bartender.

This is Ruby, and that’s the original sign from the Gottlieb pinball factory in Chicago. 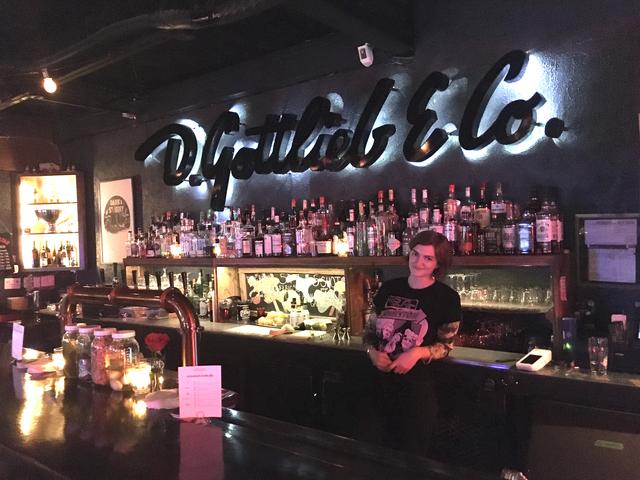 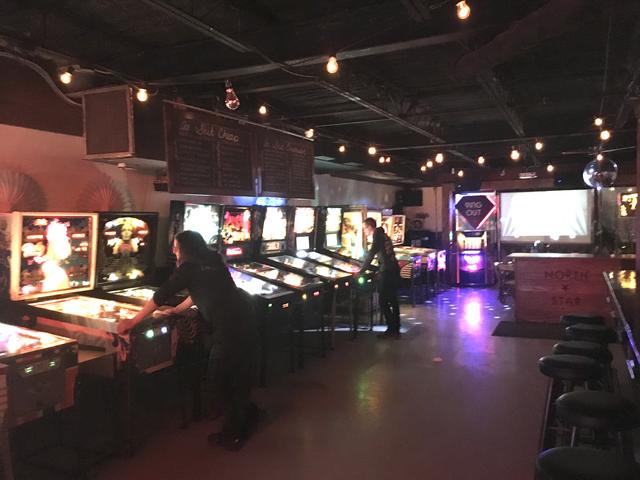 LOL. I hope we can find a seat.

That’s just because it’s like 3 AM all the way up there in Canada; time zones ya know.

There’s a horrible sports bar packed with morons downstairs. This is a slice of heaven that you’d be hard pressed to find even if you walked past it. 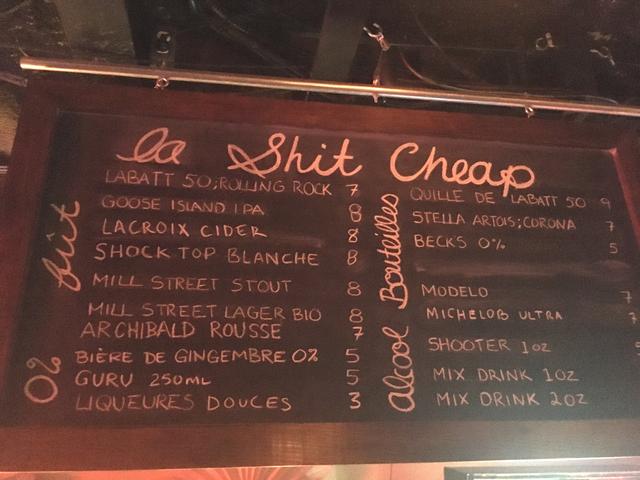 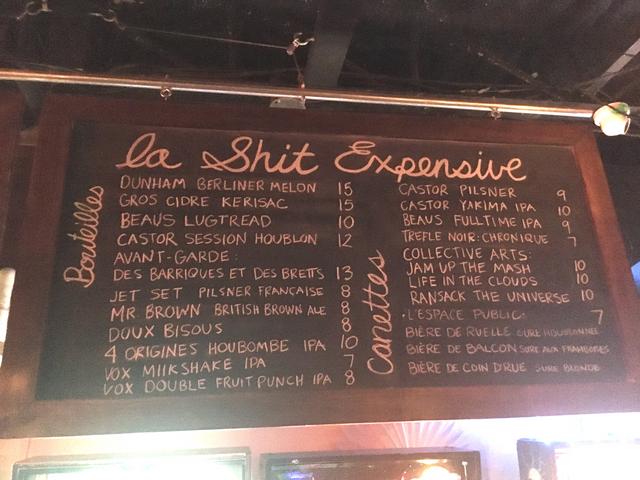 I want to go to there

Why do I have the feeling the YOU think Ruby thinks you’re awesome?

And you are awesome,

But Ruby might not agree based on that expression.

A smooth taint is the only way to slide down the banister.

Just don’t go sunning your smooth taint, because that’s the current frontrunner for stupidest way to get lots of instagram followers and cancer simultaneously

But it seems like a good way to meet Dr. Pimplepopper, assuming she does other dermatology work.

I know a guy who once went “skinny skiing” naked in the Sierra Nevada on a sunny day and got sunburnt on the bottom of his nut sack. Extremely unpleasant according to him.

“Ruby is a 9 on the Moh’s Hardness scale, only two things are harder: diamond, and me.”
You can have that one for free, your welcome.

“Got one that a cat couldn’t scratch.”

Yeah, like I haven’t been tricked by that sentence before.

Never met one yet who wasn’t batshit cray cray.

Less or more if it’s a dye job?

Dok, that is a very pertinent question.
My answer is … I don’t know.
They’re all nuts. Not sure why.

Well, none have killed any conductors… to my knowledge. Yet.

Love me some ginger bush.

I miss Marshawn Lynch and his Skittle thing. Do any players in this game enjoy quirky snacks?

I liked his Mom in the Chunky Soup commercials.
Him, not so much.

Oh no, wait, I’m confused. That was that other dick who played for Seattle for a little while.

His mom was still cool though.

Juice drink is labeled as vegan. REALLY YOU DON’T SAY

I recall a memory, during the NO CARBS fad, my mom bought a case of diet ginger ale. There was a sticker on it screaming, “NO CARBS!”

My favorite is Gluten Free shampoo

I only drink juice that’s been fried in suet. Just a personal rule. 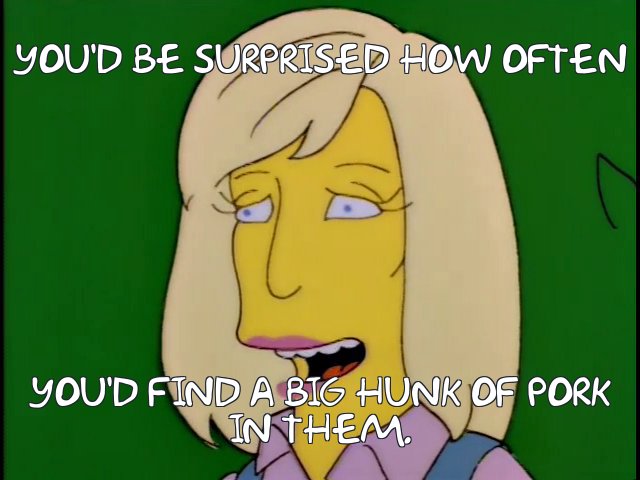