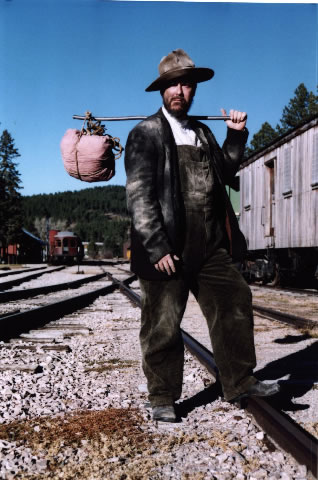 God, I hate the city.

There’s too much rushing around and for no good reason that I can see. Folks being busy for the sake of being busy because everyone around them is ‘busy’ or pretending to be. Things do seem to slow down a bit on the weekends and that’s my favourite time of the week. Guess I’m like most in that respect.

I found a small apartment-I’m on the top floor of a three story walk-up. Only six units and it’s a quiet building. The one next to us is the same deal but there are some younger, party-type people there. The neighbourhood is a good mix of well-to-do types, starter families, single worker bots and random people like me that keep to themselves-for the most part. I say for for the most part because just the other day I had a little adventure…

I should back up a bit. A few Saturdays ago I was looking out my living room window onto the park across the street and noticed two younger mothers arguing with a dicey-looking fellow. Didn’t make much of it the first time but it happened again just the other day. I really didn’t think it wise to stick my nose in but, well, the young women were visibly upset. I grabbed a jacket and hurried across the street.

-Is there a problem here?

-Yeah, you could mind your own business, pal.

-This guy sits on the bench and just stares at our girls. It’s disgusting!

-It’s a goddamn public park and I can do whatever the hell I want. I ain’t bothering anybody.

-We know about you, you and your, your history.

-Fuck off, you don’t know anything about me.

He put out his cigarette and left, crossed the street and walked into the apartment building next to mine.

The ladies thanked me for intervening.

-What’s this ‘history’ thing you mentioned?

-He’s got a molestation charge against him, we heard. How he’s allowed to live across the street from a park that kids play at, I have no idea! There’s a ton of kids that come here without being supervised. We’ve seen him talking to a few of them-We just know he’s setting up one or two of them. We’ve called authorities and they’ve done nothing!

-Huh, that’s shitty. I guess I’ll just keep an eye out when I can.

I went back to my apartment and did some thinking. The park abutted a parking lot which was in turn beside an old arena which was no longer in use. I took a little stroll behind the arena and saw that there was a small area of overgrown grass and high fences that separated the grass from the backyards of roughly six houses. Hmmm. This could work…

The skeevy guy actually respected the no-smoking rule in the apartment complexes-I guess to his own benefit. He did smoke in the park at all times of the day and night and talked to more than a few kids that happened to walk past him. Some would engage him, others would not. It was a bit bothersome that the area, especially the parking lot, was so well-lit so I set my alarm for 3am, collected a few rocks and broke a few lamps.

His last cig was usually around 11 at night so I waited until Sunday before engaging him.

He was there-per usual. I walked out of my place and took a look around-there weren’t many houses with lights on. Perfect. I approached him-

-There you are. Me and you-we’ve gotta sort things out.

He could see what was coming. Well, I don’t think he saw everything. He got up and got in my face.

He took a swing at me, glancing the side of my face and then tackled me. I shook loose and backed up across the small parking lot, towards the rear of the arena. I began selling him a false bill of goods. I put my hands up as I backpedaled.

Of course he sensed the advantage

At the edge of the lot I let him edge closer to me. I could smell his godawful breath.

-Thought you could just scare me away?

I reached into my pocket quickly and pulled out a fist-sized piece of concrete. As he swung he leaned forward and I hit him flush on his left temple-his knees buckled and he fell. He tried to get up but his legs weren’t obeying him. From my other pocket I grabbed a plastic grocery bag and wrapped it over his head. He kicked a bit but it didn’t take long. I dragged him the short distance behind the arena and wrapped him in the tarp I had left there the night I was ‘dimming the lights’.

I woke up the next morning. I checked the weather. It looks like we’re getting about six inches of snow total today and tomorrow.

I’ll bet they find him in the spring.

San Franny heretofore stifling D is looking a mite vulnerable this last little while. Over their last four tilts they’re 2-2 and have given up an average of 32(!) points. Yoinks! Shanahan The Younger doesn’t have much time to right the ship but playing against a running back depleted Seattle squad might just do the trick. Oh yeah, (limited) Beastquake is back in town.

Just saw one of those ambulance chaser commercials for being molested as a boy scout. That is just incredibly dark shit for a Sunday night between football highlights.

Jason Witten got hair plugs to become a broadcaster, got fired, shaved his head and returned to a team that blew a lead to the zombie Eagles to miss the playoffs.

Dude. At least keep the plugs.

Witten doing a postgame interview in what looks like a suit he inherited from Don Cherry, sounding like Boomtown from Letterkenny, and I can’t wait to have that shit forced on me every Sunday for the rest of his life.
https://www.youtube.com/watch?v=VX_hLrtLpqo

Under a week of vacation left, and honestly not sure what the point to living is now

Nah. But try to refer to handjobs as Kraft Singles

I might consider this if I didn’t actually have any Kraft Singles in my refrigerator at present. But I do, so no.

I need to make one for Big Red

Still dunno if I trust one sneak over two roll-out passes out-of-bounds, May have to risk a shotgun snap. Think the sneak was right, regardless.

No one here can believe the delay of game penalty. It ranks with not handing Lynch the ball on the one yard line.

Which, if they had, would have avoided the penalty.

Everything worked to perfection until then. Petey just tends to get that half-click too cute/distracted.

I mean…how the fuck do you get ready to play again, in just a week?

Night games for NE, then Balmer. Interesting potential weather choices. I like that better for TN than NE.

Seeing takes that Pete let it happen because feeding marshawn would be admitting he made the wrong call against the pats. Seahawks are a weird thing.

What do they say? History doesn’t repeat (re-Pete??) itself, but it sure as fuck rhymes!

I’m torn – I wanted the Hawks to win, but I also didn’t want to spend money on playoff tickets.

And not in a way that excites a certain player.

Worse for N’Awlins, really. They’ll not win in Lambeau in January. And if SEA beats PHI (which I now doubt), they could easily win in Santa Clara. Putting them at home anyway.

Haha sneak it out

Punt the ball. Seriously. It will kill the nine seconds.

Naw. That risks a block. QB sneak it. Give up the safety if need be.

Quite the trading of fuckups.

End the season on derp

Why are you booing?! If they don’t score they lose!

Okay, NOW they can boo.

This is boring but also exciting. What the fuck.

Throw it to Butler, Russ!

Janneane probably shaved right before the game, already with the 5 o’clock shadow. Dude is like three generations out of the trees.

Plenty of time, all of your timeouts left…it’s Marshawn time.

Betting on Wilson to make a mistake, with your DL dog-tired.

at least if you go for it, you win OR have time left. Be nothing now.

You punt, you lose. Balls on the table.

Punch, counter-punch. Nobody can make a stop.