There are certain commentors here that are emotionally challenged, er, invested, I meant to say ‘invested’ in this game and they should be out in force tonight. Don’t forget to put on your kid gloves before engaging them-they’re in a vulnerable position right now what with everything on the line and all.

-Rb Mark Ingram was ‘limited’ in practice late this week but he’ll play. Not sure how effective he’ll be. Maybe we’ll get a handful of Gus Edwards! That’s sticky.

-Speaking of running backs, there’s a broad-shouldered guy that has hoisted his team up there. Earlier in the year I pointed out that Oh Henry! wasn’t human and I stand by that observation. He’s got to do everything and a lot more in order to bulldoze his way to the W. There’s a real danger that the Ravens big, physical and aggressive D-line pushes Tennessee’s front backwards more often than not.

-I don’t think the Titans can win with Henry getting twice more yards on the ground than Tannyhill did through the air. There has to be a few long, successful deep shots to A.J. Brown in order for Baltimore to loosen up. I don’t think they’ll play the Belichick game of ‘let Henry get his and we’ll shut down everyone else’. They’ll get after it.

-The Ravens just have too much talent, right? That pass game that has to have an impact for the Titans meets up with two All Pros in Peters and Humphrey.

-Prediction Time. Henry finally succumbs but not before going out with a fight. Ravens 33 Tits 17.

Go Ahead. Make my night.

It feels like a Seahawks super bowl year. They’ll win it by 2 and finish with a 0 point differential for the year. I put it on my vision board so it has to come true.

The only thing missing

Oh, FYI: Stacy is a hot-ass sculptor now, but is very private.

I put this on the wrong comment. Going to bed now. Great day of football. Best weekend of the year.

They’re not tetas puertoriqueñas, but they are definitely winners

Ravens Twitter is just a delight right now. Might have to bring back “Hope Clicks Eternal” for another week.

I expected this blog to be filled with pictures of hot Puerto Rican tits.

I’m not mad at you, I’m disappointed in you.

The last thread had some but I think Spur went to bed.

They’re all shaken up

All my saved pixxxels pics are fubar 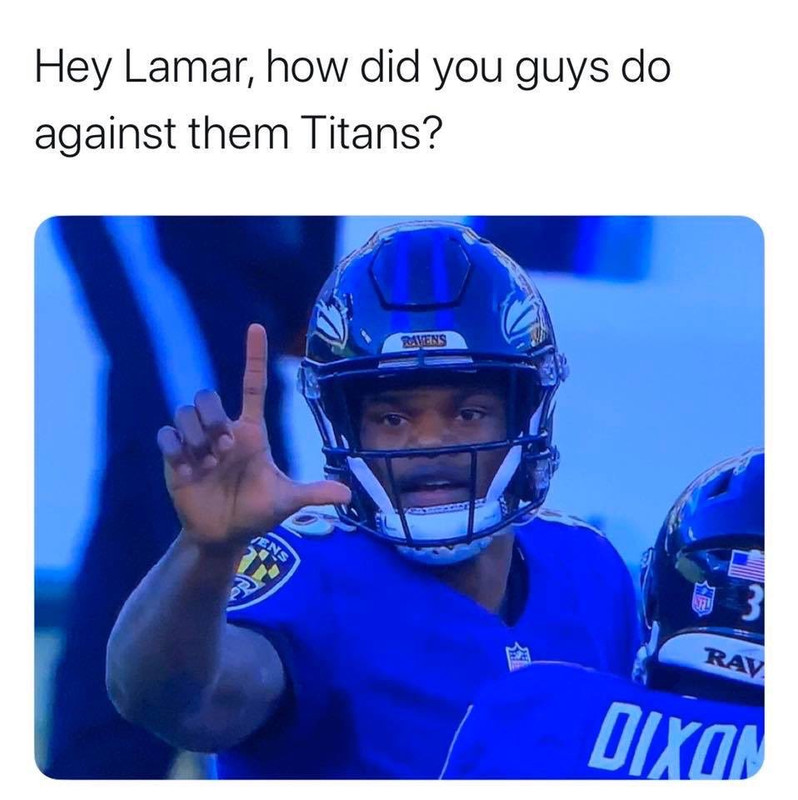 Bonus points if the 2019 MVP gets grief for being sulkier on the field than Cam Newton.

He’s going to have to up his hat game something fierce.

I haven’t seen so much purple mess since that Grimace-Barney sex tape.

Bill Cowher: The Titans do not beat themselves.
tWBS: [snickers quietly]

I generally don’t care for blowouts or beatdowns, unless the team administering the blowout/beatdown is the underdog. Such was the case tonight. Not a blowout, but definitely a beatdown. Props to Titans. If y’all face KC next week, please do it again. If you face Texans, let’s have a close one. I won’t even care who wins that matchup.

PAPER TOWELS FOR EVERYONE WOOOOOOOOO!

“Those fucking brownies still owe me money for those paper towels.”
—Dear Leader

JUst show pics of his gun toting smokeshow of a wife.

Yeah. Let’s instead revel in the glory of Bear QBs.

Dude, we have to a meet to discuss your bannination for excluding Sexy Rexy from that list.

THE NARRATIVE was wondering if this is Andy Reid’s year with the P*ts out. Naturally this will be a surprise “played on the P*ts” scenario.

I guess I can handle the fact that one of my favorite TD-catching linebackers from the Pats SB teams of the Aughts is now the coach of a team that defeated his old (and my long-time) team in the playoffs, and defeated the Baltimore team that I don’t care for (don’t get me wrong, I like that Jackson kid), I’ll rationalize that shit from now until opening day come September. Go Tits. But Go Texans too.

Just not as well, apparently 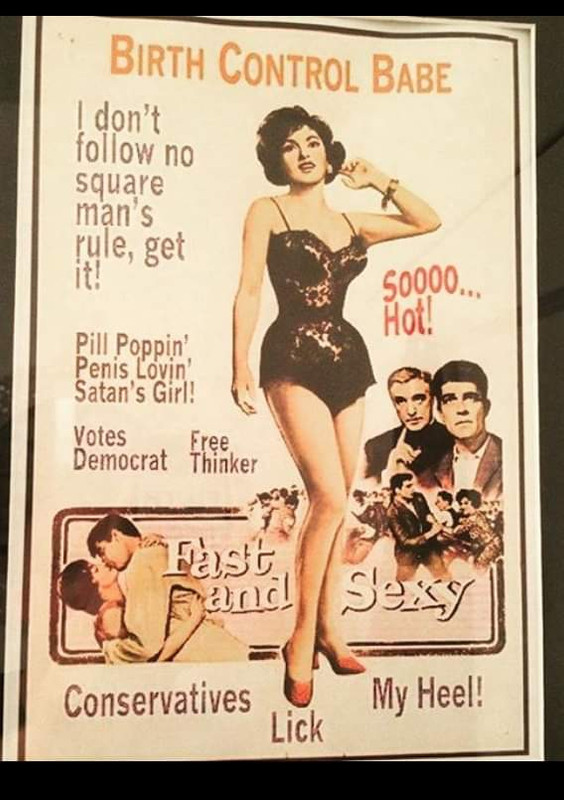 You sir, are a scholar and a gentleman.

Man, Nancy Pelosi was really something back in the day…

Congrats to Don T and his tits.
Wait, let me rephrase that…

I want AFC South teams meeting in the Conference Championship. Sweet spite, you bring me life.

That would be so fucking awesome. I’ll be happy with either of those teams winning. Fuck KC.

So now all the AFC teams are playoff punching bags, historically, so we’re looking at an AFC final where Reid or O’Brien lose to the titans on a clock management issue. I hope it is so.

This win was impressive as hell and the Tits will probably win the AFC.

I can live with that outcome.

Ghost Adventures is on

Oh well. As my father used to say, a day U*NC loses can’t be all bad.

Been a roiugh day for purple people.

I like how Fouts ignores the obvious pull on the receivers jersey while babbling about the great D.

That said, the Tits deserved this one.

Seems like a lot of coverage sacks are happening off-screen.

Crookshanks? Kneazles are playing in the secondary?

Only half of ’em.