I promise you that the Tigers will win tonight’s NCAA Football National Champs game.

You can take that one to the bank.

Seriously, even if he does look as if he’s a couple chromosomes short of 23 pairs, Trevor Lawrence has the best hair in the game.  Just look…

But have to give the dude credit.  Since he took over as the starter under center at Clemson, he has yet to lose a game.  Which is somewhat annoying to a fan of a team in the same conference division, right Hippo?  Yeah, me too.

LSU’s  QB Joe Burrow?  Well he’s just won the Heisman and is poised to try to become only one of a handful of winners to also win a National Championship in the same season.  That dude is good.

But let me tell you something if I may.

In spite of two very capable and future NFL QBs, this game is going to be decided elsewhere probably.

Both teams bring it on defense.

LSU will do everything they can to shut down Lawrence’s passing game.  And possibly aside from size and speed (their DBs are smaller than Clemson’s receivers) they have the personnel to do it effectively.  Maybe.  Which might open it up for Travis Etienne.  One of the best runners in the country you’ve probably never heard of.  If that happens, and Clemson can get an early lead, they could very easily control time of possession and ride this one into the barn.

And same thing going the other way.  Clemson is going to try to hold Joe Burrow under control.  And they probably can.  Maybe.

That could very well open it up for LSU’s rushing game in a big way out of Clyde Edwards-Helaire and Tyrion Davis-Price.  They’re no slouches, trust me.

Bottom line, I expect this to become a ball control/time of possession game.  Whichever team makes the fewest mistakes will take it.  It could even be decided on some freak special teams play.

LSU has survived a much tougher schedule this season.  Clemson has more experience surviving in the playoff.

I wouldn’t bet this game.  But if I had to, I’d bet the under, which has been dropping all day (all week actually) which means others agree.  And the Clemson ML +180 (if only for the jinx factor).

And don’t forget, Dabo Swinney has Jeebus on his side.

Frankly, I just want to hear Ed Orgeron talk some more.  He has the most soothing voice evar!!!!

Either way, it should be a good game.

So talk about it here.

Hey, at least Satan is home in Tuscaloosa.  AMIRITE????

theeWeeBabySeamus
An unapologetic, even if often manic-depressive (it's a requirement given his choices of sports teams), fan of NC State University, the Baltimore Ravens and the Baltimore Orioles. When not parked in front of the computer and/or TV, can often be found on the golf course shouting obscenities to no one in particular.
Please Login to comment
101
133
0
28

Dabo can’t be happy with all of the scoring going on right now.

Jeebus loves him some Dabo, it seems.

My understanding is that Jeebus loves anyone who talks about Jeebus.

Kind of a narcissist, that one.

You know another narcissist that likes hearing people talk about him?
Fuck it, I’m not even gonna bother leaving a hint.

That frat-boy prick the Dalai Lama?

A large percentage of these cheerleaders are going to get laid tonight-in my dreams.

/jk, I’ll be tuckered out after foreplay with the 1st one

Yeah, some of those dudes are handsome.

And, if I’m being honest, I can’t lick balls all night like I used to.

The key is cocaine and changing positions.

Stretching and hydration are also important.

Then you can watch. Do I have to think of everything?!

My parents love it, because old.

But what if I don’t watch regular 911? Can I still get that recommendation? What side effects are there? Can it be used in conjunction with NSAIDS and Gas-X? 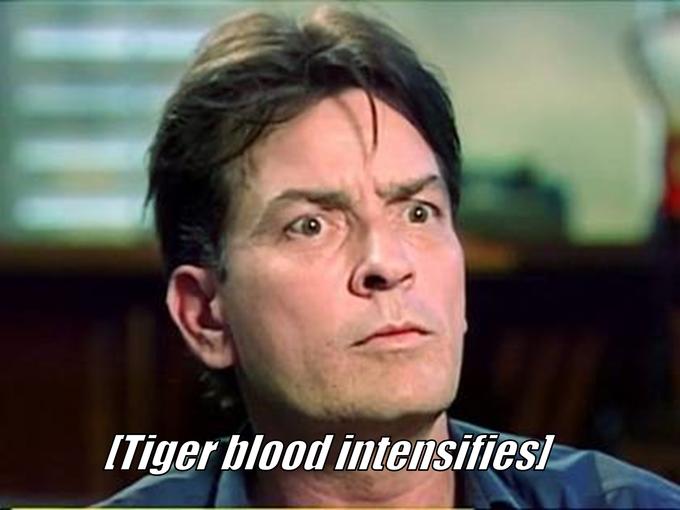 Channeling my inner Bob Belcher tonight, and these burgers are excellent.

Damn, she fucked up that handoff.

This Burrow guy might be good enough to survive in Cincy with no help for at least 1 year.

Well, there ya go!

We can haz game now?

Dad: “No line support. No running game. Receivers not getting open. The way I see it, this is getting Joe ready for the Bengals.”

We liked the alligator-armed Ratbird WRs so much, we brung ’em back for tonite!

Burrows playing like this in hopes of not getting drafted by Cincinnati?

Old man with a “dip cup” – that takes me back to petrified drives with Racist Grandpa.

This slowfie commercial makes me want to punch a puppy.

things like this are microcosms of why I recluse

Seems like an early bedtime for Hippo is in the cards.

Kendall Jenner and her pores are opening up about her acne.

Good practice for playing on the Bungles.

I hate the fucking Tigers. That’s why I’m rooting for the Tigers tonight.

the secret is when they add the chives in

much like how The Chive was “diarrhea in a weblog”

And just to be sure you shit for days, apparently you have to wash down their “food” with anti freeze.

Antifreeze and Mountain Dew both function as the same thing do they not?

Found a funny:
A lot of people claim dogs are “good” but I’ve never met a single one that cares about climate change

I know-I’ve told my dog so many times that if he could just stop wagging his tail he’d reduce his carbon footprint 75%.

That’s why I only have dogs with docked tails. While cruel, it IS ecologically sound.

I once adopted a rottie mix with an undocked tail.

Took me all of two hours to change my opinion on tail docking.

Also good at clearing drinks and food off the coffee table.

Hey, it does no damage and only lowers your defense! I say bullshit!

You’re sure these are the two best teams in college fitbaw?

“Not recruited by his dream school Nebraska” – that’s funny

Don’t they still be all like “forward passes make u gay?”

That and reading The New York Times.

More like ““forward passes make u gay and where’s my corn welfare?”

Delpit must be a Cowboy next year. Make it happen Stephen Jones.

Better than him jizzing my pants

Well, don’t stand too close to him and you should be okay.

you think Satan would have be able to nix a Trump visit?

It’s my team or Trump!

Rooting for LSU because of Coach O. Obviously he’s awesome, but the fact that USC took Sark over him is just icing on the gumbo cake.

Pac-12 crew? Get ready for the DERP

I was looking for college cheerleaders and I found this:

Who’s dick did Booger suck to get to walk out for the coin flip?

Being an alum gives you a lot more prestige than it should. He’s royalty down there

That’s right. He was a really good player before becoming an awful awful announcer.

He gave some Booster’s wife the fucking she been wanting.

Was he giving commentary during that as well?

An Empire in decline.

Stupid question for you chefs on here:

Used half a carton of the chicken broth left in the fridge, and only just now noticed it says to thrown it away after 2 weeks after being opened.

I think we used it the week before Christmas, broth was already in there, so I just added the usual fixings.

I know to never take a chance with expired meat, but just wondering if I’ve made a colossal mistake

If they say it’s safe for 2 weeks, I am willing to bet 3 weeks is fine. Don’t worry, enjoy your chicken!

Send that Tiger out to eat fuck face trump

No tiger deserves that kind of abuse.

They look so lifelike, don’t they folks?

They don’t seem attention-whorey at all.

Can we get a two part banner comment out of this?

Bizarrely, I ain’t bet this’un. Could see the argument for each side of it.

I bet son of Clem and took the points

Exactly! They couldn’t have played this last week instead of giving us the “Piss Bowl?”

“Piss Bowl, you say? HEY! WHY DIDN’T I KNOW ABOUT THIS ONE? Air Force One could have gotten me there for the kick-off!”
-Anonymous, 1600 Penn Ave

I thought this was the kickoff for next season