The opportunity to kick in the XFL has presented itself, i must tryout Monday in Houston, I’m excited as hell & I’m sure all will go well 🙏🏿

Somebody give me a hell yeah!

I want to thank Seamus for writing up the National Championship game for last night’s Open Thread. I didn’t have a dog in the fight, so didn’t feel I could prep something up. Sometimes one has to stay in the appropriate lane.

Beerguyrob
A Canadian man-child of indeterminate age, he stays young by selling alcohol at sporting events and yelling at the patrons he serves. Their rage nourishes his soul, and their tips pay for his numerous trips to various sporting events.
Please Login to comment
30
23
0
14

Just to remember this here. 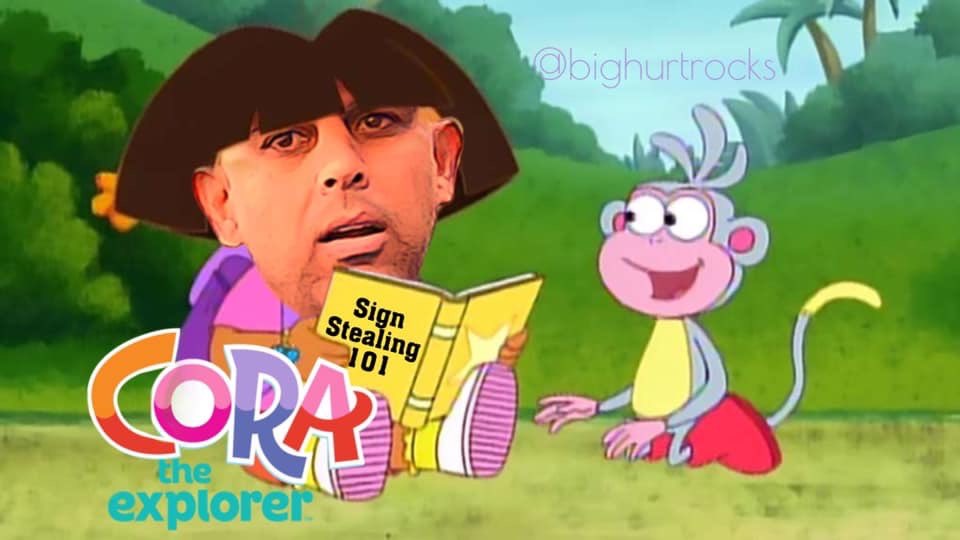 Outside of Warren shoving a dagger in Bernie’s side that may or may not backfire, that was an incredibly boring and stupid debate that was mostly just CNN framing everyone as anti-war and pro-spending in the most conservative way possible

Speaking of Jeopardy, who has two thumbs and finally after about six years signed up to take the test?

“Senator Sanders, it says here you love the taste of the Ayatollah’s dick. Why are you such a huge pussy?”

if a player steals my beer they better become a meme pic.twitter.com/lemBAygJ4m

Shit, he’s still on my IR. Crosby I mean.

She definitely has the chained-up staffer

Mahoney at least got Commandant Lessard a willing volunteer.

Bidens face looks like they dunked his head in a barrel of liquid skin. No surprise face bleeds tonight!

Japanese broadcasts of the debate are pixelating Tom Steyer’s neck.

Everything is wonky-turvy. The refs are calling things in Clemson’s favour.

So much for that.

Klobuchar in the too on-the-nose red shirt

Cheerleaders with knee braces really turn me on because I know that I’ll always be able to chase them down.

Or they are cyborgs which is pretty cool too.

How confident are we that scotch’s hobo-killing stories are fiction? I’m becoming concerned…

I would stay away from Northern Ontario

“Retiring ain’t that big a deal.”

It only counts if he remembers it tomorrow morning

Islanders might not even score 10 at this rate; SAD.

[says out loud] “This 4th jigger of scotch is mighty tasty!”

I’ve had the hiccups for the past three hours. It’s beginning to annoy me.

I want to thank Seamus for writing up the National Championship game for last night’s Open Thread. I didn’t have a dog in the fight

Even though my pseudo-predictions on how the game would play out were….let’s call it “not 100%”? I’m just happy Clemson lost.

I was thinking this:

Found a funny:
thinking about my friend’s bit where he would tell every Denny’s waitress “i went to school with Denny”

Also on the teevee tonight is a special hockey exhibition between an NHL team and an AHL team, in Long Island.

Do you like how the league only suspended Kassian for 2 games? The 3rd game would have been another battle of Alberta, he is in. Both cities fanbases are funny right now.

Calgary fans “He is a great pest, you wish you had him”
Dumpsville fans “Fuck you, he is a turtling pussy durrrr respect the code”

I have no dog in this fight but I kinda side with Ice Stamps fans. Kid was smart drawing those penalties that led to the game winner on Saturday.

All suspensions are a joke until Marchand gets at least 10 games for his next infraction.
/Isles on pace to score 12 by the way

One win won’t erase the shame his teammates feel

The thing that annoys me most in the league right now… ok, that’s Gary Bettman. And Leafs fans. And the entire Bruins organization.

But right after all those things, it’s this tendency to flip the fuck out at every hard hit, even if it’s clean. You are not required to fight just because some asshole is embarrassed that you tagged him good.

If Kassian wants to rag doll a guy to draw attention to the fact that he won’t fight, fine I guess, but he’s going to have to suck up the penalties and suspension. Seems like the kind of shit that the Oilers shouldn’t be doing now that they’re not last place losers any more.

it’s always been the case if you take kill shots at tough guys. Those hits weren’t really clean, either. Hip check to head on first and both were on a vulnerable player coming around the net. Aka what guys like Ruutu and Downie got suspended many games for.

I am away for work. It is around – 40 C here, not quite the getaway normally associated in Canadia in January.

Zoiks! Just one more day of -15 here and we’ll be back to the usual melt/freeze/melt cycle.