Finally – don’t tell me that being a season ticket holder has disadvantages, because feast your eyes on this!

Yep – a whole 20% off an XFL ticket, to watch Jim Zorn coach. I’ve left the code up in case you can’t go without, because I love you.

Beerguyrob
A Canadian man-child of indeterminate age, he stays young by selling alcohol at sporting events and yelling at the patrons he serves. Their rage nourishes his soul, and their tips pay for his numerous trips to various sporting events.
Please Login to comment
25
58
0
23

My birthday began 1.5 hours ago. My local blue collar Quebecois pub treated me to a free drink and a bunch of stuff in French.

Happy Goddamn 40th, you magnificent bastard. Raising a can of light shitty beer to you.

Lemme know when you get back stateside. I’ll buy you a drink at the Harbor Room.

Thanks! Currently in Anaheim, but you may have been talking to Bricois.

You can come to the Harbor Room too.

Happy birthday you prince of Playa Vista. You King of Southern California!

Of the innuendo type?

But if anyone offers you a Laurentide, they will try & rob you outside.

Hell of a day. Poor Antonio Brown (I mean that). He’s a mess.

Getting back into slightly unbad habits, I’ve worked out two days in a row. I can’t really move, except to get therapy beers. Thank Shiva for modern medicine.

After the weather and the ugly ass illness I’m back on the ground myself. Walking another 5 miles tomorrow. Third day in a row!

Kudos to you for getting back on the walking horse!

We gotta work twice as hard for half the gain, but it sure beats the alternative.

When the weather is warm and 67 degrees the easiest thing on the planet is to strap some shoes on and get some miles in.

When it’s cold and still dark when you wake up?

– Aaron Rodgers, on a road trip to play the Liouns

So, I have read a lot of history in my time, and consider myself a bit of a “history buff.” Earlier in my life, after reading about it and thinking I would never have that experience, I often wondered what it would be like to live in an authoritarian dictatorship. Looks like Mitch McConnell is going to provide an answer once the Republican Senate delivers the acquittal. Should lead us to a Dem-lead senate in November, unless the vote-stealing and disenfranchisement keeps going at great guns, or martial law is declared for some reason by the anthropomorphic animate overfilled colostomy bag in the White House. Repub Senators will be seen as either complicit, stupid, or immoral if they acquit, except in the view of FOX watchers. I really fear for the future of our democracy. Otherwise I’ll be hoping they set up places like this:

There is only one Sol that matters.

The one thing I cling to (other than my penis) is that Trump is so weak he was recruiting Ukraine to help him win. That tells me the vote-hacking may not be as prevalent as we fear. Also, he won (by 1% which isn’t suspicious at all) a lot of states that had Red governors/legislatures in 2016 and are now blue. State-level fuckery isn’t as likely this time ’round, and I think the GOP is last-gasping at this point.

Been wrong before, however.

I just finished up with “Case”, which is yet another Scando Mystery Netflix thingy. It was excellent, btw. It’s so curious watching a show/shows where teen sex and drug use are just… meh. And if someone wants to get their hands on a gun? Good luck-you’ll have to steal it from a soldier/ex-soldier or a policeman or a hunter. Them’s yer options.

I have a theory Mr. Peanut knew too much…
And now he ded. oh well.

This whole thing is nuts

Found a funny:
Mobster: Take Jack up the hill and make it look like an accident.

This was one funny motherfucker. RIP TJ.

RIP Dude
me and three friends sang this at our high school musical show our senior year. Good times! 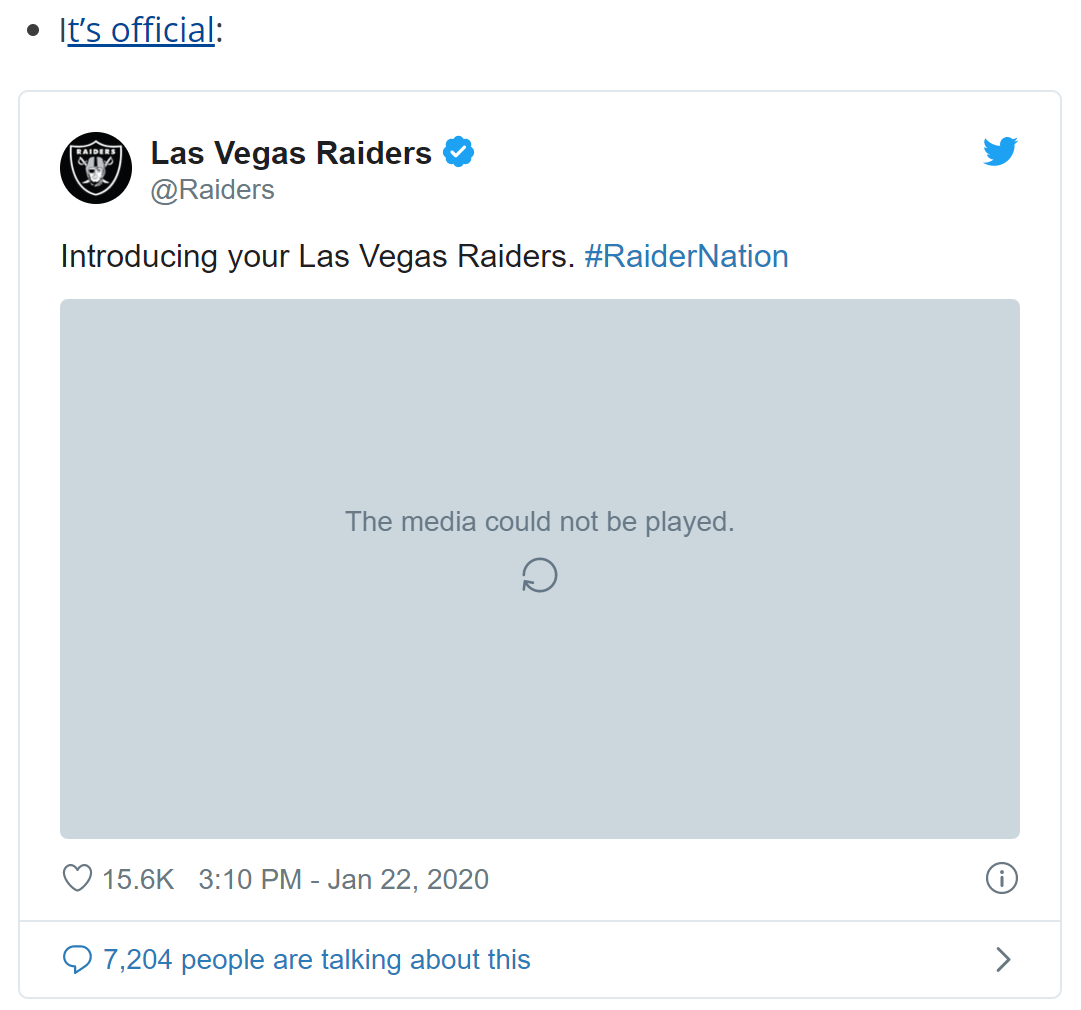 Oh, and Rosemary’s Baby is on TV!

Being submerged naked in the ball pit got boring.

This is why edibles and a flask are standard Dad issue.

I can’t endorse this enough.

LOL
I heard that if you get 500,000 tickets, you get to kill one of the mechanical singers.

I’ve never been in a Chuck E Cheese. They serve hard liquor?

I’m pretty sure that combination led to Five Nights at Freddy’s.

Stoopid late to this thread, but Chuck E Cheese is the chain restaurant that the police attend most. And yes they sell booze. Oh and lets add family. Can’t image what could go wrong here.

oh yeah. Time to cash in on that George Kittle hype. 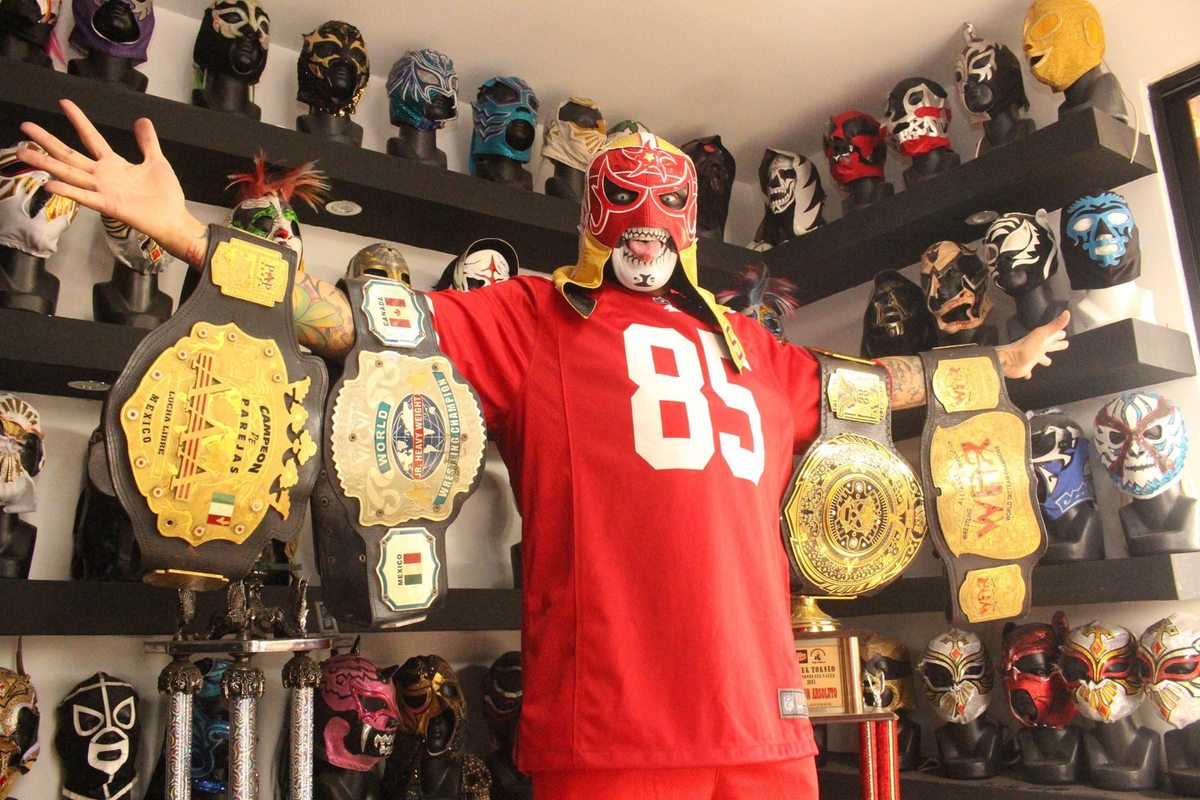 Game’s halfway over and Pierre’s comments haven’t made me want to kill myself yet–oh no, I’m dead, aren’t I? Is this purgatory?

Was Don Cherry waiting for you on the other side of the river Styx? If not, you’re still part of this darkest timeline.

They honored it so much that they made a rule specifically making sure it never happens again!

Best All Star moment of all time maybe of any league largely because of what a perfect middle finger it was to the shitheads running the show. Say what you will about Vince McMahon, but at least he knew how to make money off everyone hating him

The All Star game is a joke. The Skills competition used to be the best part, but even that is getting lame.

Red Wings haven’t sucked tonight as much as usual, I must say. Not that I care either way.
Still, I wish they were showing Winnipeg/Columbus.
Oh well.

I’m not well liked. You haven’t figured that out yet?

Oh my. You sweet mid-winter child…

I’d believe you if they weren’t closer to 0 points than a playoff spot.

If they were allowed to keep their points from last season I still don’t think theyd make the playoffs.

RIP, Morgan Wootten. You were a good man. And an amazing coach.
And even though you didn’t take the job, you were part of the reason NC State won it all in ’83.

We went over this already, it’s teh bastard man.

I love him to death for obvious reasons but Eli shouldn’t get into the Hall because he’s got the 117/117 win/loss record. He’s the most average qb there ever was.

Scotchy’s evil twin: “I don’t care how many movies he was in, Dan Marino shouldn’t be in the Hall because he never WON THE BIG GAME.”

Thanks to a 10-21 record against the Eagles and a bonus 0-2 against them in the playoffs. Lol fuck the gints

For comparison, McNabb was 98-62-1. Elisha can get behind the bitter old choker.

Donovan was a hell of a QB. They were the class of the nfc for years.

If he could just keep his mouth shut for 10 minutes, it’s how he’d be remembered

It’s a great question. He did play great when it mattered. People say Peyton choked too but he was 3-2? 3-1? Vs. Brady in AFC championships. 5 mvps. I would go with No for Eli but he beat a 17 win juggernaut in the super bowl (maybe mvp? I’m not checking) and for that I will always love him.

He grabbed the MVP in both games. As a Giants fan I feel that his play in Green Bay and San Fran in the NFC championship games (on the road) during the SB years was almost beyond belief. He had the shit kicked out of him by the opposing D both times and just kept on making plays. I still don’t get it.

It was both. That’s what I like more than just plain old stats. Did he change the history of the game? They almost beat them in week 17 I think too. If you were paying attention you could see that possibility.

At least I have an hour on MeTV and MASH reruns as sanctuary from this nonsense.

Rep. Schiff: “I’d like to begin the Evening Session with…”
Me: (inarticulate screaming)

How about just an peach

I would have expected that during Perry Mason (at 11:30, which Padre Weaselo watches religiously.)

Plus, you’d think Trump would’ve preempted MASH when it was the Republican’s turn to gaslight.

I wouldn’t be surprised if Trump’s handlers slapped a Fox News logo on an old episode of Matlock and then told him that he’s on the defense team.

I love Schiff, but I’d much rather see some new testimony. I wish the Impeachment Managers would just unload some lurid descriptions of what *might* have happened in an effort to force some testimony from Bolton, et. al in order to refute it.

Raider home games in Vegas are going to be insane.

You only lose your PSL if they have to replace the seat due to blood stains.

I heard they banned tailgating, which is fine since the strip is essentially tailgating anyway