There’s much talk of drinkling and fooding in the early thread so I know that everyone is doing it right proper today. The forty-five minutes I spent on the elliptical (god, I hate that motherfucker) won’t even begin to justify the calories that I’ll be absorbing through the day but we all like to pretend, right? And this tilt-doing the research for the intro it’s remarkable how well coached these teams are, the disparate weapons each squadoo has, the game-planning that’s been done to get here… Everything about these two teams is so impressive. So, as Guga Foods would say, Let’s Do It!

-San Fran has only trailed by more than 7 points just once all season long. But Andy Reid’s record after getting a bye in regular and postseason is a gaudy 23-5.

-In bottling up receivers the Chiefs D has allowed the 3rd-most catches to the tight end position. Kittles has been vewy, vewy qwiet the past two weeks but he may have to be the gamebreaker today if San Fran has to match scores. He’ll most likely be defended off and on by Honey Badger who has been very effective in a ‘roaming’ role this season.

-It certainly seems as though the Niners own the best d-line in the biz and the numbers back them up. When Armstead, Ford, Bosa and Buckner are on the field at the same time they get a pressure rate (just think of a fast-collapsing pocket) of 44%. On third and fourth down that rate rises to a ridiculous 57%.

-So Mahomes under pressure-I wonder how his numbers look when he has to throw in 2.5 seconds or less. [shuffles through notes] Ah, here it is-he’s 218 for 300 on his completions (72%) with 16 TD’s and no intercepts. Jesus Christ.

-I took a look at prop bets and the one that makes me curious is Mahomes running yardage at 24.5 or 30.5, depending where you look. He’s run for 53 in each game, you know there’ll be at least one designed run for him, you know he’ll get flushed out of the pocket a few times and you know he’s going to take off if there’s a long ball play and Hill is covered and the open middle of the field beckons. Am I missing something here?

-Prediction Time: I don’t think this game will get away from the Niners. I do want Reid to get a ring and not be saddled with the ‘couldn’t get it done in the big game’ albatross. I am all for Mahomes getting a Super Bowl under his belt on his way to eclipsing Brady as the best QB of all time over the next 15-18 years. Let’s do 31-28 Chiefs.

How about you? Where’d you put the moneys? Who was the first to bring up politics out of context? Who’s the sloppy drunk in your gang? You didn’t burn the nachos did you? Fill some space down below. 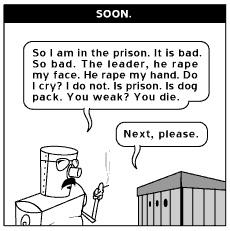 Native bands do call their leaders Chiefs, though. Here at least. So I’m not willing to accept that it’s a slur as-is. I also wonder about how many of the fans were dressed up like that. I saw a lot of crowd shots and didn’t see any I noticed in offensive regalia. Some will do that and they should be criticized but the vast majority are just fans and have no say in their team names. Like Minnesota fans. I’m of Scandinavian descent and they don’t decry my culture being maligned as a brutish group of killers.